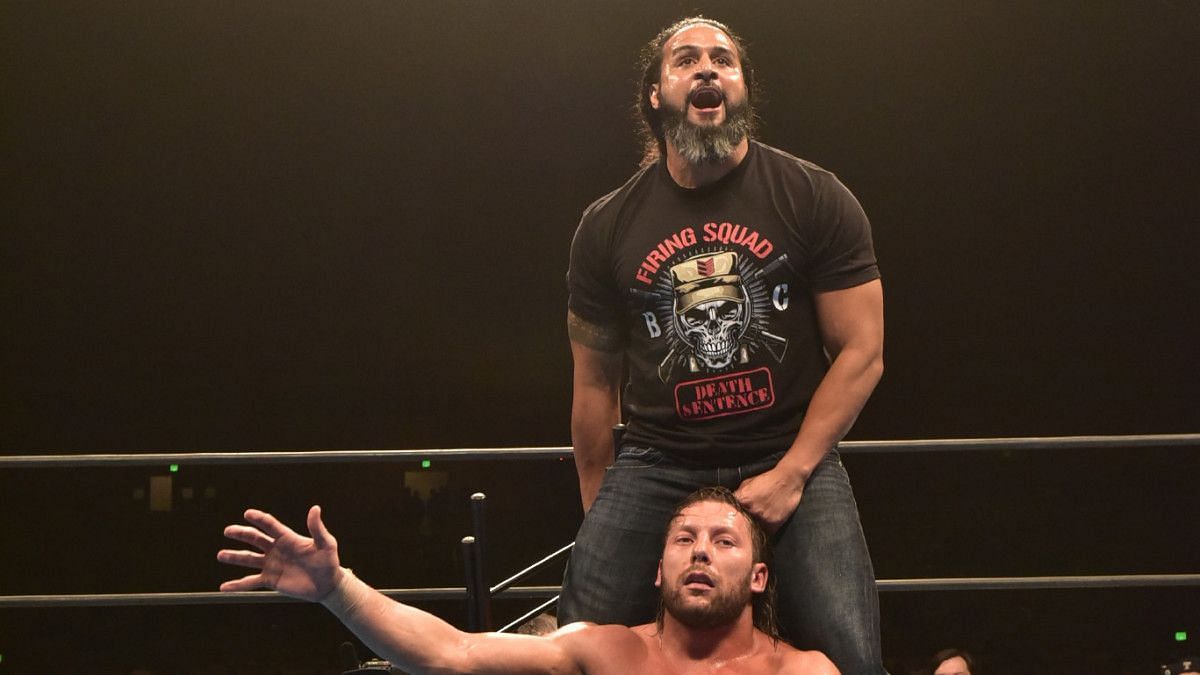 Could we be seeing Bullet Club OG Tama Tonga popping up on AEW or IMPACT Wrestling soon?

The former IWGP Tag Team Champion took to Twitter to respond to a tweet that asked if the Guerrillas Of Destiny would be making their way to the United States to set their sights on US-based tag teams.

Tonga responded to the tweet by writing, “Oh it’s coming“. Hinting that he and his brother Tanga Loa are indeed on their way to the states once again.

Here’s what the Bulet Club OG wrote on Twitter when asked if the Guerrillas of Destiny are headed to the US:

@Tama_Tonga I’m just waiting for you & your brother @TangaloaNJPW coming to the states and beat the hell out of everybody🤘🏽 twitter.com/njpwworld/stat…

On August 14th in Los Angeles, the Bullet Club duo finally stood toe-to-toe with the reigning IMPACT World Tag Team Champions inside the squared circle. However, the storyline between the two tag teams hasn’t made much progress since then, as Tonga and Loa have made their way back to Japan.

The former IWGP Tag Team Champions are currently competing in the World Tag League and will once again aim to win those trophies this year.

Courtesy of New Japan Pro Wrestling’s working relationship with All Elite Wrestling and IMPACT Wrestling, there is a solid chance that Tama Tonga and Tanga Loa could appear in both promotions.

On IMPACT Wrestling, Bullet Club stars Chris Bey and Hikuleo recently failed to capture the IMPACT World Tag Team Championships from The Good Brothers. Fellow Bullet Club member El Phantasmo also got himself in the mix but has made his way back to Japan for the Best of the Super Juniors.

Keeping that in mind, Tonga and Loa could potentially go after the IMPACT World Tag Titles and rekindle their feud with Karl Anderson and Doc Gallows.

It should also be noted that the Guerrillas of Destiny have a history with members of The Elite, including the likes of The Young Bucks, Kenny Omega, and Adam Cole.

Hence there is a chance that Tama Tonga and Tanga Loa could appear in AEW as well.

Would you like a US invasion from Tama Tonga and The Guerrillas of Destiny? Share your thoughts in the comments section below.