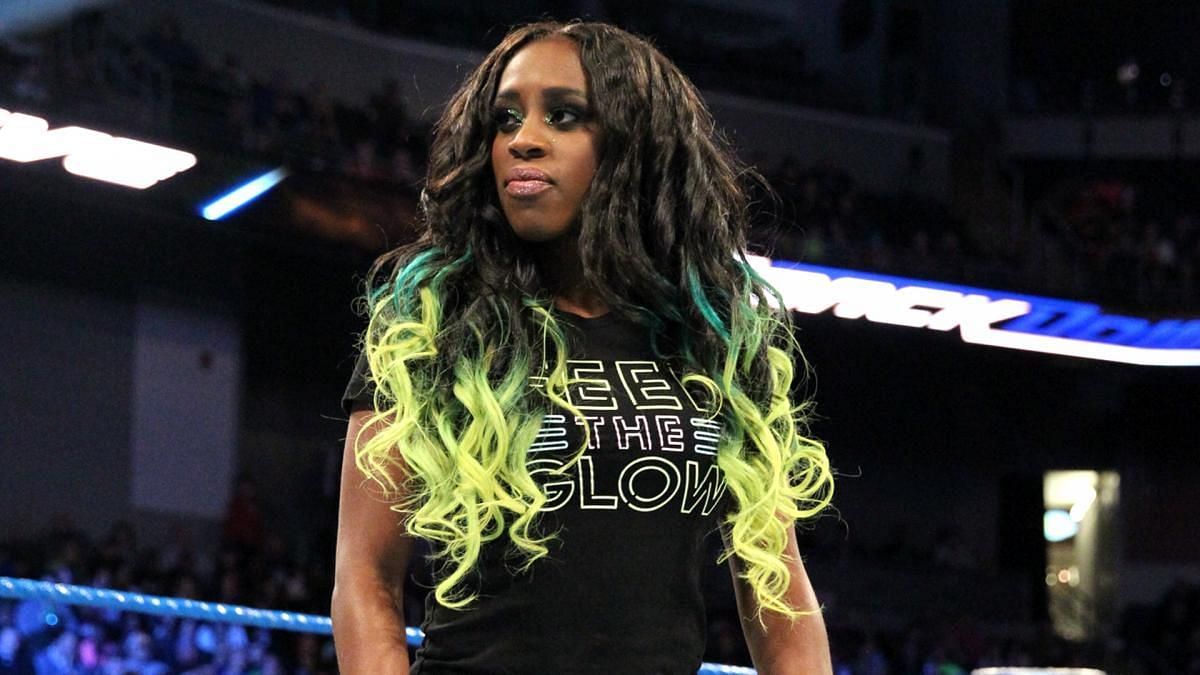 “At this point, it is legit harassment” – Naomi opens up on SmackDown working conditions

WWE Superstar Naomi spoke about her beef with Sonya Deville and the harassment she has been subjected to because of the feud.

This week, WWE correspondent Kayla Braxton caught up with the former two-time SmackDown Women’s champion on Talking Smack to get her thoughts on WWE official Sonya Deville.

Naomi said Sonya Deville’s behavior felt like workplace harassment. The Glow Queen mentioned that although the last few months had been rough, she kept her composure, and next week, she’d settle it all in the ring with Sonya Deville:

“I don’t even know where to begin because, at this point, it is legit harassment. I think I’ve shown a lot of dignity, a lot of restraint and it’s been a rough couple of months because she really has been trying me and pushing me to my limits. But thank goodness I’m not a weak-minded person and I’m not going to let her break me. She can’t shake me. I’m happy I put up with all of this because next week I’m finally going to get my match and with that, she’s going to feel the glow.”

.@KaylaBraxtonWWE gets Superstar reactions from @WWEUsos and @TrueKofi & King @AustinCreedWins as they learn about their match at Day 1, a humiliated @MsCharlotteWWE, and a furious @NaomiWWE on Talking Smack!
4:31 AM · Dec 5, 2021
387
56

Sonya Deville vs. Naomi is official for next week’s SmackDown

This week, Naomi confronted Sonya Deville on SmackDown, asking to meet her in a one-on-one matchup. Deville told her she’d get that match next week but, until then, the WWE official made it clear she was Naomi’s boss and could even get her fired if she stepped out of line.

In a blatant show of disrespect, Sonya then proceeded to slap Naomi knowing full well that the former SmackDown Women’s Champion could not lay hands on her until next week.

Do you think Naomi will get retribution from Sonya Deville next Friday? Or will the WWE official have another swerve in store? Let us know in the comments below.