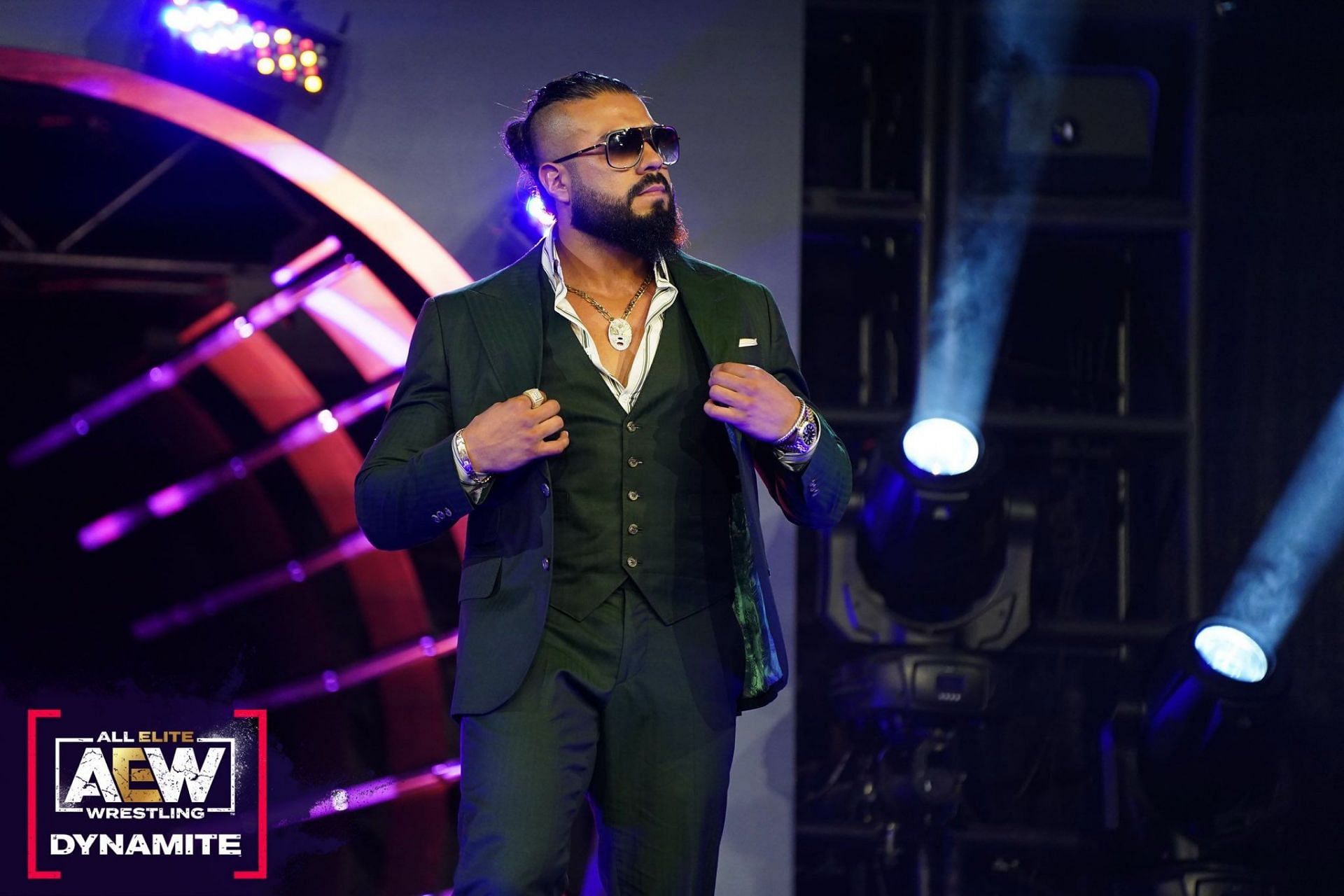 Andrade El Idolo isn’t sure how to feel about Brandi Rhodes following AEW Dynamite this week.

Cody Rhodes defeated Andrade El Idolo on AEW Dynamite last week in an Atlanta Street Fight that concluded with The American Nightmare putting himself and El Idolo through a flaming table that was set on fire by the returning Brandi Rhodes.

Sunday afternoon, Andrade El Idolo returned to social media after a brief hiatus to send a message toward Cody’s wife Brandi, stating he wasn’t certain if he should be angry with her or sending her thanks, tweeting out:

“Hola @TheBrandiRhodes I do not know whether to continue [to be] angry with you, because of you I have burns on my body or thank you because your husband got the worst part *crying laughing emoji* *three fist bump emojis* *Skull emoji*,” Andrade El Idolo tweeted.

“I’ve never walked into Atlanta and not wanted to raise the stakes!”
It’s NO RULES when #CodyRhodes collides with @AndradeElIdolo in an Atlanta Street Fight TOMORROW on #AEWDynamite LIVE everywhere at 8ET/7CT/6MT/5PT on TNT!

“I’ve never walked into Atlanta and not wanted to raise the stakes!”
It’s NO RULES when #CodyRhodes collides with @AndradeElIdolo in an Atlanta Street Fight TOMORROW on #AEWDynamite LIVE everywhere at 8ET/7CT/6MT/5PT on TNT!

There have been some unfortunate rumors regarding the personal life of Andrade El Idolo as of late after the AEW star unfollowed Charlotte Flair on both Twitter and Instagram.

This is what most likely led to El Idolo taking some time away from social media. While Bodyslam reports that the couple has officially broken up, Raj Giri of Wrestling Inc. disputes this report and states the two are very much still a couple.

Whatever the case, we here at Sportskeeda wish both Andrade El Idolo and Charlotte Flair the best in whatever is going on in their personal lives and hope everything works out for the best.

With El Idolo returning to social media yesterday, we can hope this is a positive sign for everything going forward.

Following #AEWDynamite‘s great main event, @AndradeElIdolo continued the attack on #CodyRhodes after the bell, dropping Cody with THE SHADOW on the concrete! Don’t miss the Black Friday #AEWRampage TONIHT @ 10pm ET/9pm CT for more info on this situation + more great wrestling!
1:15 AM · Nov 26, 2021
350
59

What do you make of Andrade El Idolo’s comments? Does this mean his feud with Cody Rhodes is far from over? Let us know your thoughts by sounding off in the comments section below.