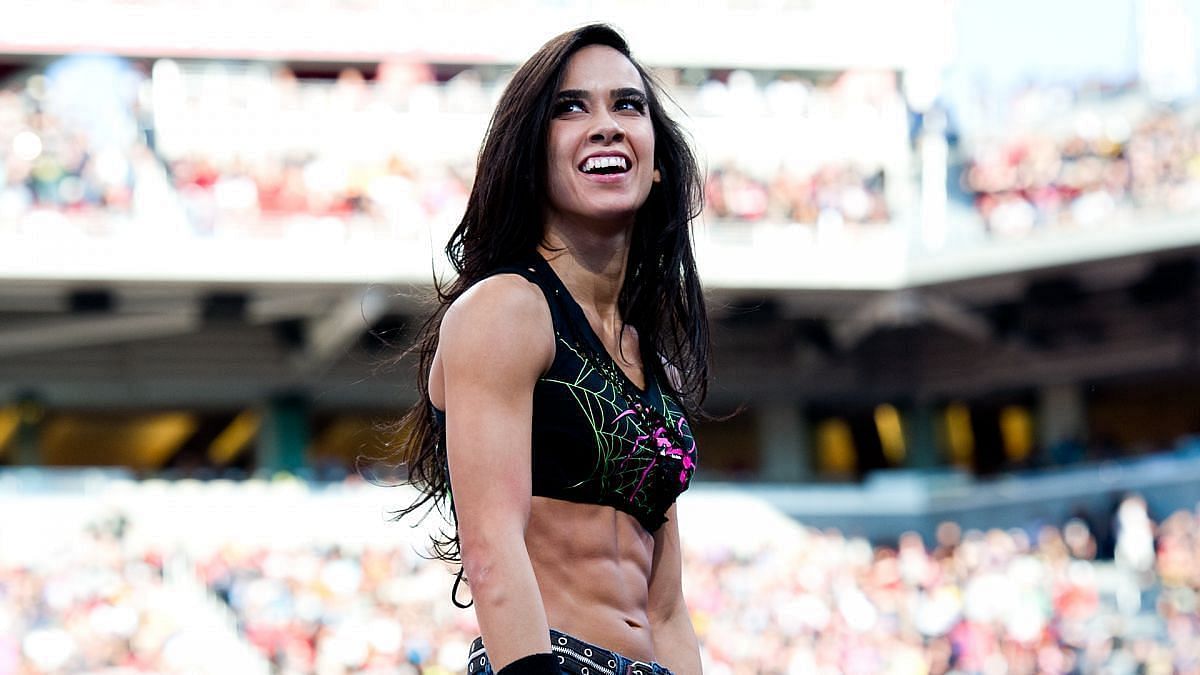 During an interview with Maurice Benard: State of Mind’s YouTube channel, former WWE Superstar AJ Mendez (AJ Lee) opened up about her mental health issues and suicide attempt in 2014 while she was with WWE.

AJ Mendez is a bestselling author and mental health advocate, but she had to go through a period of difficulty of her own in the past. Mendez spoke candidly about a lot of things including being bipolar, the time leading up to her diagnosis, her wrestling career, her current work, and being a suicide survivor.

Mendez stated that having bipolar disorder was something she struggled with. The 34-year-old went further and spoke about weight gain due to medication and shed light on how she came in touch with a stranger who offered her kindness at a time of difficulty.

“It was my bipolar disorder I couldn’t handle it. (…) I wasn’t taking care of myself the way I should have been. (…) I was being really vain about it because I gain weight when I’m on my medication and so I was, you know, I’m on TV. I’d rather be alive than have a six pack. (…) So during this chaos, the only solution to me, the only thing I could do was just I booked a hotel room and that was my plan”

“So I call – first of all, only I would have the hilarious suicide attempt, like where it just goes wrong and somebody is like when you have the wrong number when you call the suicide prevention hotline. (…) the man on the other end of the phone, this man was so patient and so kind. (…) But I just started telling him everything. This kind stranger who gets like noise complaints, this is not his job. And I didn’t realize that it was the first time in a long, long time someone had shown me kindness, (…) Like, for so long people just thought I was like on the top of world and I’m the caretaker in my family (…) but there wasn’t anybody checking in on me and so it’s just I didn’t realize I just needed somebody to check in on me and it was this tiny, small act of kindness that literally saved my life,” said AJ Mendez

Former Divas Champion AJ Mendez revealed that talking to that stranger over the call helped her realize that she couldn’t handle the issues on her own and that she should talk about them.

Though Mendez does not remember the name of the man she spoke to, his voice is still very familiar to the superstar.

Like, I don’t know his name, I just remember his voice. I can hear his voice right now. It was just kind and patient and he just listened and that was enough for me to go, Okay, I need to go home like this is terrifying. (…) I just thought like, I could handle it on my own and so what I realized from that was that I needed to talk about my diagnosis because a huge problem was I was hiding it. Like the world didn’t know at the time (…) I never talked to about my mental health. So I needed to, like come out of hiding,” AJ Mendez stated

Mental health issues are not something to be taken lightly and the best course of action is always communication. AJ is now married to former WWE Superstar CM Punk and has become successful in a variety of fields. She deserves a lot of credit for showing the strength to get out of the difficult period in her life.