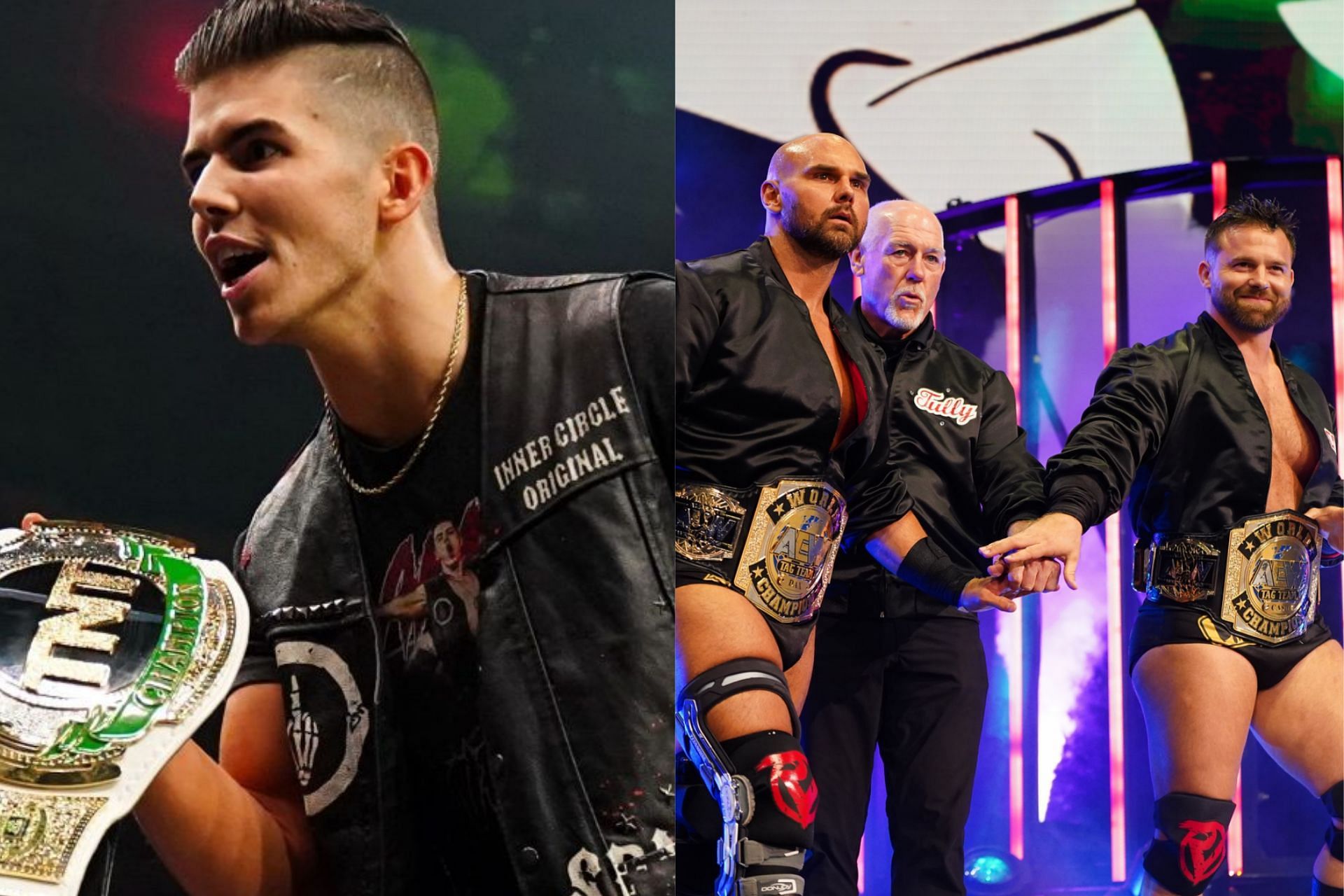 Welcome to the preview for AEW Rampage from the Gas South Arena in Duluth, Georgia. As is the case on most Friday nights, this week’s Rampage features three matches.

Former WWE star Tony Nese will make his AEW television debut as he challenges Sammy Guevara for the TNT Championship, while another rookie will make her debut against a top star.

The main event is likely to be a huge tag team match between a makeshift tag team and AAA tag team champions FTR.

Without any delay, let’s jump into the preview.

Sammy Guevara vs Tony Nese is gonna slap hard.
Doubt that if you must, you’ll see. #AEWRampage

Since signing for AEW, Tony Nese has appeared exclusively on AEW Dark and Dark: Elevation. On Friday, he will make his first appearance on a televised show for Tony Khan’s company.

After Sammy Guevara accepted the Premier Athlete’s challenge for the TNT Championship, Tony Nese proceeded to attack the Spanish God and targeted his already injured ribs. On Wednesday night, the former Cruiserweight Champion cut a promo and sent a warning to the Inner Circle member.

Both wrestlers are excellent athletes and are capable of executing breathtaking moves. This match should be an enthralling affair. However, Sammy’s reign with the title is still young so expect him to retain the title.

Did they just say Janai Kai vs Jade Cargill on Dynamite?!?

In another debut, Thunder Rosa‘s student Janai Kai will take on the undefeated Jade Cargill ahead of the latter’s match against La Mera Mera in the AEW TBS Championship Tournament. Thunder Rosa will be present on commentary for the match. It is expected to be a squash victory for Jade, though it will be interesting to see if Thunder Rosa and her get physical.

PAC and Penta El Zero Miedo will take on the FTR

FTR vs. Lucha Bros is off, but we are getting FTR vs. Penta and PAC on Rampage. #AEWDynamite

However, Rey Fenix picked up an injury and the former Adrian Neville will replace him. Based on the quality of talent involved, this will probably be the match of the night. With PAC replacing Fenix, the tide turns in FTR’s favor as they are an established tag team. It will be fascinating to see if the likes of Andrade El Idolo and Malakai Black get involved during this match.