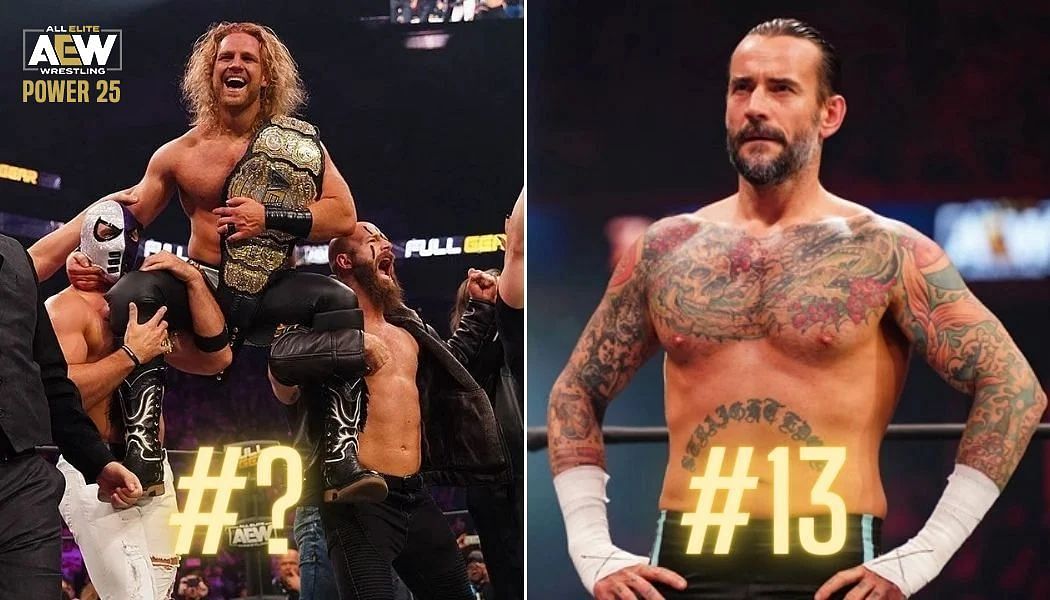 November was a significant month for AEW, with the annual Full Gear show producing iconic moments set to live in wrestling history for all time. The audience witnessed the crowning of a new world champion to culminate in a story rooted in the birth of the promotion, and they were treated to the wrestling they have come to expect from AEW. But who gained the most momentum during November?

Malakai Black continued his hybrid feud against Cody Rhodes and Death Triangle alongside Andrade and FTR, losing in a tag team match against Cody and PAC at Full Gear. Black would exact revenge with his associates in an eight-man tag team match to level his November score.

Lio Rush saw his partnership with Dante Martin begin to flourish when, against high flyers Lee Moriarty and Matt Sydal and established tag team the Acclaimed, earning the W on both occasions. The clouds are turning gray in paradise, however, as it appears Dante Martin has inked a deal to affiliate with Team Tazz.

The Cleaner saw the remnants of the Elite’s gold stranglehold falter at Full Gear when he was defeated by Hangman Page for the AEW World Championship, a month removed from seeing the Bucks lose their own tag titles. He took time off after his loss to re-evaluate and recover, planting seeds for an eventual feud with Adam Cole as he left.

November was rough for the Elite, with the SuperKliq losing to Christian Cage, Jungle Boy and Luchasaurus at Full Gear. Adam Cole suffered a further loss after reuniting with Undisputed Era stablemate Bobby Fish in a match against Jungle Boy and Luchasaurus. Adam Cole took consolation by continuing his undefeated singles stretch against John Silver and once again partnering with Fish to defeat Orange Cassidy and Wheeler Yuta.

Santana and Ortiz were a part of the Inner Circle team that defeated American Top Team at Full Gear. Outside of Full Gear, Proud and Powerful ensured they remained challengers for the tag team throne by holding onto the fifth-ranked spot. 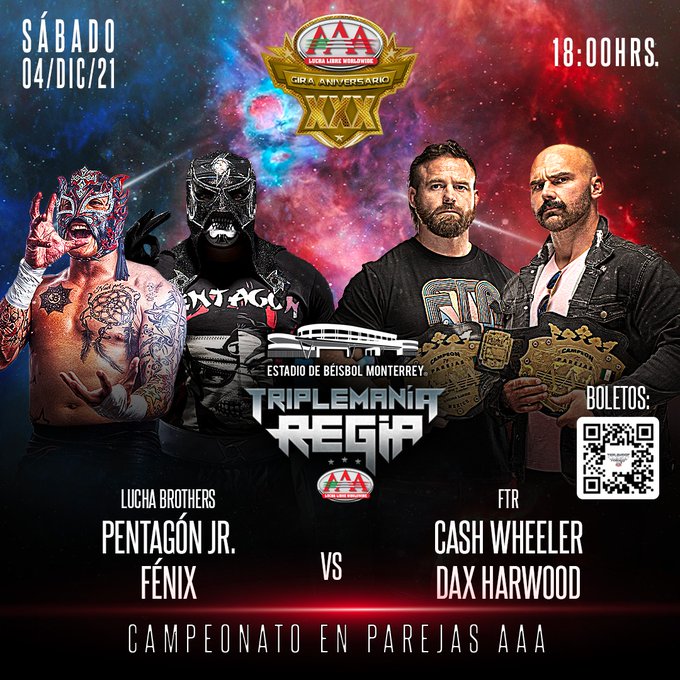 The Lucha Brothers have had a so-so month, managing to maintain their grasp on the tag titles at Full Gear but losing their statistical advantage when FTR, Andrade and Malakai Black defeated them, Cody Rhodes and PAC.

.@The_MJF may be “the salt of the earth,” but @CMPunk salted the earth around him on #AEWDynamite 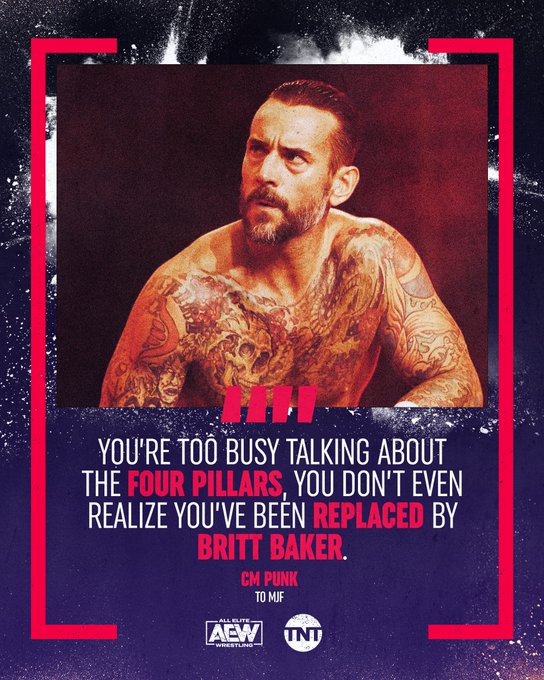 .@The_MJF may be “the salt of the earth,” but @CMPunk salted the earth around him on #AEWDynamite https://t.co/8veoRQjMsa

AEW Women’s World Champion Britt Baker had a turbulent November, losing in trios action to Thunder Rosa and TayJay before managing to retain her title at Full Gear against challenger Tay Conti. Baker would cost Jamie Hayter her place in the TBS Championship Tournament before losing a “Black Friday Deal” match against Riho. could this be the fall for the Women’s Champion?

That’s a helluva list. We’re the only tag team to wrestle every great team of this generation.

On Wednesday, get to add Lucha Bros to this list.

On Wednesday, get to add Lucha Bros to this list.

That’s a helluva list. We’re the only tag team to wrestle every great team of this generation.

FTR would carry their AAA tag titles against the duo of Aero Star and Samuray Del Sol, successfully retaining their belts, before being defeated by the Lucha Brothers once again for the AEW tag titles at Full Gear. They would exact some revenge by defeating Lucha Brothers, Cody Rhodes and PAC in 8-man tag team action alongside Andrade and Malakai Black.

Jade Cargill continued her undefeated streak through her destruction of Santana Garrett and secured her slot in the semi-finals of the TBS Championship Tournament against serial rival Red Velvet.

the new faces of TNT

the new faces of TNT

Billy Gunn and his sons gained momentum in trios action, before Billy took on Darby Allin in a singles match for his only loss of the month. He teamed up once again with Colten Gunn as they remained undefeated against Bear Country. Billy and Colten are set to continue their streak at the expense of fellow undefeated team of Sting and Darby Allin at the start of December.

Darby Allin continued to cement his legacy in AEW with wins against QT Marshall and WWE Hall of Famer Billy Gunn. His only loss came against MJF at Full Gear when he was struck with the Dynamite Diamond Ring.

Captain Charisma continued to develop his relationship with Jurassic Express with wins against the HFO on Dynamite, serving as a prelude to their Full Gear win against the SuperKliq.

CM Punk continued his undefeated streak in AEW with his personal feud with Eddie Kingston culminating at Full Gear with a GTS and a 1-2-3. He would win against QT Marshall on Dynamite and begin an intense feud with MJF.

.@luchasaurus is on the loose! Watch #JurassicExpress vs @AdamColePro/@theBobbyFish on #AEWRampage NOW on @tntdrama! https://t.co/DwLjyO443r

Luchasaurus usually goes under the radar when next to Jungle Boy and Christian Cage, but still had a month to remember, earning wins against the HFO and at Full Gear against the SuperKliq in trios action. The Jurassic Express duo of Luchasaurus and Jungle Boy defeated the reunited Adam Cole and Bobby Fish of the Undisputed Era in tag team action.

Tay Conti carried significant momentum heading into her Full Gear clash with Britt Baker for the AEW Women’s World title, stumbling at the final hurdle and failing to unseat the champion on the occasion. Tay would regain momentum with wins alongside Anna Jay post Full Gear.

Even despite taking a backseat for his HFO employees Matt Hardy managed to rack up significant wins in tag team action. His greatest endeavour throughout November was a win against Orange Cassidy in a Lumberjack match.

Former NWA Women’s World Champion Thunder Rosa had an impressive November, advancing to the final four of the TBS Championship tournament by defeating Jamie Hayter. She would also earn monumental wins against Nyla Rose and Hayter at Full Gear and against AEW Women’s Champion Britt Baker, Rebel and Hayter on Dynamite.

The Native Beast Nyla Rose continued her dominance with wins on Dark as well as defeating fellow former AEW Women’s World Champion Hikaru Shida in the second round of the TBS Championship tournament.

Andrade continued his involvement in the Malakai Black-Cody Rhodes and FTR-Lucha Brothers feud which have themselves melded with the feud between himself and PAC, with a singles win against the American Nightmare and a further W in 8-man action. He appears to be making an attempt at climbing the rankings, accumulating wins on Dark and Elevation.

In a highly acclaimed Falls Count Anywhere match against the SuperKliq, Jungle Boy became “Jungle Man” as he delivered the con-chair-to to Matt Jackson for the W. He would pad his own singles record with wins against Acclaimed’s Anthony Bowens and Bobby Fish as well as winning a dream match with Luchasaurus against the Undisputed Era duo of Adam Cole and Bobby Fish.

November was a busy month for the former inaugural AEW Women’s World Champion as Riho accumulated singles and trios wins on AEW Dark, including a victory against F1ght Club Pro Wrestling’s Pan Afrikan World Champion Trish Adora, before heading to the Black Friday themed Rampage to face Britt Baker for a title shot. Riho would score the upset and earn the chance to become the first two-time women’s champion.

Bryan Danielson continued to show his devotion to wrestling through November, defeating Anthony Bowens and Rocky Romero before emerging victorious from a brutal clash with Miro at Full Gear. The number one contender for Adam Page, Bryan Danielson has since pledged to decapitate each member of the Dark Order by way of kicking, in a post Full Gear heel turn. He has thus begun his campaign by defeating Evil Uno and Colt Cabana, with the latter losing a tooth (If only AEW had a company dentist).

Order the replay of last night’s #AEWFullGear on @BleacherReport + now also available for US fans to purchase on @FiteTV: allelitewrestling.com/how-to-watch-a… 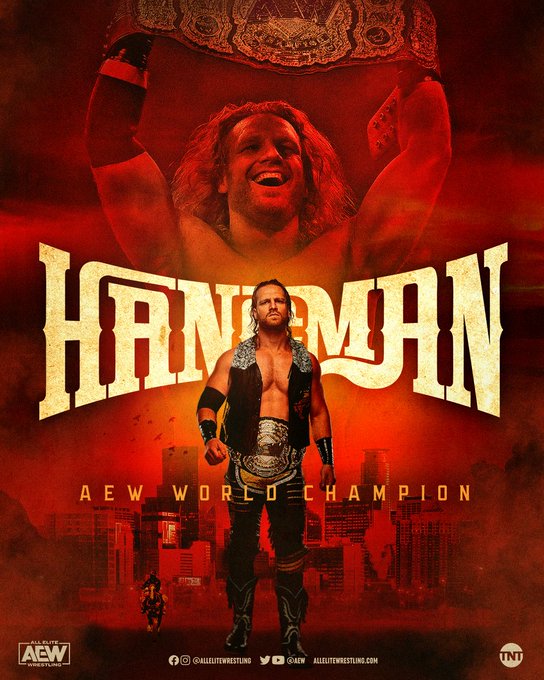 Order the replay of last night’s #AEWFullGear on @BleacherReport + now also available for US fans to purchase on @FiteTV: allelitewrestling.com/how-to-watch-a… https://t.co/giE38aLFn1

Hangman Adam Page continued from his solitary win in October, the Casino Ladder Match, to take on former tag title winning partner Kenny Omega for the AEW World title that had so far eluded him. Page would win with a One Winged Angel, a nod from Matt Jackson and a Buckshot Lariat to commence the era of cowboy excrement.