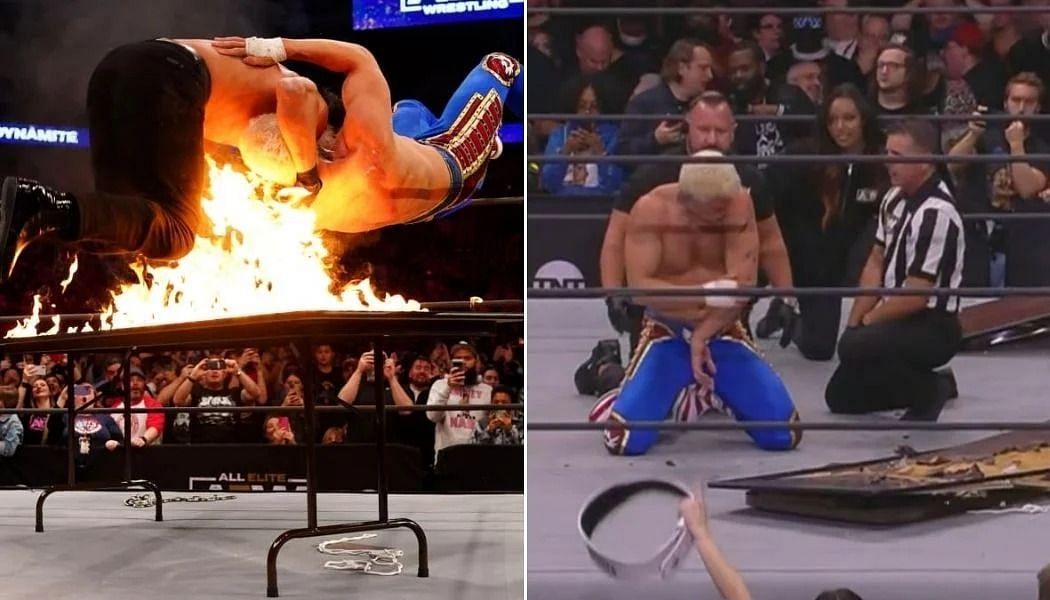 AEW’s official Twitter shared gruesome images of Cody Rhodes back after his match this week.

The battle was billed as an Atlanta Street Fight, meaning both wrestlers went to the extreme. Rhodes went up against Andrade “el Idolo” in what was the main event of Dynamite.The match ended with Rhodes putting Andrade through a flaming table, set afire by Rhodes’ wife, Brandi Rhodes. After the match, it was revealed that Rhodes sustained some pretty painful burn injuries due to going through the table.

Flaming Table Aftermath: The scarred and scorched back of #CodyRhodes after a BRUTAL Atlanta Street Fight against rival @AndradeElIdolo TONIGHT on #AEWDynamite 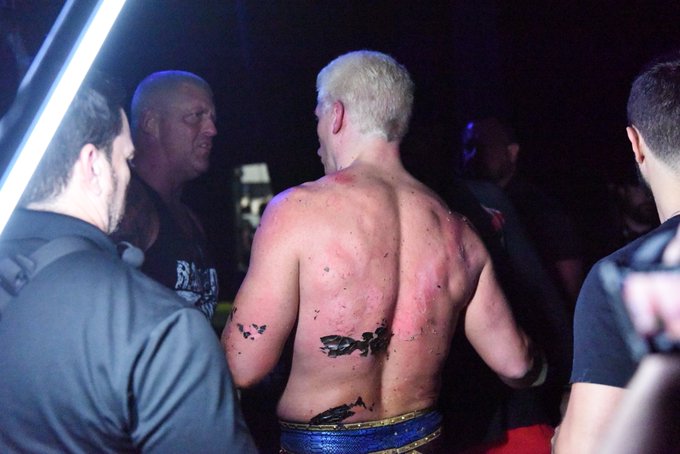 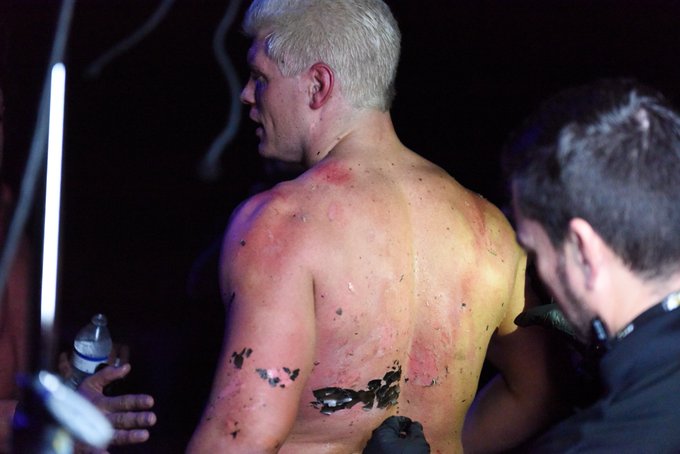 Flaming Table Aftermath: The scarred and scorched back of #CodyRhodes after a BRUTAL Atlanta Street Fight against rival @AndradeElIdolo TONIGHT on #AEWDynamite https://t.co/WmaZrGaOfQ

On a high note, hopefully this is an end to the feud between Rhodes and Andrade, which has gone on for a while now. Fans may have been jeering Rhodes throughout the match, but both wrestlers put on a memorable show.

Cody Rhodes suffered burns and boos, this could speed up his inevitable heel turn

Throughout the match, Cody Rhodes was still being booed, even though he fought his heart out. Fans were happier to see Rhodes endure pain than Andrade. This, combined with suffering burns, could be the catalyst for Rhodes to finally turn heel in AEW.

Unknowingly for Andrade, setting Rhodes up for a dive through the table would end with him receiving an Avalanche Inverted Suplex. However, Cody picked up the win and pinned an only slightly burned Andrade. Commentators noted the odd substance on Rhodes’ back since the start of the match. The substance could likely have lessened the burn, but Rhodes’ back came down completely on the flames regardless.

As fans, we can only speculate on the severity of the burns, but AEW’s Twitter account shared some backstage images of Rhodes after the match.

Brandi’s interference could once again be a sign that Rhodes is turning heel soon. The response from his hometown crowd in a match where he legitimately hurt himself could be the tipping point.

Should Cody Rhodes turn heel now? Share your thoughts in the comments section below.