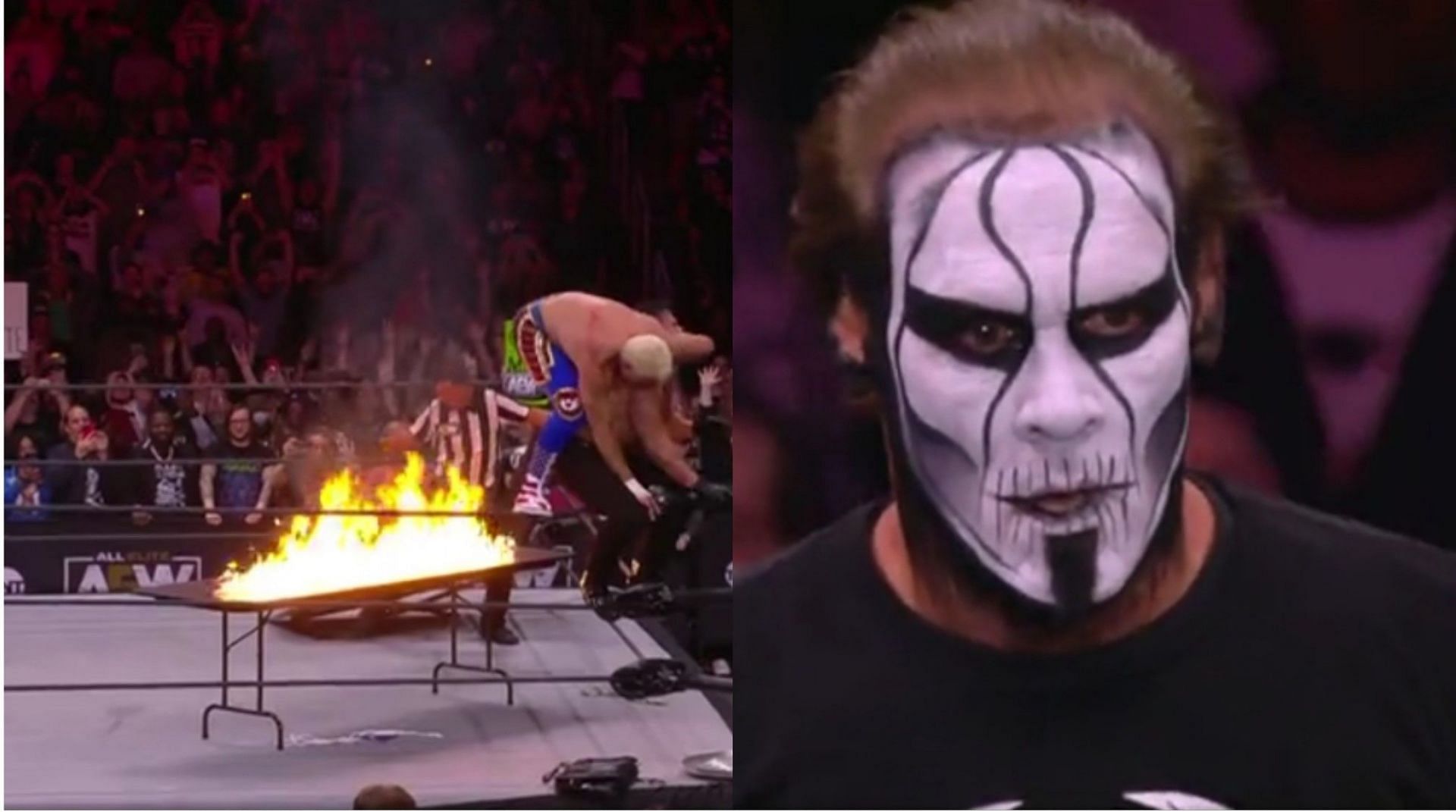 AEW Dynamite rarely fails to deliver, and tonight’s edition turned out to be the most intriguing in recent weeks. Though the company continued their build towards the upcoming ‘Winter is Coming’ special event, a larger portion of the show centered around beef-settling feuds.

While there was no mention of any WWE star’s name on Wednesday night, Cody Rhodes briefly impersonated Triple H to send his hometown crowd into a frenzy. Additionally, several noteworthy takeaways have emerged from the show, which we will be discussing as positives and negatives.

Some of you may disagree with the reviewer’s opinions. Hence, feel free to pen down your thoughts on the show.

Allin impressively brought out the best in his opponents, while a resilient Sting finished the match on a high note.

Given that the outcome had a fitting conclusion to their storyline, there’s no reason for either team to prolong this feud ahead of Winter is Coming. Speaking of the special event, it will mark The WCW Icon’s one-year anniversary of his AEW debut.

The Icon @Sting is on fire in Atlanta! Watch #AEWDynamite LIVE everywhere on @tntdrama NOW! https://t.co/yJGFujq6Pa

Assuming the company will no longer continue Sting’s feud with The Gunn Club after tonight, Tony Khan could look to book The Vigilante in a money feud with an angle alongside Darby Allin.

What a counter by @realrubysoho to get the win and advance to the semifinals of the TBS Women’s Championship Tournament! Watch #AEWDynamite LIVE everywhere on @tntdrama NOW
8:02 AM · Dec 2, 2021
438
112

What a counter by @realrubysoho to get the win and advance to the semifinals of the TBS Women’s Championship Tournament! Watch #AEWDynamite LIVE everywhere on @tntdrama NOW https://t.co/35UHp8b7ih

AEW star Ruby Soho advanced into the semi-finals of the TBS Title Tournament tonight after defeating Kris Statlander with a roll-up victory. Though the entire bout was stirring, the finish may have left a sour taste in everybody’s mouths.

It felt like more of a WWE ending, protecting another star even in a loss. However, the planned outcome didn’t do any favors, especially to The Galaxy’s Greatest Alien. AEW seems to have dropped the ball tonight with the 26-year-old star with the potential to be the women’s champion one day.

Tony Khan appears to be relying too much on ex-WWE stars while derailing the momentum of a homegrown wrestler like Kris Statlander every then and now.

One of the most notable takeaways from the show went down during the closing moments of the Atlanta street fight between Andrade and Cody Rhodes in the main event.

The bout was itself a brutal slugfest, but the surprise appearance of Brandi Rhodes in changing the outcome of the match grabbed significant eyeballs. She set the table on fire, allowing Cody to deliver Andrade with a reverse suplex from the top rope.

While AEW fans have failed to turn The American Nightmare into a heel, it looks like his wife will do the favor. It’s no secret that Rhodes has been receiving an outpouring of boos on every AEW show. Even his hometown crowd in Atlanta was no exception tonight.

A heel turn will do wonders for Cody Rhodes, given his polarized status today. He has often refused to turn heel, but the company’s decision to bring in Brandi to possibly turn her husband might be the best booking angle on AEW programming. It will be interesting to see what explanation Brandi Rhodes gives for her actions.

AEW star Adam Cole‘s current booking has become a widely-discussed topic. Since his debut, the former NXT Champion has been entangled in lackluster feuds, which hasn’t helped him gain anything other than an undefeated streak with little value.

His ongoing feud with Orange Cassidy is another example, hinting at the ex-WWE star’s underwhelming push. Cole dismantled the Freshly Squeezed One tonight with some help from Young Bucks. Despite Cassidy’s popularity, is he credible enough to put Adam Cole over with fans?

Regardless, Cole himself can generate the loudest reaction on the show, and it wouldn’t be as far-fetched to say that he’s more popular among the AEW universe than CM Punk and Bryan Danielson. The company seems to be wasting his talent by putting him with mid-card wrestlers. Even a feud with Sammy Guevara for the TNT title would give Cole some momentum.

It feels pointless to see Wardlow crushing new AEW talent when the promotion isn’t pitting him against MJF. Not too long ago, the company teased a rivalry between Friedman and Wardlow, which has been brewing for more than a year now.

Understandably, MJF’s feud with CM Punk may have prompted the company to hold Wardlow back. However, AEW should have teased the rift between MJF and Wardlow tonight when the latter confronted CM Punk.

Instead, he protected The Salt of the Earth from taking any assault. It would have been a feel-good moment for fans if Wardlow had paved the way for The Straight Edge Superstar to attack MJF.