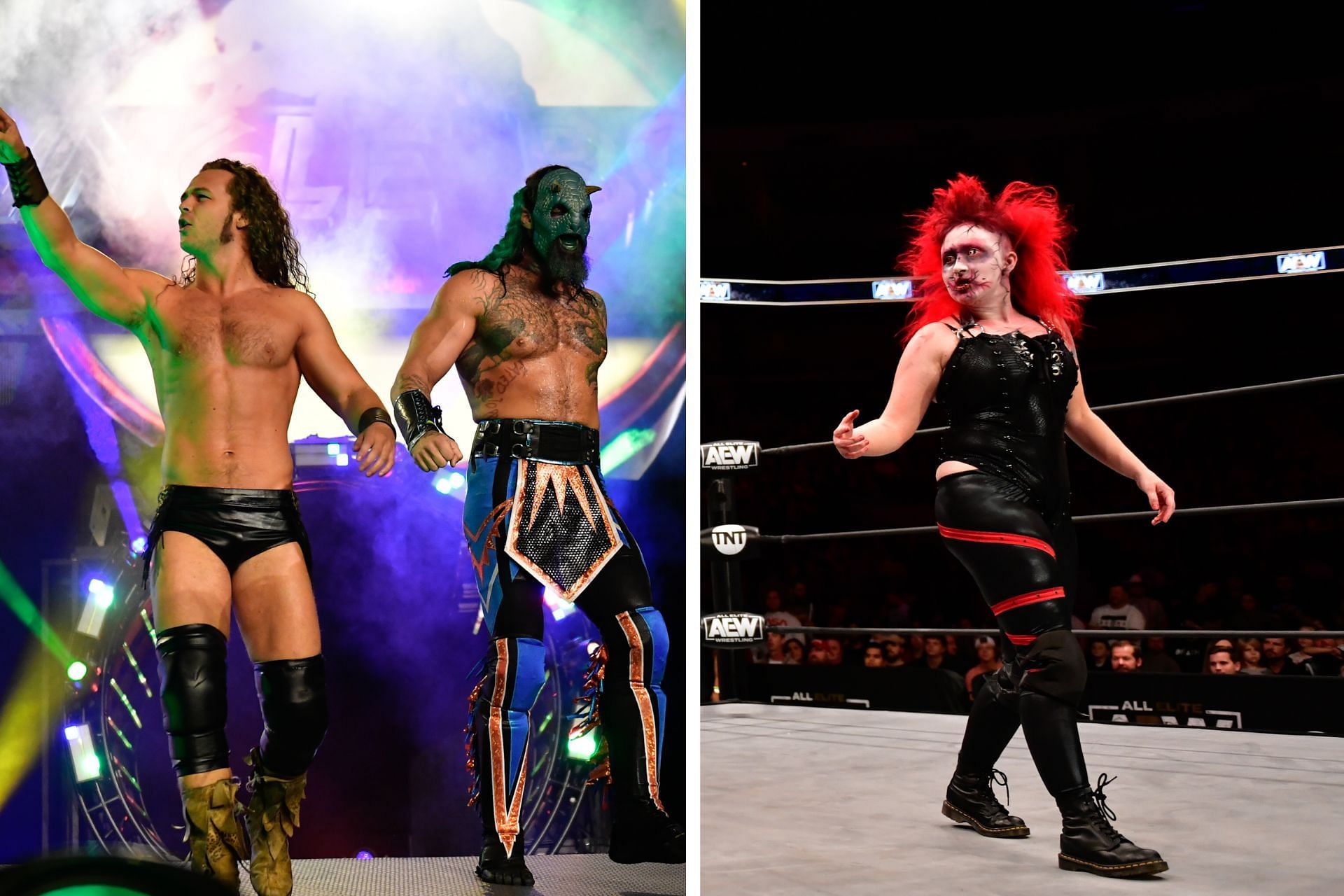 Welcome to the results for AEW Dark: Elevation. The 40th edition of the weekly show featured seven matches, with a few returns sprinkled across the show.

Former AEW Women’s Champion Riho was in action while the Acclaimed got a chance to shine in the main event.

Abadon continued to use her haunting presence to her advantage as she picked up a big win in tag team action.

Without any delay, let’s jump into the results for this week’s show. 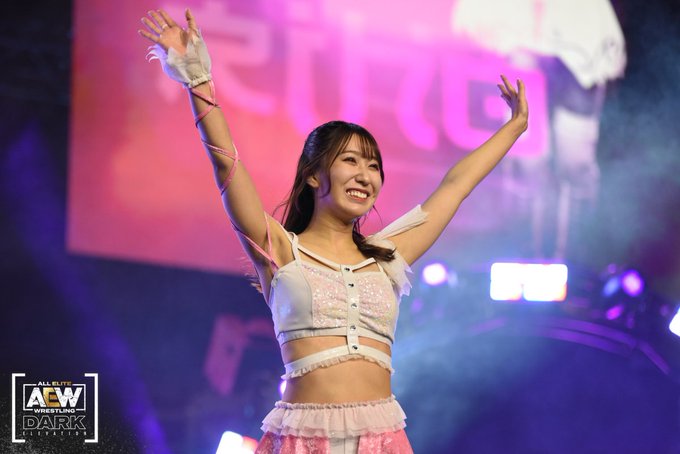 Former AEW Women’s Champion got us underway. Angelica Risk had her opponent locked up in a headlock and went for a splash in the corner. Riho moved out of the way as Angelica showed off in the middle of the ring.

Risk hit a swinging neckbreaker but Riho kicked out multiple times. The inaugural AEW Women’s Champion hit the 619 and a body splash but Angelica Risk kicked out. Riho hit a beautiful Northern Lights suplex and followed it up with double running knees to the face for the win. 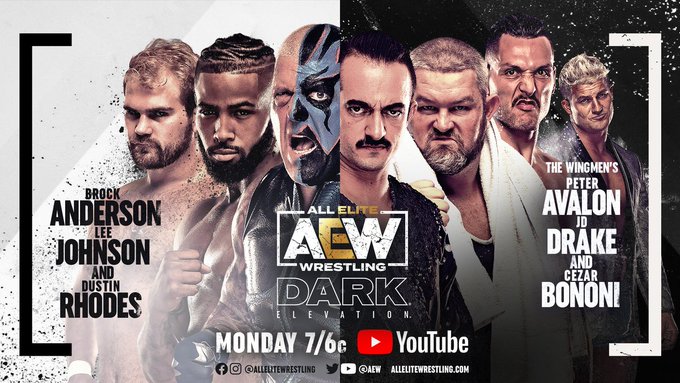 Peter Avalon and Lee Johnson started the match in high octane fashion. Big Shotty hit a couple of arm drags before tagging in Brock Anderson. JD Drake came in and elbowed Johnson in the head. Brock was attacked on the ringside apron.

Cezar Bononi tagged in and chopped Brock before grounding him into the mat. Bononi hit a pumphandle fallaway slam. A flying splash from Peter Avalon wasn’t enough to finish Brock.

Anderson got the hot tag to Dustin Rhodes and went after all of the Wingmen. Lee Johnson hit a suicide dive on Avalon and Bononi while Dustin hit the neckbreaker on Peter Avalon for the win. 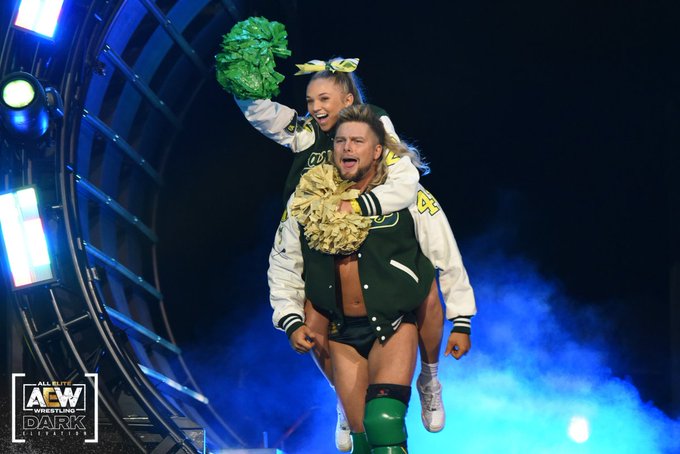 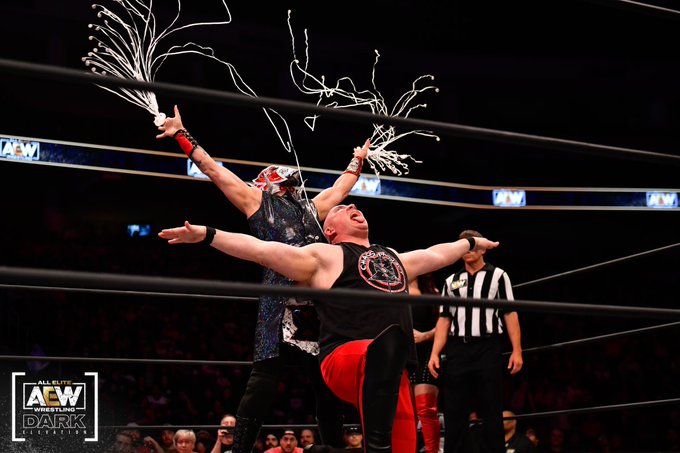 Serpentico charged at his opponent to start the match. Brian Pillman Jr. put his momentum to rest soon enough as Julia Hart cheered from outside. The Varsity Blond member turned Serpentico inside out with a lariat and hit a vertical suplex.

Pillman hoisted Serpentico on the top rope but the latter fought out and hit a Swanton Bomb on Brian. Pillman superkicked Luther and hit a flying lariat on Serpentico for the win. 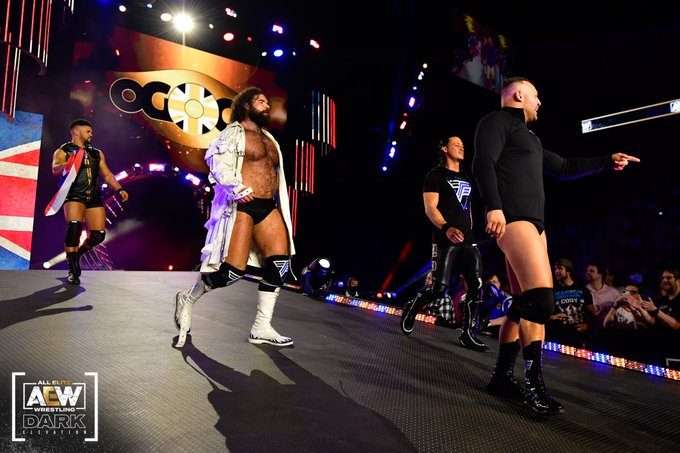 Anthony Ogogo made his return to AEW after six months. Nick Comoroto started the match against Tony Vincita as he tossed Tony around. Aaron Solo tagged in and hit a double stomp off the top rope.

Baron Black tried to step in as Anthony Ogogo got the tag at the same time. Black chopped Ogogo but the latter hit an Olympic Slam. Ogogo knocked his opponent out with a punch and the referee stopped the match.

Emi Sakura and The Bunny vs Abadon and Ryo Mizunami on AEW Dark: Elevation 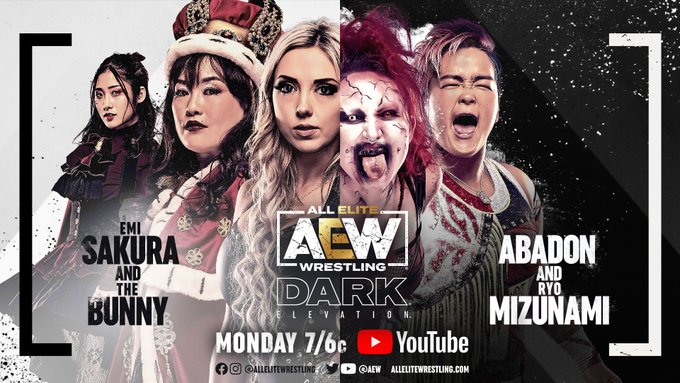 Abadon and The Bunny stared each other down as latter repeatedly struck her opponent. Abadon hit a Facebuster in retaliation as Emi Sakura tagged in.

Ryo Mizunami joined the fray as shit hit Sakura with missile chops. Bunny tried to interfere but ate a number of chops for her troubles.

Sakura hit a butterfly suplex on Mizunami but the latter countered and hit a uranage. Abadon got the hot tag and nearly won the match but Sakura broke the pin.

However, Abadon hit a maneuver shortly after to pick up the win as Mizunami distracted Sakura.

Brandon and Brent Tate vs the Jurassic Express on AEW Dark: Elevation 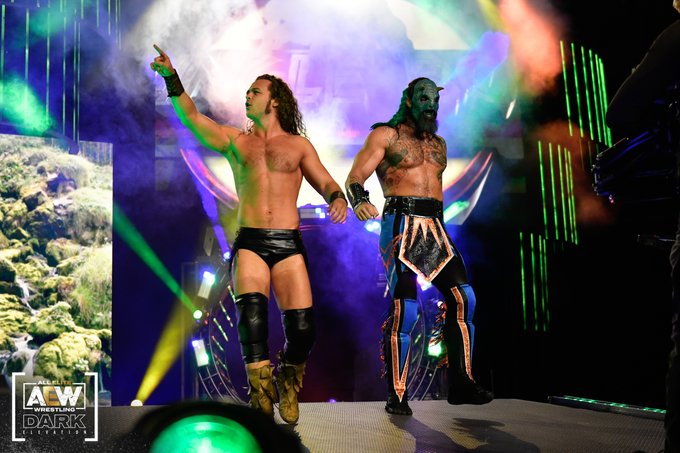 The Tate brothers made their second ever appearance in AEW. Jungle Boy dominated the early proceedings as he hit some crisp moves on both his opponents in an impressive showcase of his talent.

The Tate brothers combined to get some control but Jungle Boy managed to get the hot tag to Luchasaurus.

The giant ragdolled both brothers all around the ring to loud cheers from the crowd. The Dinosaur hit a double chokeslam as the Jurassic Express combined to deliver a powerbomb for the win.

Shawn Dean and Carlie Bravo vs The Acclaimed on AEW Dark: Elevation

Shawn Dean hit a top rope splash for a two-count. The Acclaimed regained control thanks to a cheap shot from Max Caster. He hit the Mic Drop for the win.