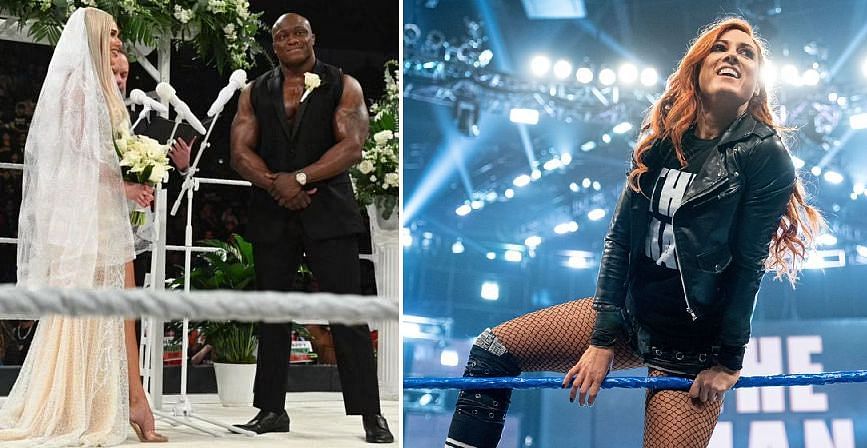 WWE Superstars are not always able to be signed by the company following their first tryout. Often this leads to stars creating a working relationship with the company and being asked to have small roles on SmackDown or RAW.

In the past several stars like Dean Ambrose, CM Punk, Matt and Jeff Hardy and several others have all made their debuts in segments where they were unknown to fans.

This isn’t limited to the male population of the WWE roster, there are also several current and former female wrestlers who made their debut in unique on-screen roles. Let’s take a look at five:

#8. WWE Hall of Famer Lita debuted as one of The Godfather’s Ho’s 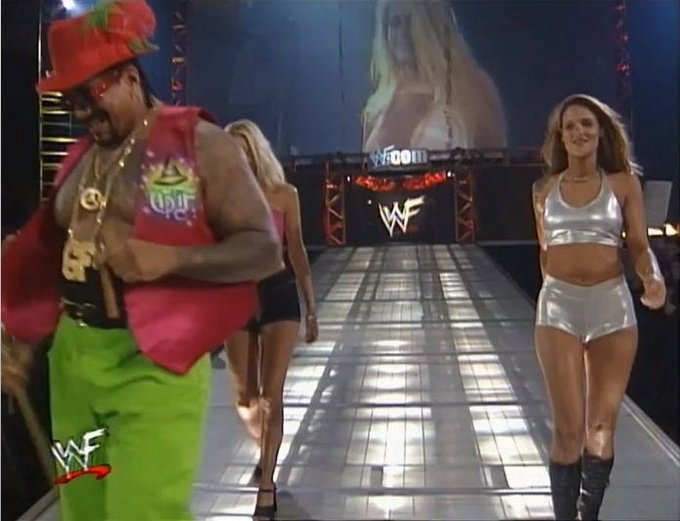 Lita is one of the most famous former female wrestlers in the world but when she made her debut in WWE, it was in a much more understated role.

It is ironic that Lita made her debut alongside The Godfather since Essa Rios was later seen with the star’s entourage and this then led to tension between the two stars. Rios then turned on Lita and it was the beginning of her move over to Team Xtreme. 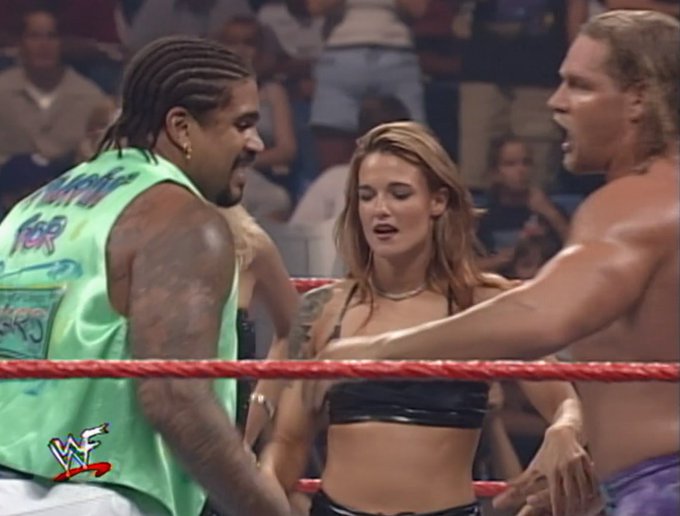 Of course, Lita isn’t the only WWE Hall of Famer who got her start as one of The Godfather’s Ho’s since Ivory’s first taste of the WWE spotlight came by The Godfather’s side.

Ivory’s first appearance for WWE was a few months before Lita’s and was also just a one-off appearance before she was officially introduced just a few months later in February 1999. Victoria also famously made her debut as one of The Godfather’s Ho’s and this later became the launching pad for her career.

#7. Chelsea Green made her debut on WWE TV as Megan Miller

@WWE @BellaTwins I feel most sorry for poor Megan Miller 😣 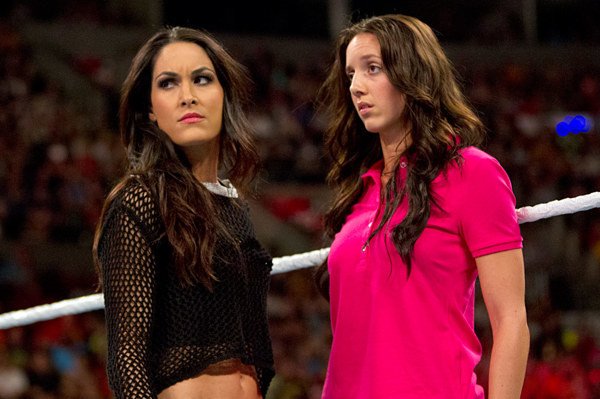 Chelsea Green was recently released from WWE after several years of working her way up through the ranks from NXT.

Green’s career with the company actually began back in 2014 when she was part of the feud between Brie Bella and Stephanie McMahon. Green was introduced as Megan Miller on an episode of RAW where she was seen as Daniel Bryan’s Physical therapist.

Green went on to confess to having an affair with Bryan before being slapped by Bella. This was obviously all set up by McMahon to get between the newly married couple.

55. @ImChelseaGreen. Before she signed with NXT, before she was “Reklusa” or a Hot Mess, Chelsea appeared on the 8/11/2014 episode of Raw as Daniel Bryan’s physical therapist Megan Miller. Stephanie McMahon calls her into the ring to make a confession… https://t.co/cyJRlwdofs

Green then went on to audition to be part of WWE’s Tough Enough, which aired on the WWE Network in 2015 but finished in fourth place. The former IMPACT Wrestling star was finally signed by WWE in October 2018 after a successful audition that summer.

Green would work several matches in NXT and was even promoted to the main roster in 2021 ahead of her release.

.@TripleH made an entrance worthy of a king at #WrestleMania 30! https://t.co/HCZWdLhZso

Alexa Bliss, Charlotte Flair, and Sasha Banks have played a huge role in the WWE women’s revolution over the past few years. The three women were called up to the main roster following successful stints in NXT but actually appeared on the main roster a few years earlier.

All three stars were part of Triple H’s iconic entrance as he looked to take on Daniel Bryan at WrestleMania 30. In 2014, this was seen as the biggest moment of their careers, but fast forward seven years and now two of these three women have main evented WrestleMania in their own right.

.@TripleH made an entrance worthy of a king at #WrestleMania 30! https://t.co/HCZWdLhZso

Charlotte Flair and Sasha Banks were called up to the main roster as part of an episode of RAW in 2015 by Stephanie McMahon, whilst Alexa Bliss made her way up to SmackDown as part of the WWE Draft in 2016.

All three women have since been able to push forward with the revolution and are multi-time former women’s champions.

#2. Elektra Lopez was Bobby Lashley’s wife from The Military on WWE RAW 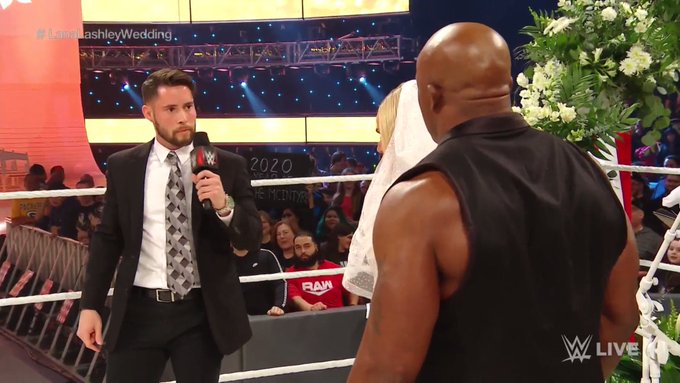 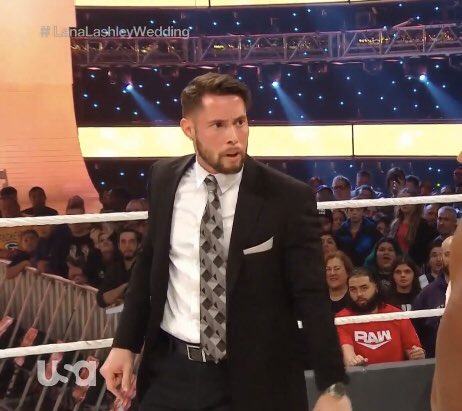 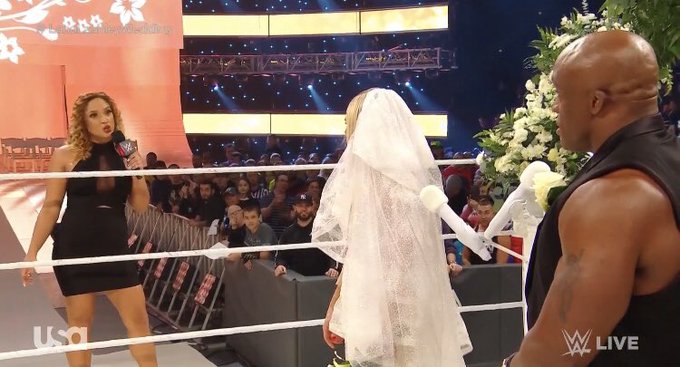 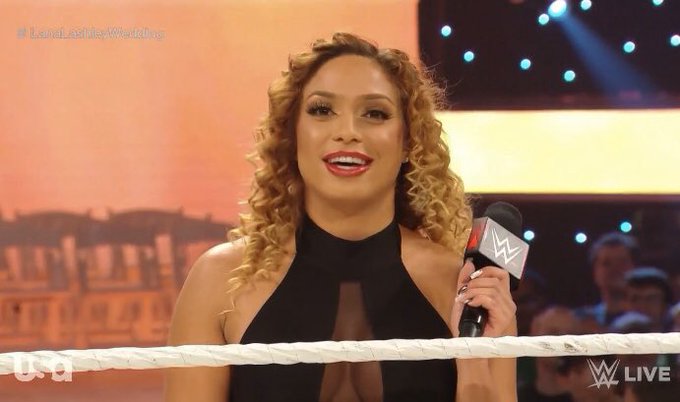 Elektra Lopez is currently making a name for herself in NXT but is one of few women in her division who has already made an appearance on WWE‘s main roster.

Lopez made her first appearance for the company back in 2019 when she was seen as former WWE Champion Bobby Lashley’s ex-wife. He was said to have met whilst in the military during a segment on RAW.

Under her real name, Karissa, she was also part of an episode of SmackDown where she teamed with current AEW Superstar Kris Statlander as The Brooklyn Belles. They lost their match to The IIconics.

Elektra Lopez giving us all the Chyna DX bodyguard vibes… 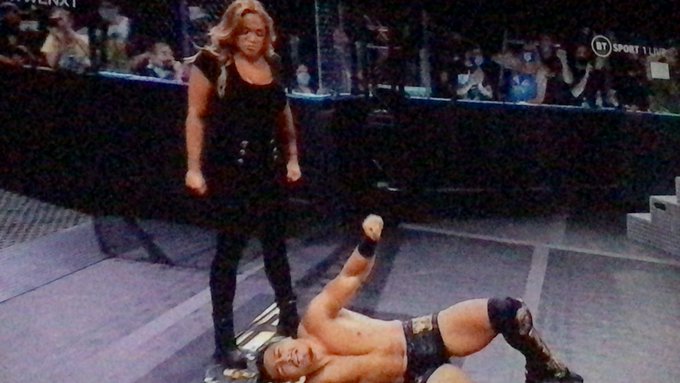 Elektra Lopez giving us all the Chyna DX bodyguard vibes…

Following her appearances on the main roster, Lopez returned to The Independent Circuit before being signed by WWE in June 2021. She was then given the ring name Elektra Lopez and made her debut for the brand this past summer.

Lopez is a second-generation superstar following in the footsteps of her father Steve King, who was part of the WWF roster from 1976 to 1984.

#1. Becky Lynch made her WWE debut as a Rosebud

I did not know until now Becky Lynch was a rosebud… 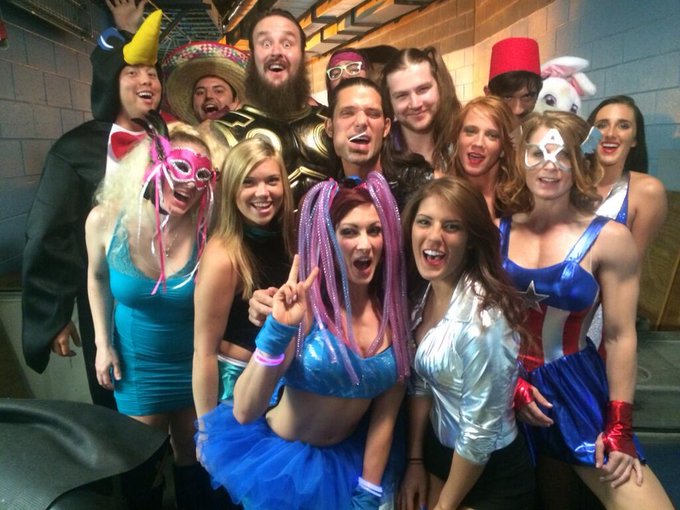 I did not know until now Becky Lynch was a rosebud… https://t.co/SA1lWt4I4Y

Becky Lynch is currently one of the most famous female wrestlers in the world, but her career in WWE has been a rocky one. The current RAW Women’s Champion had some struggles finding her feet in WWE but was able to push forward and was promoted to the company’s main roster in 2015.

A year before she was part of the women’s revolution, Lynch was able to make her debut on the main roster, but it was at the side of Adam Rose as one of his iconic Rosebuds.

Started as a Rosebud, is a two time WWE SmackDown Women’s Champion, Winner of the 2019 Women’s Royal Rumble Match and will be main eventing WrestleMania. 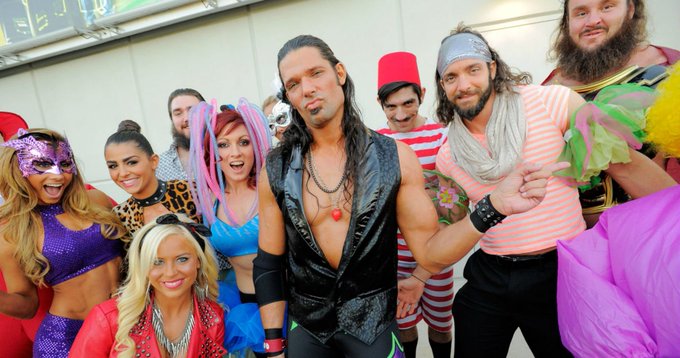 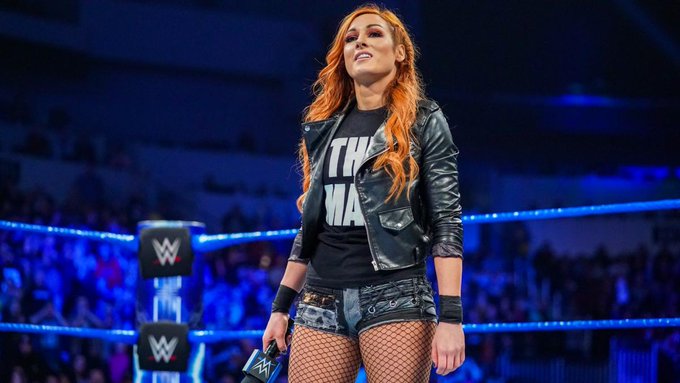 Started as a Rosebud, is a two time WWE SmackDown Women’s Champion, Winner of the 2019 Women’s Royal Rumble Match and will be main eventing WrestleMania. https://t.co/MGDYxOjTRj

Lynch is not the only wrestler to get her start as a Rosebud. The likes of Braun Strowman, Deonna Purrazzo, Simon Gotch, Elias, and Dana Brooke were all also part of Rose’s entourage.

It could be argued that Lynch is perhaps the most famous star to have been one of Rose’s followers, but much like The Godfather, there were many Rosebuds who went on to be much more famous than the man himself.