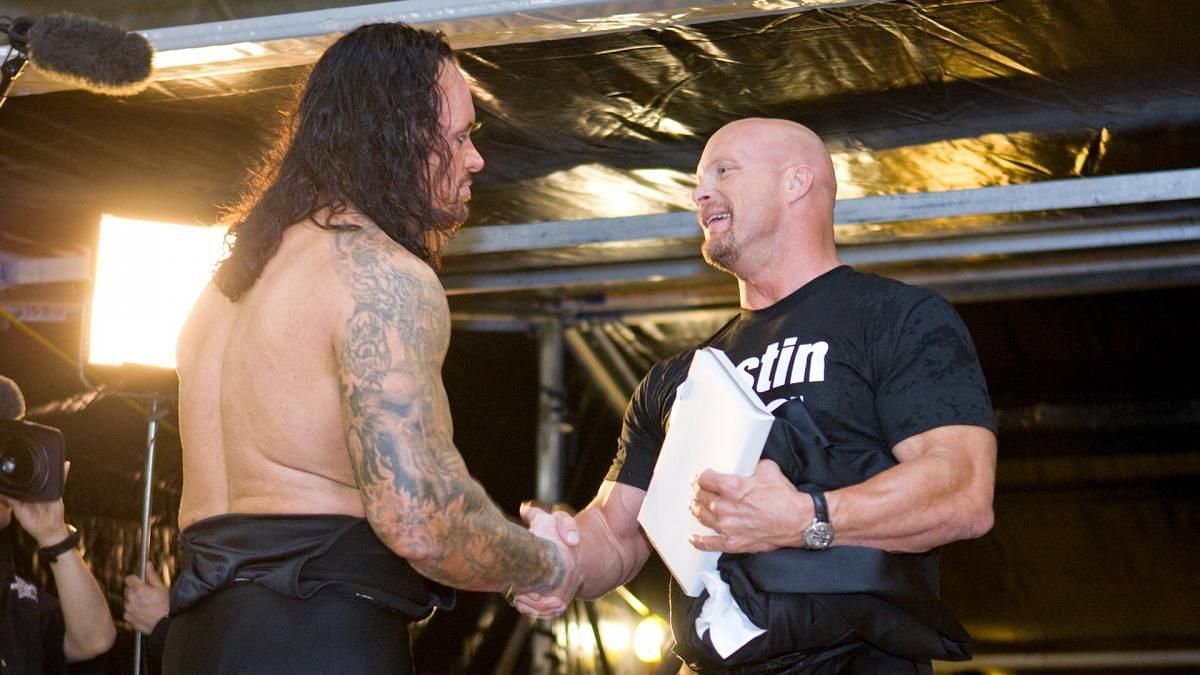 Few superstars command respect like The Undertaker in all of professional wrestling. With a 30-year-long career, The Phenom is by far the most significant legend to step foot in the squared circle.

In a recent appearance on Cold as Balls with Kevin Hart, The Undertaker revealed his new ‘Mount Rushmore of WWE’ by naming Shawn Michaels, The Rock, Stone Cold Steve Austin, and the late Andre The Giant as the four legends.

Told @KevinHart4Real to meet me in Hell in a Cell but he offered an ice tub instead. Had a hell of a time with the guy. Check out #ColdAsBalls on @LOLNetwork. #CABSeason5

Told @KevinHart4Real to meet me in Hell in a Cell but he offered an ice tub instead. Had a hell of a time with the guy. Check out #ColdAsBalls on @LOLNetwork. #CABSeason5

However, in 2020, The Undertaker made up his original list in an interview with Comicbook.com. It included Ric Flair, Hulk Hogan, and the two superstars he retained in his updated version, Andre The Giant and Stone Cold Steve Austin.

While everyone on the list is iconic in their own right, it was pretty interesting that The Deadman decided to make the change. In this article, we look at all six WWE legends on The Undertaker’s Mount Rushmore of WWE: 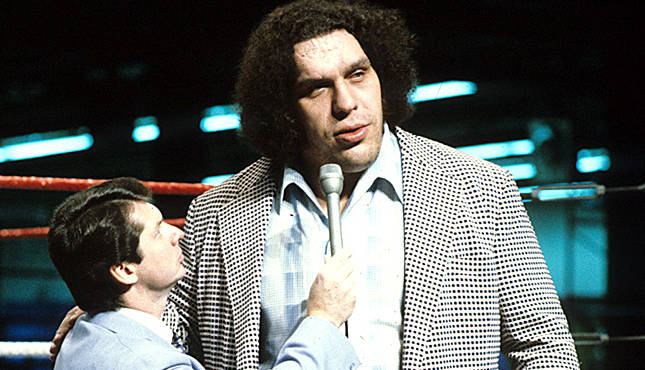 WWE Hall of Famer, the late Andre The Giant, was one of the biggest superstars to step foot in the squared circle.

Standing at seven-feet tall, he was referred to as “The Eighth Wonder of the World.” He was considered the biggest heel of the late-80s. His feud with fan-favorite Hulk Hogan was simply epic. The giant also went on to become a former World Heavyweight Champion and a WWE Tag Team Champion.

Boasting such laurels, Taker naming Andre in his Mount Rushmore is no surprise. He is one of the greatest superstars for The Phenom and the entire WWE Universe.

Like I Said, I’ve Lost A Few Matches Myself But Never To A Better Man! Happy Flair Friday! WOOOOO! 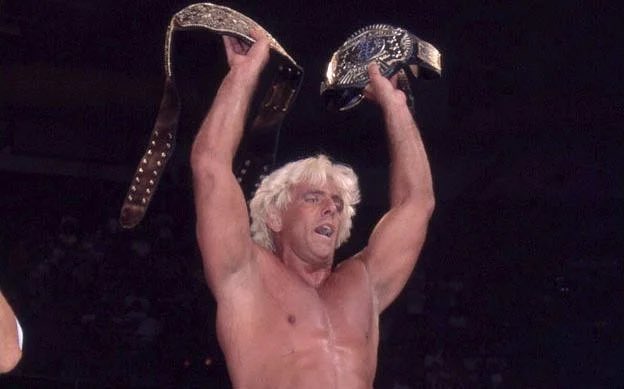 Like I Said, I’ve Lost A Few Matches Myself But Never To A Better Man! Happy Flair Friday! WOOOOO! https://t.co/FrtXkdYZEd

A 16-time world champion, WWE Hall of Famer Ric Flair is a legend in the business.

The Nature Boy crossed paths with The Undertaker early in his career. Flair helped The Phenom earn his first WWE Championship in 1991, a year after his debut. He interfered in Taker’s match against Hulk Hogan, resulting in the former winning. The two superstars also engaged in a memorable battle at WrestleMania 18, in which The Undertaker prevailed.

Flair’s rivalries with greats like Hulk Hogan, the late Roddy ‘Rowdy’ Pipper, and the late Macho Man Randy Savage were one of the ages. Nature Boy’s contribution to WWE and WCW was undoubtedly beyond words, anointing him amongst the very best this business has seen.

WWE Hall of Famer Hulk Hogan was the biggest face of the company from the mid-80s to the early-90s. His rivalries with Andre The Giant, Randy Savage, Ric Flair, and The Ultimate Warrior at the time are now considered iconic.

In 1991, The Undertaker beat Hogan for his WWE Championship with help from Ric Flair. Both superstars locked horns more than a decade later in 2002 when the Hulkster came up short once more for the WWE Undisputed Championship.

Having said this, the accolades that Hogan has achieved in the business are undoubtedly second to none. He is a former six-time WWE Champion, a tag team champion, and a two-time Royal Rumble winner, making him a global icon.

FINALLY…I come back home to my @WWE universe.
This FRIDAY NIGHT, I’ll return for our debut of SMACKDOWN!
LIVE on @FOXTV.
There’s no greater title than #thepeopleschamp.
And there’s no place like home.
Tequila on me after the show 😈🥃
#IfYaSmell🎤
#Smackdown
#RocksShow
#FOX https://t.co/V5i4cxqIqH

The Rock is truly one of the most talented superstars in WWE.

He was a pivotal figure in the company during the Attitude Era. The Great One’s feuds at the time with greats like Triple H, Kane, Stone Cold Steve Austin, and of course, The Undertaker were awesome.

The Rock and The Phenom had some memorable bouts in the late-90s. They were also tag team partners in the early-2000s and famously teamed up at Survivor Series 2001 as part of Team WWE to beat Team Alliance.

A former eight-time WWE Champion and five-time tag team champion, The Rock was undoubtedly among the best wrestlers of his generation, making him a worthy mention in The Undertaker’s Mount Rushmore.

Still proud of this match and honored by the @WWE Universe’s response to its legacy. #HBK vs @undertaker at WrestleMania 25. Will we see the #GreatestWrestlingMatchEver at #WWEBacklash? 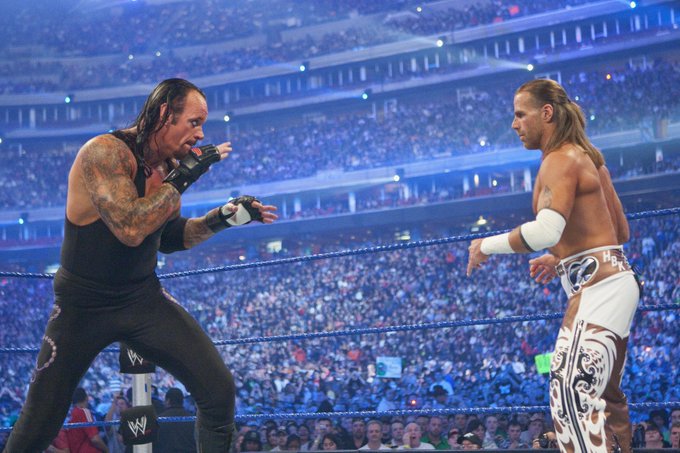 Still proud of this match and honored by the @WWE Universe’s response to its legacy. #HBK vs @undertaker at WrestleMania 25. Will we see the #GreatestWrestlingMatchEver at #WWEBacklash? https://t.co/LxORYkisOA

WWE Hall of Famer Shawn Michaels is undoubtedly one of the greatest superstars of the industry.

HBK and The Undertaker have crossed paths multiple times, with the earliest memories dating back to Royal Rumble 1998 in a Casket Match for the WWE title that the former won. Their most famous battles took place at WrestleMania 25 and 26. The latter was a Streak vs. Career match that saw Shawn’s legendary in-ring career end.

With that being said, the performance that both these superstars put in those bouts earned Taker’s respect for Michaels. Hence it’s no surprise that The Phenom has this former four-time world champion in his Mount Rushmore.

WWE Hall of Famer Stone Cold Steve Austin is one of the most-gifted performers inside the squared circle.

‘The Texas Rattlesnake’ and The Undertaker were two of the most influential superstars during the Attitude Era. Their rivalry saw Austin being the babyface in the late-90s against a heel Deadman. The roles reversed between the two at the onset of the new millennium.

The Phenom has nothing but respect for this former six-time WWE Champion. It was certainly great to see Taker put Stone Cold in his Mount Rushmore.