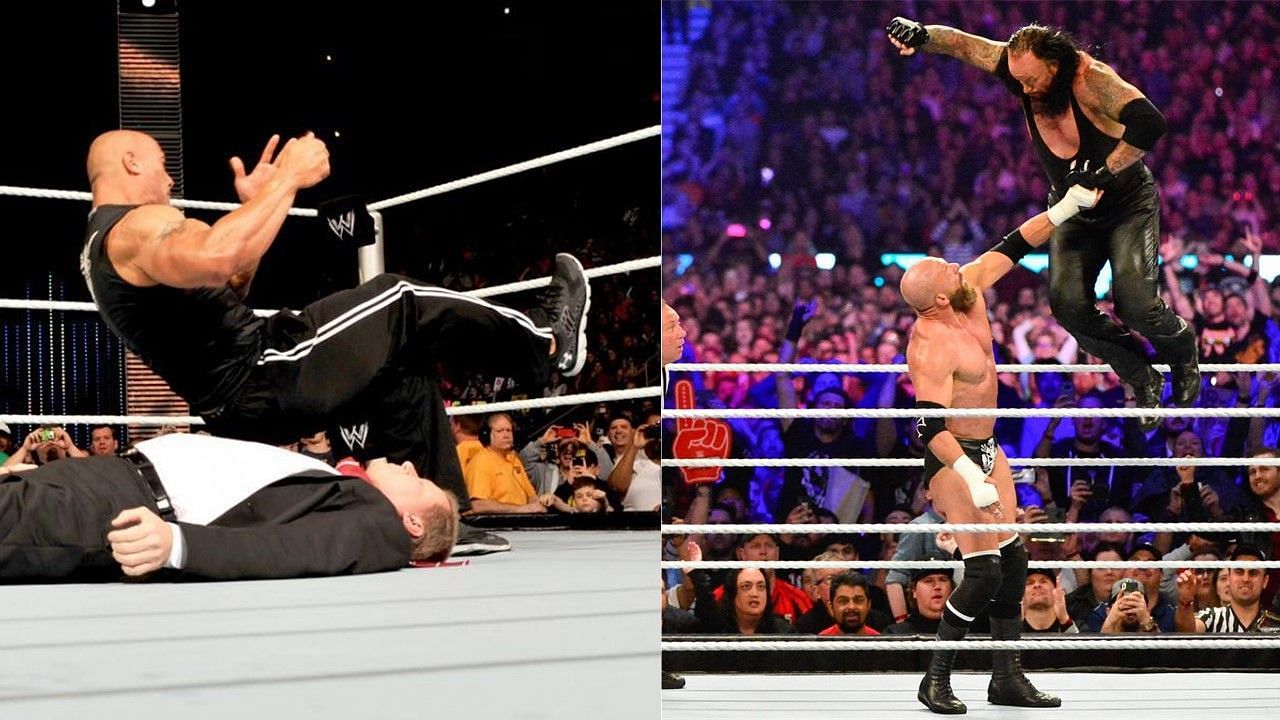 The signature move is a vital cog in any wrestler’s arsenal as it lays the foundation to put the opponent down and nail the finisher.

Over the years, some of the most famous signature moves have induced enormous reactions from fans similar to finishing moves. This is key to keeping the audience engaged, which serves as a top priority for any professional wrestling promotion.

When it comes to Vince McMahon’s promotion, it is no different. A host of WWE superstars past and present have used their signature (or ‘transition’) moves to overpower their opponents, much to the delight of the WWE Universe.

In this article, we dive into the six best signature moves in WWE history:

Rey Mysterio has been one of the most gifted WWE superstars when it comes to high-flying in-ring ability.

His signature move, the 619, has certainly left audiences awestruck by its sheer brilliance. The move got its name from the local area code of Mysterio’s hometown of San Diego, California.

In this electrifying maneuver, Mysterio trips his opponent, stringing them on one of the ropes. He then runs to the other side of the ring, picking up momentum. When he comes back, Mysterio uses the ropes, swinging around them and kicks his opponent square in the face.

The move has been truly effective on big and small-sized opponents, thereby making Rey a lethal force in the ring. 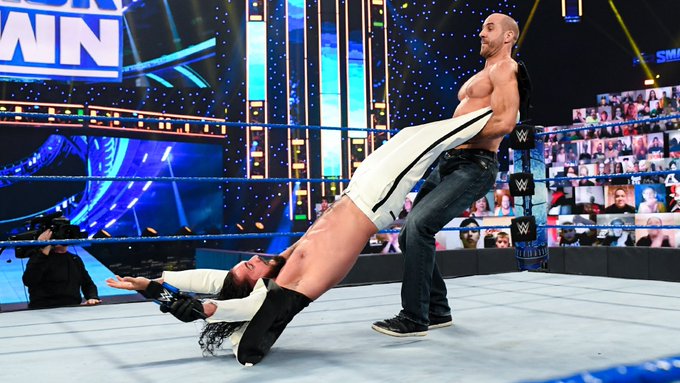 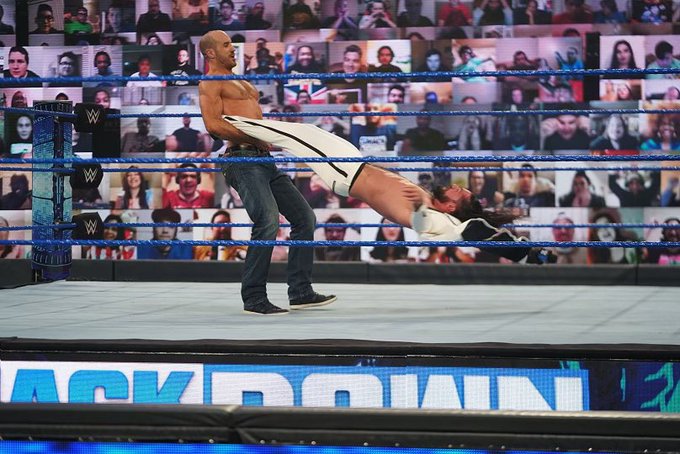 Ceasro’s signature move, The Swing, has left plenty of opponents dazed and confused.

In this move, the Swiss Cyborg takes his opponents by their feet and starts swinging them in circles until they are completely dazed out. Having said this, there have been times when Cesaro himself feels the dizziness doing this move.

The Swing serves as a stepping stone to end his opponents with the Neutralizer. Cesaro’s personal record stands at a whopping 22 swings, with the superstar on the receiving end being Seth Rollins.

WWE legend Randy Orton is not only known for his finisher, the RKO, but also his signature move – the Rope Hung DDT.

The Viper continues to use the move to great effect in WWE. A classic DDT is performed by putting the opponent in a front face lock and falling backwards so that the opponent is forced to dive forward onto his or her head.

Randy does it a bit differently, by first kicking the opponent in his stomach and then hanging him on the second rope and at last bringing him down face first inside the ring.

The Apex Predator has undoubtedly feasted on a lot of prey using this signature move.

John Cena is arguably one of the greatest wrestlers to step foot in the squared circle.

The 16-time world champion has decimated many opponents with his finisher The Attitude Adjustment aka A.A. As a precursor to his finisher, The Cenation Leader, when he has his opponent down, does the ‘You Can’t See Me’ gesture while waving his hand across his face. He then drops a fist on his opponent’s face which the WWE Universe knows as the Five-Knuckle Shuffle.

This set-up move has certainly gained a lot of traction amongst fans over the years.

The Rock is one of the few WWE superstars who has carved a praise-worthy career inside and outside the ring. His signature move, as well as his finisher, have been second to none.

In the squared circle, The People’s Champion has won a host of matches using his finisher, The Rock Bottom. He sets up this finisher with his signature strike known as The People’s Elbow.

The maneuver consists of The Rock dramatically taking off his elbow pad, throwing it into the crowd, then running back and forth across the ropes before dropping an elbow on his opponent.

The move has certainly garnered a huge ovation from fans

The Undertaker is not only famous for his awe-inspiring presence in the ring but also for a host of breath-taking moves that he’s showcased for three decades.

Be it The Chokeslam, The Last Ride, Hell’s Gate, The Suicide Dive, Snake Eyes and his finisher, The Tombstone Piledriver. Apart from these, a signature move that has grabbed the attention of millions around the world is Old School.

In this awesome athletic endeavor, The Phenom climbs to the top buckle while holding his opponent’s hand. He then walks across the top rope, which is seriously impressive for his massive frame, before dropping an elbow onto his opponent.

The move has served as the start for The Undertaker’s path of destruction through which he has laid numerous opponents to ‘Rest In Peace’.