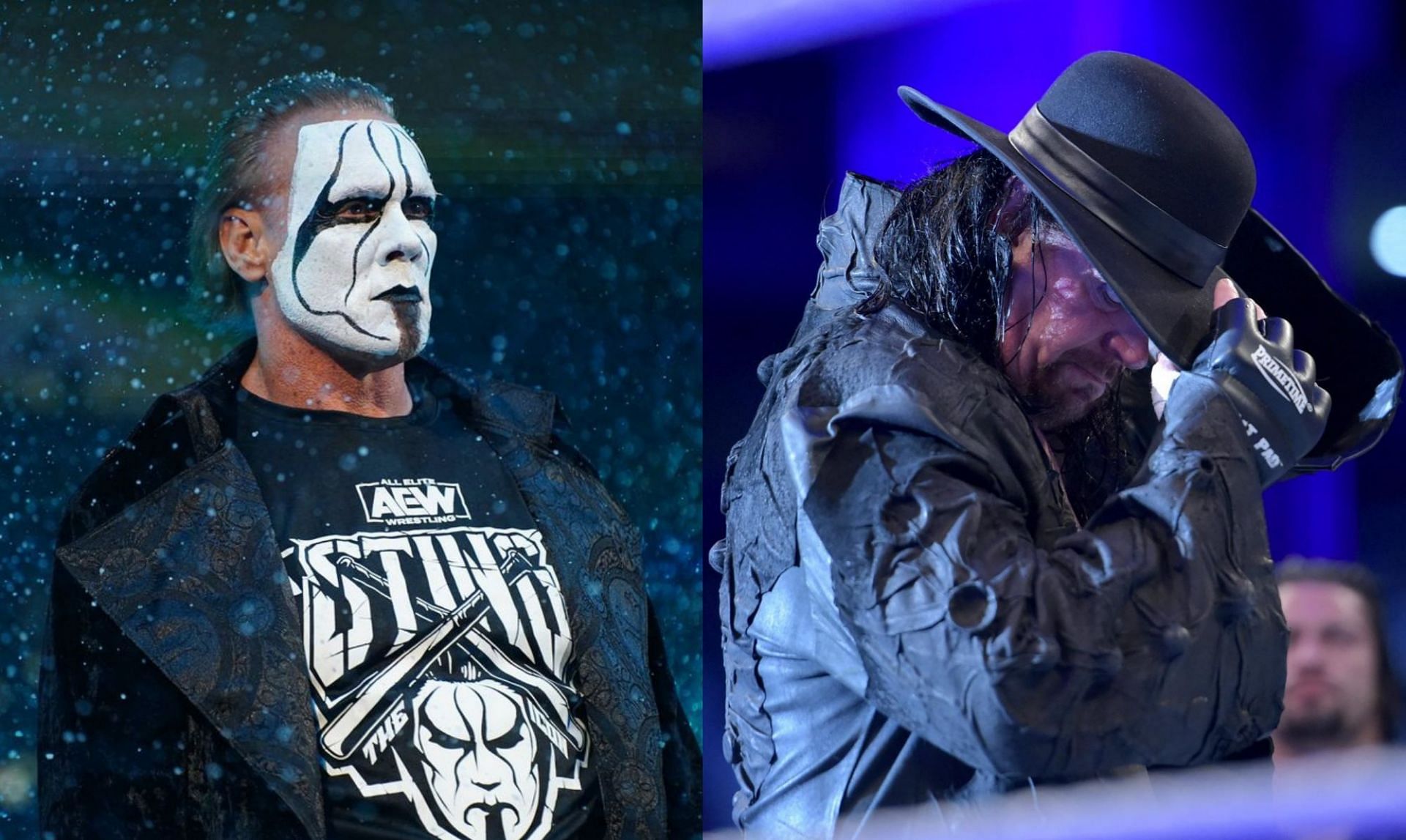 5 WWE vs. AEW dream matches that might never happen

While performers from WWE and AEW are being shuffled, some are highly unlikely to switch sides. Because of that, it seems improbable that we’ll ever get to see a match between these high-profile stars. Fans can only hope that, by some turn of events, these wrestlers get to meet inside the ring.

Here are five matches between AEW and WWE that will probably never happen.

@WWERomanReigns the bad thing is you’re not above on this guy, not even close. I don’t care what anybody says but that’s the truth.

@WWERomanReigns the bad thing is you’re not above on this guy, not even close. I don’t care what anybody says but that’s the truth. https://t.co/eSKWKBHS0k

Roman Reigns has come a long way from when he debuted as a member of The Shield. The Tribal Chief has the looks, size, and aura that have led to a dominant run in WWE. Currently, Reigns is the biggest star in the wrestling business.

In AEW, Kenny Omega has shown his impressive talent. WWE Hall of Famer Kurt Angle recently showered praise on the former AEW World Champion during an episode of his podcast on AdFreeShows.com.

Angel referred to Kenny as the most talented superstar that never went to WWE, and complimented him on his incredible talent:

“I mean, his success, what he has had in Japan, and in AEW, phenomenal. I haven’t seen a talent like him in a long time. I would say that he is every bit as talented as Rey Mysterio. And he belongs in that upper echelon of talents; one of the greatest workers in the business today.”

Roman Reigns vs. Kenny Omega will be a massive event. However, it is unlikely that the two stars so strongly connected to their brands will ever share the ring.

The Young Bucks were pretty well-known even before they entered AEW. Their high-flying action has earned them a spot on the upper echelon of the wrestling industry.

The Usos have benefited massively from their alliance with Roman Reigns. Their heel turn alongside The Tribal Chief has elevated their status, and they are rightly considered one of the best tag teams currently in WWE.

WWE Hall Of Famer Ric Flair praised The Usos and Young Bucks while speaking on his Wooooo Nation Uncensored podcast.

“I would take The Young Bucks and The Usos as two of my favorite teams. They have a different style than Tully and Arn, but the way wrestling is put together today, and the way the guys are taught to entertain, I think The Usos are phenomenal and The Young Bucks do some stuff I’ve never seen.” (H/T WrestlingNews)

Both teams are closely associated with their brands, so a match between them will probably never happen. Fans can only hope for an unlikely shuffle between WWE and AEW that would pit them against each other.

While Britt Baker was unable to make it in WWE, she has found her place in Tony Khan’s Promotion. Her bookings, promos, and matches in AEW have been set up very well, allowing her to be a wildly popular heel.

Sasha Banks is also making headlines in WWE. Rightly considered one of the greatest female wrestlers in the industry, The Boss has an electrifying presence.

With both superstars currently being the biggest female performers in their respective promotions, it seems far-fetched to imagine a scenario where they will fight in the same ring. Furthermore, The Good Doctor has also taken digs at Sasha Banks before.

All things point to the slim chance of Sasha Banks and Britt Baker going toe-to-toe against each other in the ring.

Moral of this story. 80 lb Darby Allin can withstand anything. Brian Cage, cant.

Moral of this story. 80 lb Darby Allin can withstand anything. Brian Cage, cant.

AEW has pushed Darby Allin as one of its most important faces. The Daredevil has earned his nickname due to his risky style and devil-may-care attitude. Fans have responded positively to Allin’s adrenaline-pumping presence. On the other side, John Cena made it to the mainstream through his varied talent, impressive performances, and memes.

Darby Allin regularly fights opponents much bigger than him, which is also a part of his style. A bout with John Cena would play on the same lines. Darby’s resilience has been compared to Cena‘s never-give-up attitude multiple times.

However, with both the stars being the faces of their brand, it’s next to impossible for them to fight each other. It seems this match is also destined to remain on the list of dream matches that will never happen.

30 Years as (The Undertaker)

For many years, pro wrestling fans across the globe have waited for a dream bout between two icon Sting and Deadman. But to their sheer disappointment, the two legends never squared off against each other inside the WWE ring.

For many years, pro wrestling fans across the globe have waited for a dream bout between two icon Sting and Deadman. But to their sheer disappointment, the two legends never squared off against each other inside the WWE ring. https://t.co/7JaAnpOJVV

The Undertaker requires no introduction to even the most unaware wrestling fans. His legacy in WWE is legendary. The Deadman was one of the most integral parts of WWE during his time.

Sting has brought his legendary status to AEW. Acting as a mentor to Darby Allin, The Icon elevates the show by mere presence ringside. Furthermore, AEW has booked the veteran perfectly.

A match between The Undertaker and Sting has been dreamt of for since long. While fans clamored for a match between the two, no situation has ever arisen to pit them against each other. With The Undertaker’s recent retirement, this is a dream match that will probably never happen.