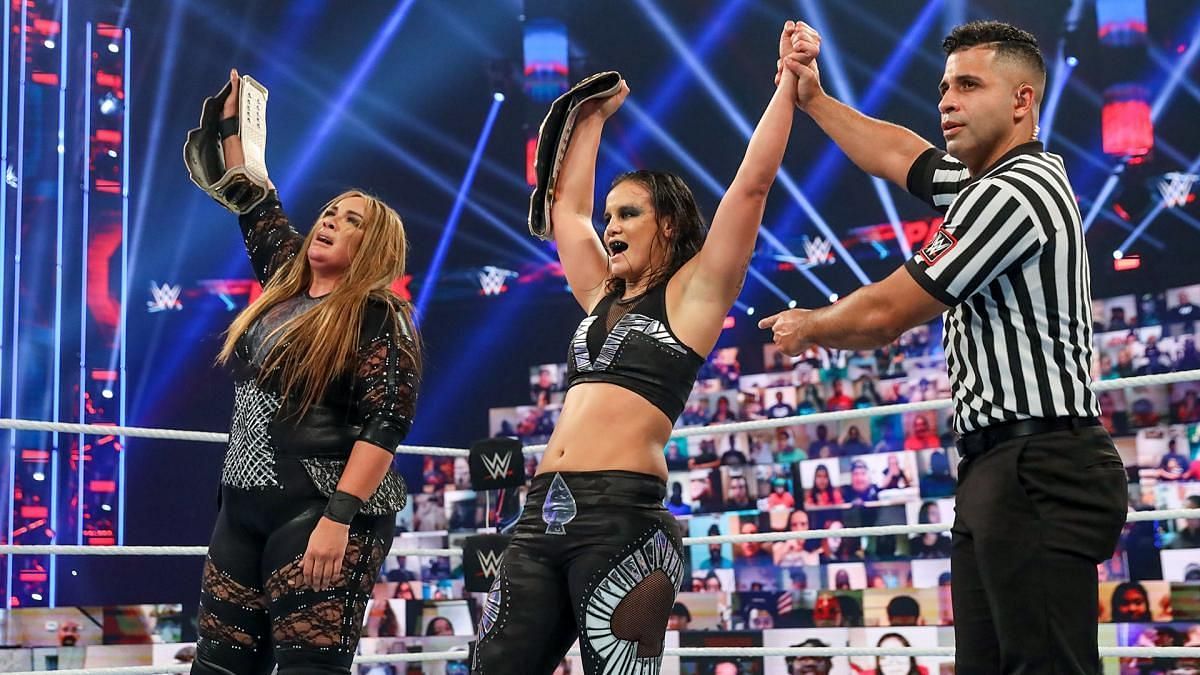 Over the last few decades, WWE has not only seen superstars in singles competitions soar to unprecedented heights but also tag teams carving a success story worth every praise.

There have been some legendary tag teams in WWE, from the likes of The Hart Foundation, The Mega Powers, The Rockers, Legion of Doom and The Hardy Boyz in the past to some great teams on the current roster like The Usos, RK-Bro and The New Day.

With that being said, there have been occasions when teams have had to split owing to creative differences between the team members or one of the superstars from the team eyeing singles glory.

The latter has been quite evident in the promotion, with two famous examples being Bret Hart and Shawn Michaels. The two Hall of Famers left The Hart Foundation and The Rockers respectively in the early 90s to become highly accomplished singles competitors.

There are also times when tag teams split due to the WWE Draft with one of the team members being transferred to another brand.

.@NatbyNature & @TaminaSnuka have arrived in style with a chance to capture the #WWE Women’s Tag Team Titles! #SmackDown 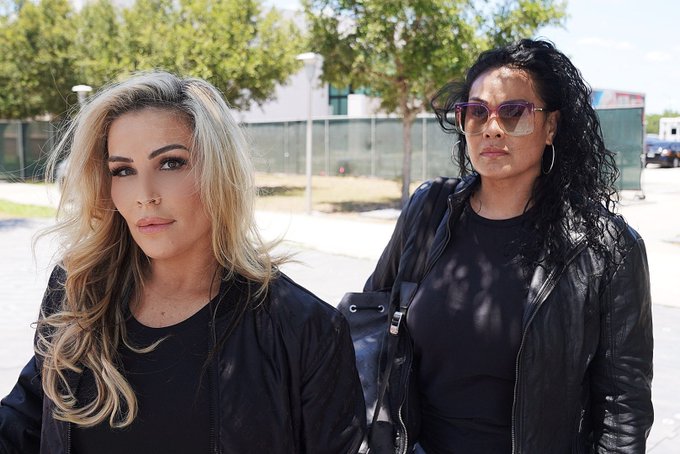 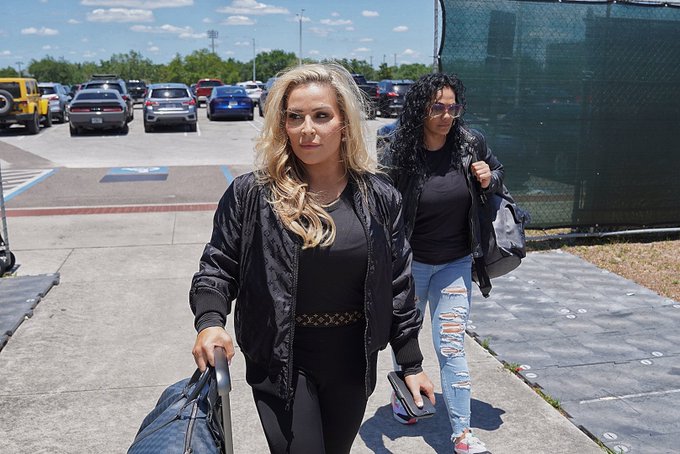 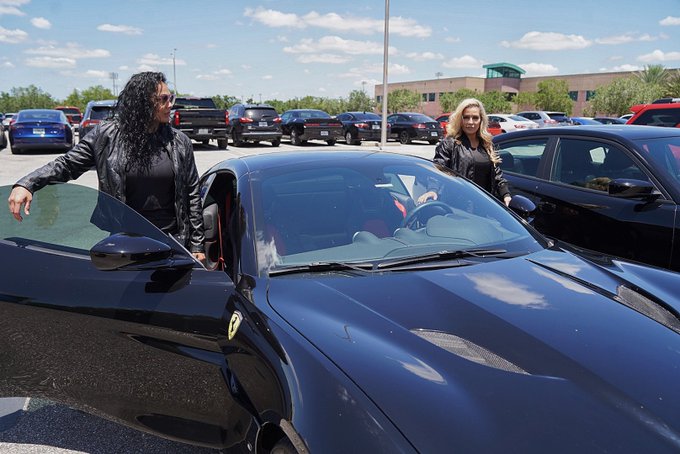 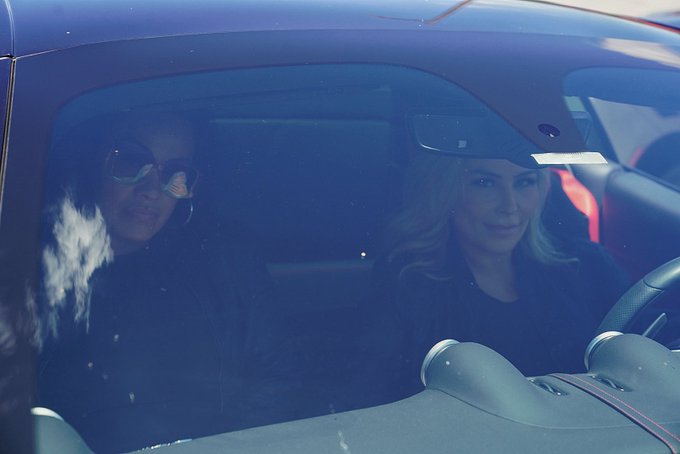 .@NatbyNature & @TaminaSnuka have arrived in style with a chance to capture the #WWE Women’s Tag Team Titles! #SmackDown https://t.co/E3z2eNguuY

A third-generation professional wrestler in Natalya and a second-generation superstar in Tamina joined forces at the beginning of 2021 to form one of the most dominant tag teams on the women’s roster.

The two ladies won a Tag Team Turmoil Match on Night 1 of WrestleMania 37. The victory gave them a chance to challenge the then champions, Nia Jax and Shayna Baszler, the following night of the same event.

Natalya and Tamina lost to the champions at WrestleMania but were successful in dethroning them on May 14 episode of SmackDown to become new WWE Tag Team Champions.

The two superstars held on to the titles until September before dropping it to Super Brutality (Rhea Ripley and Nikki A.S.H).

Having said this, Natalya and Tamina’s partnership would come to an unfortunate end following the WWE Draft as the former would remain a SmackDown superstar and the latter was moved to RAW.

Eva Marie and her former protege Doudrop began working as a tag team in WWE back in June 2021.

The team had their first match against Asuka and Naomi which they lost on the June 21st episode of RAW. The pair would subsequently score a victory over Asuka and Naomi when they beat them the following week. They also had some memorable feuds with the team of Natalya and Tamina as well as Alexa Bliss.

Marie and Doudrop had a fall-out at SummerSlam 2021 after Alexa Bliss beat Eva, thereby ending their partnership. The two former partners would battle on two ocassions on the Red Brand after SummerSlam, with Doudrop prevailing both times.

While Eva Marie was released by the company on November 4 this year, Doudrop has carved a praise-worthy journey as a singles competitor.

Members of the former stable Retribution, which disbanded in March 2021, Mace and T-Bar joined forces to form a destructive tag team in April the same year.

They had some memorable bouts with teams comrising of Drew McIntyre & Braun Strowman as well as Mansoor & Mustafa Ali on RAW scoring wins over both. The two giants would also square off against the Lucha House Party, albeit coming up short in their brief time as a tag team.

The team disbanded after the WWE Draft in October this year when Mace moved to SmackDown and T-Bar continued to remain on the red brand.

Mustafa Ali and Mansoor were a tag team that I really wanted to see overcome the odds and become tag team champions.

Why did WWE have to split them up? 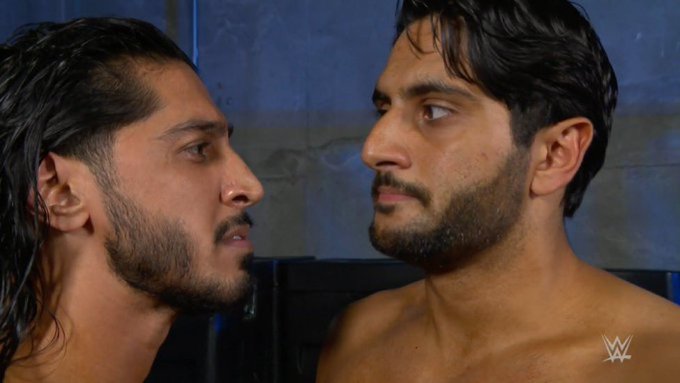 Mustafa Ali and Mansoor were a tag team that I really wanted to see overcome the odds and become tag team champions.

Why did WWE have to split them up?

WWE superstar Mustafa Ali, who was the leader of the stable Retribution before it got disbanded, joined forces with Mansoor to form a tag team in July 2021.

In their first match they beat the team of Mace and T-Bar but ended up losing to them a week later. They would also have some epic feuds with Los Lotharios, Angel and Humberto, albeit coming up short.

Things went badly between the team members when they lost to The Hurt Business on the October 11 episode of RAW. Ali attacked Mansoor after the match, effectively ending their partnership. The two superstars would compete in a contest at Crown Jewel 2021, which Mansoor won in his home town of Riyadh.

Nia Jax and Shayna Baszler came together in August 2020 to form one of the most brutal tag teams on the women’s roster.

They immediately tasted success when they beat the team of Bayley and Sasha Banks at the Payback pay-per-view to win the title. Nia and Shayna would continue their reign until the TLC event in December 2020 losing the titles to the newly formed team of Charlotte Flair and Asuka.

At Royal Rumble 2021 they regained the titles from Flair and Asuka to continue their run as champions for a whopping 103 days. During this time, they conquered a host of tag teams on the roster, including the likes of Naomi & Lana, Mandy Rose & Dana Brooke, and Natalya & Tamina.

In May 2021, Nia and Shayna were finally dethroned as champions by Natalya and Tamina. The team unfortunately split in September this year after Baszler turned on Jax, brutally assaulting her in the process.

Nia was released by the company on November 4 and Baszler now competes on SmackDown as a singles competitor after the WWE Draft.

Which of these tag teams do you think shouldn’t have been split up? Share your thoughts in the comments section below.