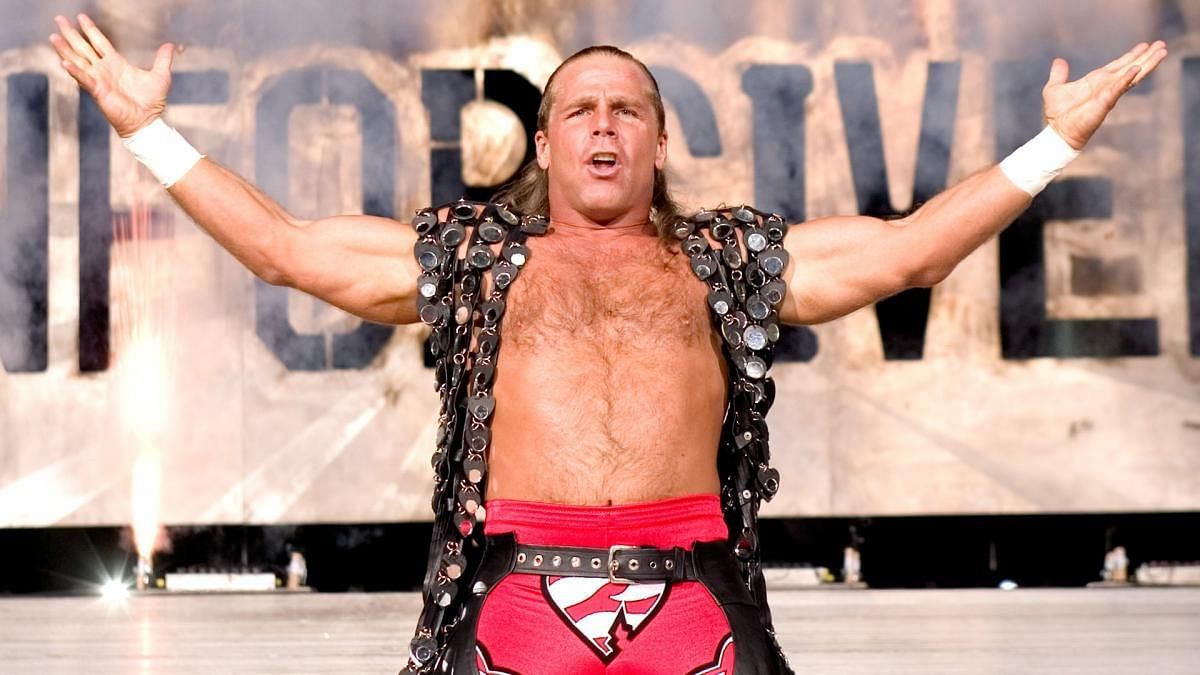 5 WWE Superstars who sang their own entrance theme

WWE Superstars started using entrance themes en masse in 1980s. The likes of Gorgeous George and Mildred Burke had innovated the use of music to enhance their gimmicks decades earlier, and Sgt. Slaughter was one of the finest wrestlers to enter to a piece of music in WWE. Nowadays, every WWE Superstar uses an entrance theme and an exception to the tradition is hard to find.

Whose entrance theme should @rikbugez perform next? 🎸 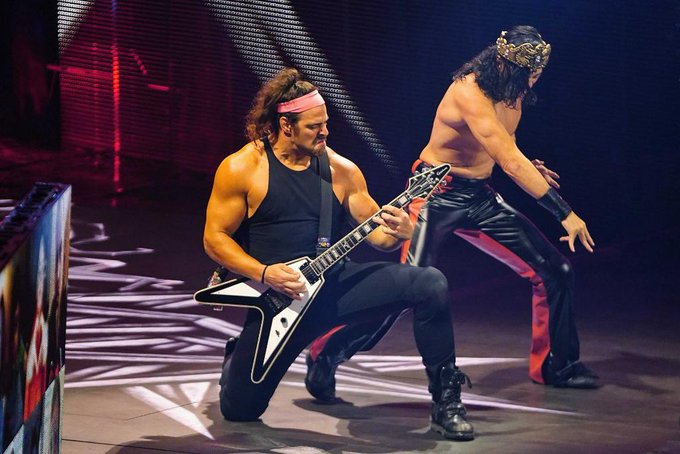 Tommaso Ciampa, as a heel, brilliantly walked down the entrance ramp without music, soaking in the jeers of the NXT fans. However, he soon started using an admittedly excellent theme. What Ciampa didn’t accomplish was the honor of singing his own entrance theme. Certain WWE Superstars have donned their musical caps and went on to sing their themes, and most such themes have turned out to be quite popular.

Here is a list of 5 instances of WWE Superstars singing their own entrance themes.

R-Truth is a consistently entertaining presence on the periodically uninteresting episodes of WWE events. Although the 24/7 title chase has become stale as of late, he still manages to infuse some fun into it from time to time.

Whether through his hilarious “my bad” segments or through his masterful ability to engage with the audience, the two-time former NWA World Heavyweight Champion can be trusted to provide some enjoyment.

R-Truth is no stranger to singing his own theme song, and the current version of the character sings his song live on the way to the ring. Despite his lower-card status, he is a popular presence, and his calls of “What’s Up” are enthusiastically answered by a large section of the spectators.

During the Attitude Era, R-Truth wrestled in WWE as K-Kwik. He performed his theme song at that point as well.

A couple of @WWE Hall of Famers take care of business as #DustyRhodes and #JunkyardDog appear in our newest HIDDEN GEM! https://t.co/CcEiZBdnne

Junkyard Dog broke barriers in WWE and other professional wrestling promotions during his in-ring career by becoming one of the first African-American superstars to succeed as a headlining babyface. He had limited wrestling skills but backed his fame up by endless charisma.

JYD was lucky enough to receive two memorable theme songs. The first was the legendary Queen hit “Another One Bites The Dust,” and the second “Grab ’em Cakes.” JYD sang the latter song, using it as his entrance theme for a considerable part of his career. 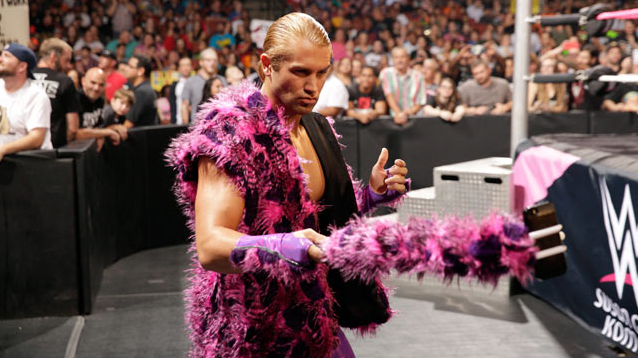 Tyler Breeze‘s theme song is basically a self-hype package in which he proclaims himself to be a physical specimen who is more gorgeous than anyone else on the roster. Breeze’s narcissistic, selfie-prone gimmick was a perfect match for the theme. Of course, it was in his own voice that Breeze used to elaborate on his physical superiority.

Breeze did not accomplish much on the main roster, although he enjoyed a revival as part of Breezango, winning the NXT Tag Team Championship. His greatest achievement was his status as the opponent of Jushin Liger in the Hall of Famer’s only televised match with the company.

Follow the bitter rivalry between @TheRock and @JohnCena from 2011 to 2013, presented by #REDNOTICE. @NetflixFilm

Follow the bitter rivalry between @TheRock and @JohnCena from 2011 to 2013, presented by #REDNOTICE. @NetflixFilm

Like WWE Hall of Famer Junkyard Dog, Cena was lucky to be able to use not one, but two memorable entrance themes. “Basic Thuganomics” has not been regularly used for a long, long time, yet it is widely loved by fans of professional wrestling.

Cena achieved franchise player status using a different theme called “My Time Is Now.” The new theme was soon modified by fans in the arena who chanted “John Cena sucks” at appropriate times.

While Cena changed gimmicks, he kept alive the tradition of singing his own themes, with the second theme sung by Cena and his cousin Tha Trademarc.

Sensational Sherri was very instrumental in getting Shawn Michaels over as a singles act. HBK had all of the tools but Sherri boosted him as his lovestruck muse. HBK grew as a performer & wrestler with Sherri by his side. He eventually moved to the next level & dumped Sherri. 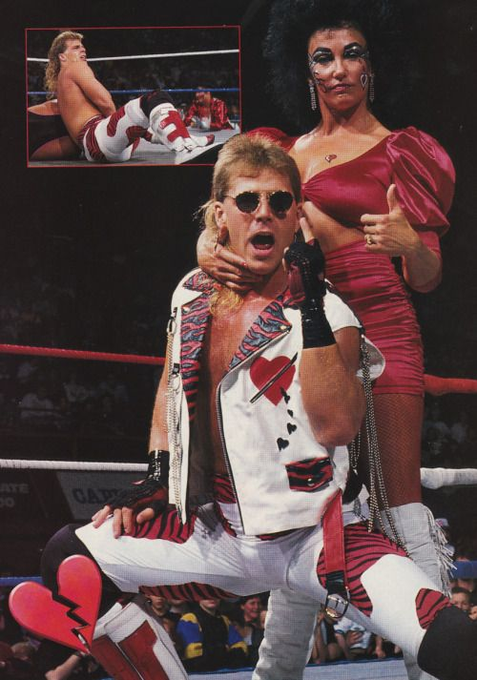 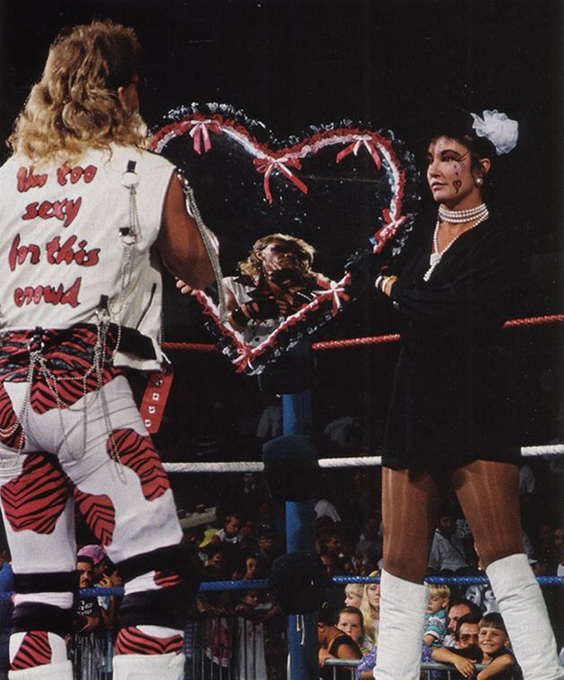 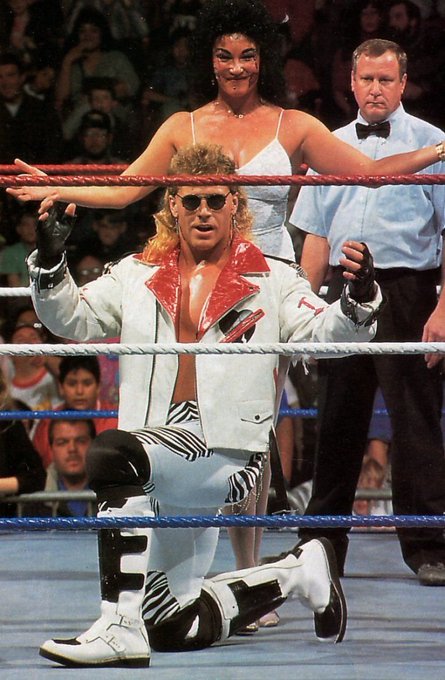 Sensational Sherri was very instrumental in getting Shawn Michaels over as a singles act. HBK had all of the tools but Sherri boosted him as his lovestruck muse. HBK grew as a performer & wrestler with Sherri by his side. He eventually moved to the next level & dumped Sherri. https://t.co/0CyOn3b2JZ

Entering to the tune of “Sexy Boy,” HBK became one of the greatest legends in WWE history, winning championships and ending careers before getting his own career ended by The Undertaker. He stayed retired for years before returning for a match that never needed to happen.

“Sexy Boy” was originally sung by the Sensational Sherri and it is the version considered favorite by many fans. However, The Heartbreak Kid’s magnetic narcissism is reflected without limits in his version of the song. He used it till the end of his in-ring career, and it became one of the most recognized themes in professional wrestling history.