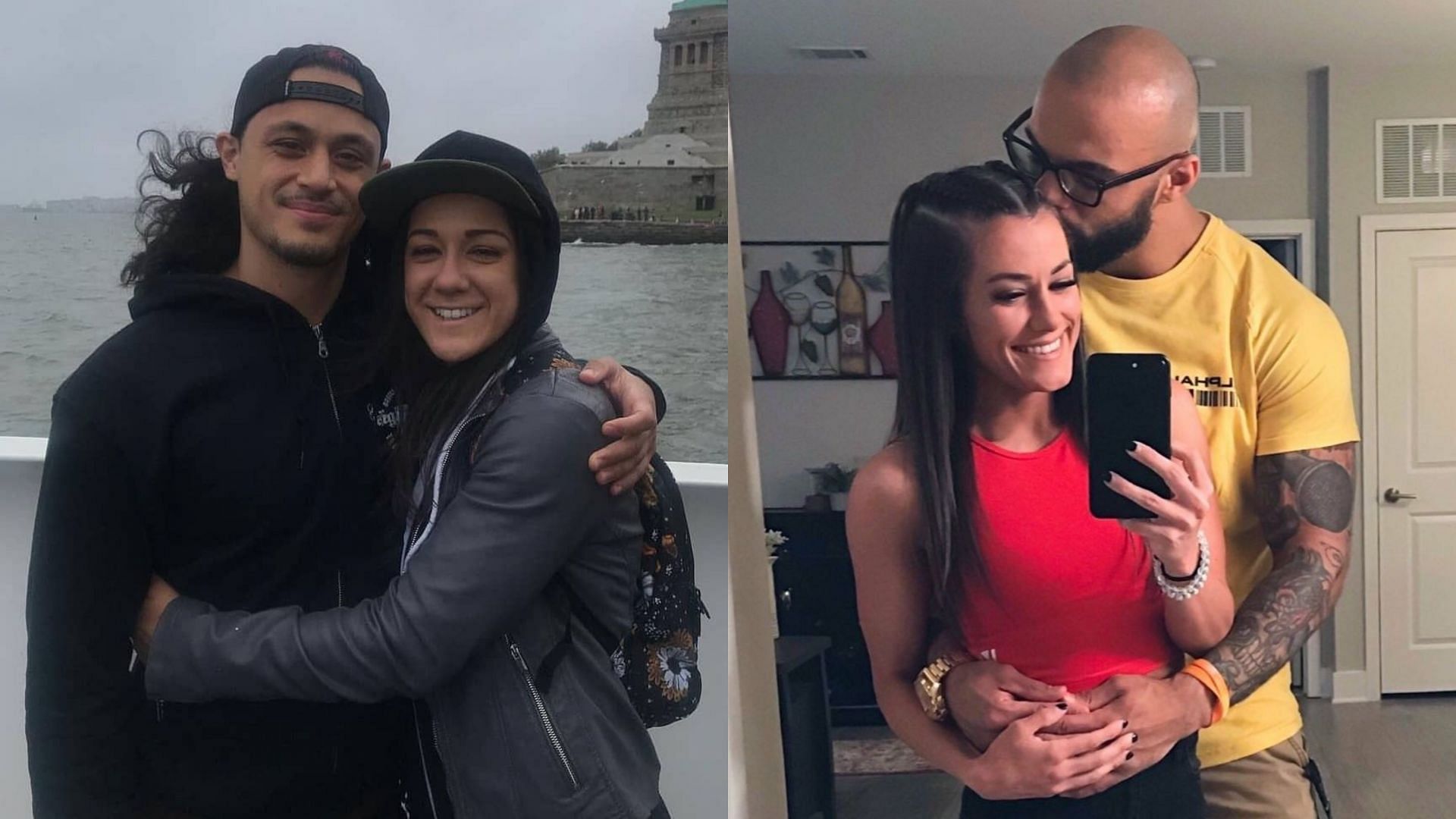 While the past few months have seen several WWE Superstars get engaged and married, others have split from their real-life partners.

Throughout the past two years, many WWE Superstars have gotten into new romantic relationships. Few have announced their engagement, and some have tied the knot with their significant others.

Nonetheless, other former and current WWE Superstars have gone through a contradictory experience. In the past two years, their relationships with their real-life partners ended. While a few stopped dating fellow wrestlers, others called off engagements, separated from their spouses, or divorced.

Priscilla Kelly & Darby Allin Getting Divorced: “We Are Just Not Compatible Together As A Couple” dlvr.it/RdNpH2 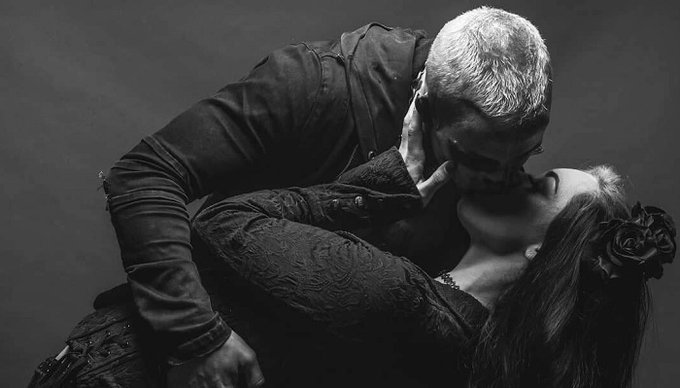 Priscilla Kelly & Darby Allin Getting Divorced: “We Are Just Not Compatible Together As A Couple” dlvr.it/RdNpH2 https://t.co/6XPb4XRGCt

Gigi Dolin met current AEW star Darby Allin a few years before joining WWE and fell in love with him. The couple dated for only four months before announcing their engagement. They tied the knot in November 2018.

After nearly two years together, the couple announced they were getting divorced in August 2018. The NXT Women’s Tag Team Champion confirmed their divorce a few months later during an appearance on the Excuse Me: The Vickie Guerrero Show. Dolin revealed the reason for their divorce on the same show.

“With us, we realize we got married really young and really fast. He proposed after dating me for four months. That works for some people but for us, we realized we were not mature enough to handle that label of marriage (…) Since we removed that label of being married, we’ve been getting along great. We are best friends. We hang out all the time. We never have any conflict. We both still have little issues. We are both really young. We are still learning where we want to go with our careers and where we want our lives to go,” she said.

Sounding the City of Nightmares 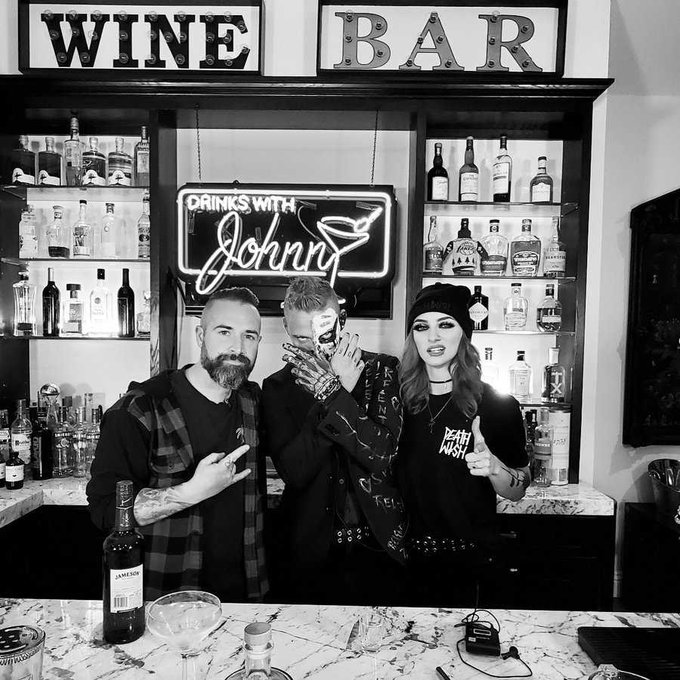 A few months after their divorce, Dolin officially joined WWE. The 24-year-old is now part of the Toxic Attraction stable led by Mandy Rose on NXT. She is also one-half of the NXT Women’s Tag Team Champions alongside Jacy Jayne.

Shortly after starting dating, Sky praised her boyfriend in an interview with Sports Illustrated. She disclosed that he was very supportive of her and helped her believe in herself.

“I am so grateful to have Mark in my life. We talk about wrestling a lot together and he has an amazing mind for the business, but he is also an incredible person. He’s very supportive of me and so inspiring. He is so motivating and helps me believe in myself,” she said.

The couple spent five years together. Nonetheless, they announced their breakup earlier this month. Last Tuesday, both Bully Ray and Velvet Sky made similar tweets regarding their split.

“[Velvet Sky] & I have decided to part ways amicably. There’s no animosity and we will always be cool, and we wish each other well in life. This will be the only public comment we make on the matter,” Bully Ray stated in his tweet.

The WWE Hall of Famer is now an active competitor on the independent circuit. Meanwhile, Sky is currently a color commentator on NWA after retiring from an in-ring competition five years ago. 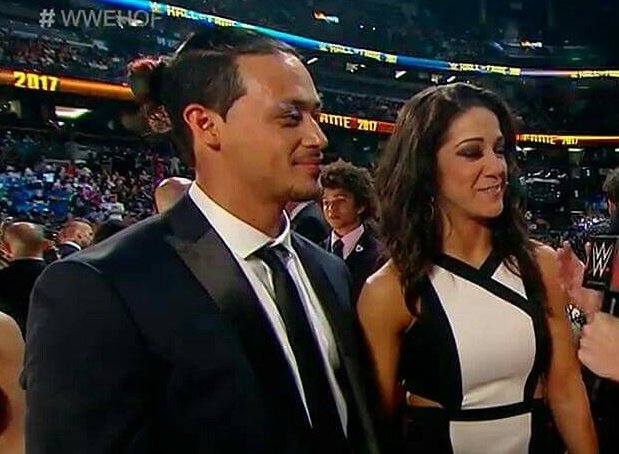 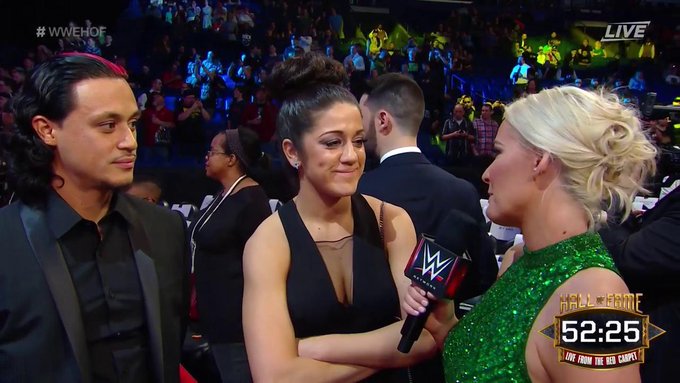 Bayley and AEW star Aaron Solow met on the independent scene a few years before The Role Model joined WWE. In 2012, the former SmackDown Women’s Champion signed with Vince McMahon’s company and debuted on NXT in January 2013.

Solow also made a few WWE appearances. He competed in a few matches on NXT, 205 Live, RAW between May 2014 and December 2017. The 34-year-old has also competed in several other promotions in the past few years. He is currently part of the AEW roster.

Bayley and Solow dated for several years before announcing their engagement five years ago. Nonetheless, they called it off last February. Solow then explained the reason for their decision in a tweet.

“Pam (Bayley) and I have come to the realization that we have a completely different idea of what we want our future to look like, because of this we feel that it would be in our best interests to call off our engagement and end our relationship,” he wrote.

The current AEW star also disclosed that the couple has agreed to stay friends and support each other in their careers and lives. 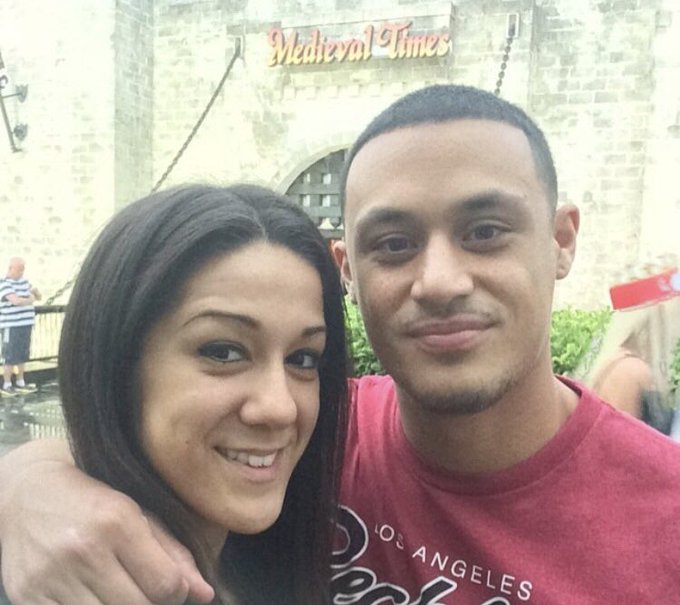 Aaron Solow continues to perform regularly on AEW television. Meanwhile, Bayley is currently out of action due to injury.

Tay Conti (FKA Taynara) kicked off her wrestling career in 2016, signing a developmental contract with WWE. Tay had a martial arts background. She holds a black belt in judo and a blue belt in Brazilian jiu-jitsu. The 26-year-old was also in a relationship with Brazilian Judo fighter Jorge Conti.

A year after joining WWE, Tay tied the knot with her long-time boyfriend. However, the former WWE Superstar recently announced that she and Jorge are no longer married.

During a Q&A session on Instagram, a fan asked her why she no longer posts photos with her husband. Tay replied by revealing that they were no longer together.

“we have been separated for a long time,” she wrote.

ricochet & kacy see wat u did there 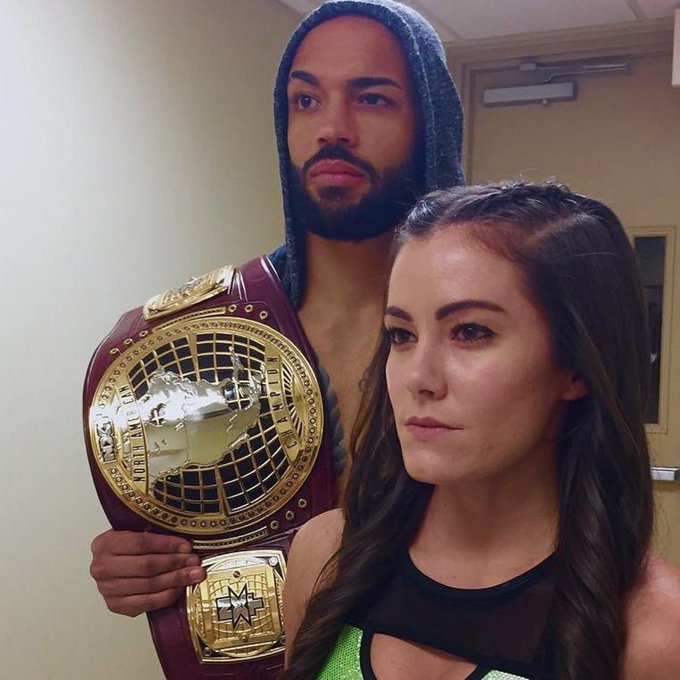 ricochet & kacy see wat u did there https://t.co/cqupz3WdmL

Kacy Catanzaro and Ricochet officially joined WWE in 2018 and soon fell in love with each other. The former United States Champion revealed how they first in an interview with Chasing Glory Podcast.

“We actually came in the exact same class and started the same day. She was always so nice and kind, and helpful to everybody in any way that she could be, and that was something that I had always admired about her,” he said.

The former NXT North American Champion recently confirmed his breakup with Catanzaro by sharing a photo with his new girlfriend on his Instagram. Ricochet is now in a relationship with WWE Ring Announcer & Correspondent Samantha Irvin.