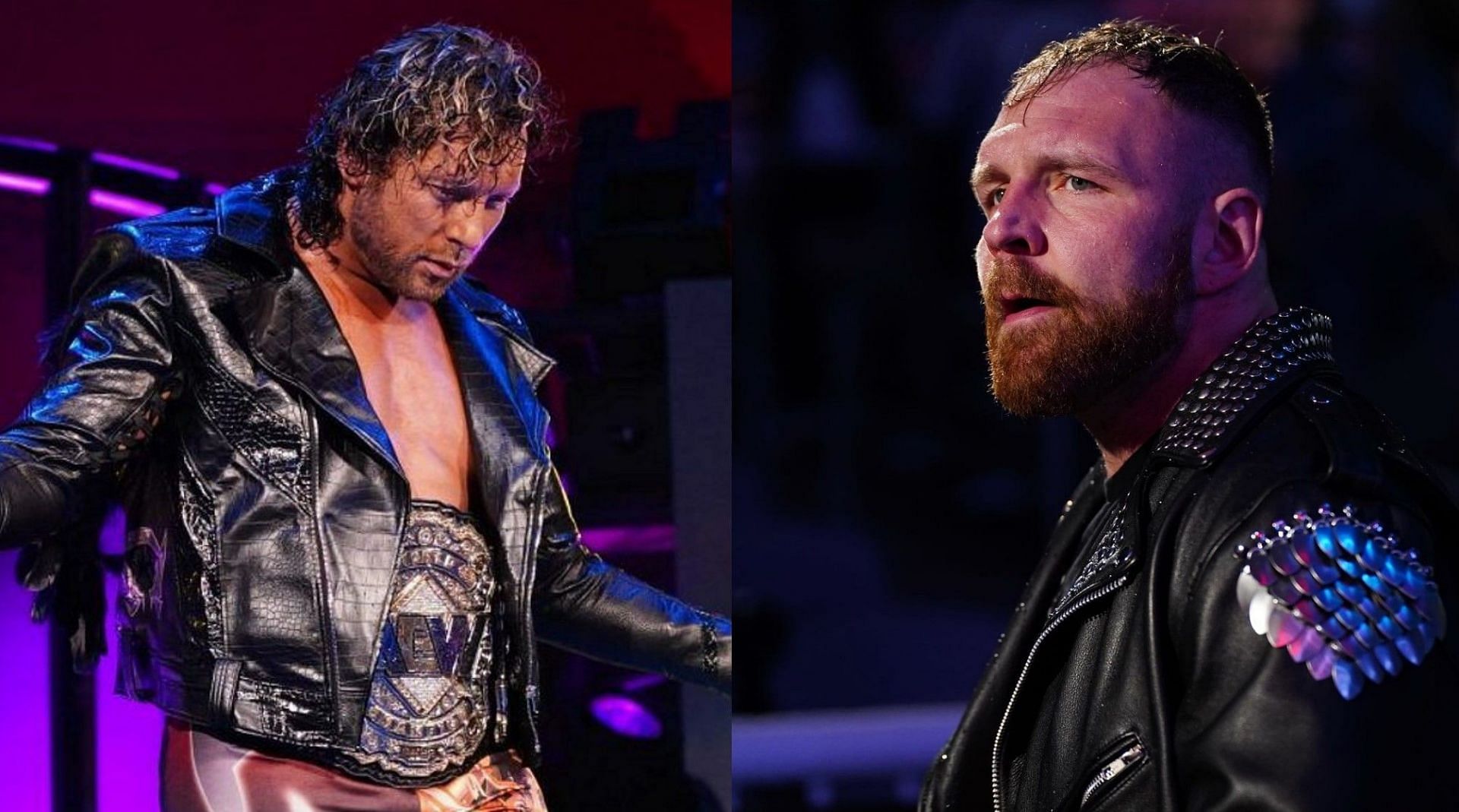 While Mox decided to enter an inpatient alcohol treatment program to deal with his addiction issues, The Cleaner needed the sabbatical to undergo multiple surgeries. The latter has various health concerns like vertigo, abdominal hernia, and issues with his shoulder and knees.

Although AEW has bolstered its roster by signing well-known names from the industry, having two former World Champions missing from weekly programming could affect the proceedings.

Sportskeeda Wrestling commends Jon Moxley and wishes him the best in his recovery. #AEW 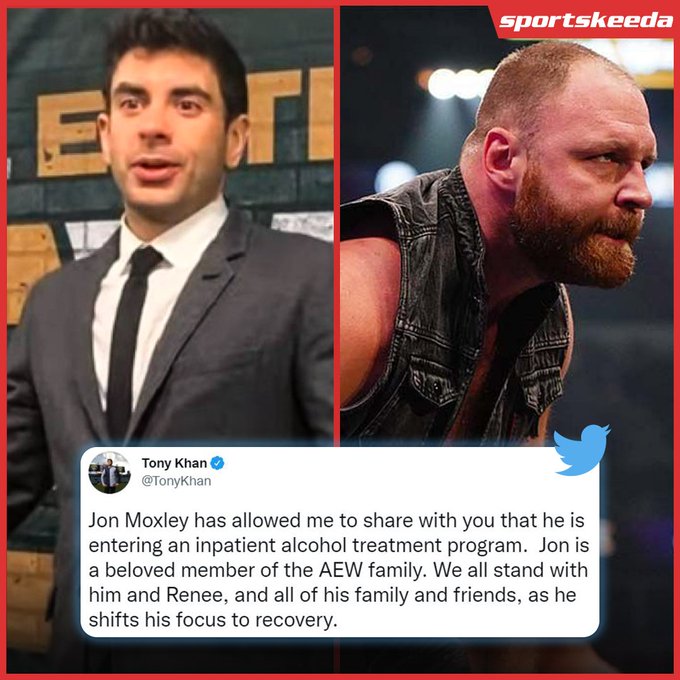 Sportskeeda Wrestling commends Jon Moxley and wishes him the best in his recovery. #AEW https://t.co/0QzUiO6QaY

Given the gravity of both men’s situations, it is safe to assume that Mox and Omega may not be returning to television anytime soon, at least not until next year. The AEW fanbase and even management will miss their presence badly.

#5 AEW could feel the need for more main event stars

Yeah, no surprise. Big time big boi. This man has been battling wear and tear on his body. Injuries upon injuries and vertigo won’t vertigo away, yet he gave us some bangers. From death matches with Moxley to epics with Danielson, this man is not normal.

Yeah, no surprise. Big time big boi. This man has been battling wear and tear on his body. Injuries upon injuries and vertigo won’t vertigo away, yet he gave us some bangers. From death matches with Moxley to epics with Danielson, this man is not normal. https://t.co/6II0WjozMb

One of the notable concerns following Kenny Omega and Jon Moxley’s leave of absence would be the lack of main event stars. Since AEW’s inception, Mox and Omega have carried the men’s division on their backs, headlining every show or pay-per-view during their championship run.

Even though The Cleaner was supposed to lose his championship, AEW was steadily working to bring Moxley into the main event scene again. He could have even become the #1 contender for the title if he hadn’t taken the hiatus. Dave Meltzer even reported that the company was planning to bring a significant change to Mox’s character. So it feels like a missed opportunity.

Though the company has top-notch names like CM Punk, Bryan Danielson, and Adam Cole, none of these men except Bryan are seriously pushed towards the main event scene as of now.

While Cole is stuck in trio matches now and then, Punk hasn’t fully utilized according to his star power potential. Hence, AEW needs to find more event stars to combat the void created by the absence of Moxley and Omega. 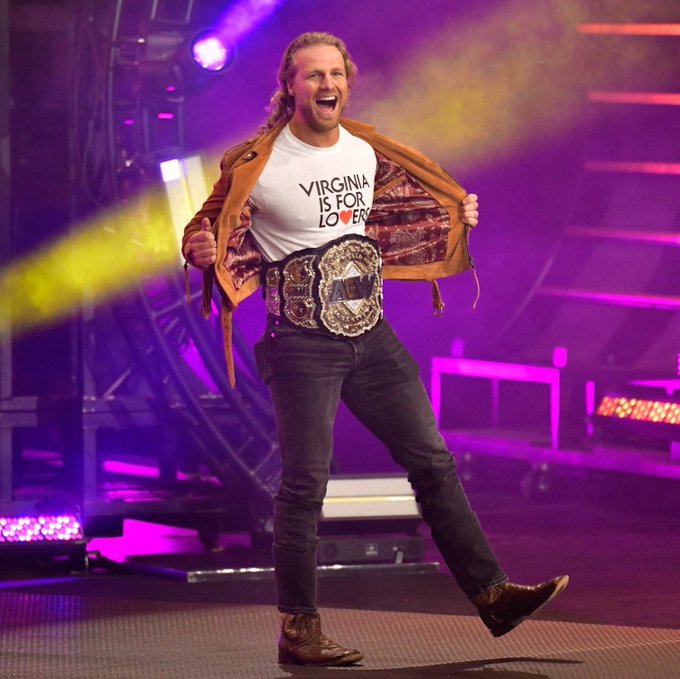 As exciting as it is to see Hangman Page finally hold the coveted AEW World Championship, there’s a slight possibility that we might witness an underwhelming title run from the fan-favorite superstar.

As discussed earlier, the company has not done a good job while building up challengers for the world title except for Bryan Danielson. Believe it or not, AEW had to turn Bryan heel because there were no villainous characters left after Kenny Omega and Jon Moxley’s hiatus.

It’s safe to assume Bryan won’t be defeating The Cowboy for the championship so soon. So who’s next after The American Dragon? If you look at the current rankings in the men’s division, stars like Scorpio Sky, Jungle Boy, or Miro are placed next for the title shot.

A full-fledged feud with Jon Moxley would have given Page’s initial days as champion a good run. Perhaps a renewed rivalry with Kenny Omega could also have been on the cards. Though the rankings could get shuffled, it just seems like Hangman Page will be short of credible challengers.

AEW won’t be the same without them get well soon

AEW won’t be the same without them get well soon

Another massive fallout from Kenny Omega and Jon Moxley’s absence could be AEW failing to keep up the weekly ratings.

It’s been a while since the company has garnered one million ratings on its flagship program, Dynamite. Though the addition of Malakai Black, CM Punk, Bryan Danielson, and even Adam Cole is impressive on paper, will anyone finally move the needle? Is Hangman Page the man to appeal to more people into this product?

The landscape affected by Mox and Omega’s hiatus will be the most challenging time for AEW. It will be interesting to see how the company plays its cards to maintain the ratings.

#2 AEW will have the opportunity to make new stars

The four Pillars of AEW. So proud.
This company bleeds youth. 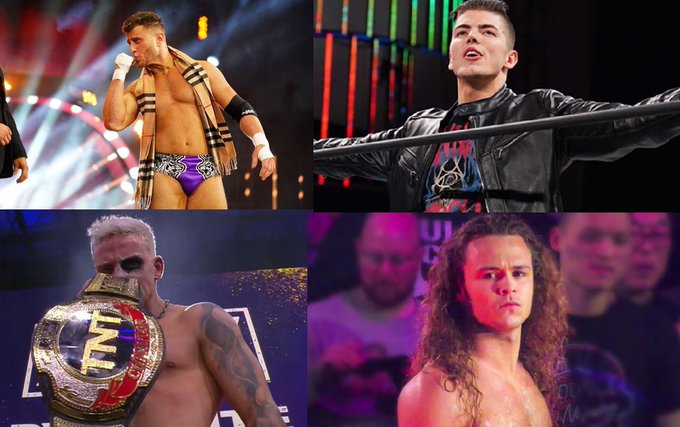 The four Pillars of AEW. So proud.
This company bleeds youth.

While Jon Moxley and Kenny Omega’s absence is heartbreaking for many fans, it could turn out to be a blessing in disguise for the rising stars in AEW. The company could push anyone from its top four pillars into the main event scene.

It will open the door for stars to step up and showcase their talent. MJF may finally get a shot at the AEW World Championship. Many underutilized wrestlers like Brian Cage might get the much-needed spotlight on weekly programming.

Tony Khan might have a keen interest in signing ex-WWE talents, but deep down, he knows the homegrown talents will carry his company in the future. It would be in his best interest to start giving guys like Sammy Guevara, Dante Martin, and Darby Allin more opportunities on TV. 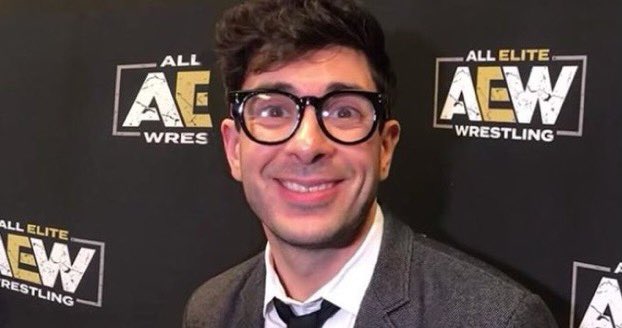 There’s no doubt that AEW holds a friendly working environment, but its reputation of treating its employees has made them different from other wrestling companies like WWE.

Whether it’s the late Brodie Lee’s health condition from last year or Jon Moxley’s alcohol issues, Tony Khan has done a fabulous job in handling the critical situation of these stars.

It is one of the reasons why even semi-retired wrestlers like CM Punk decided to return to this business. AEW has created a certain standard that intrigues everyone, even those from WWE, to jump over to the newer promotion.

The stars don’t have hectic schedules or pressure as compared to other promotions. It adds a positive trait about working under the AEW umbrella.