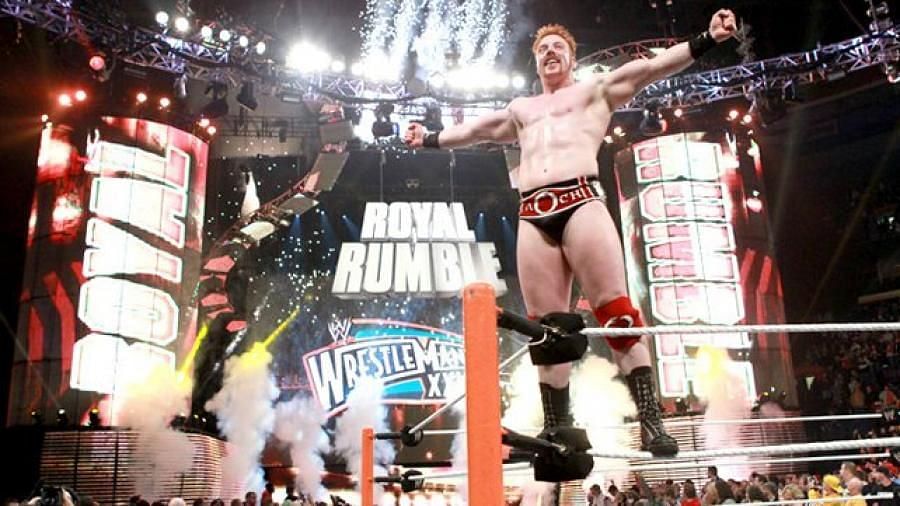 The Royal Rumble has widely been regarded as the greatest creation in WWE history. The 30-Man Over The Top Battle Royal has garnered a reputation as the most must-watch match of every calendar year. Stars and unforgettable moments have been made at the Rumble, with many of the winners using the event as a catapult to the biggest victories of their careers.

However, not every Royal Rumble winner has been the right move for the company or the performer. Sometimes, WWE wants to go in one direction, while fans are cheering or booing in another direction. 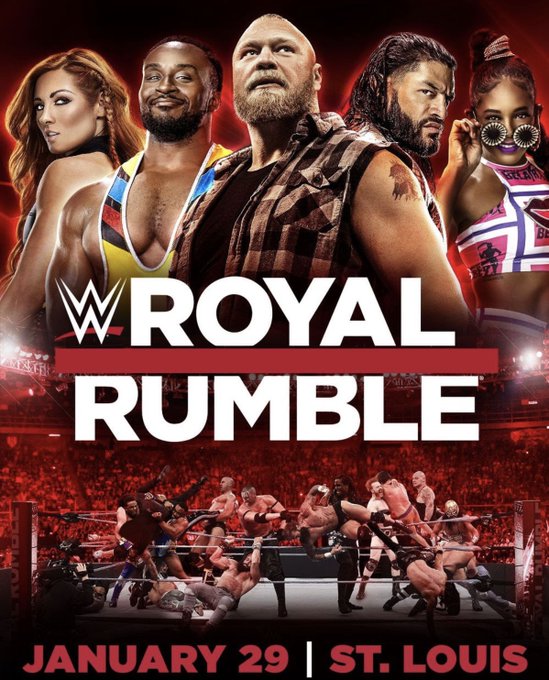 With the 2022 Royal Rumble on the horizon in St. Louis coming up in January, it’s become a great time to think about who might win the upcoming Rumble and reminisce on the times WWE got things wrong. In this article, let’s take a look at the five times the wrong person won The Royal Rumble.

Coming into the 2020 Royal Rumble, it was a wide open field of WWE Superstars who seemed like possible winners. This was slightly different from the past two years when Asuka and Becky Lynch both seemed like the favorites. This gave the 2020 Women’s Royal Rumble Match a bit of mystery and added to the suspense when it came down to the final participants.

Bianca Belair gave an impressive performance with seven eliminations and lasted well over thirty minutes. Naomi made her return and went viral with her stunning new look, while Shayna Baszler came in at #30 and eliminated eight competitors. Despite all these terrific efforts, Charlotte Flair eliminated Baszler to win the 2020 Women’s Royal Rumble Match.

It was viewed as a letdown and heavily criticized by fans. Charlotte Flair is a multi-time champion and often features at the top of the card. She just didn’t need this win quite like Shayna Baszler did. The Queen of Spades was coming off a successful run in NXT and would go on to face Becky Lynch at WrestleMania 36. A win here would have been more beneficial to her than anyone else that year. 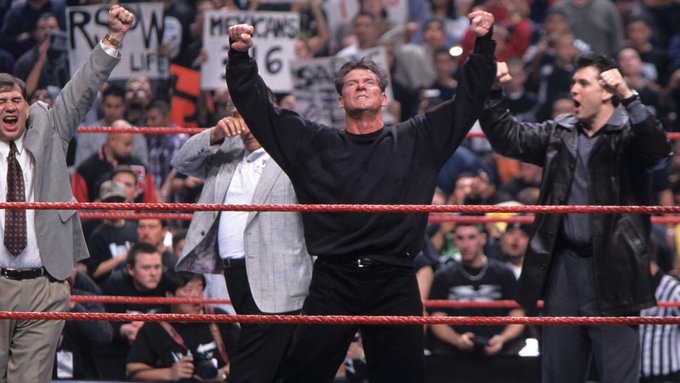 The 1999 Royal Rumble focused closely on the legendary feud between Stone Cold Steve Austin and Vince McMahon. This was the rivalry that defined the Attitude Era. This period is often fantasized with fans forgetting some of the not so wonderful moments from this time. One of those moments came at the end of the 1999 Royal Rumble Match.

To finally get his hands on McMahon, Austin convinced him to enter himself into the 1999 Royal Rumble Match. Commissioner Shawn Michaels made Vince the #2 entrant after McMahon made Stone Cold #1. This Rumble centered on the shenanigans with these two before it came down to just them. The Rock cost Stone Cold Steve Austin the Rumble and allowed Mr. McMahon to win.

Some fans believe this was a necessary win for McMahon, who helped progress his story and establish the Austin vs. Rock feud. However, there were ways to do that without undermining the Royal Rumble Match. Mr. McMahon didn’t even get the title shot at WrestleMania 15 with Stone Cold beating him at St. Valentine’s Massacre to win the shot. Austin should have just won from the beginning.

#TheBigDog @WWERomanReigns stood tall in 2015, but who will the 2017 #RoyalRumble Match victor be? Less than 1 week until we find out… https://t.co/EGa2caDf90

Roman Reigns is one of the most maligned Royal Rumble winners in history. Heading into the 2015 edition, Daniel Bryan returned and wanted to get back to WrestleMania. WWE were building up Reigns and looked to be setting him up for the big win, but Bryan’s return made the fans desire to see him victorious again.

This all made the 2015 Royal Rumble Match that much more annoying. Not only did Daniel Bryan not win, but he came out at #10 and was eliminated after 10 minutes. Roman Reigns overcame the odds thanks to the Rock to win. When the Philadelphia crowd booed a returning Rock, WWE should have known they got it wrong. This was obviously Bryan’s year… for a second time. 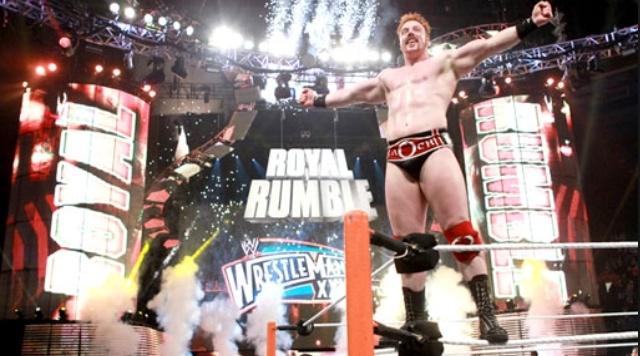 The 2012 Royal Rumble Match had a few possible winners. Sheamus was building momentum on SmackDown and looked most likely to challenge for the World Heavyweight Championship on the blue brand. Randy Orton was always a favorite to win this contest, while Cody Rhodes was having a nice run as well. However, the odds-on favorite had to be the returning Chris Jericho.

After weeks of vignettes teasing his return, Jericho returned to the WWE on RAW and baffled the fans. He returned to a massive pop but did not give fans the “RAW Is Jericho” routine. Instead, Jericho didn’t say a word instead. This showed that he would be a new character during this run.

This made many fans believe that he would win the Royal Rumble Match and go on to face CM Punk for the WWE Championship at WrestleMania 28. The latter did in fact happen, but the company got there the long way. Sheamus instead last eliminated Chris Jericho to win the 2012 Rumble. While the Irish star did not receive nuclear heat like Roman Reigns would three years later, Jericho was still the right winner and could have used the victory to build on the feud with Punk. 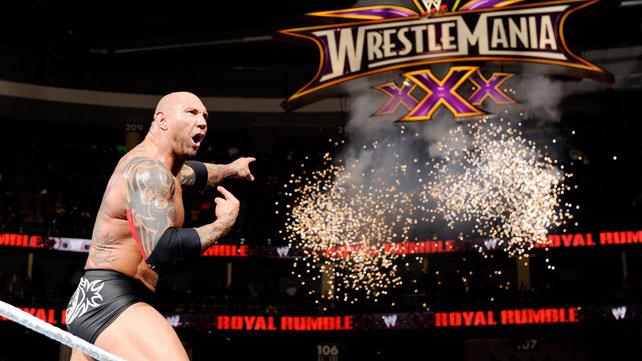 Remember when 2015 was Daniel Bryan‘s year for a second time? Well this is why! Heading into the 2014 Royal Rumble, the fans were so behind Bryan that the “Yes!” chants would take over every city the company hosted. The leader of the Yes Movement betrayed Bray Wyatt and boosted his popularity even more in the process.

In the opener to the 2014 Royal Rumble, Wyatt defeated Bryan in a fantastic bout. The crowd wasn’t too let down because there was still the Royal Rumble Match for their hero to win. However, #30 entered and it was Rey Mysterio, meaning Daniel Bryan wasn’t in the match. This turned the Pittsburgh crowd nuclear with massive boos raining down on all the competitors in the ring.

Fans soon got behind Roman Reigns when it came down to him and Batista. The Animal had just returned and the crowd wasn’t interested in another part-timer headlining WrestleMania, but it was in fact Batista who eliminated Reigns to win the 2014 Royal Rumble Match. The sight of fans booing Batista during his celebration left a lasting memory.

Batista soon turned heel and would tap out to Daniel Bryan in the WrestleMania 30 main event. This, more than anything, proved that WWE should have just gone with what the fans wanted. Daniel Bryan needed to win and close out Mania as the new WWE Champion. As much of a legend as Batista is, he did not need to win the 2014 Royal Rumble.