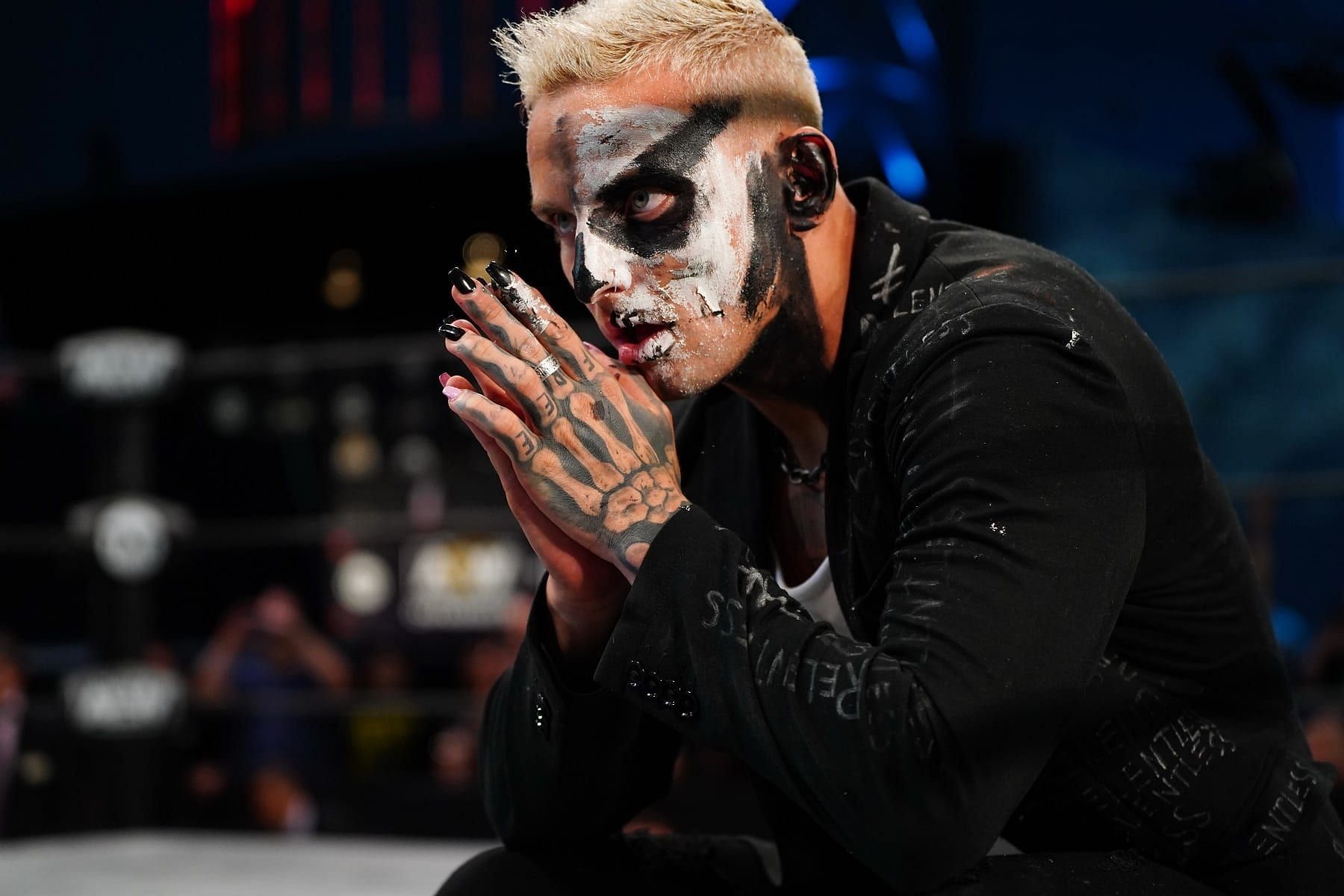 AEW’s Darby Allin is one of the most exciting young wrestlers of this generation. Since joining the company at its inception in 2019, Darby has emerged from relative obscurity to become a former TNT Champion and share the ring with some of the best in the business, including Cody Rhodes, Chris Jericho, Sting, and CM Punk. 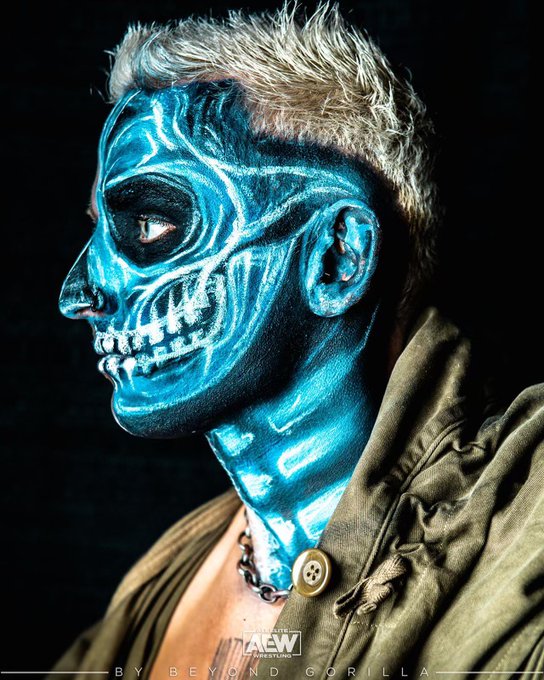 From the half-face paint, daredevil attitude to the mysterious black-and-white persona, it is a cool X-factor that has helped Darby Allin create a bond with the AEW audience few wrestlers possess. The homegrown AEW wrestler is also lauded for being one of the company’s four pillars.

While his popularity is undeniable, Darby is still quite the enigma. Like his mentor Sting, the skateboarding wrestler is a brooding character and pretty much a private person out of the ring. Here are five things about Darby Allin that you might not know.

#5 From dropping out of film school, living homeless to AEW star

And when you go away
I still see you.

And when you go away
I still see you. https://t.co/hcWXWsuAaI

Before he hit superstardom in All Elite Wrestling as a wrestler, Darby Allin (real name Samuel Ratsch) harbored ambitions of making documentaries for a living. He enrolled in film school in Arizona at 18 years old but later dropped out to pursue skateboarding and wrestling full-time.

His filmmaking background came in handy when it came to his presentation in AEW. Darby directs most of his backstage stories and was heavily involved in putting together the cinematic street fight at this year’s Revolution PPV where he teamed up with Sting against Team Taz.

Before I dropped outta film school.

Before I dropped outta film school.

Darby has also opened up in the past about the struggles he endured before making it big in AEW. In a previous interview with Chris Jericho on the Talk Is Jericho podcast, he revealed that he lived homeless in his car for many years while wrestling in various independent promotions across the United States early on in his career:

“Atlanta [Georgia]. Yeah, I started wrestling in Seattle [Washington]. Then, I moved to Florida once I signed to EVOLVE, and from there, I moved to Atlanta because I didn’t feel like I was getting out of Florida what I wanted training-wise, so I just left and went to all these different schools around the country, and just living in my car.”

Safe to say, Darby has been through a lot in his early life. It makes his success in AEW all the more deserved and for the fans who know of his tough background, it makes him even more of a babyface that you want to root for.

#4 He has an upcoming skateboard collaboration 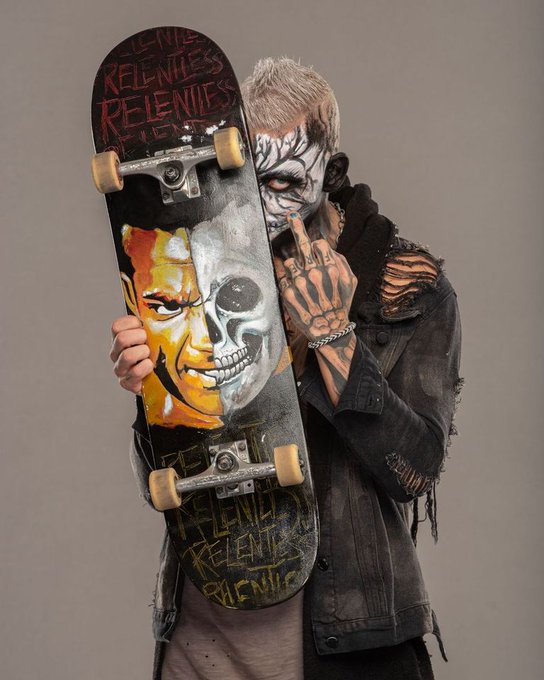 Darby Allin’s love for skateboards is not a gimmick. He truly is a skater at heart and has incorporated that love into his entrances on AEW television. He also has a known friendship with skateboarding legend Tony Hawk.

In a recent edition of Insight with Chris Van Vliet, the AEW star revealed that he has a new partnership with a skateboarding company in the works:

“I’m actually coming out with a Darby Allin collaboration with Deathwish Skateboards. I have their logo tattooed on my cheek. So they are coming out with the Darby Allin skateboard, and I wanted to put a video out for it… AEW is my top priority, and I can’t show up to there with a broken hip.”

#3 Darby convinced Sting to return to the ring in AEW

Darby Allin and Sting’s partnership is one of the best parts of AEW programming. The WCW legend acts as a mentor to the young star and their similarities go beyond just face paint.

When Sting first arrived at the company, the expectation was for the veteran to only compete in cinematic matches. At the age of 62, Sting hasn’t competed in the ring since his last match with Seth Rollins in 2015 with WWE causing a career-threatening injury and forced retirement. But it was Darby Allin who convinced the legend that he could still pull off wrestling between the ropes.

“I went to his house in Texas where he had a ring set up and started rolling around and training. I convinced him to wrestle in front of a live crowd and nobody gets to see those moments behind the scenes. It’s just us talking like, ‘No, you got this,'” Darby revealed in an interview with Chris Van Vliet.

The live return for Sting came at AEW Double or Nothing this year, where Darby Allin teamed up with the legend against the Men of the Year, Scorpio Sky and Ethan Page. Sting rolled back the years with a great performance that proved Darby correct. So for all the fans who believe that Sting was misused by WWE, you have Darby to thank for bringing Sting back into the squared circle.

#2 How the AEW star came up with the Coffin Drop

Darby Allin‘s finisher is one of the coolest moves in AEW right now. The Coffin Drop is essentially a back bump from the top rope onto a prone opponent. It is a simple yet brutal maneuver as the speed with which Darby crashes into his opponent makes it a worthy match-ender. The origin of how the AEW wrestler came up with the finisher was revealed in a recent podcast interview:

“I think I was bored of watching people do 450s or Shooting Stars. I was like, I don’t want to fly to look pretty, I want to fly to hurt, so I just started falling backwards. There is zero room for error, people do the 630s with the double front flips, I would hate to do that.”

It is a simple logic but it sure is effective. While other high-flying moves are pretty to look at, the Coffin Drop is a straightforward finisher that can be devastating for the opponent. Check out the nasty landing Darby employed on Ethan Page during their Coffin Match on AEW Dynamite earlier this year.

When CM Punk returned to pro wrestling after 7 years away, the first opponent he wanted to face was Darby Allin. As a fan of Punk, it was a dream come true for the AEW star.

When Darby first started wrestling, he was inspired by the Chicago native. One thing they both have in common is that they are straight edged. They neither drink, smoke or take drugs. It is an admirable trait of Darby’s that further enhances his mystique. Despite his punk rock outlook and loner attitude, it has won him many young AEW fans who look up to his straight edge ways.