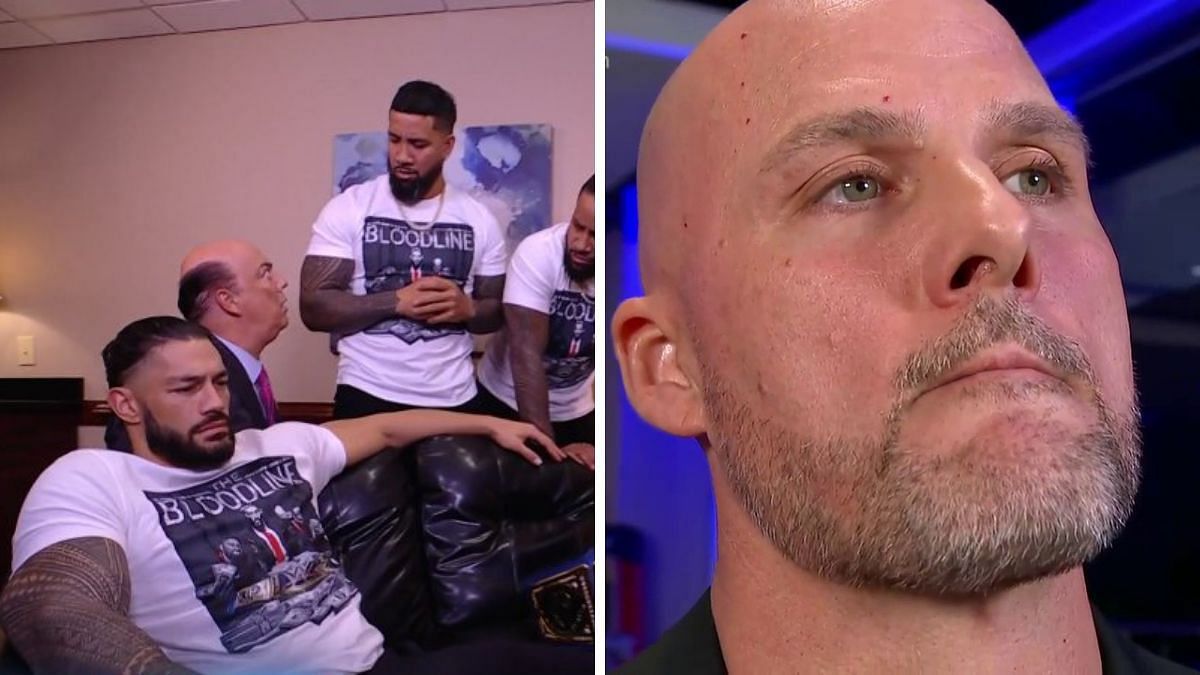 Welcome to this week’s edition of things WWE subtly told us on SmackDown. It was an interesting episode that was primarily centered around a few matches, and of course, Roman Reigns‘ next challenger.

We’ll get right into that soon, but it could be argued that they did a better job than RAW after Survivor Series 2021. The build-up to the Day 1 pay-per-view hasn’t started yet, nor will it until mid-December.

There are some interesting TV feuds and the fallout of what happened on SmackDown this week is immense:

#5 The incredible fallout of Roman Reigns’ next challenger on SmackDown

This week’s episode of SmackDown was focused on Roman Reigns finding his next Universal Championship challenger. Surprisingly, it wasn’t King Xavier as he didn’t even show up on this week’s episode in the first place.

Instead, there was a Black Friday Battle Royal in the main event to determine the next No.1 Contender for the Universal Championship. As with every week, the threat of Brock Lesnar‘s suspension being lifted was always looming around Roman Reigns like a dark cloud.

It should be noted that Roman Reigns seemingly teased his retirement being “sooner rather than later,” so interpret that as you wish.

That was a theme throughout the episode, but we’ll get to that later. In between the show on SmackDown, Drew McIntyre and Jeff Hardy defeated Happy Corbin and Madcap Moss. While it shouldn’t be relevant, the two top babyface stars will have a role to play in the Universal Title picture in the future.

The Battle Royal itself had several participants, but Sheamus laughed at Drew McIntyre when informing him that he didn’t make the cut.

It was an odd decision, and McIntyre came in anyway with his sword swinging, clearing the ring before Adam Pearce was forced to eject him.

So why did Drew McIntyre not make the cut? It was likely WWE’s subtle way of saying that Roman Reigns is avoiding the two-time WWE Champion without even mentioning his name.

It’s a brilliant bit of storytelling that will come into play later on – hopefully after WrestleMania 38.

In the Battle Royal, Jeff Hardy eliminated Happy Corbin and thought he won, but Sami Zayn came in and threw him out to become the No.1 Contender to the Universal Championship. Again, this was a nice piece of subtle storytelling.

Jeff Hardy defeated Sami Zayn earlier to remove the latter from the Survivor Series men’s team, and the former NXT Champion has now gotten his revenge. However, this was a clear tease of Jeff Hardy as one of Roman Reigns’ next opponents.

Hardy has been on a roll and even got the pinfall for his team earlier on SmackDown before nearly becoming Reigns’ next challenger. In hindsight, it seems like no coincidence that only a few days ago, Hardy was telling us at Sportskeeda Wrestling about how he wanted to face Roman Reigns, and that it was a dream match and that he feels he “belongs in that story.”

Right at the end of SmackDown, Kayla Braxton announced that Brock Lesnar’s suspension was over and that he will be back on SmackDown next week. Sami Zayn was angry at the spotlight being taken away from him, while Adam Pearce looked dejected, knowing his possible fate with Lesnar returning.

This was one of the few moments in WWE this year that accomplished so much with so little.

SmackDown was another example of how WWE has lost the plot when it comes to building babyface superstars. We’re not sure why, but they simply seem unable to present heroes as legitimate.

We will give you two current examples, one from RAW and one from SmackDown. Both involve the Women’s Championships of the respective brands. On RAW, there’s Becky Lynch as the champion, and on SmackDown, Charlotte Flair.

It goes without saying that both women are on a far higher level than most of the women’s roster, but the difference between them and their upcoming challengers is staggering.

It’s perhaps a little worse for Liv Morgan, who has been humiliated consecutively on the mic. Toni Storm, unfortunately, suffered a somewhat similar fate on SmackDown this week.

Instead of getting verbally humiliated, she had not one, but two pies smashed into her face before Charlotte Flair walked away standing tall. Admittedly, it wasn’t as bad as the humiliation that Liv Morgan faced on RAW, but it’s another subtle example of how WWE doesn’t know how to build babyface stars as well as they did in the bygone eras.

With that said, the segment on SmackDown was all about one thing – heat. That’s what WWE loves to have in abundance, for some reason.

#3 What lies ahead for Ridge Holland following his debut disaster on SmackDown?

Ridge Holland was all set for his SmackDown in-ring debut, where he was booked to face multi-time champion Cesaro. It was a big match for his debut, especially since it was Holland who cost Cesaro last week and helped Sheamus qualify to the Survivor Series men’s team.

The former WWE Champion accompanied Ridge Holland this week to the ring, but it didn’t pay off as well as hoped. Instead, things backfired and Cesaro walked out with the victory after a quick roll-up pin, getting a measure of revenge in the process.

Both Holland and Sheamus were furious with the events that unfolded, and it was a rough start for a highly-touted prospect. There have been rumors that Ridge Holland is viewed as a future World Champion backstage.

The start to his SmackDown career hasn’t indicated any such intention from WWE, but the defeat won’t affect him at all in the long run. As long as Holland keeps getting TV time and is associated with Sheamus on SmackDown, then it could be smooth sailing up the card for him.

Ridge Holland was also eliminated by Cesaro in the Black Friday Battle Royal in the main event.

#2 Los Lotharios reign supreme on SmackDown, but what does it mean?

We’ve got ourselves a #Thanksgiving Leftovers Throw Down on #SmackDown! https://t.co/EERqpXZUxe

In perhaps the most light-hearted feud on SmackDown, Los Lotharios seem to be butting heads with the duo of Shinsuke Nakamura and Rick Boogs.

This week on SmackDown, there was a “Thanksgiving Leftovers Throw Down” match on SmackDown. This was just a fancy way of saying that there would be Thanksgiving-themed props at ringside.

Angel [Garza] took on Rick Boogs in an entertaining match and walked out with the win. It wasn’t, of course, before Humberto Carrillo played the guitar and got attacked from behind by Shinsuke Nakamura before falling through the table he was standing on. That was, admittedly, the funniest moment on SmackDown this week.

It doesn’t seem as though either man will be gunning for the Intercontinental title, but WWE seems to be building the duo up as top SmackDown Tag Team title challengers.

This week on SmackDown, the Women’s Survivor Series team captain Sasha Banks confronted authority figure Sonya Deville. She argued that she should have been given the right to pick her own team, and believed that if Naomi was on her side, they would have won.

It was a fair argument to make, and Sasha Banks questioned Deville’s irrational grudge against Naomi. Deville denied it and allowed Banks to team with Naomi to face Natalya and Shayna Baszler right after that on SmackDown.

It was a fun tag team match and Naomi picked up the win for her team, proving further why she is such a valuable asset to the SmackDown Women’s division. Deville was on commentary at ringside and continued to deny any grudge or wrongdoing.

However, Banks’ point was proven and Naomi went to Sonya Deville and confronted her. While the latter didn’t react, the tensions seem to be reaching a boiling point.

However, we don’t see the feud culminating until Deville officially makes her formal in-ring return.