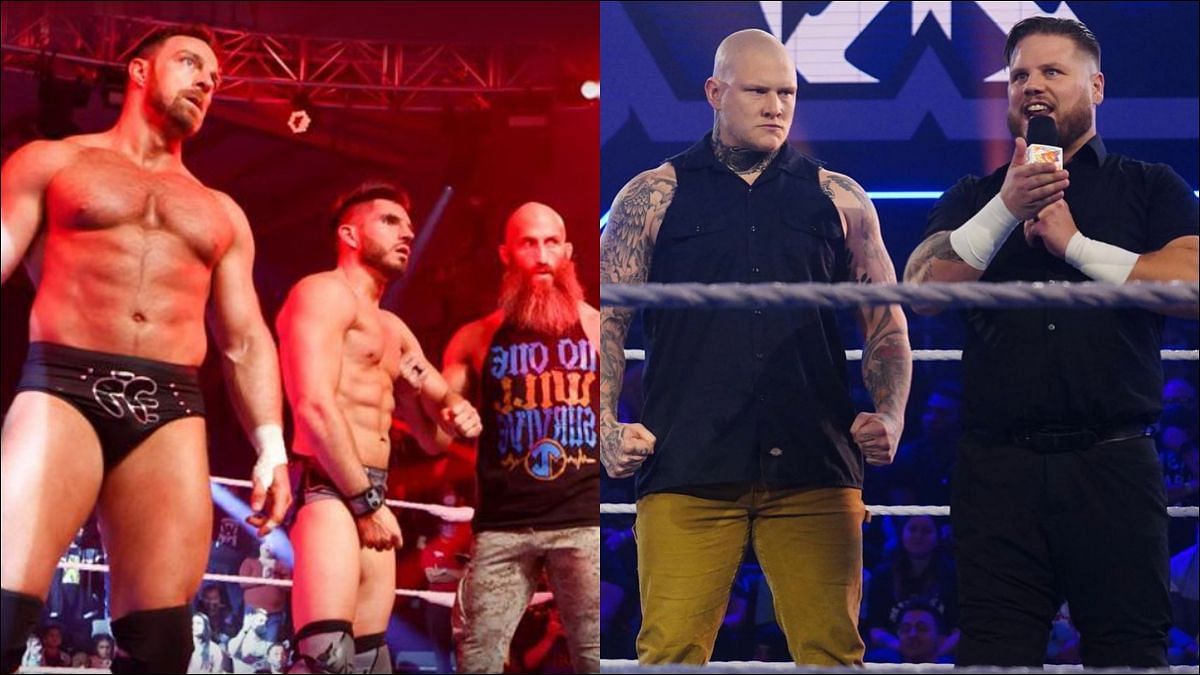 5 surprises that could take place at NXT TakeOver: WarGames 2021

WWE will be planning a few big spots and surprises at NXT TakeOver: WarGames 2021. With the competition getting tougher, the brand has a mountain to climb ahead of itself.

The revamp has allowed several new faces to come in and quickly make a name for themselves. TakeOver: WarGames will provide many newcomers to aim high and deliver on the big stage.

Team Black & Gold will try to prove that its members are the pillar of NXT. Meanwhile, Team 2.0 will be looking to take down the veterans and gain control of the brand.

Dakota Kai and Toxic Attraction will look to settle their rivalries against the babyfaces inside the WarGames cage. WWE could look to build the company’s next megastar during the contest.

NXT will possibly pull off some swerves to make each match more interesting. It could also surprise fans with unexpected outcomes. This will help the product remain unpredictable and give fans something to talk about.

A new champion could be crowned, while an injured superstar could make his return. Check out the five possible surprises that could happen at NXT TakeOver: WarGames this year.

Cameron Grimes and Duke Hudson will compete in a high-stakes Hair vs. Hair match at NXT TakeOver: WarGames.

Hudson nearly chopped off Grimes’ beard on NXT a few weeks ago. The former Million Dollar Champion was not happy with the newcomer and has decided to teach him a lesson.

The match between the two superstars will be interesting. Many believe that Hudson deserves the win to get ahead as a top star. Meanwhile, Grimes has played every character given to him well. Losing his hair could allow him to reinvent his character and do something different on NXT.

However, NXT could surprise the fans at TakeOver: WarGames and give Grimes the victory. It would allow The Technical Savage to shave Hudson’s hair instead.

Who will get their head shaved?
#WWENXT

Who will get their head shaved?
#WWENXT https://t.co/1DP9YmIHnK

The angle would be no less than a surprise as the new superstar has been using his height and looks to get over with the WWE Universe. Losing his hair will definitely be a setback for Hudson. 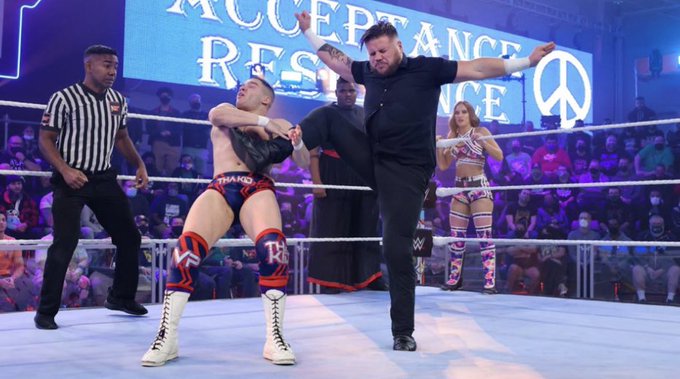 Roderick Strong will defend his Cruiserweight Championship against Joe Gacy at NXT TakeOver: WarGames. The champ will have Diamond Mine by his side for some assistance during the match.

Meanwhile, Gacy will rely on Harland to ensure no one interferes in the match. The latter could lay out The Creed Brothers at ringside, distracting Strong. This would allow Gacy to pick up a big surprise win inside the ring.

Joe Gacy isn’t technically a cruiserweight superstar, and it would be extremely surprising for him to win the NXT Cruiserweight Championship on Sunday.

#3. Dexter Lumis makes a surprise appearance to take out a superstar at NXT TakeOver: WarGames

Dexter Lumis will have to sit out NXT TakeOver: WarGames this year. He would have been an excellent addition to Team Black & Gold, but Carmelo Hayes and Trick Williams injured his hand a few weeks ago.

However, Lumis went missing from the hospital last week, and Indi Hartwell has been worried about him. He could surprise everyone on Sunday by showing up at TakeOver: WarGames.

‘The Tortured Artist’ could take Hayes out of the WarGames cage and decimate him at ringside. This would give Team Black & Gold a good advantage to pick up the win.

Dakota Kai will be teaming up with Toxic Attraction at NXT TakeOver: WarGames. The stable holds all the gold in the women’s division as Mandy Rose is the current Women’s Champion, while Gigi Dolin and Jacy Jayne are the Women’s Tag Team Champions.

Kai has a lot more to gain from a victory at TakeOver: WarGames than Toxic Attraction. She also has her eyes on Rose’s NXT Women’s title.

A surprise disagreement could break out between Kai and Rose. It could lead to Toxic Attraction, leaving The Captain of Team Kick on her own in the match’s final moments. This finish would be an excellent way to end the match and begin new rivalries.

LA Knight will be representing Team Black & Gold at NXT TakeOver: WarGames. He’s the only member of the team who hasn’t won a significant title in NXT yet.

Many fans know that Knight is an elite performer who can someday become a world champion in WWE. With that in mind, NXT could pick a surprise finish for the men’s TakeOver: WarGames match.

Instead of having Bron Breakker, Tommaso Ciampa, or Johnny Gargano finish the match, NXT could allow LA Knight to pin someone from Team 2.0 for the win. The finish will not only be a surprise, but it will also give Knight a major push.