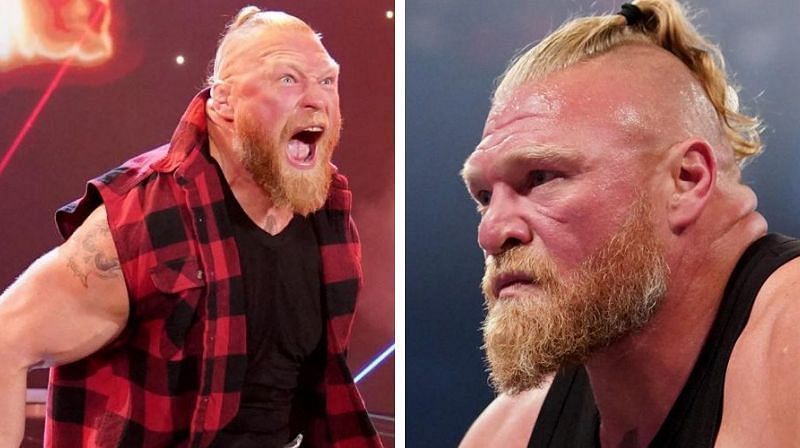 5 recent news and rumors about Brock Lesnar: Details on last-minute changes to the script, WWE Offical furious with The Beast’s suspension being lifted

On the most recent episode of SmackDown, Kayla Braxton announced that Brock Lesnar’s suspension had been lifted. He is expected to return to television next week, and business is about to pick up.

Next week, Brock is Back. #SmackDown

Next week, Brock is Back. #SmackDown

This week’s edition of the Brock Lesnar recap will take a look at Adam Pearce’s reaction to Lesnar’s return. MMA legend Chael Sonnen took the opportunity to comment on the former UFC Heavyweight Champion’s wrestling career, and there’s a juicy tidbit about The Beast Incarnate using his sway to make changes to the script at the last second.

Bryan Danielson also called the opportunity to work with Lesnar one of the highlights of his career. With that being said, let’s dive into 5 news stories and rumors you need to know about Brock Lesnar:

When @BrockLesnar was leaving Saudi Arabia, Brock was quoted saying, “The moment I arrive at SmackDown, I will beat Roman Reigns senseless.” 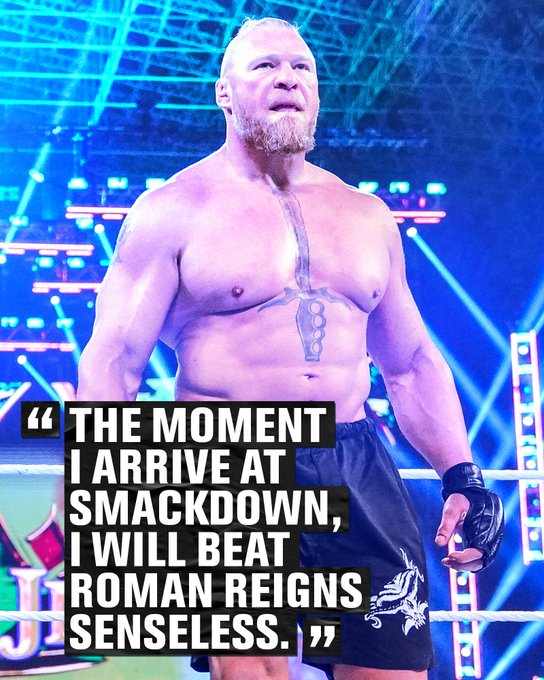 When @BrockLesnar was leaving Saudi Arabia, Brock was quoted saying, “The moment I arrive at SmackDown, I will beat Roman Reigns senseless.”

According to Dave Meltzer of the Wrestling Observer Newsletter, Roman Reigns and Paul Heyman requested changes to the November 12 episode of SmackDown.

This is reportedly not an uncommon occurrence, and Brock Lesnar has also asked for several alterations in the past. Heyman is the common link between the two stars.

“There were changes pitched between 4 and 6 p.m. the day of the show, but that is usually the case with Reigns segments since it’s a common thing for Reigns and Lesnar to ask for late changes with Heyman as the common denominator with ideas to enhance what was on paper the day of the show,” stated Meltzer.

The biggest stars in professional wrestling usually have a great understanding of their characters and are often given an input into their storylines. In the past, the likes of Hulk Hogan and Bret Hart have even been given creative control in their contracts.

During a recent episode of Beyond The Fight, Chael Sonnen touched upon Brock Lesnar’s amateur wrestling career. Sonnen stated that while Lesnar didn’t have the greatest technique, he often used his size advantage to overpower opponents.

“Brock Lesnar does not enjoy my company. I’ve been around Brock and he’s been a gentleman. But I can tell he’d rather be anywhere else but me. But one point that I make about Brock, it’s not meant to slide him. Brock was not a very good wrestler. That’s true. Brock never had Olympic aspirations… Brock was 265 pounds of steel. In the NCAA finals, he took on someone who weighed 220 pounds. There is a 45-pound weight discrepancy,” said Sonnen.

The Beast Incarnate’s size and athleticism allowed him to overcome technical flaws during his combat sports career, helping him win the UFC Heavyweight Championship.

.@MeganMorantWWE & @KaylaBraxtonWWE get Superstar’s reactions following the reinstatement of @BrockLesnar, the establishment of a new challenger for @WWERomanReigns and a humiliating pie assault from @MsCharlotteWWE on Toni Storm! #SmackDown @HeymanHustle
06:00 AM · Nov 28, 2021
732
130

On the most recent episode of Talking Smack, Adam Pearce stated that he wasn’t involved in the decision to reinstate Brock Lesnar. He added that he wasn’t looking forward to the prospect of interacting with Lesnar after handing The Beast Incarnate a sizeable fine and suspension.

Brock Lesnar is expected to renew his rivalry with Roman Reigns, but he might take some time out of his schedule to take Adam Pearce to Suplex City.

#2 Bryan Danielson talks about his match with Brock Lesnar

What are your thoughts on Lesnar/Bryan? 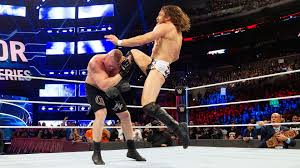 After Bryan Danielson turned heel and defeated AJ Styles to win the WWE title, he was pitted in a Champion vs Champion match with Brock Lesnar at Survivor Series 2018. The two stars stole the show and put on one of the best matches of the year.

During a recent appearance on Casual Conversations, Danielson described working with Lesnar as one of the highlights of his WWE career:

“I got to do so much fun, good wrestling,” said Danielson. “Some of my favorite moments in my career are there. A match with Kofi Kingston at WrestleMania 35, I always remember that. You know, and my daughter was there, and she came like, that was her first WrestleMania. Getting to wrestle Brock [Lesnar], you know, there were some really cool matches and moments, you know what I mean,” Danielson continued. “Some of the live event stuff that I did with Randy Orton is just fantastic. A lot of that stuff were like, man, you know, it was really great wrestling,” said Danielson.

While Danielson and Lesnar had a great match, it was unfortunate that they never got to face off at WrestleMania with an elaborate build. It’s now unlikely that these two icons of professional wrestling will square off again.

On the most recent episode of SmackDown, Sami Zayn won a battle royal to become the number one contender for the Universal Championship.

However, his moment in the spotlight was short lived as Kayla Braxton immediately announced that Brock Lesnar’s suspension had been lifted and that the Beast Incarnate would return next week.

Zayn was furious and vented his frustrations on Talking Smack:

“Right, right, what a way to go off the air! Sami Zayn gets one of the biggest wins of his entire career. Beats… how many men? 18 men? 20 men? How many men were in that match? Oh, you don’t know? No one knows, no one has answers. But, instead of going off on a career highlight for a generational talent, like Sami Zayn, who has been oppressed, who has been marginalized, and been cast aside for months, years, conveniently… we find airtime to make the blockbuster announcement for Brock Lesnar’s return. As if Brock Lesnar hasn’t had enough television time. As if Brock Lesnar hasn’t had enough hype,” said Zayn.

Sami Zayn will probably get his title shot on television. It’s unlikely he’ll get to main event a pay-per-view with Roman Reigns.