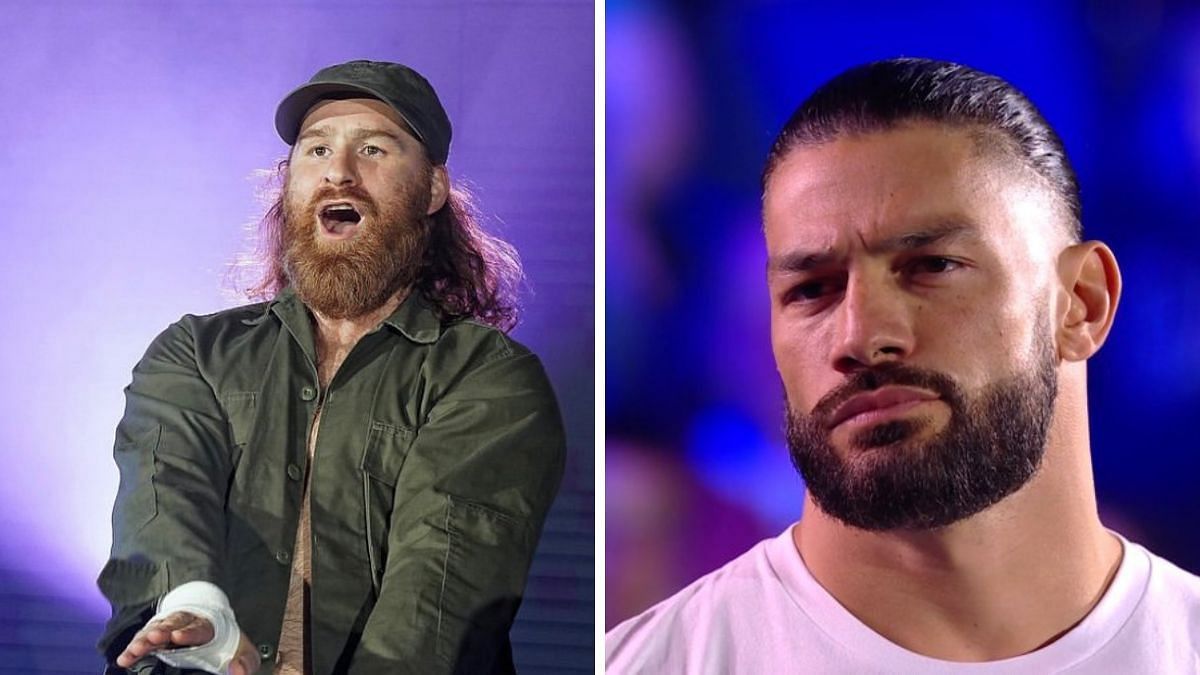 Sami Zayn is the next Universal Championship challenger. It sounds hard to believe, but stranger things have happened in WWE. Many expected King Xavier to emerge as the next challenger, but he wasn’t even on SmackDown this week.

Not only this, but there was a Black Friday Battle Royal to determine Roman Reigns’ next opponent. In the battle royal, it seemed as though Jeff Hardy won, but Sami Zayn snuck in from behind to eliminate him and win the match.

@SamiZayn is the number one contender!!!

@SamiZayn is the number one contender!!!

His moment was taken away as Kayla Braxton announced that Brock Lesnar would be returning to SmackDown next week. That will have implications of its own, but here are five reasons why Sami Zayn was chosen as Roman Reigns’ next Universal title opponent:

IT WAS AUSTIN ALL ALONG! 🥚 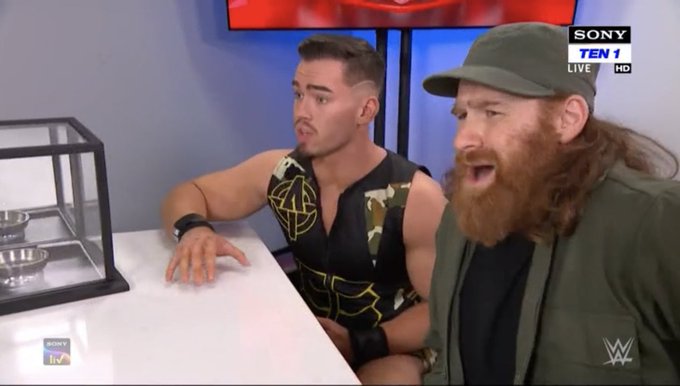 IT WAS AUSTIN ALL ALONG! 🥚

On the RAW after Survivor Series a few days ago, some SmackDown Superstars were present backstage. Sami Zayn was the most notable one, as he seemed to be on top of the investigation to find Mr. McMahon‘s missing egg.

While everyone was scrambling and searching in hopes of finding the prized possession and earning a WWE title opportunity, Sami Zayn found the culprit. It was Austin Theory, who admitted that he only wanted a selfie with the egg.

Mr. McMahon would normally have been furious, but he admired Theory’s guts, telling him that he reminded him of a young version of himself.

As a result, Theory was awarded for stealing the egg and was given a WWE Title shot, while Sami Zayn was left bewildered.

McMahon berated Sami Zayn, telling him that “nobody likes a snitch” and that was the end of that. However, this was simply good storytelling as Sami Zayn missed out on one big world title opportunity, only to earn another a few days later. It certainly seems well-deserved.

You love to see it!

You love to see it!

While Sami Zayn is the next Universal title challenger, one of the feuds that has seemingly become inevitable on SmackDown is that between Roman Reigns and WWE legend Jeff Hardy.

It was only a few days ago when Jeff Hardy told Sportskeeda Wrestling that Roman Reigns is his biggest dream opponent right now. He feels like he belongs in that story, and Hardy has been carefully pushed and protected in the last few weeks. You can see the full interview below:

Jeff Hardy thought he won the Battle Royal at first, but it turned out to be wrong, and Sami Zayn toppled him over instead. It was a nice bit of storytelling, as Hardy was the one who defeated Zayn to remove him from the SmackDown Survivor Series team.

From Sami Zayn’s point of view, it was a measure of revenge as well. But at the moment, no one is giving The Great Liberator a chance to topple Reigns.

We can’t help but feel as though Jeff Hardy will inevitably be Roman Reigns’ next opponent in early 2022 – perhaps for Day 1 or even at the Royal Rumble pay-per-view.

#3 Sami Zayn is a filler feud for Roman Reigns 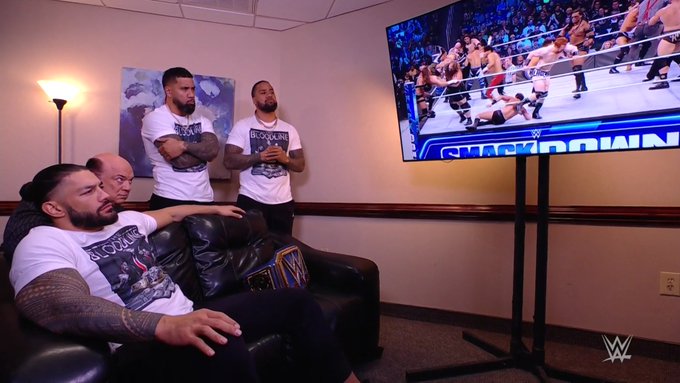 As much as we hate to say it, Sami Zayn may only amount to a filler feud for Roman Reigns. For starters, the heel vs heel dynamic isn’t something that WWE likes to do very often.

It’s interesting because last year around this time, Roman Reigns was feuding with Kevin Owens for the Universal Championship. This year, it will be Sami Zayn. However, don’t expect the Roman Reigns-Sami Zayn feud to be a long, drawn-out one.

To get a title shot against Roman Reigns on pay-per-view, Sami Zayn has to wait a little over a month at least, as Day 1 takes place on January 1st, 2022, and December has no pay-per-views.

Thankful for the Head of the Table. 🤩 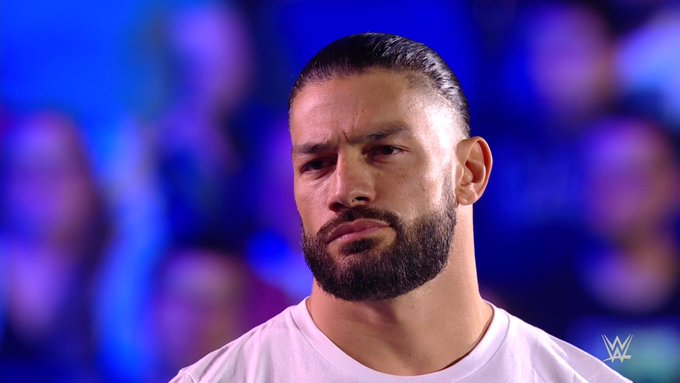 Thankful for the Head of the Table. 🤩

We can’t see the Roman Reigns-Sami Zayn rivalry going that far. In all likeliness, it will be a small feud on SmackDown that ultimately culminates on television as well in a potentially quick match and win for The Tribal Chief.

WWE may simply be using Sami Zayn as a filler opponent until late 2021.

I’ve never seen @WWE cut anyone off the air in mid-sentence like this, let alone a respected veteran & locker room leader.

Imagine they did this to The Undertaker 20 years ago?! It’s like that, but even worse since I’m even more beloved & respected. -SZ

I’ve never seen @WWE cut anyone off the air in mid-sentence like this, let alone a respected veteran & locker room leader.

Imagine they did this to The Undertaker 20 years ago?! It’s like that, but even worse since I’m even more beloved & respected. -SZ https://t.co/pA7k6gtQNF

It’s been a long time since we’ve seen Sami Zayn as a babyface – over four years, to be exact. It was October 2017 at Hell in a Cell when Sami Zayn helped Kevin Owens defeat Shane McMahon inside the cell. It marked his first heel turn in WWE, and he hasn’t turned back since.

Injuries and returns haven’t been enough to turn Sami Zay into a babyface, and he’s been good in his obnoxious role. However, there will come a point where he gets cheated out of opportunities over and over and the crowds start to notice it.

Once they do, the reactions will swing in favor of Sami Zayn. He’s already an extremely well-liked personality outside of the ring due to his philanthropic efforts, and WWE may finally turn him babyface after four years. 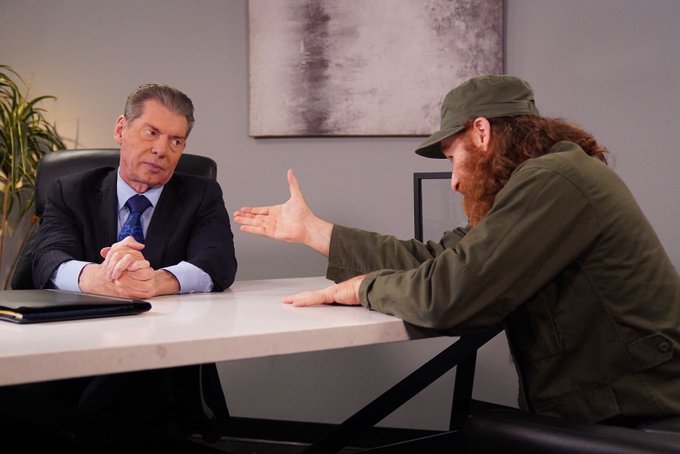 However, it would need to be done carefully. If WWE is using this as a filler feud, there may not be enough time to turn Zayn babyface within the next month, as it requires a slow-burning build-up.

If WWE goes in the direction of turning Sami Zayn babyface, then his feud with Roman Reigns can continue until the Royal Rumble at the very least. 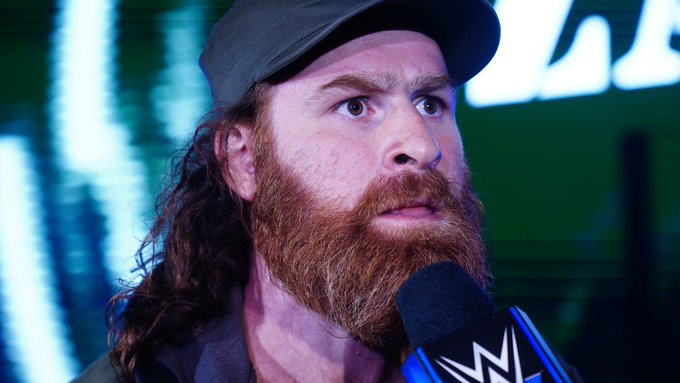 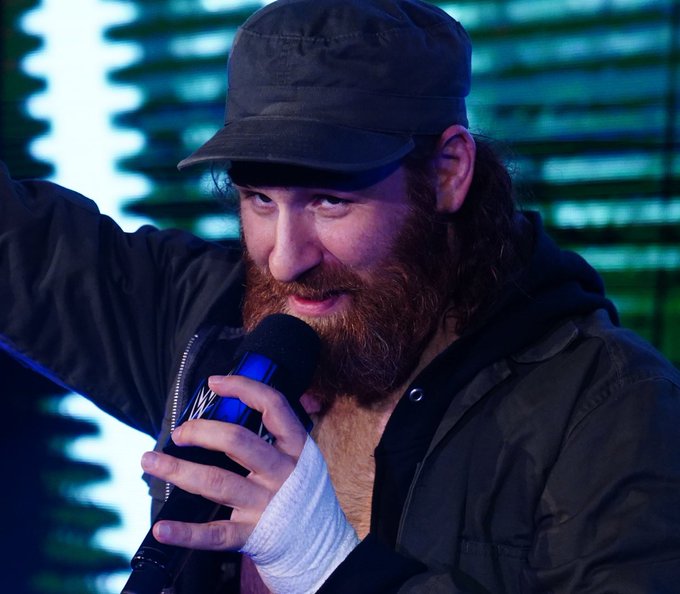 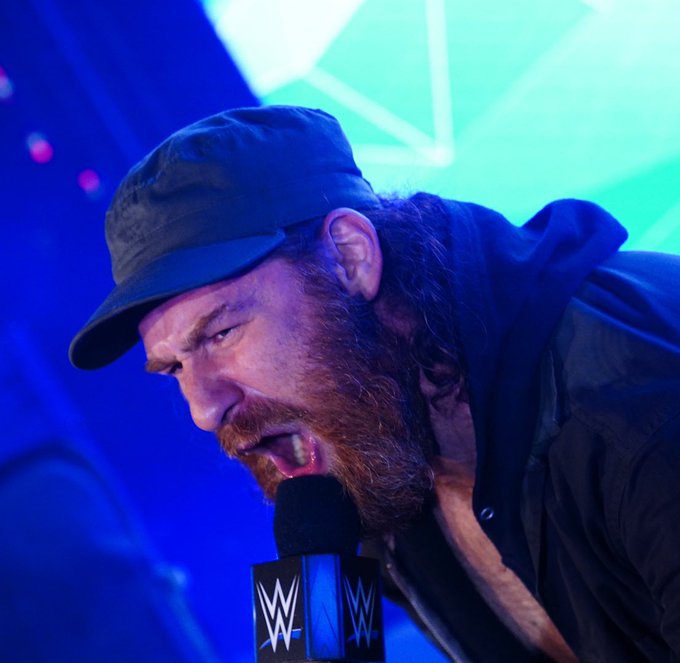 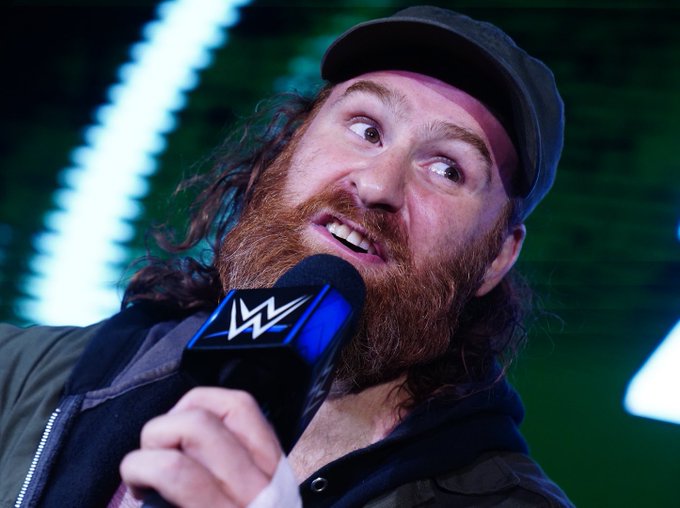 Apart from just being in a filler feud, Sami Zayn’s opportunity at the Universal Title might only be a stepping stone for bigger things. Let’s assess the situation.

For one, Brock Lesnar is returning next week, and will presumably resume his feud against Roman Reigns to build up to an eventual WrestleMania 38 main event match.

Secondly, there’s Jeff Hardy, who looks to be in the perfect position to become Roman Reigns’ next challenger after Sami Zayn as long as he keeps picking up momentum.

Thirdly, Drew McIntyre was conveniently omitted from the Battle Royal, subtly hinting that Roman Reigns pulled a few strings to keep the Scotsman out of the match.

Drew McIntyre vs Roman Reigns is another inevitable clash. And this isn’t even accounting for the fact that the Roman Reigns-King Xavier feud isn’t done at all.

Sami Zayn is in the middle of an unfortunate scenario where his feud with Roman Reigns will be more in the background and used as a stepping stone for bigger feuds in 2022.