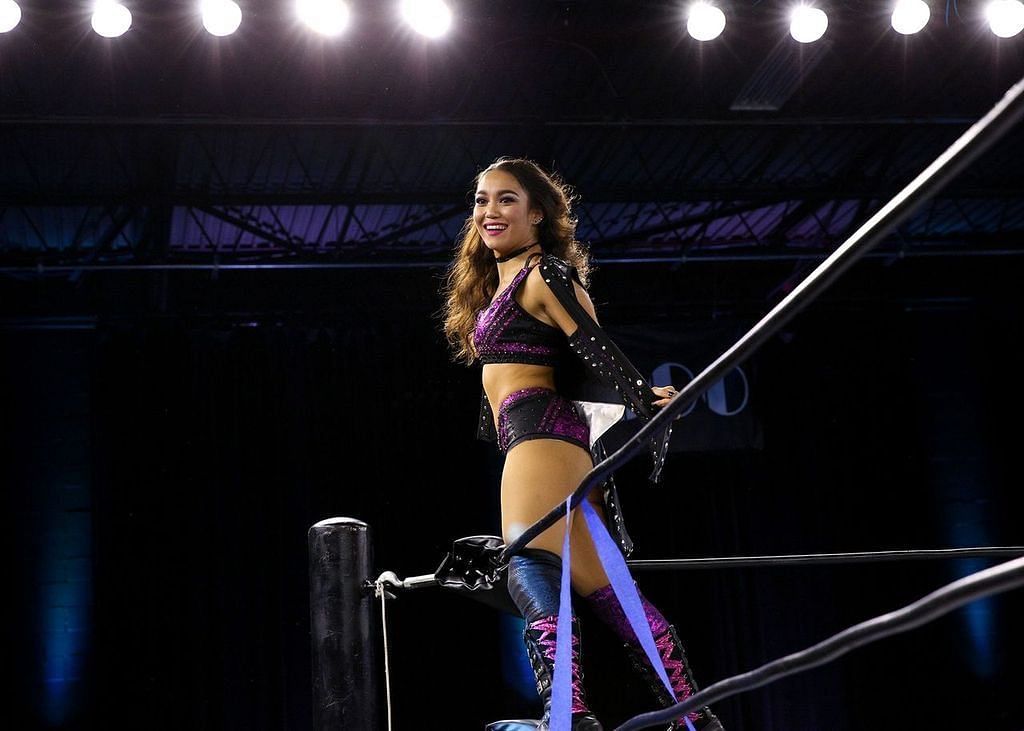 When AEW looks at the independent scene right now, there is one name that should stand out amongst the rest: Rok-C. The young star is making a name for herself around North America, and has all the tools necessary to make it in Tony Khan’s promotion.

She was trained by WWE Hall of Famer Booker T and his wife Sharmell, at the Reality of Wrestling school based in Texas.

Not only is she a multi-time champion, but she is also competing against some of the best in the world and holding her own. Rok-C turned 20 earlier this month, and her future is looking increasingly brighter with every passing day.

That being said, here are five reasons why Rok-C should sign with AEW. 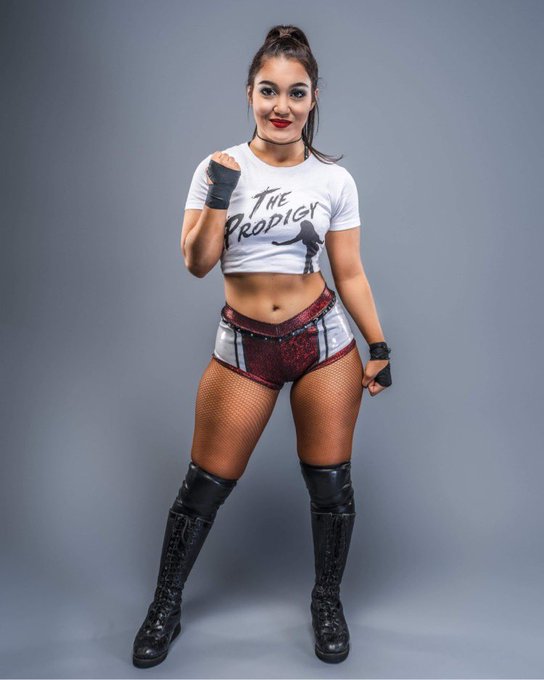 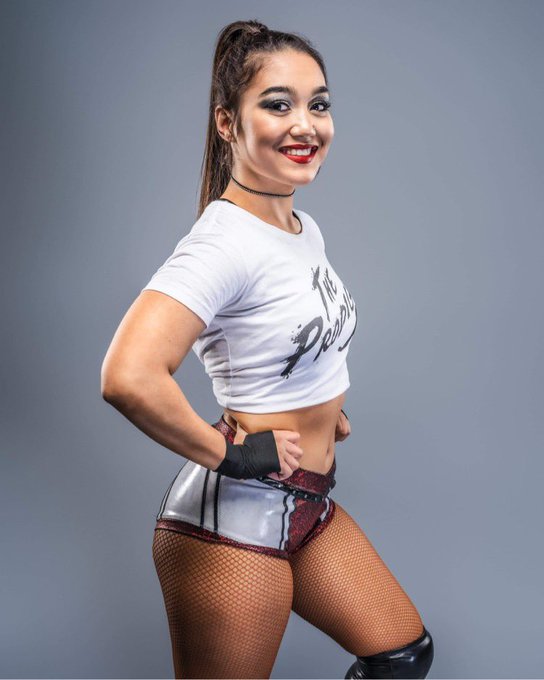 Also if you’re a wrestling fan go follow her at @TheRokC_ https://t.co/hf3qUhJ6kP

Rok-C may have only been born in 2001, but the experience she’s built over the last couple of years will put her in good stead for the rest of her career. Not only was she trained by one of the greatest wrestlers of all-time, she faced some well-established performers very early on.

Some of her early recorded matches saw Rok-C face the likes of Hyan, WWE superstar Shotzi and wrestling legend Jazz. Not many wrestlers early into their careers can say they have stepped into the ring with a number of well-established stars.

All Elite Wrestling has no doubt have taken notice of The Prodigy’s rise over the last couple of years. After all, AEW has been giving a lot of wrestlers from the independent circuit opportunities. One star who has spent a lot of time with Tony Khan’s promotion is Rok-C’s friend, Skye Blue, who is on a similar path to the Texan. 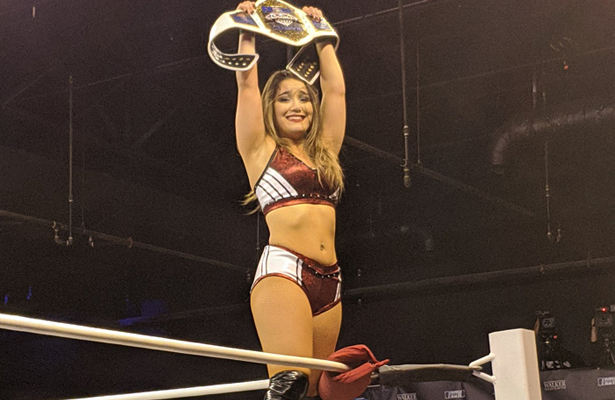 Rok-C confirmed in October with Fightful that she had been contacted by AEW in the past but was unable to commit due to other commitments. There’s no doubt that with 2022 just around the corner, AEW will want to make sure she is tied down to their company sooner rather than later.

She would be a welcome addition to bring all the experience she has learned over the last few years to enhance the AEW women’s division. The signing simply just has to happen, and Tony Khan would be foolish not to try and make it happen once again.

Yesss Hikaru Shida and Thunder Rosa with the win !!! 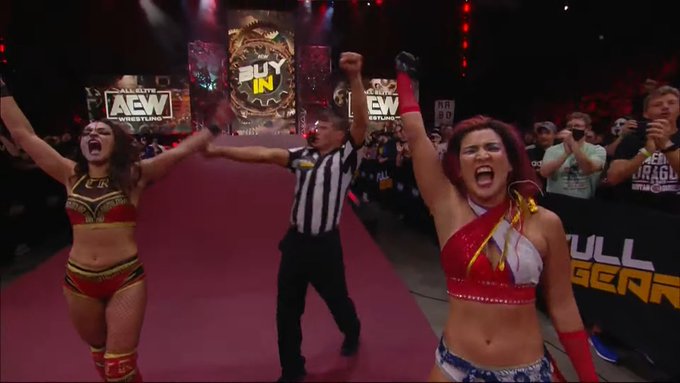 Yesss Hikaru Shida and Thunder Rosa with the win !!!

If Rok-C was to join AEW, it would signal a big moment for the young star. The amount of incredible talent on the All Elite Wrestling roster is, well, elite. In the women’s division in particular, Rok-C would have the likes of Thunder Rosa, Britt Baker and Hikaru Shida to learn from.

The roster is so diverse that she would be able to work with and work against a variety of skills which would enhance her performance. It’s essentially a win-win for the bright star.

#3 Rok-C would be immediately welcomed on the AEW roster

The growth of the AEW womens division is undeniable. It’s tremendous to watch. What a match @RealBrittBaker @TayConti_ 👏👏

One thing about the AEW women’s roster is that they have all essentially followed the same path to be where they are. They have all experienced long travel days and fluctuating pay on the independent scene and are now reaping the rewards of their hard work.

Rok-C has followed that same trajectory, performing around the independent scene and following her dreams to become the best. The roster all has something similar in common, and it would make it easy for Rok-C to settle in if she joined the promotion.

#2 Rok-C would be allowed to be herself with AEW 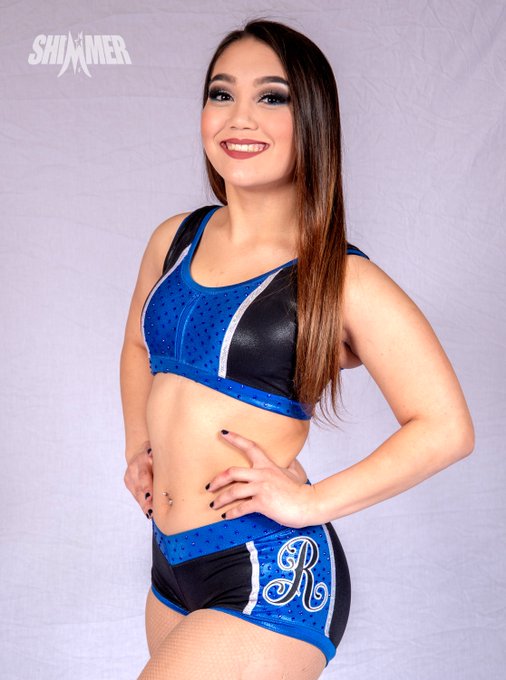 One thing that AEW has allowed its performers to do is simply be themselves and their characters. In WWE, you will usually find a gimmick assigned upon a talent that may not necessarily fit them. If Rok-C were to join AEW, she would be able to continue to be herself and freely do so.

It’s a collaborative effort in Tony Khan’s promotion, and that’s a huge plus. Especially for talents who want to express themselves creatively. 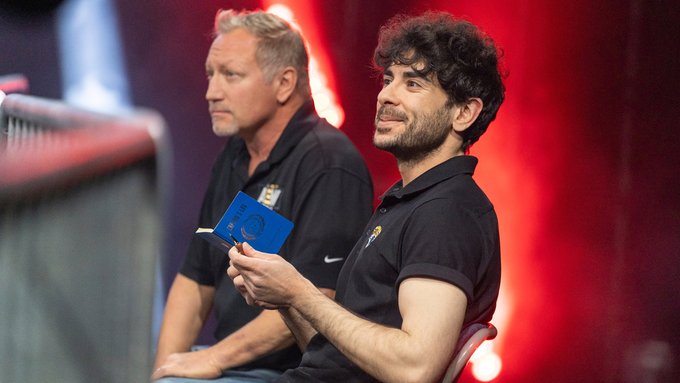 AEW officially became a promotion in January 2019 and the growth they have seen since that day has been astronomical. Although the Covid-19 pandemic majorly affected their second year operating, they are still on the rise.

Recent signings have been a huge indicator, with top-level former WWE superstars CM Punk and Bryan Danielson joining the ranks. AEW has reignited a flame for many professional wrestling fans, and 2022 promises to be their biggest yet, and Rok-C should be a part of that.

What do you think about Rok-C potentially joining All Elite Wrestling? Share your thoughts in the comments section below.