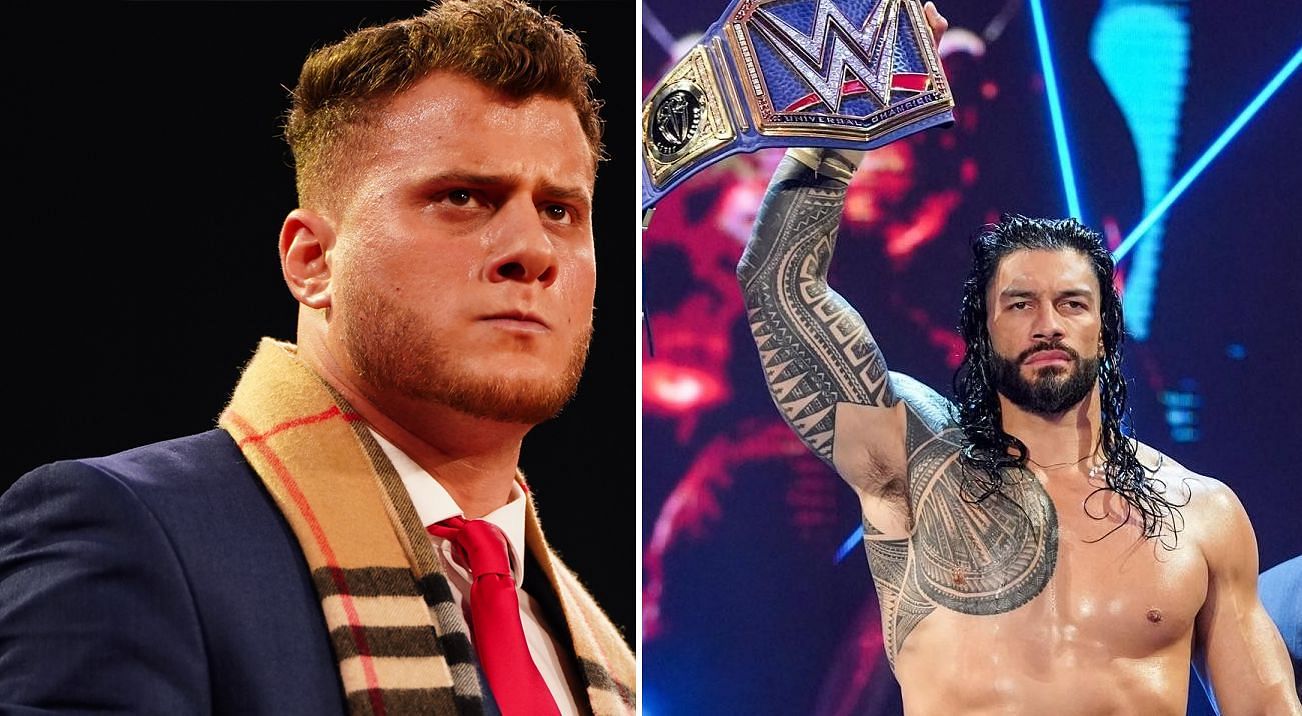 5 reasons why MJF is a better heel than Roman Reigns

MJF and Roman Reigns are currently the biggest heels in AEW and WWE. The Tribal Chief is on another level because he’s unquestionably the biggest star in all of professional wrestling right now. Since his return and subsequent heel turn, the reigning WWE Universal Champion has reached new heights, and he looks poised to break out as the next mainstream star from WWE.

On the other hand, MJF is one of the four pillars of AEW, and he’s carving out a legacy for himself in his own right. The Salt of the Earth is easily the most detested member of the AEW roster. That being said, he’s also as one of the biggest stars in AEW, so it’s fair to call him a top-level heel in the industry.

While Reigns is the bigger star, and he has the aura of an unstoppable monster as the head of The Bloodline, MJF leads a stable of his own with The Pinnacle. Of course, MJF doesn’t need a mouthpiece, and more often than not, he backs up his arrogance in the ring.

Arguments could be made for both sides, but there are certain aspects of being a heel where MJF trumps The Head of the Table. In this article, we’ll look at 5 reasons why Maxwell Jacob Friedman is a better heel than Reigns.

#5. MJF is much better on the mic than Roman Reigns

Contender for best AEW segment ever. 20 minutes of pure venom from MJF and Punk on the mic. That lived up to the astronomically high expectations. #AEWDynamite

MJF is an absolute weapon on the mic and right now, perhaps nobody except Paul Heyman and Eddie Kingston come close to his ability with a microphone in hand.

Roman Reigns is far from a bad promo, but having Heyman takes the weight off his shoulders. The Special Counsel is one of the best managers in the history of the business, so there aren’t many occasions when Reigns truly needs speak for himself.

Meanwhile, MJF doesn’t need anybody to speak for him. In the last few months especially, he has stepped up his game during his feuds against CM Punk, Darby Allin and Brian Pillman Jr. His punchlines are obnoxious, and they generate legitimate heat. Every time he speaks, he makes viewers root against him, and that’s the exact purpose of a heel promo.

Given MJF’s exemplary ability to produce a reaction from the crowd, he ranks higher than Roman Reigns as a heel in that department.

MJF is a better in-ring worker than Roman Reigns

Sickening THUD on the ring apron from that tombstone piledriver by @The_MJF on @DarbyAllin! Order #AEWFullGear NOW: allelitewrestling.com/how-to-watch-a…
8:24 AM · Nov 13, 2021
808
216

Top heels like MJF and Roman Reigns don’t wrestle standard matches, as they have to ensure their characters shine every time they compete. Based on the sample size available for both men, MJF is the better worker once the bell rings.

In the past, Reigns dealt with plenty of misconceptions about his ability as a wrestler. He was underrated at one point, and throughout his heel run, The Tribal Chief has undoubtedly improved. But when one compares his work to MJF’s in-ring skills over the last year or so, it’s clear that the Dynamite Diamond Ring winner is better.

Most of Reigns’ matches take over 15 minutes to get going, and they follow a consistent formula. He dominates the bout in slow, methodical fashion before the babyface mounts a short comeback. Reigns then rallies and wins the bout with the Spear. Some of his matches, like his recent bout with Brock Lesnar have deviated from this pattern, but they have been marred by terrible finishes.

By contrast, MJF recently wrestled against Darby Allin in a match of the year contender at AEW All Out. This contest followed MJF’s instant classic against Sammy Guevara on AEW Dynamite and a more story-driven match against Chris Jericho at All Out. In all three matches, fans saw a different story being told while the in-ring action remained compelling and fast-paced (except the Jericho match).

WWE has a habit of watering down wrestlers’ movesets and over-producing matches, which probably plays a part in the way Reigns’ matches follow the same script. But MJF isn’t limited in the same way, and he has proven himself as the superior worker inside the squared circle.

In professional wrestling, kayfabe is a relic from the past, as many stars almost openly acknowledge the difference in their real-life personalities and their wrestling gimmicks. Reigns, who is still a huge part of WWE’s community outreach program, is no exception. It’s clear that The Tribal Chief is a character he plays on TV.

But MJF works overtime to protect his gimmick, even when the cameras are not on him. His desire to stay in character at all times was fully on display when he insulted his own parents in an interview.

Be it during meet-and-greet sessions or on Twitter, MJF lives the persona he plays on TV, unlike Reigns, and this commitment helps solidify his heel character even more.

MJF is a more versatile character than Roman Reigns

It’s almost a shame that MJF is such a natural heel because his selling is great and he’ll never get to fully use it in his current role.

Roman Reigns has been a must-see star simply because of how good he is as the Head of the Table. But MJF has shown his greatness in multiple characters throughout his AEW run.

Early on, he was a babyface and a friend of Cody Rhodes. Although most people knew that MJF would eventually turn on The American Nightmare, the turn and the subsequent feud was amazing. Similarly, as the goofy heel in Inner Circle, MJF showed a more comical side of his character. He then single-handedly turned the Inner Circle babyface through his betrayal of the group.

Many fans still remember how Reigns’ babyface run was underwhelming due to WWE’s questionable booking. This period of The Big Dog’s career exposed some of the shortcomings in his ability to be a versatile character, though he’s currently thriving as a heel. As a result, MJF wins this round of comparison, too.

Roman Reigns is a WWE product. In a few years, he could easily be a megastar in Hollywood, but for now, he continues to battle a negative perception. Many fans look at him as a star who was borne out of the way a multi-billion dollar company pushed one guy for nearly a decade.

MJF, on the other hand, feels like a more organic character who is genuinely a disrespectful jerk. The fact that he never breaks character helps him seem even more genuine. Moreover, MJF has stated that he will go where the money lies once his AEW contract expires.

Nobody knows if this claim is a work or a genuine preview of the future, and it’s this blurring of lines that makes MJF come across as the superior heel. His villanous antics aren’t limited to other wrestlers; in his promos, he hints that he’s willing to turn on his own company by leaving it for the competition. This decision would be the biggest heel move any wrestler could possibly make.