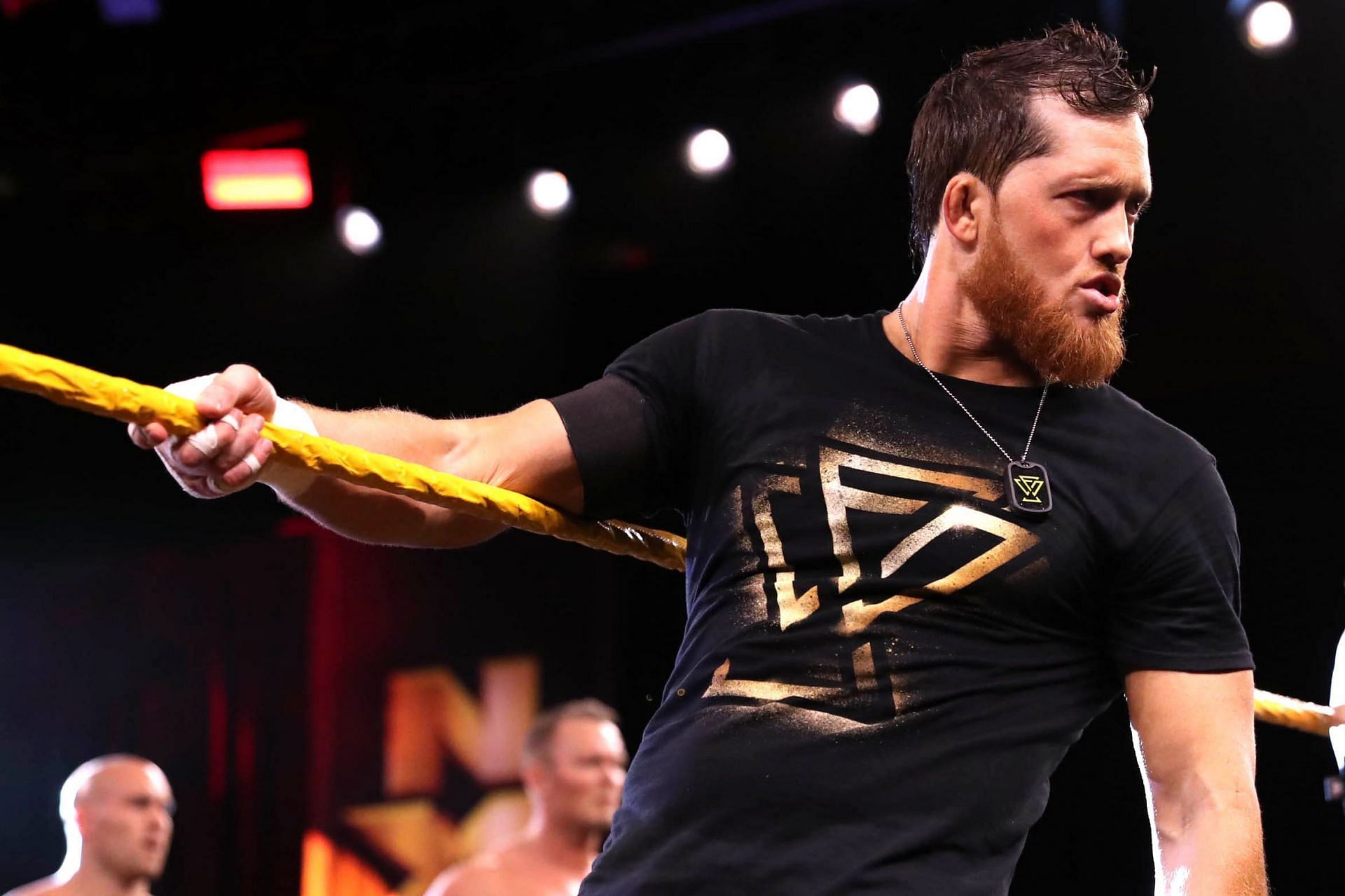 Kyle O’Reilly’s journey with the NXT brand is indicative of the degree of uncertainty that comes with being a WWE Superstar. Outgrowing the shadow of The Undisputed Era, O’Reilly broke into the main event scene and seemed destined for a coronation in 2021.

O’Reilly’s rise to that level meant the end of the faction, with the eventual death coming courtesy of Adam Cole. The former leader would establish a break-out feud between the two to decide who was the future face of the brand.

They had a stellar, unsanctioned match at Takeover: Stand & Deliver and a Three Stages of Hell sequel at Takeover 36. O’Reilly left with his hand raised on both occasions.

However, the developmental reboot saw the champion-elect thrust instead into an introductory program with Von Wagner. The drastic change in trajectory has been a focal point of NXT 2.0, as he represents a dying breed of WWE Superstar.

The remnants of the black and gold brand are slowly disappearing, with former champions like Adam Cole, Karrion Kross and Keith Lee gone, and names such as Kyle O’Reilly and Johnny Gargano set to leave, according to reports.

But as one door closes, another opens. 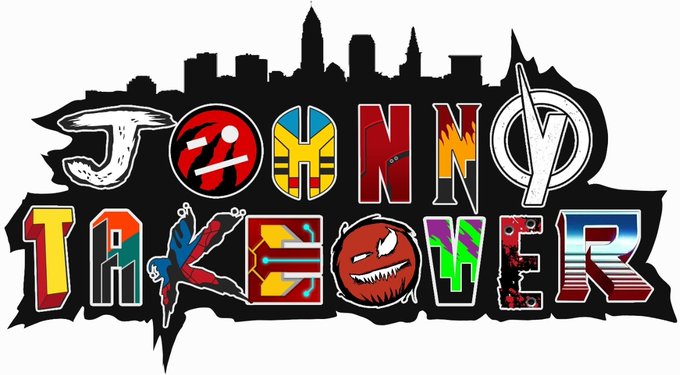 AEW’s emergence in its two-year lifespan as the top alternative to WWE makes it a prime landing spot for someone like Kyle O’Reilly, and he certainly has some friends there that could make for a smooth transition.

But who could he face? And better yet, what five dream matches could we see realized if he announced himself as All Elite?

Readers can be forgiven for questioning the validity of this entry, with Kyle O’Reilly and Bobby Fish having spent the majority of their time together standing shoulder-to-shoulder. However, the reDragon tandem battled each other on two occasions in 2010 for Evolve, trading wins to leave the score at 1-1.

Their careers have become synonymous since, reigning as tag team champions together on the independent circuit, before continuing their dominance as part of the Undisputed Era in NXT. But with Bobby Fish departing the company earlier this year, there has been a brief period of independence between the two.

Fish appeared in MLW competing in the Opera Cup, eliminating Lee Moriarty before falling short in the semi-finals to Davey Richards.

Bobby Fish then signied on with AEW. He has re-established himself to fans as a workhorse that can be relied on to deliver great wrestling, challenging Sammy Guevara for the TNT title and battling at Triplemania Regia for the AAA Mega Championship. O’Reilly hasn’t exactly had the chance to savor his run away from Fish, despite the case looking to be the opposite earlier this year.

If a singles run is what Kyle O’Reilly pines for heading into AEW, then he could do worse than distinguish himself as a singles star against his long-time ally.

Even those who don’t believe in fate will struggle to debate the eventuality of Kyle O’Reilly and Bobby Fish teaming to take on the Young Bucks.

The teams have gone to battle so many times you could be forgiven for believing that they have told enough of their story already. however, so much has happened in the half-decade that has passed since their last clash for the PWG tag titles.

The Young Bucks have since continued to work as professional wrestling magpies, taking anything that shines from their opponents to add to their stacked resume. Whereas O’Reilly and Fish built a legacy in NXT never to be disputed, only this year seeing themselves separated.

The Bucks and Fish are currently on the same team, owing to their mutual friend Adam Cole. But what would happen if O’Reilly were to walk through the door?

Time is a great healer of wounds, but it feels too soon for a reunion between Adam Cole and Kyle O’Reilly. Given the way their latest alliance ended, it isn’t too farfetched to believe Fish would align with his reDragon team-mate against the Elite.

Two factions, two tag teams and five years of history to unpack. Fish and O’Reilly vs. the Young Bucks may not just be an excellent tag team match, but the catalyst for something even greater.

This makes me so happy. Not only because my dream match is now a potential reality but because a great dude can finally return to doing what he was born to do. Welcome back, man. twitter.com/wwedanielbryan…

Saying goodbye to the ring was one of the hardest moments of my life. But thanks to the amazing people supporting me, I was able to keep fighting for my dream. This moment feels surreal and I’m glad to be able to talk to you all at the beginning of #SDLive tonight.
1:01 AM · Mar 21, 2018
1591
189

Saying goodbye to the ring was one of the hardest moments of my life. But thanks to the amazing people supporting me, I was able to keep fighting for my dream. This moment feels surreal and I’m glad to be able to talk to you all at the beginning of #SDLive tonight.

This makes me so happy. Not only because my dream match is now a potential reality but because a great dude can finally return to doing what he was born to do. Welcome back, man. twitter.com/wwedanielbryan…

As true for wrestling as it is for any combat sport, fans pay to see the best go against the best in the search for an undisputed leader in the industry. The top of the mountain is usually contested for by not just a pair, but often a group of individuals during their respective eras.

For the Attitude Era, we saw names like Steve Austin, the Rock, the Undertaker, Shawn Michaels, Mick Foley and Triple H occupy the upper echelon of WWE.

In 2018, Johnny Gargano, Andrade, Aleister Black, Tomasso Ciampa, Adam Cole and Richochet starred for NXT and conveyed the depth of their stacked roster of challengers.

Likewise, AEW now possesses a similarly stacked roster and immense field of challengers to the main event scene. Adding Kyle O’Reilly to the mix would prove worthless if not for him to stand opposite Bryan Danielson, in a dream match recognized even by O’Reilly himself.

The clamor for a bout between them stems from their style that favors hard-hitting kicks, believable selling and conveying a compelling story in the ring. A match with the former WWE Champion and WrestleMania main-eventer would be the making of Kyle O’Reilly in AEW.

Danielson gives him a main stage opponent. One where he can showcase his abilities and perfect dance partner given their striking similarities in the ring. It’s all too easy to get into the hype of the Undisputed Era opportunities his arrival would bring, but let’s not forget the coronation that wrestling owes O’Reilly, after his NXT main event run was derailed.

AEW could do worse with Kyle O’Reilly than stand him against dream opponent Bryan Danielson. Only time will tell how soon it may come.

While discussing the concept of a Kyle O’Reilly and Bobby Fish vs. Young Bucks battle is exciting on its own, the fact is Kenny Omega is destined to return and have his say on the matter at some point.

The Best Bout Machine left The Elite in the hands of The Young Bucks, of whom Adam Cole has assumed leadership and brought Undisputed Era ally Bobby Fish into the fold. Questions remain on what the state of the faction will be when he does return, however, with O’Reilly potentially entering the fold and adding an extra dynamic.

Whatever the case, Kenny Omega is arguably the best wrestler in the world and will always represent a dream match for a talent like O’Reilly. This is especially true when you consider the fact that they’ve never met one-on-one, and they have both come on leaps and bounds since they last met in trios action.

The sooner Kyle O’Reilly realizes he is a “lapdog” the easier this is going to be for him. I have never lied to him, and I never will. Know your role. twitter.com/WWENXT/status/… 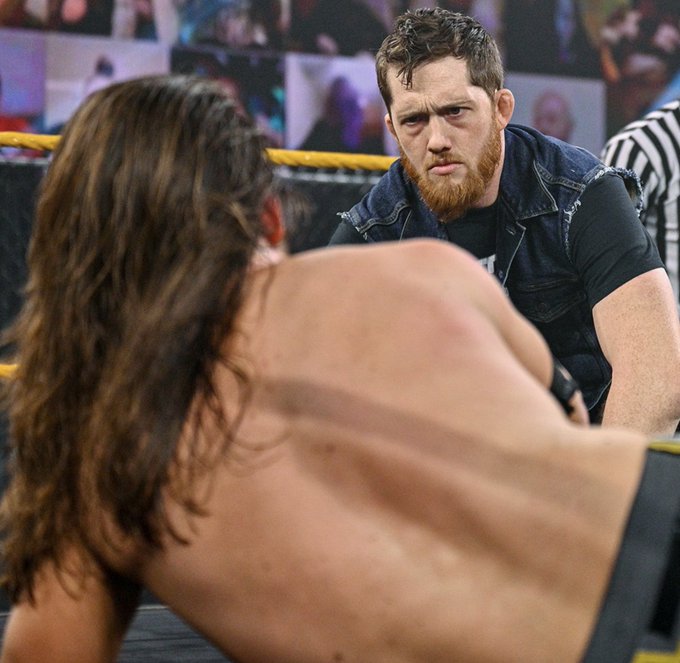 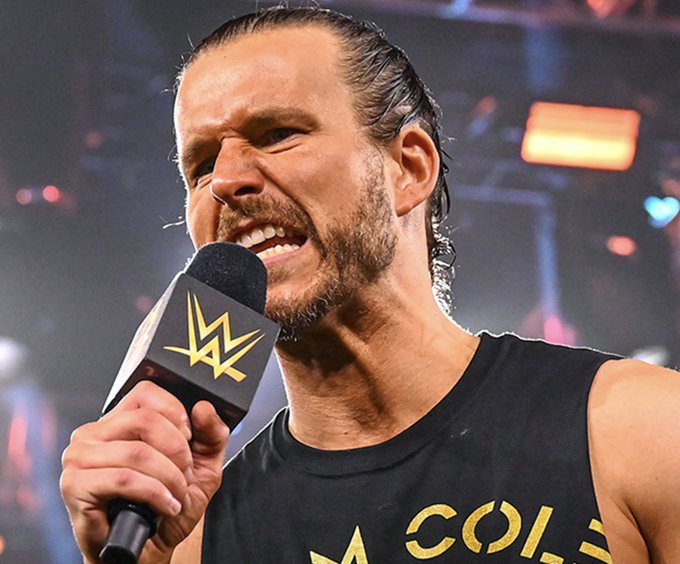 The sooner Kyle O’Reilly realizes he is a “lapdog” the easier this is going to be for him. I have never lied to him, and I never will. Know your role. twitter.com/WWENXT/status/…

Sure, it’s been done before, and Kyle O’Reilly went over both times. But AEW’s less restrictive approach to wrestling and providing a threequel could well give us something we’ve never seen. Out of everyone on the entire AEW roster, Adam Cole has history and motives for feuding with O’Reilly.

The entire concept of the Undisputed Era in AEW rests on the Adam Cole-Kyle O’Reilly mythology, stemming from their short-lived stint as Future Shock prior to WWE, and as such it would be a shame for AEW not to use the ingredients they possess them for a definitive edition of their feud.

It’s not uncommon for replicated storylines to be fundamentally different in the hands of someone else creatively. Much like Zack Snyder’s Justice League has shown, entertainment fans are a sucker for an encore.

Bringing their feud to AEW would work in the same way, serving as a stand alone threequel to what we saw unfold in NXT. It could also propel an entirely new narrative and plant seeds for future storylines to explore.

Familiarity helps sell a newcomer to the crowd. While most of the AEW fanbase will recognize Kyle O’Reilly in any case, positioning him with established stars in familiar storylines can be compelling for AEW to signal their intentions with him in the future.

Do you think Kyle O’Reilly will sign with AEW? If so, who should he face first? Share your thoughts in the comments section below.