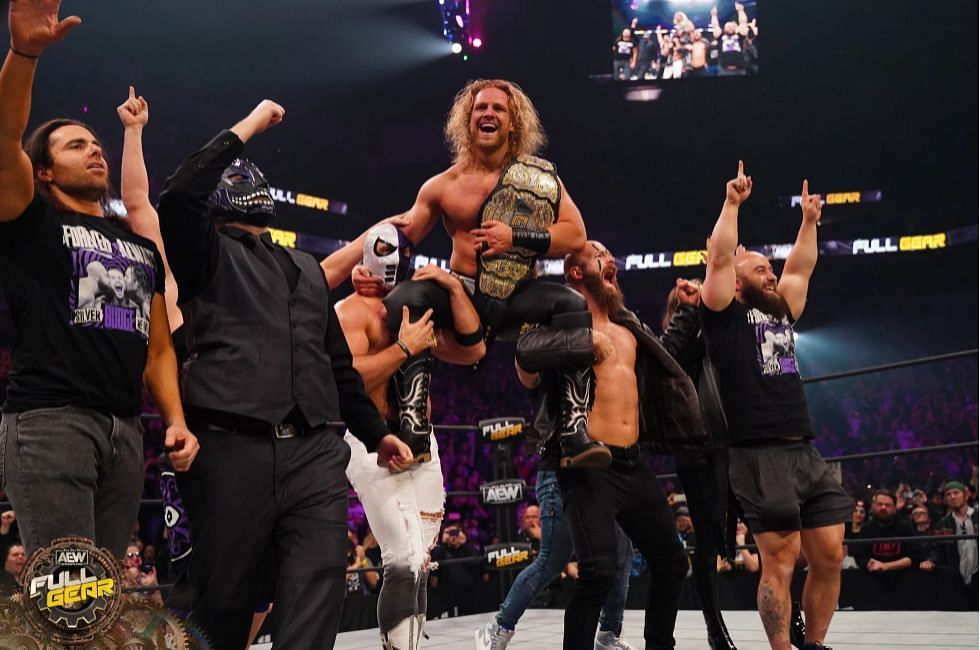 AEW is coming off the heels of their latest pay-per-view in Full Gear 2021. The event saw the culmination of the Hangman Page storyline as he defeated Kenny Omega to win the AEW World Championship. It was just the latest in a series of well-built chases done by the company that has concluded in the right way.

All Elite Wrestling is set to enter its third year of existence. Their success relies on several aspects, including intricate storytelling that has crafted compelling stories with a beginning, middle, and end.

The promotion’s titles have been booked to perfection, with each champion feeling better than the last by the end of their reigns with the gold. 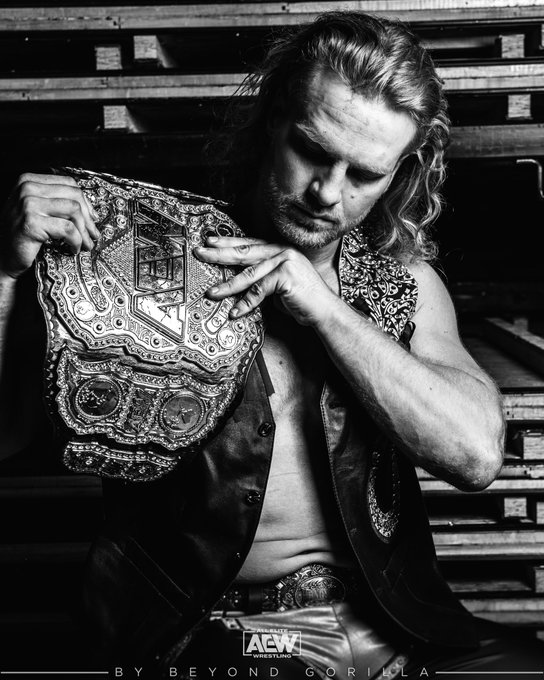 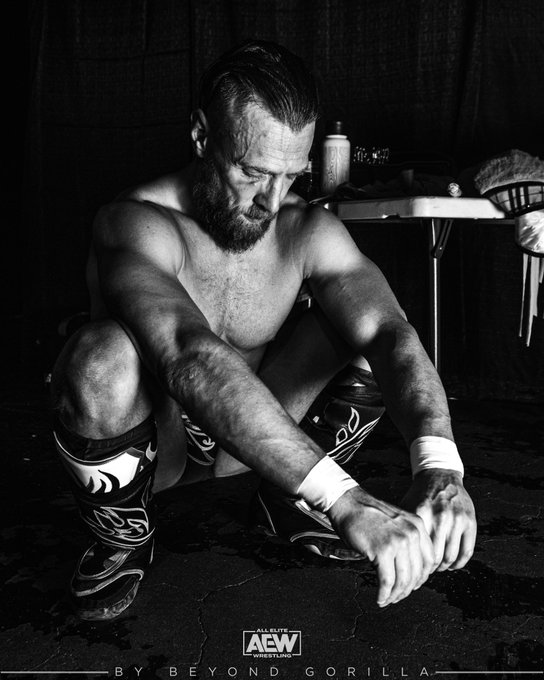 Whether it be the top prize or the AEW Women’s Championship, the company has hyped title changes well in advance to the point of being predictable.

However, the fans came away pleased because of how well they had laid the groundwork beforehand. In this article, let’s take a look at the five most hyped title changes in AEW history.

Getting that belt off of @DarbyAllin won’t be easy 👊 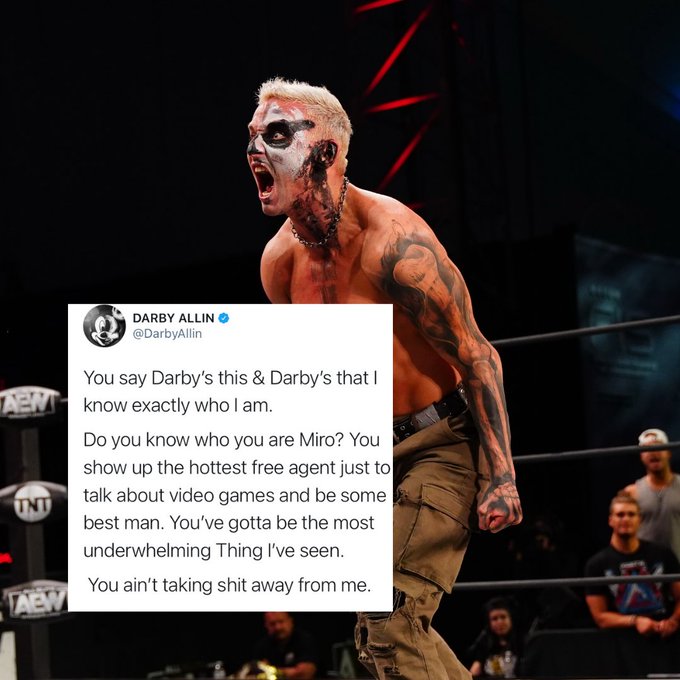 Getting that belt off of @DarbyAllin won’t be easy 👊 https://t.co/tyLu8hXv8c

The TNT Championship is currently the youngest title in AEW until the TBS Champion is finally crowned in January. The championship has seen several opposing views before it was ever revealed. Cody Rhodes won the tournament to become the first champion and instituted the open challenge that has defined its existence.

Following Cody’s brutal feud with Brodie Lee, Rhodes was now a two-time TNT Champion and wanted to allow a man he has plenty of history with to be his next challenger.

Darby Allin made his AEW debut against Cody Rhodes at Fyter Fest 2019 in a 20-minute time limit draw. The contest put Allin’s name on the map and set the groundwork for a rivalry that elevated the young star further.

At Full Gear 2020, Darby Allin was challenged for the TNT Championship against Cody Rhodes. Following two losses and the previous draw, Darby finally got the monkey off his back when he rolled Cody up and won the TNT Championship. The moment felt fulfilling for fans who had watched Darby’s journey from that debut match to the biggest win of his career.

Jon Moxley made his shock AEW debut at the tail end of the company’s first pay-per-view, Double Or Nothing 2019. The former WWE Champion left the biggest promotion and a lucrative deal to bet on himself.

He wanted freedom and a chance to prove his way could work. All Elite Wrestling gave Moxley that chance, and he was making the most of it immediately.

Moxley made an impact by attacking Kenny Omega and Chris Jericho during his initial arrival. Jericho went on to win the AEW World Championship at the next major event, but he always knew Moxley would be hunting him down. A wonderfully orchestrated buildup followed where Moxley and Le Champion turned the intensity up with every passing week.

This culminated with Moxley beating Jericho at Revolution 2020 to win the AEW World Championship in front of a sold-out Chicago crowd. It was even more significant in retrospect as Mox won the top prize at the last major show in front of fans for 16 months in All Elite Wrestling. 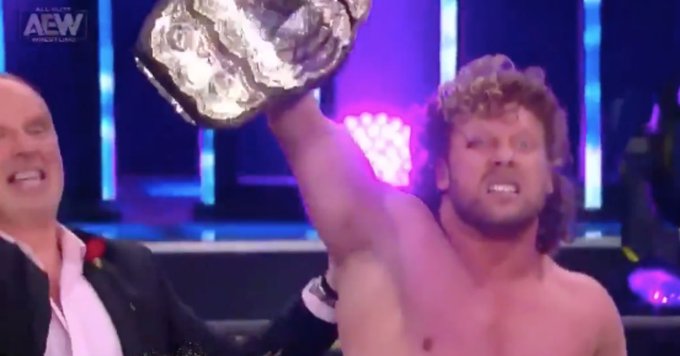 Jon Moxley added prestige to the AEW World Title during a difficult pandemic as a fighting babyface champion. He overcame all the challengers, from Darby Allin to Eddie Kingston. This all led to a showdown with his first rival in the promotion, Kenny Omega.

The Cleaner won the AEW World Title Eliminator Tournament by beating his former World Tag Team Championship partner, Hangman Page, at Full Gear 2020. Omega wanted to avenge his loss at Full Gear 2019 when Moxley beat him in a Lights Out match.

The Winter Is Coming special of AEW Dynamite saw this highly anticipated rematch, and it met the lofty expectations heading in.

#2 Dr. Britt Baker D.M.D. winning the Women’s Championship at AEW Double Or Nothing 2021

Need Britt/Shida IV. The Double or Nothing Rematch.

The AEW women’s division has faced a lot of criticism since the inception of the company. In the face of adversity, the ladies have stepped up with performers like Riho, Nyla Rose, and Serena Deeb, all having show stealers under their belts.

The division truly took shape and started to slowly gain traction behind the improvement of Dr. Britt Baker D.M.D.

Highly promoted as the first female signee of the company, Baker came in with plenty of hype. However, the first few months of AEW saw the Doctor failing to connect with the fanbase.

At the start of 2020, she underwent a character transformation from the smiley dentist to a cocky, demanding role model. Her relationship with Tony Schiavone and her assistant Rebel added so much to the entire presentation.

It was Baker’s epic encounter with Thunder Rosa in a Lights Out Match that skyrocketed directly to the top and had many fans calling her the biggest homegrown star in AEW. This outstanding bout made Britt Baker’s eventual coronation as Women’s World Champion inevitable and undeniable.

After a full year as champion, Hikaru Shida faced Dr. Britt Baker, D.M.D., at Double Or Nothing 2021. The fans were heavily invested, showing the growth of Britt and the entire division.

The two women had a sublime clash that flowed so well and concluded with Baker submitting Shida with the Lockjaw. The emotion on Baker’s face hugging Schiavone as champion was a magical moment in AEW history.

Two years filled with heartbreak, betrayal, failure, and struggle. All that culminates with the biggest match in Hangman Page’s career in the main event of AEW Full Gear 2021.

These are the stories Kenny Omega and Hangman Page live for. Let’s go create a moment. 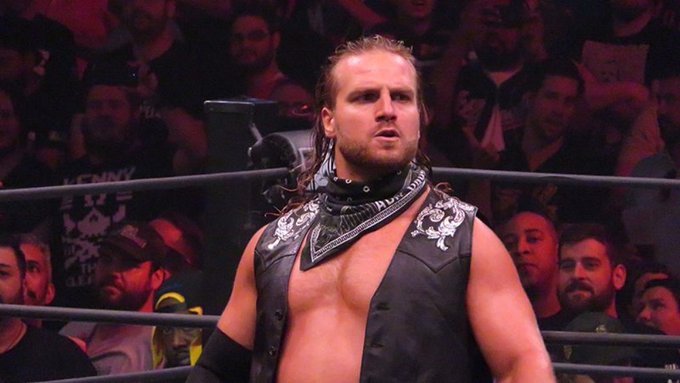 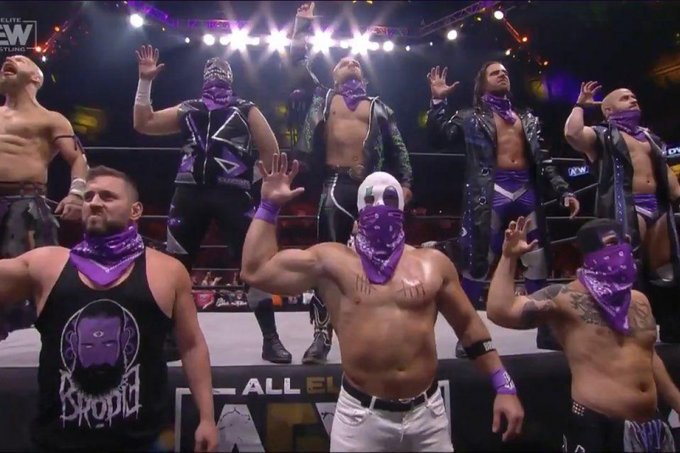 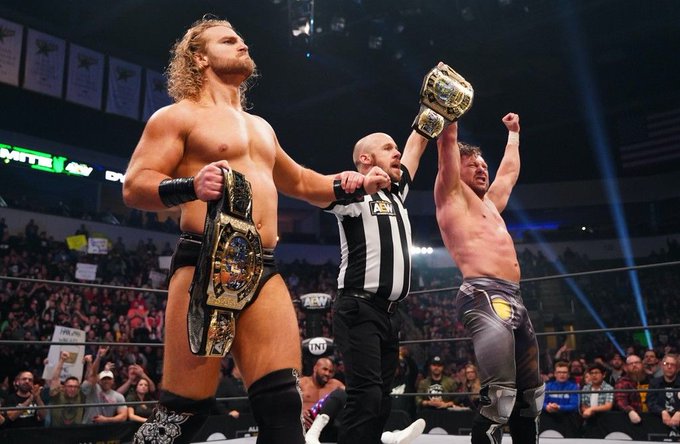 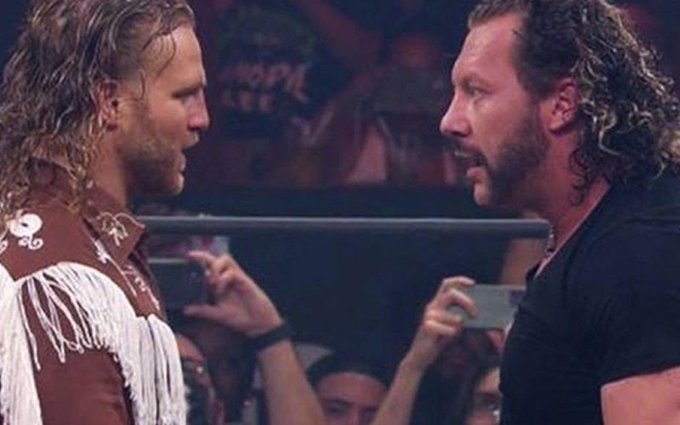 Two years filled with heartbreak, betrayal, failure, and struggle. All that culminates with the biggest match in Hangman Page’s career in the main event of AEW Full Gear 2021.

These are the stories Kenny Omega and Hangman Page live for. Let’s go create a moment. https://t.co/jXEAQqSO8z

This list has to start and end with the same title change. The latest AEW pay-per-view may have featured the best Championship chase of the past decade in wrestling. All Elite Wrestling President Tony Khan said he had the first four AEW World Champions in mind at the company’s start, so he crafted a plan to get to each man.

With Hangman Page eventually becoming the fourth man to hold the top prize in the promotion, the build-up to his win started on the first day of AEW.

At the first rally, Page said that he would become the first World Champion in the company. Hangman failed that quest when he lost to Chris Jericho at All Out 2019. This led to a crisis of confidence for the Elite member.

Hangman Page no longer felt worthy of his friends, of being a part of the Elite and the fans’ adoration. He started drinking to hide his insecurities and asked to leave the Elite.

However, they refused, and Page started teaming up with Kenny Omega. The two men eventually won the AEW World Tag Team Titles and held the gold for 228 days.

This all came crashing down when FTR played Hangman Page to cost the Young Bucks a shot at the AEW World Tag Team Titles. Page was kicked out of faction and lost the gold along with Omega to FTR at All Out 2020.

Omega abruptly ended their partnership and wanted the top prize. He defeated Page in the AEW World Title Eliminator Tournament and won the title at Winter Is Coming.

The following year saw Hangman Page start to find himself when he became friends with the Dark Order. He didn’t let the setback of a loss to the Elite in a five-on-five elimination match hold him back and returned on the second anniversary of Dynamite to win the Casino Ladder Match.

At Full Gear 2021, three years of lead-up came to a head in a deeply emotional main event. Hangman Page was able to withstand the incredible arsenal of Kenny Omega and finally received the approval of The Young Bucks before hitting two Buckshot Lariats to win the AEW World Championship.

It was an excellent match and a stellar way to achieve the most hyped title change in AEW history.