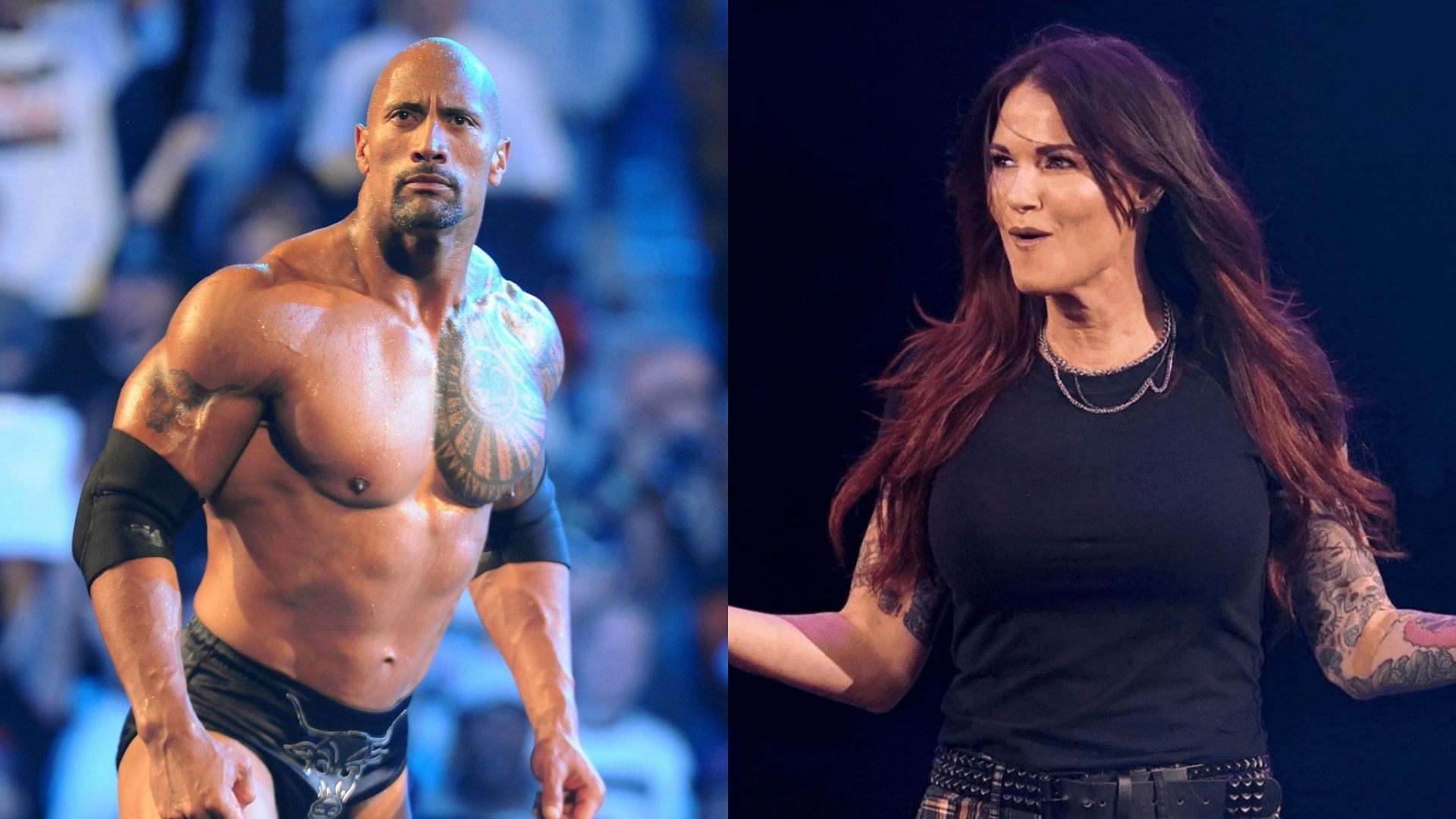 A few WWE legends and Hall of Famers might return to Vince McMahon’s company in 2022.

WWE welcomes several legends back every year. Last January, Christian made a surprise comeback at the Royal Rumble. The same event also witnessed the return of WWE Hall of Famer Torrie Wilson, who participated in the Women’s Royal Rumble match.

Likewise, pro wrestling fans might see other legends return to WWE in the new year. While few could make non-wrestling appearances on WWE television, others might return to answer pending challenges against current superstars. They could get in the ring and compete in dream matches at WWE’s biggest pay-per-views.

Here are five legends who might return to WWE in 2022:

WWE Hall of Famer Trish Stratus has not competed in WWE since 2019. The Diva of the Decade lost her final match against Charlotte Flair at the 2019 SummerSlam pay-per-view. Although the seven-time Women’s Champion has said that her bout against Flair would be her last, she might make a surprise comeback to the WWE ring in 2022.

Sasha Banks recently urged Stratus to return to WWE to face her. The 45-year-old addressed Banks’ challenge in an interview with Toronto’s VIBE 105 Sports and did not close the door on a possible comeback:

“She’s an amazing athlete. People sort of fantasize about that match because we had a little face-to-face at the Women’s Royal Rumble. That is appealing to me,” she said.

Banks is not the only WWE Superstar who dreams of facing the seven-time Women’s Champion. Stratus could also return to WWE in 2022 to face Alexa Bliss, who had previously expressed her desire to go one-on-one with the Hall of Famer.

WWE had previously scheduled a match between Bliss and Stratus a few years ago at Evolution. However, the company canceled the bout after Bliss suffered a concussion at a live event. Now, The Goddess would love to have that match against her hero.

Stratus’ return could also come at the Royal Rumble. The Diva of the Decade could be a surprise entrant in the women’s match.

Although her in-ring return might come in 2022, Stratus will make another WWE appearance a little sooner. The former Women’s Champion recently announced that she would make a one-night-only WWE appearance to host a live event in her hometown, Toronto, on December 29.

Hulk Hogan is one of the greatest superstars in WWE history. Although he has not wrestled for several years, the Hall of Famer might return to WWE in 2022 for a non-wrestling appearance.

Since 2018, the 68-year-old has made at least one WWE appearance each year. His last appearance on WWE television came at WrestleMania 37. Hogan hosted the event alongside Titus O’Neal and took part in multiple segments.

The WWE Hall of Famer also admitted a few years ago that he felt ready to get back in the ring for one last WWE run.

According to Dave Meltzer, WWE did a physical examination of Hogan in 2014 and determined that he was not fit for an in-ring return. Although very unlikely, Hogan could return for one last WWE match in 2022.

The Hall of Famer has not competed since 2012. His last match came on the TNA Maximum IMPACT Tour. He teamed up with James Storm and Sting to defeat Bobby Roode, Bully Ray and Kurt Angle.

Paige has played a crucial role in the Women’s Revolution in WWE. Nonetheless, she had to retire prematurely due to injury. The 29-year-old, however, might make her long-awaited comeback to the WWE ring next year.

Earlier this year, Paige hinted at a possible return to in-ring action. She shared a photo of Edge and Bryan Danielson, who had similar career-ending injuries and returned to wrestling, and captioned it “one day.”

The Anti-Diva has dropped more hints in recent months. In August, the former Divas Champion posted a tweet saying: “I’m not done yet,” shortly after discussing the possibility of returning to the ring on her Twitch stream. The following month, she tweeted the word “January,” which raised speculation that she could make her long-awaited comeback next month.

Although her WWE contract will expire in a few months, the former Divas Champion might make her in-ring return at the Royal Rumble on January 29, 2022. Much like Trish, Paige could be a surprise entrant in the Women’s Royal Rumble match.

The Anti-Diva has not appeared on WWE television since 2020. Despite retiring from in-ring action in 2018, she played different roles in WWE in the past few years, including becoming SmackDown General Manager and the manager of the Kabuki Warriors.

The Rock is arguably the greatest WWE Superstar of all time, but he has not appeared on WWE television for a few years. The Brahma Bull’s last WWE match came in 2016 when he defeated Erick Rowan at WrestleMania 32. However, he made an appearance on SmackDown in October 2019, taking part in a segment with Becky Lynch and Baron Corbin.

In the past few months, reports have suggested that WWE wants The Rock to return to face his cousin, the Universal Champion Roman Reigns, at WrestleMania 39 in Hollywood. Although the ten-time world champion denied these rumors, he did not close the door on a possible WWE return in the future:

“There is no truth to that right now, possibly down the road we will see. We stay very close, myself and Roman Reigns, and I’m very happy and very proud of the work that he’s doing,” he told Andrew Freund.

Before I g2b. How to kick off a feud between @WWERomanReigns @TheRock

☑️ Roman Reigns wins at WrestleMania 38 and retains his title

☑️ The Rock returns to stop by and say hi to Dallas 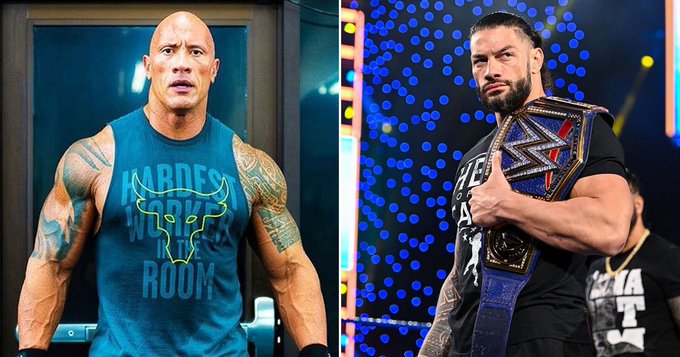 Before I g2b. How to kick off a feud between @WWERomanReigns @TheRock

☑️ Roman Reigns wins at WrestleMania 38 and retains his title

☑️ The Rock returns to stop by and say hi to Dallas

Despite his busy filming schedule, The Rock might return to WWE in 2022 to confront Reigns. The Head of the Table has faced several legends in the past few months, including Edge, John Cena, and Brock Lesnar. The Great One could join that list in the upcoming months.

Like her real-life best friend Trish Stratus, Lita might return to WWE in 2022. The 46-year-old has previously revealed that she is open to making a WWE comeback in the future.

In an interview with the After the Bell podcast last year, Lita addressed the possibility of returning to the WWE ring:

“I’m down. I can’t say that if I was never in the ring again that something is missing from me, but I think that it would be a fun opportunity and a good short-term goal, and just something to add to the resume. But you guys don’t need me, like, everybody is doing awesome there. So I can get by just watching how great everybody’s doing. But if the stars aligned, I could be down,” she said.

The former Women’s Champion already has a challenger in WWE. Last October, Sportskeeda published an article about five dream opponents for Lita from the current WWE roster.

The WWE Hall of Famer retweeted the article and asked her Twitter followers to pick an opponent. The RAW Women’s Champion Becky Lynch commented on Lita’s tweet, challenging her to a match.

“I’ll send you off with a bad arm if you like,” Lynch wrote.

Lita could return to WWE in 2022 to face Becky Lynch. She might also participate in the upcoming Women’s Royal Rumble match.

The four-time Women’s Champion has not competed in WWE since October 2018. In her last match, she teamed up with Bayley, Trish Stratus, Natalya, and Sasha Banks to defeat Alicia Fox, Liv Morgan, Mickie James, Ruby Riott, and Sarah Logan.