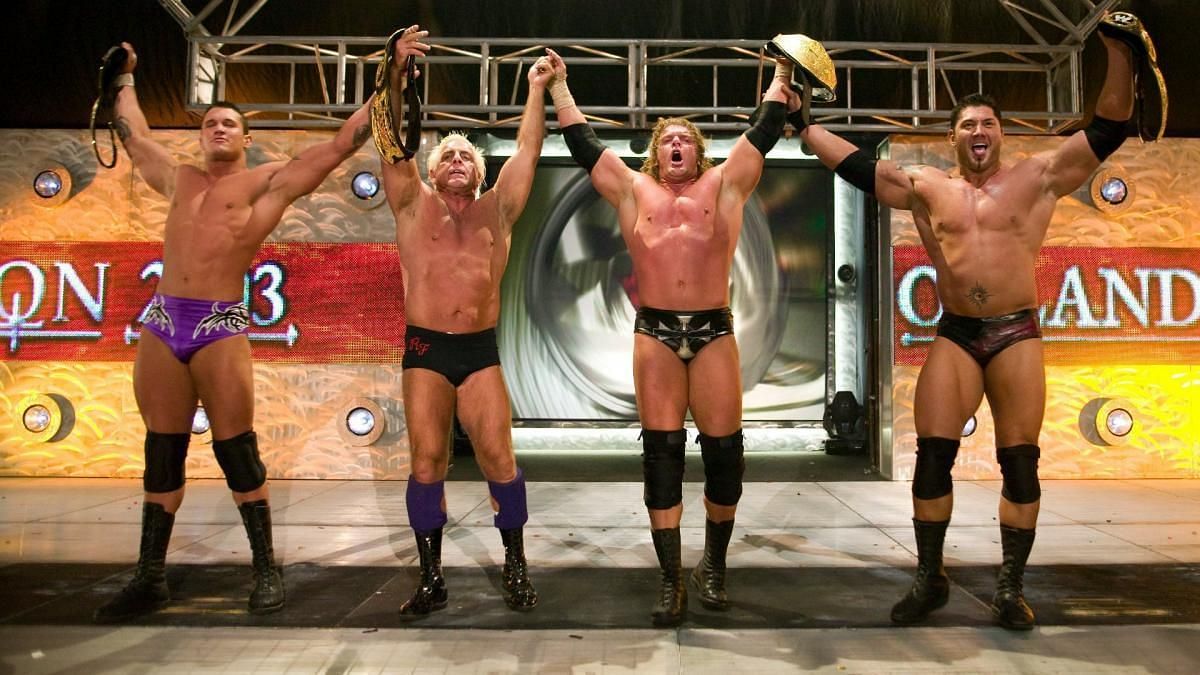 Randy Orton has been performing on WWE’s main roster since 2002. He has been one of WWE‘s most active and consistent top tier superstars of all-time. The Viper also recently made history ascending to the top of the tree when it came to pay-per-view appearances. Orton now holds that record.

During Randy Orton’s historic career, he has been well-known to align himself with other wrestlers to form formidable tag teams and stables. This has helped Orton achieve many feats in WWE and capturing many championships.

That being said, let’s take a look at five of the greatest teams that Randy Orton has been a part of in WWE, in no particular order.

How could we ever forget this team? Both had just been in the midst of reigning world champions in WWE and found themselves being paired together in 2006. The name Rated-RKO, of course, is devised from Edge’s nickname as The Rated R-Superstar, and RKO which is Randy Orton’s initials and signature move.

The team was formed to battle against the duo of Triple H and Shawn Michaels, who had reprised their gimmick as D-Generation-X. Edge and Randy Orton felt the pair stood in their way to once again become world champions of the company.

Edge spoke about his time teaming with Randy Orton:

“We just worked well together. Even as opponents, we have great chemistry. The first night I worked with him, I was like ‘Oh da*n, this guy is great, and he’s just not even sniffling at where he’s gonna be and doesn’t know it either’. By the time we got to teaming, we’re having fun because we wanted to be those a**hole heels that everybody hated.” Edge said. (h/t Essentially Sports)

The Rated-#RKO reunion was short-lived, but #Edge & #RandyOrton had plenty of success as a tag team. 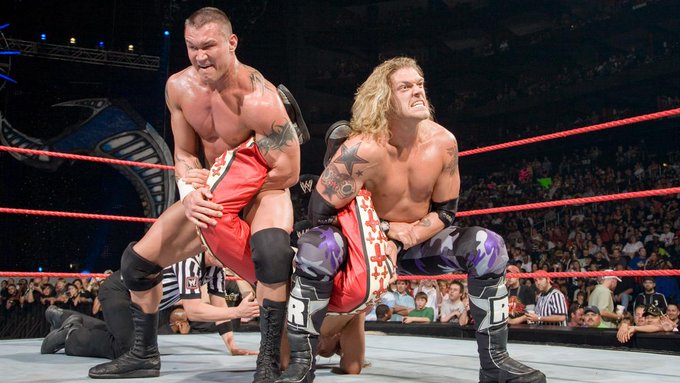 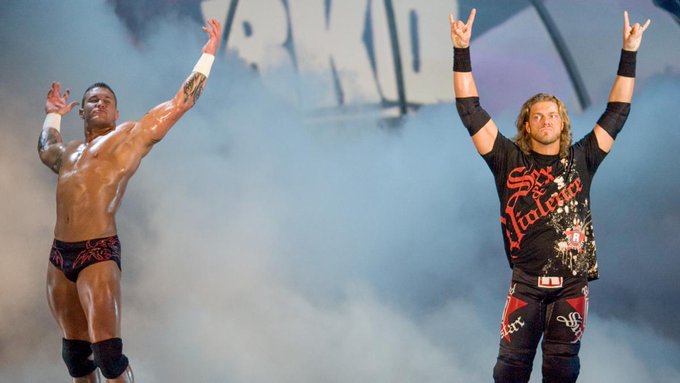 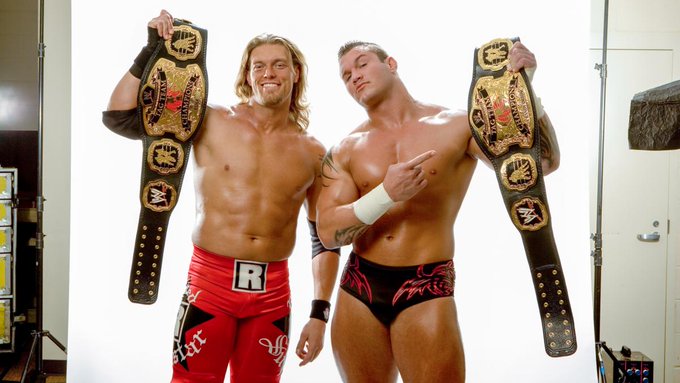 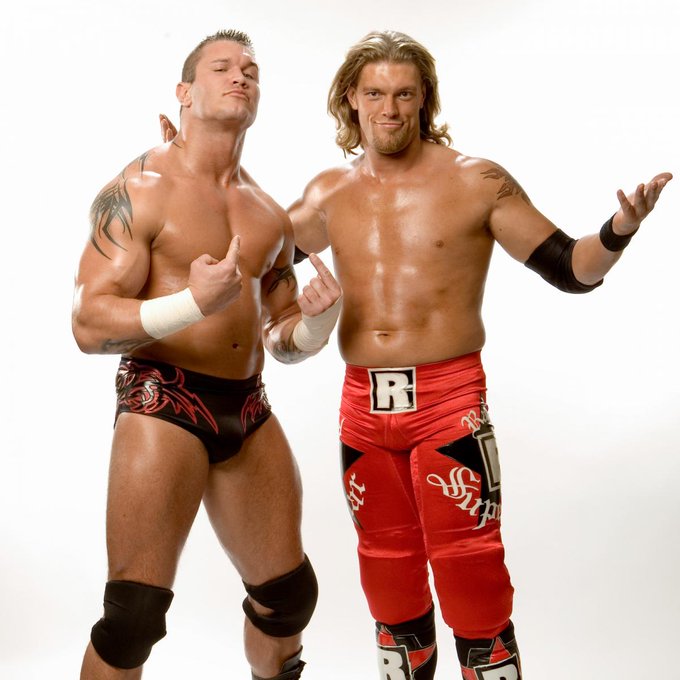 The Rated-#RKO reunion was short-lived, but #Edge & #RandyOrton had plenty of success as a tag team. https://t.co/dDSNNBEHLM

The team, who also had Lita by their side, went on to win the World Tag Team Championship on one occasion. They will be remembered for their antics throughout their tenure on Monday Night RAW as Rated RKO, which saw them cause trouble each and every week.

Edge and Randy Orton split up in May 2007 as Edge moved to Smackdown, but the team reunited in both 2008 and 2011 as one-offs. The duo ended up facing each other in 2020, when Edge returned from retirement and began a grueling feud with The Viper.

Am I the only one here who forgot that Randy Orton was apart of the Wyatt Family at one point? 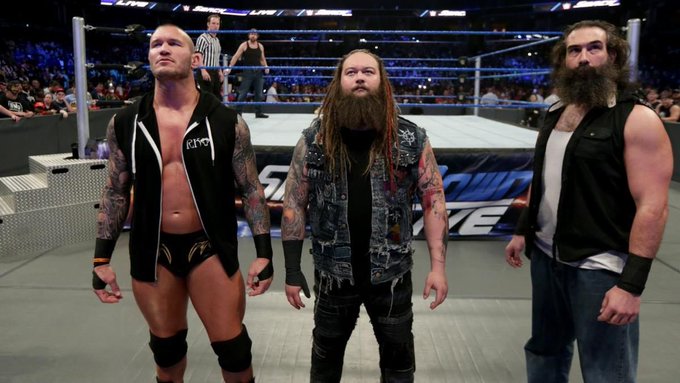 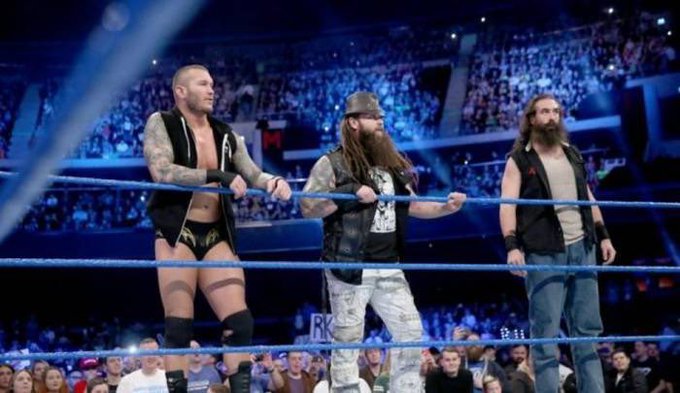 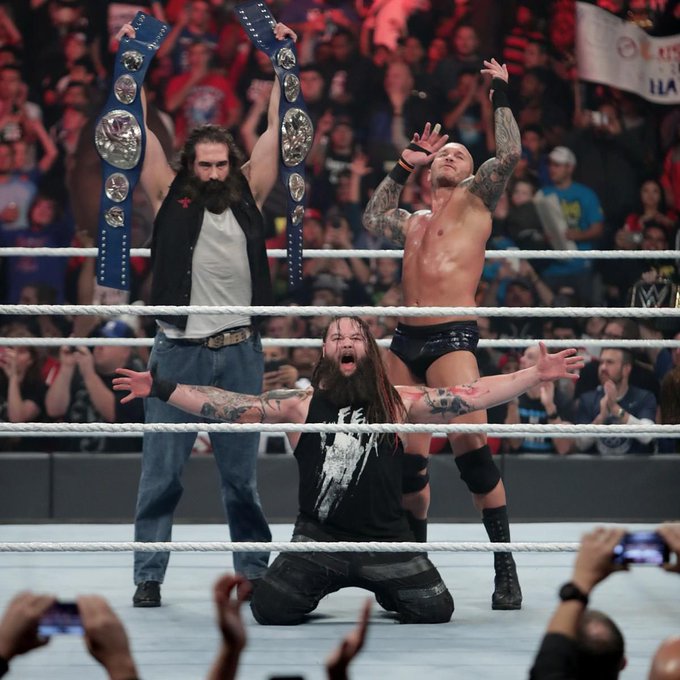 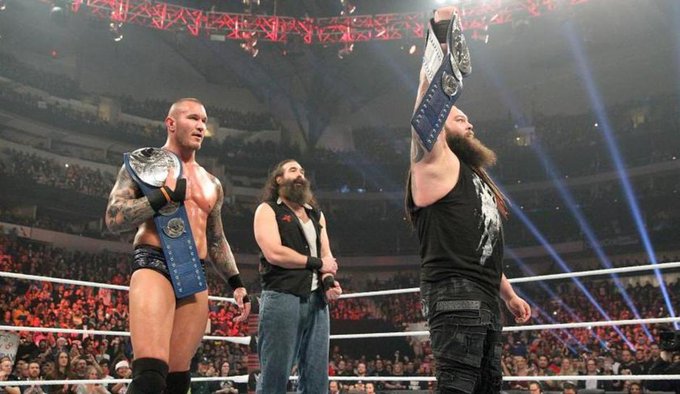 Am I the only one here who forgot that Randy Orton was apart of the Wyatt Family at one point? https://t.co/GA9qxcqfOe

In the summer of 2016, Orton faced Brock Lesnar at the SummerSlam pay-per-view and was defeated by a technical knockout. The Beast Incarnate struck Orton with severe elbow shots to the head which busted him open and gave him a concussion.

Following this, Orton followed an unusual path and aligned himself with Bray Wyatt and The Wyatt Family for a few months. Some may say The Viper was still feeling the effects of his match with Brock to make such a decision.

In the end, it all turned out to be a plan by Randy, who eventually won the Royal Rumble and turned on then-WWE Champion Bray Wyatt. The pair faced each other at WrestleMania with Orton winning the gold.

They would also have their first-ever “House of Horrors” match a few weeks later to conclude their storyline.

Orton vs Rhodes vs Dibiase 👏

Orton vs Rhodes vs Dibiase 👏 https://t.co/FKV9sMeGPk

In 2008, Randy tried his hand at leading his own stable in WWE. First, he made Cody Rhodes and Ted Dibiase Jr. earn his respect before officially forming The Legacy. All three superstars had legendary figures as fathers in the business and it made for the perfect team.

Orton eventually grew frustrated with the team a few months later, with Cody and Ted denying Randy championship opportunities. The former Legend Killer turned on the pair which resulted in a match at WrestleMania in March 2010 in which the group disbanded. He defeated them both within ten minutes. 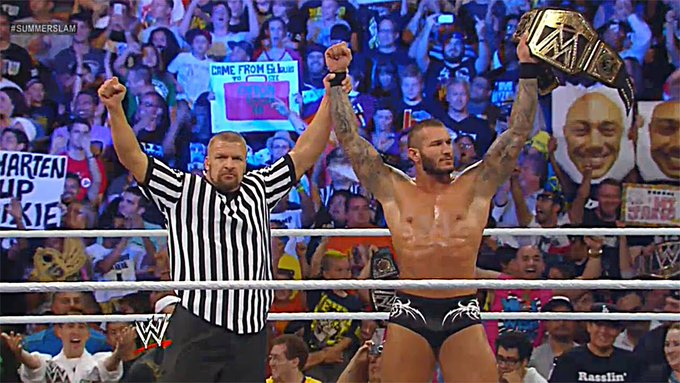 Randy Orton did the unthinkable in the summer of 2013. Having won the Money in the Bank briefcase weeks earlier, he cashed in moments after fan-favorite Daniel Bryan defeated John Cena to become the new WWE Champion.

Assisted by special guest referee, Triple H, The Viper joined the evil Authority in the process.

Dubbed “the face of the company,” he was the focal figure of The Authority led by Triple H and Stephanie McMahon to get the job done and rule over WWE. After some time, Seth Rollins became The Authority’s hand-picked star and Orton grew tired and turned on Seth, ultimately turning babyface again. 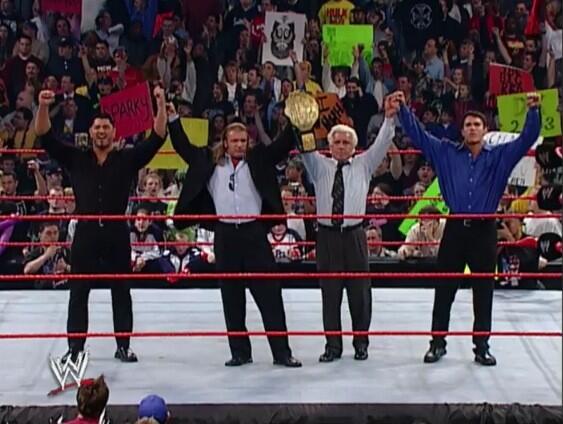 One of the greatest stables of all-time, Evolution, turned Monday Night RAW upside down when they arrived in 2003. Hand-picked by Triple H and WWE Hall of Famer Ric Flair, the muscular Batista and the exciting young rookie Randy Orton were selected to join.

At one point, Evolution held all the gold on the red brand, with Randy Orton holding the Intercontinental Championship. During The Viper’s time with Evolution he became known as The Legend Killer, and also won the World Heavyweight Championship for the first-time.

Randy Orton became exiled from the group because of his World Heavyweight Championship win. Triple H became jealous of Orton’s shine and summoned Batista and Ric Flair to turn on him. All in all, it was Randy’s Evolution days that got him off the ground in WWE.

Where do you rank Randy Orton among WWE’s all-time greats? Share your thoughts in the comments section below.