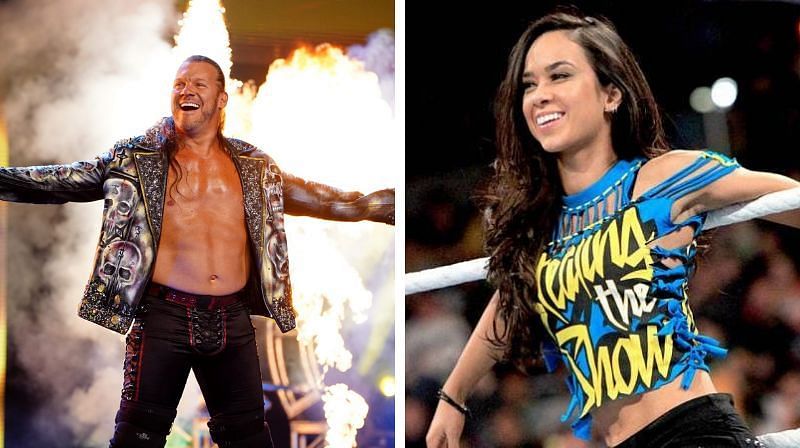 5 Former champions who may never return to WWE

“Never say never” is an old cliche in WWE. Even if a wrestler’s relationship with the promotion is fractured beyond repair, Vince McMahon often finds a way to bring them back into the fold if it’s in the product’s best interest.

Hulk Hogan and McMahon had countless fallings-out, but they always made up because they both stood to gain from working with each other. Even stars such as Bret Hart and Ultimate Warrior eventually mended fences with WWE after their respective relationships with the company ended badly.

That being said, over the past few years, a few WWE legends have made their way over to AEW. If Tony Khan’s promotion continues to expand rapidly, some of these veterans might have found a new permanent home.

In the absence of a credible alternative, WWE would have been able to negotiate with CM Punk on their own terms. The likes of Bryan Danielson and Chris Jericho probably would have extended their tenures and eventually gone into the Hall of Fame. But the arrival of AEW has shaken things up and made the professional wrestling landscape more unpredictable.

With that being said, here are five former champions who may never return to WWE.

Chris Jericho is arguably one of the greatest WWE Superstars of all time. He has managed to successfully reinvent himself several times in order to remain relevant throughout his legendary career. But The Demo God has made it clear that he doesn’t intend to have another run in WWE.

During a livestream on his YouTube channel, though Jericho had nothing but praise for his former employers, he was adamant about his plan to stay with AEW.

“It’s not going to happen,” said Jericho. “I’m really enjoying being in AEW. I loved my time in WWE, I love Vince McMahon, I learned a lot. I had a lot of fun, but listen, you can’t stay in the same place forever. You become stagnant if you do and I think you need to push yourself to do something new. “

To be fair, Jericho appeared on WWE programming earlier this year when he was a special guest star on Steve Austin’s Broken Skull Sessions show. But even if he does go into the Hall of Fame one day, it’s very unlikely that Jericho will have another WWE match.

In August of this year, Ric Flair was released by WWE at his request. While it initially appeared to be a cordial parting of the ways between the two parties, The Nature Boy has recently brought up some of his issues with WWE on his podcast, Wooooo Nation Uncensored.

The WWE Hall of Famer was particularly displeased with the decision to remove him from the opening package for WWE programming. Flair also stated that he doesn’t intend to return to the promotion; he cited a lack of respect from WWE President Nick Khan.

“I couldn’t ever work for Nick Khan in my entire life,” said Flair. “Vince McMahon, I could work for, but Nick Khan, who’s the guy that orchestrated taking me off the show? Never in a million years. Tony Khan respects me. As does Vince. Nick Khan has none. I talk to Vince now. I got no problems with Vince. He just knows I won’t come back.”

Flair even said that he’d want AEW to celebrate his life and career instead of WWE, in the event of his demise. Based on these comments, it’s fair to assume that The Nature Boy and WWE won’t be mending fences anytime soon.

Though she was only 28 at the time, AJ Lee left WWE in April 2015. She was the standard-bearer for the women’s division during her time with the company. Lee held the Divas Championship for 406 days through three reigns, a record that still stands to this day. The fan-favorite star was before her time, as she missed out on the opportunity to work with the likes of Becky Lynch and Charlotte Flair.

After she left WWE, Lee went on to become a New York Times best-selling author. In October of this year, she returned to the wrestling world when she signed with WOW – Women of Wrestling as an executive producer. She will also provide color commentary for the promotion in 2022.

If Lee eventually returns to the ring, AEW would be a more likely destination than WWE; her husband, CM Punk signed with Tony Khan’s company earlier this year. As with Jericho, even if Lee gets inducted into the WWE Hall of Fame, she probably won’t wrestle for the company in the future.

Bryan Danielson is undoubtedly a WWE legend, and he’s one of the greatest professional wrestlers of the modern era. He was a top star in WWE for many years, but he amicably left the company when his contract expired earlier this year.

Danielson then joined Tony Khan’s promotion, and The American Dragon has noted that intends to spend his last three years as a full-time in-ring competitor there. Even if Danielson continues to wrestle sporadically later on, he seems to be enjoying a new lease on life in AEW. Though he had a good relationship with Vince McMahon during his time in WWE, a return probably isn’t in the cards.

The Best in the World! @CMPunk wins in his first match back in 7 years! #AEWAllOut https://t.co/SOpg6VsYWL

CM Punk‘s return to professional wrestling has been the biggest highlight of 2021, as many fans rejoiced when he made his AEW debut. But The Straight Edge Superstar was also in talks with WWE before he signed with Tony Khan’s promotion. He later stated that the deal never came to fruition because his former employer was “playing games.”

“I remember one of the first things I ever said to them was, ‘Above all, don’t play games,'” said Punk. “And they played games. Some things never change. … When you enter a conversation with people you have a past with and you know who they are, how seriously can you take it? I know exactly who they are and they just continue to prove it.”

Punk also recently expressed his disapproval of Vince McMahon’s template for booking returning stars. His decision to work with AEW has paid off, as Punk has been revitalized by facing fresh opponents and having creative freedom. For these reasons, don’t expect to see the former world champion in a WWE ring anytime soon.