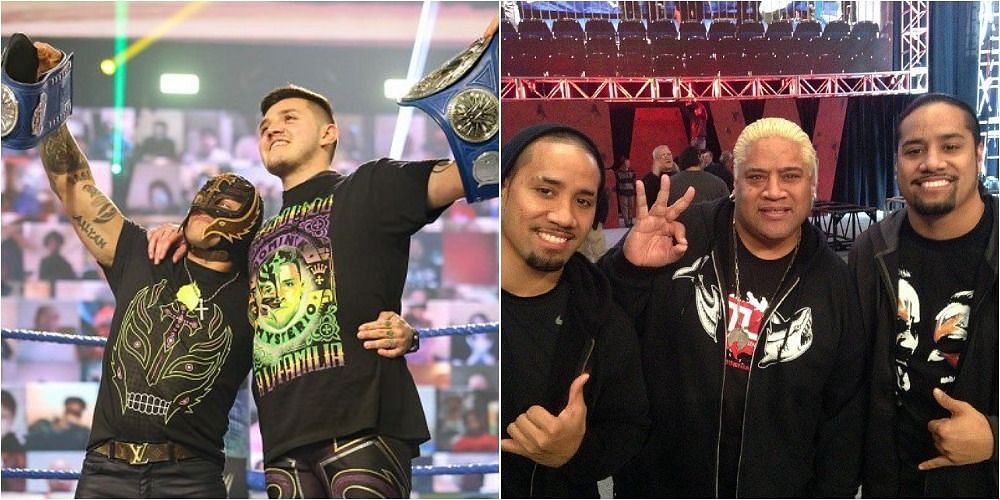 5 Fathers and sons who won the same championship in WWE

WWE is a global entertainment brand that unites families and friends through its captivating storylines and larger-than-life superstars. These stars inspire many fans from around the world to pursue a career in professional wrestling.

Many performers got into the business by following in the footsteps of their parents, who they saw as heroes growing up. While being related to a popular wrestler might have its benefits, things can still be tough.

That’s because they’re usually expected to live up to their predecessor’s success. Many of these stars were able to grab the baton and sprint with it to the top of the mountain. Some even went on to have a much more decorated career than their old man.

Let’s take a look at five fathers and sons who won the same title in WWE. 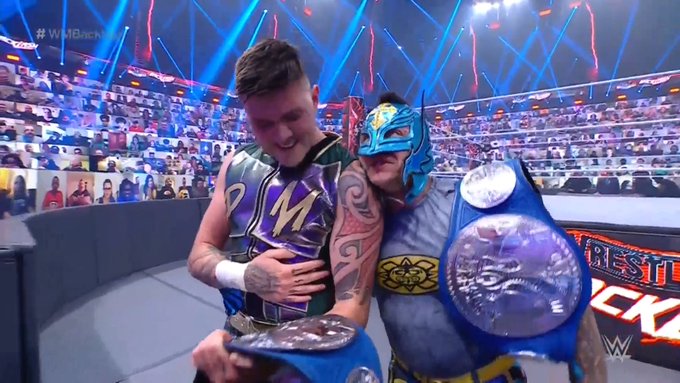 Rey Mysterio is a renowned name in pro wrestling and he’s regarded as the greatest crusierweight of all time by fans and pundits. He has held many championships in his lengthy career, including the coveted WWE Championship.

One of Mysterio’s greatest accomplishments was winning the SmackDown Tag Team Championship with his son Dominik. The two stars defeated the team of Bobby Roode and Dolph Ziggler at WWE WrestleMania Backlash to claim the gold.

They made history that night by becoming the first ever father-son tag team champions in WWE history. Not only did they win the same title, but they held it at the same time.

During an interview with ESPN, the Master of the 619 opened up about him and his son’s historic title win.

“I feel like I’m on top of the world right now,” said Mysterio. “I don’t take anything away from all my accomplishments that I’ve gotten in the past. This is just on a different level, the fact that I’ve been able to share the ring with Dominik. To be the first father and son tag team champions, it’s unbelievable, indescribable.”

The most important thing in life will always be family. 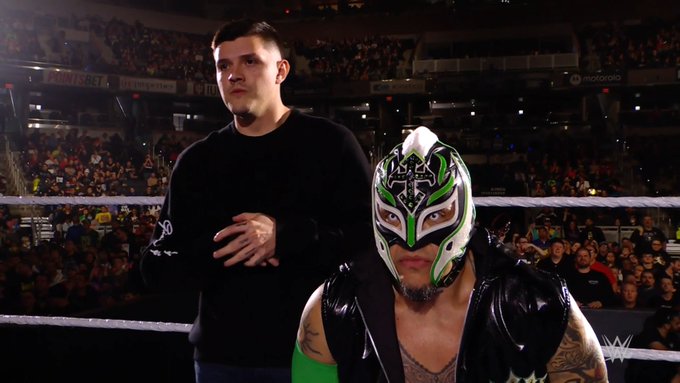 The most important thing in life will always be family.

They went on to drop the titles to The Usos a couple of weeks later, but they’re still paired together on TV. There are rumors that Rey and Dominik could soon begin feuding, although Mysterio has said he doesn’t want to fight his son. 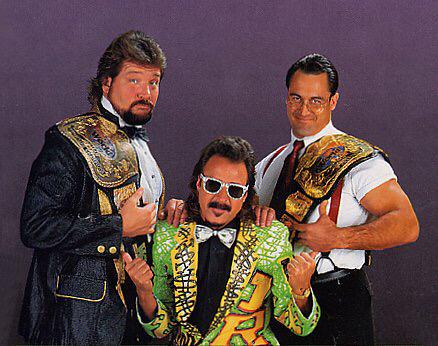 The elder Ted DiBiase had three reigns with the World Tag Team title alongside Irwin R. Schyster (AKA Mike Rotunda). Meanwhile, his son Ted Jr., who was part of the popular stable known as The Legacy, held the title twice with Cody Rhodes.

The company had plans to make the younger Ted a big star, but he never enjoyed the same success that his father did.

They lined ’em up, they knocked ’em down. 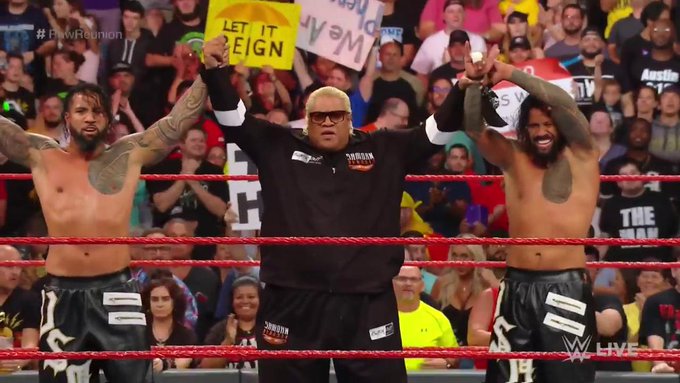 They lined ’em up, they knocked ’em down.

The Usos are arguably the best tag team in the entire industry right now. Jimmy and Jey Uso are currently a part of The Bloodline with Universal Champion Roman Reigns. The twins have held tag team gold a number of times.

They’re the reigning SmackDown Tag Team Champions. They have elevated the tag team division on the blue brand and are incredibly enjoyable to watch.

Lock at that its Curtis axel’s dad mr. Perfect http://t.co/wbZQk4P3ZP 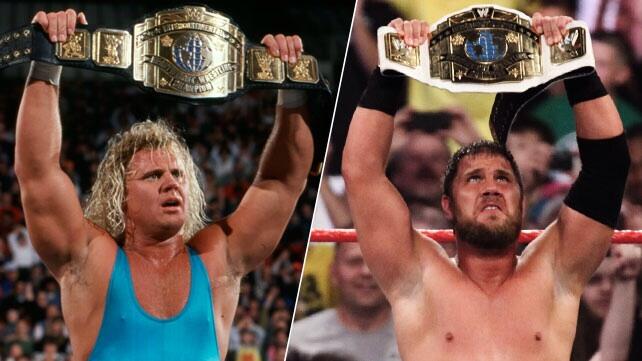 Lock at that its Curtis axel’s dad mr. Perfect http://t.co/wbZQk4P3ZP

Former WWE Superstar Curtis Axel is a third-generation wrestler who is the son of Curt Hennig and grandson of Larry “The Axe” Hennig. Axel and his father Mr. Perfect are the only father-son duo to win the prestigious Intercontinental Championship.

Axel held it once while his dad had two reigns with the title. Curtis Axel captured the gold not long after he was re-introduced under that moniker. WWE tried to make him a big star by pairing him with Paul Heyman and giving him a win over Triple H on RAW.

Axel, however, was unable to get over with the crowd due to his lack of charisma and mic skills. He was released from the company last year due to budget cuts. 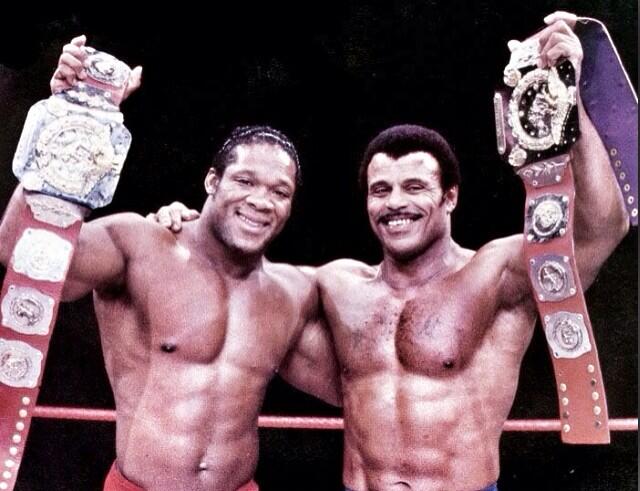 While The Rock has held the World Tag Team Championship more times than his WWE Hall of Fame father Rocky Johnson, The Soul Man’s title win was far more historic.

In 1983, Johnson and his partner Tony Atlas defeated The Wild Samoans to become the first black tandem to win the titles. The Rock made history of his own, as he’s recognized by WWE as the first African American WWE World Champion.

Dwayne Johnson is the biggest name in the entertainment industry right now. Although The Great One isn’t active in the ring anymore, fans have been clamoring to see him take on his cousin Roman Reigns.