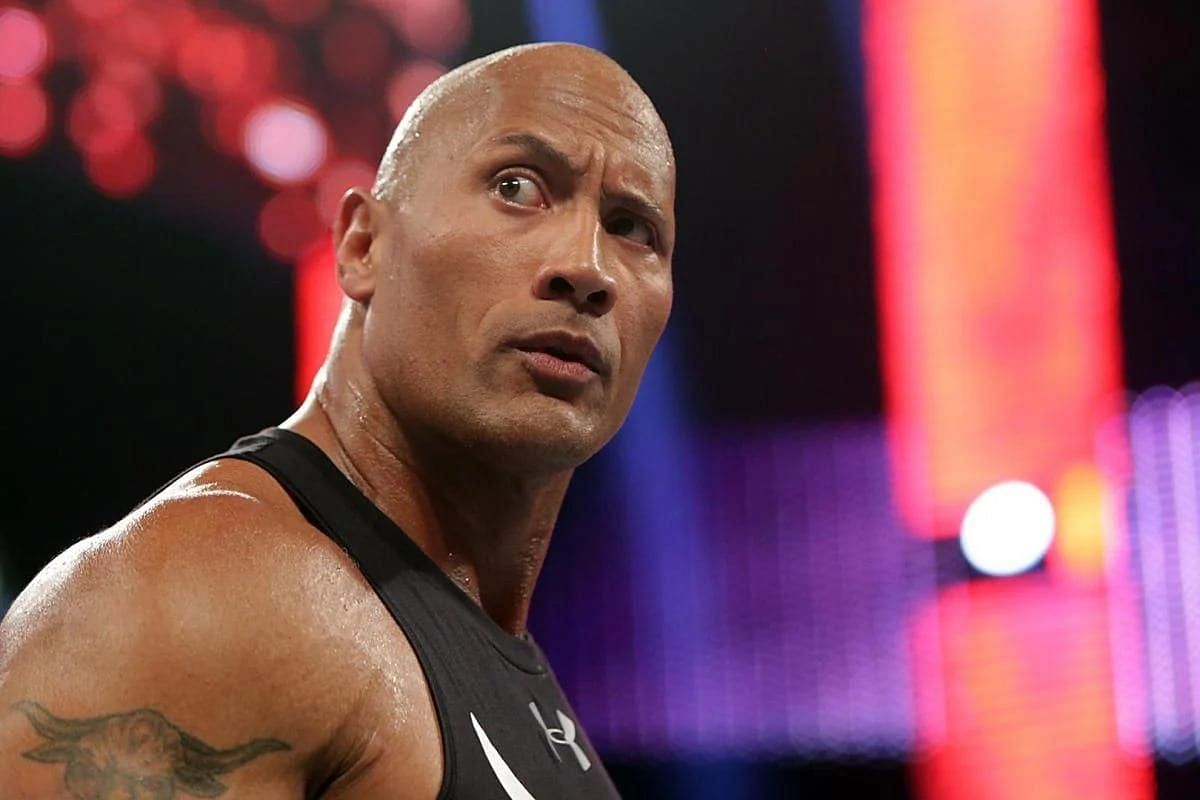 5 dream matches for The Rock in AEW

The Rock is recognized by the world as both a legend of the professional wrestling industry and at the Hollywood Box Office. Wrestling fans first laid eyes on The Rock 25 years ago at WWE Survivor Series 1996.

The People’s Champion has since carved a wrestling career filled with championships, marquee matches and iconic moments, naturally making demand for The Great One’s return at an all-time high.

It makes all too much sense for any wrestling return for The Rock to be staged with WWE, given his history and lineage with the company, and considering the prolonged dominance of his Bloodline kin, Roman Reigns and The Usos.

However, the landscape of wrestling has undergone such a significant shift in his absence, and no longer is WWE the sole destination for returning legends.

AEW has emerged as the primary WWE alternative for both fans and wrestlers alike, and has demonstrated this with acquisitions like Chris Jericho, Jon Moxley (Dean Ambrose), Adam Cole, Bryan Danielson (Daniel Bryan), and CM Punk.

While AEW represents an entirely new pool of competitors for the Rock, there is one foe from the past that lies awaiting. Following his return and not-so-aptly named Once in a Lifetime collision with John Cena, The Rock defeated CM Punk for the WWE Championship at the 2013 Royal Rumble event, retaining the title at the Elimination Chamber show.

Their eventual championship feud was years in the making, with Punk’s infamous “Pipebomb” promo and mic-work following targeting The Rock as a reason for his discontent within the company.

Fans have since grown accustomed to the pair’s knack for poking fun at one another; The Rock even called CM Punk during a dark segment on RAW three years after Punk walked away from the company.

Putting their history aside, The Rock and CM Punk represent two much-respected talents in the industry, both in-ring and on the mic.

A clash between The Rock and CM Punk within AEW would serve well as a conclusion to their trilogy, free of the directional boundaries they were stuck with owing to the scheduled Rock-Cena rematch at WM 29.

This award has been around since 1980.

Catch my charisma this Wednesday on @AEW 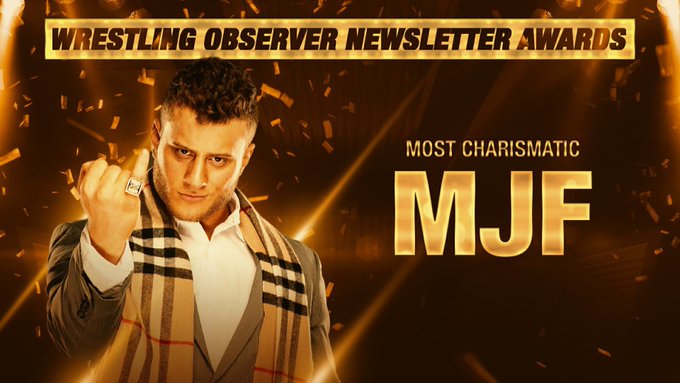 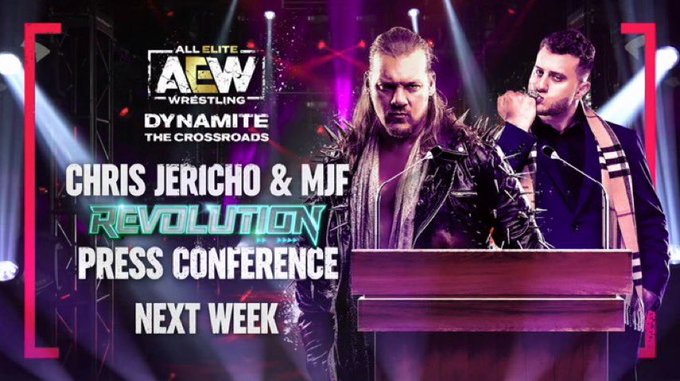 This award has been around since 1980.

Catch my charisma this Wednesday on @AEW https://t.co/kztfhdudyE

A cornerstone of The Rock’s success was his charismatic way with words, both when lambasting his opposition and when he was taking the time to remind the world of his talent. His charismatic penchant for comedic timing and expression shone through as he verbally ran circles around his peers.

In that respect, The Rock may well find a worthy challenger in MJF. The two both share in-ring talent and are capable of producing when the bell rings, but it is their mic skills that make this such a dream concept for fans.

MJF is currently embroiled in a feud with childhood hero CM Punk, and where other large names have seemed out of their depth against the former WWE Champion it would appear that MJF is not only capable of holding his own, but thrives in this environment.

Rock-MJF is a dream match for the promo work alone, with both men devoid of a filter and capable of crafting stories purely with their interactions.

#3 The Rock vs Jon Moxley

Throughout the Rock’s career he has stood opposite a wide variety of legendary adversaries. Names like John Cena, Triple H and Mick Foley have fallen to the People’s Champion, but the majority of fans will agree that the yin-yang rival for The Rock is Stone Cold Steve Austin.

Austin and Rock were two era-defining stars of their time, and their legacy is still felt to this day. But with Austin long-since retired, their chapter has well and truly come to a close.

Many comparisons have been drawn between former AEW World Champion Jon Moxley and Austin. Mox arrived in AEW by going straight for the top names in the company, beating the likes of Kenny Omega and Chris Jericho and cementing himself as the lone renegade always up for a fight.

Moxley and The Rock have an unresolved history. The the former was known as Dean Ambrose and ran roughshod through the roster with Seth Rollins and Roman Reigns as the SHIELD. During the championship feud between Punk and The Rock, the trio would attack the latter at the seeming behest of the former.

Although the People’s Champion overcame the odds to capture the championship, we would never see just desserts handed out to the Hounds of Justice. Instead of looking to the Tribal Chief, The Rock could return to wrestling with AEW and instead take on the SHIELD member who found solace outside WWE.

#2 The Rock vs Kenny Omega

Little did we know how important this moment was for all of us… twitter.com/CiaranRH2/stat…

At Power Struggle, Chris Jericho shocked the world by challenging Kenny Omega to a match for the IWGP US Heavyweight Championship!

At Power Struggle, Chris Jericho shocked the world by challenging Kenny Omega to a match for the IWGP US Heavyweight Championship!

Little did we know how important this moment was for all of us… twitter.com/CiaranRH2/stat…

Omega has garnered a reputation since his time with New Japan for being an exceptional performer between the ropes, and has shown on the web-series BTE (Being the Elite) and AEW TV that he has the character work and verbal skills to present the full package.

When discussing dream matches in AEW, Omega has become a sure-fire entry to the discussion thanks to his remarkable devotion to the craft in every aspect, and of course his ability to blow the socks off all the fans in attendance.

When you look at Kenny Omega and The Rock, they are both so different and yet so similar; both can be seen as instrumental to the changing landscape of wrestling during their respective eras. The Rock in AEW would be wasted if he didn’t see at least one bout between with The Best Bout Machine.

#1 The Rock vs Bryan Danielson

I would love to do a match with @TheRock based solely on how many times my daughter has made me listen to “You’re Welcome.” And then of course it’s stuck in my head and I sing it all day. 🙈🙈🙈

Whether operating as the leader of the Yes Movement, the somewhat questionably villainous eco-warrior or the professional wrestler who wants to beat everyone worth beating, Bryan Danielson (Daniel Bryan) is an absolute icon.

The American Dragon has battled many proven names in the industry, and added a litany of WWE icons to his back catalogue of victories during his tenure with the company. His in-ring work rate and ability is off the charts and it would prove to be a greater challenge finding a bad Bryan Danielson match as opposed to the contrary.

But so underrated is his character work, and the seeming ease at which he can absorb himself into a role. Bryan is capable of being an adored babyface or a maligned heel, and that added to his in-ring work rate means that he is a dream opponent for any a professional wrestler looking to cement their legacy.

The Rock and Daniel Bryan never had the chance to come to blows within WWE, and should fantasy play out and the concept of The Rock in AEW come to fruition, it would be a real shame if Tony Khan did not pull the trigger on this dream clash.