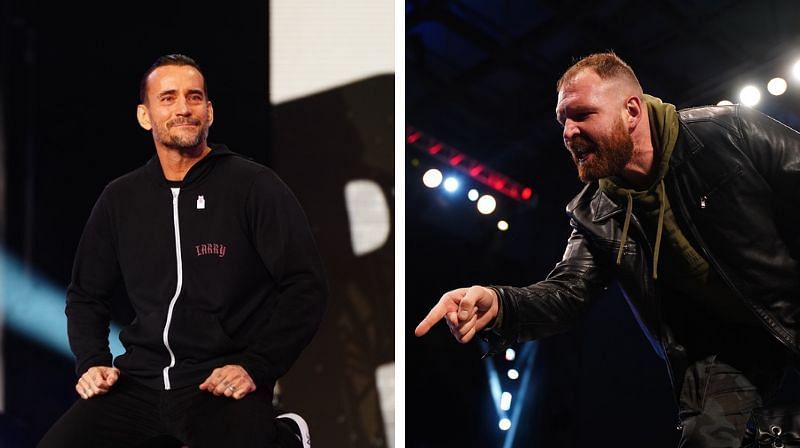 Over the last year, AEW hasn’t just snapped up some of the wrestlers of the future; they’ve also acquired several WWE legends. The likes of Chris Jericho, Bryan Danielson and CM Punk are among the most beloved stars in WWE history, and their departures have left a void in the company.

These performers have not only elevated the quality of the product but have also brought in several new viewers. AEW’s homegrown stars such as Darby Allin, MJF, and Eddie Kingston have benefited greatly from working with them and being exposed to a larger audience.

While there will eventually be a flow of talent the other way, WWE seems to be focused on trimming its roster for the moment. The company has cut over 80 wrestlers in the past year, including former world champions such as Bray Wyatt and Braun Strowman. Some of these releases have also found homes in AEW.

With that being said, 5 current AEW stars who are former WWE Champions:

Jon Moxley was one of AEW’s first high-profile additions and made an impactful debut at Double or Nothing, the first pay-per-view produced by the promotion. He made his way to the ring after the main event to attack both Chris Jericho and Kenny Omega.

The Purveyor of Violence initially made his name as part of The Shield. Once the group went their separate ways, he cashed in Money in the Bank on Seth Rollins to win the WWE Championship, just after the latter had won the title from Roman Reigns.

All three Hounds of Justice held professional wrestling’s biggest prize on the same night at Money in the Bank in 2016. However, Moxley had an underwhelming run as champion before he dropped the title to AJ Styles.

Paul Wight joined AEW in February 2021 after spending two decades with WWE. Even though he’s had a few matches, he’s primarily served as a commentator on the YouTube show AEW Dark: Elevation.

While Big Show never lived up to the expectations of those who expected him to become the second coming of Andre The Giant, he was a solid performer who was used in a large role. The former Big Show won the WWE (the then WWF) Championship for the first time at Survivor Series 1999 in a triple-threat match featuring Triple H and The Rock.

He won the title for a second time three years later when he defeated Brock Lesnar, with the assistance of Paul Heyman.

Arguably AEW’s biggest player, CM Punk, made a splash when he returned to professional wrestling for the first time in seven years. He hasn’t been thrust into the main event picture and has opted to slowly climb the ranks instead.

The Straight Edge Superstar defeated John Cena to win the WWE Championship for the first time at Money in the Bank in 2011. He won it for a second time at Survivor Series the same year and had an iconic 434-day run with the title.

WWE’s most beloved professional wrestler since Stone Cold Steve Austin, AEW scored big time when they signed Bryan Danielson. The American Dragon has returned to his roots as the ultimate grappler and has put on a series of incredible matches at his new home.

Danielson won the WWE Championship for the first time from John Cena at SummerSlam in 2013, even though he immediately lost the belt after Randy Orton cashed in Money in the Bank. His most iconic title win was at WrestleMania 30 after a satisfying storyline where he overcame The Authority.

The inaugural AEW World Champion, Chris Jericho is one of the greatest professional wrestlers of all time. Over his long career, he’s rebranded himself several times and kept himself relevant.

Jericho became the first Undisputed Champion in WWE history when he defeated The Rock and Stone Cold Steve Austin on the same night to unify the WWE and WCW Championships. He also went on to win the World Heavyweight Championship three times.