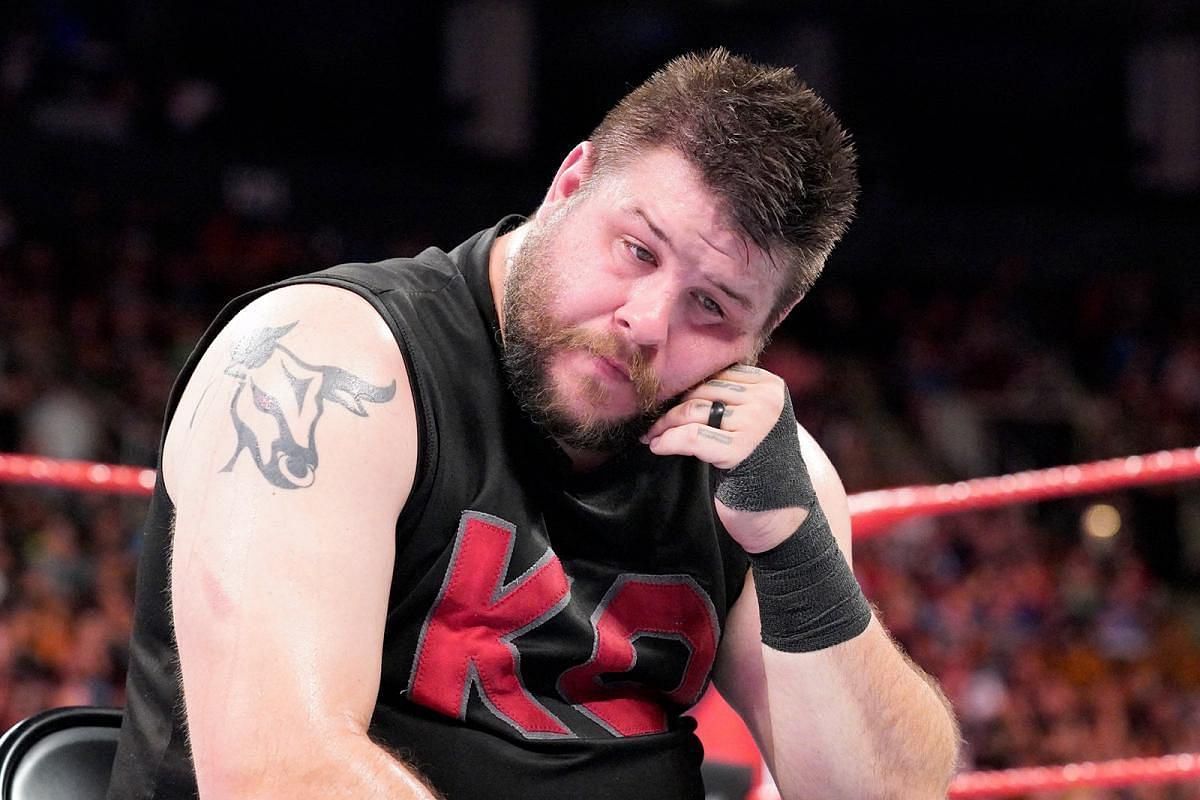 5 Best WWE Superstars who only had one world title reign

It should be noted that two of The Brahma Bull’s world title reigns were with the WCW Championship during the Invasion angle. If you count WCW titles to it, then Hulk Hogan can be added to the list with 12, while Ric Flair comes in with 8 (the remaining 8 were with the NWA World Heavyweight title).

However, some fans might be surprised to see a list of legendary and incredible superstars from the Golden Era to the PG Era who are highly-revered but only have one world championship reign in WWE.

This list looks at five of the best names in WWE to only have one world title reign in the company.

It’s hard to imagine that it’s been close to five years since Kevin Owens’ last WWE world title reign ended. Even his sole Universal Championship reign between 2016 and early 2017 happened due to Finn Balor’s injury at SummerSlam 2016.

Owens had incredible momentum in the summer of 2016, and he was chosen to be the second Universal Champion. His reign turned out to be the best part of the post-brand split era of RAW, with SmackDown normally being the superior show that year from a quality standpoint.

However, the end of his Universal title run turned out to be a disappointment, as it ended at the hands of Goldberg in 22 seconds at Fastlane 2017. As it turned out, that was the peak of his WWE career as he never enjoyed the same level of success again.

While he won the United States Championship from Chris Jericho at WrestleMania 33 soon after, he wouldn’t win another world title. He was a WWE or Universal title contender on multiple occasions since then, but he was never in a position to win.

As of this writing, Kevin Owens’ contract expires at the end of January 2022. There’s no news yet on whether he will re-sign with the company, or if he has even been offered a contract in the first place.

Technically, KO is a former world champion in a past promotion, but this list is restricted to WWE.

#4. The Ultimate Warrior – Only one world title reign in WWE that could have been two

While many WWE fans will dispute The Ultimate Warrior being on the “best” list, the impact that he had can’t be denied. He was far from the best worker in the ring, and he has been criticized by many of his fellow superstars.

However, Warrior’s legacy in the company is far beyond what he did in the ring. He belonged to an era in WWE where “cartoon”-like characters were all the rage.

He was a popular superstar, and his WWE title victory at WrestleMania 6 speaks for itself. At the time, The Ultimate Warrior was the Intercontinental Champion, and Vince McMahon saw him as the successor to Hulk Hogan‘s throne.

Surely enough, the coronation match ended with Warrior pinning Hogan clean to become the WWE Champion as well as the Intercontinental Champion (which he vacated soon after).

Surprisingly, this turned out to be The Ultimate Warrior’s only reign as world champion in the promotion. When he returned in 1992 at WrestleMania 8, the reported plan was for him to have another run with the WWE title.

However, the timing couldn’t have been worse, as the government crackdown on steroids in WWE was underway. Warrior was released as he was a known-steroid user.

He would unfortunately pass away the following day.

He would unfortunately pass away the following day. https://t.co/XFI65O4n6L

While the accounts on how his tenure ended in 1992 differ on who you ask, it’s still surprising that he only had one world title reign to his name.

On this day 24 years ago, @HulkHogan turned his back on #WCW & all his Hulkamaniacs, joining @RealKevinNash & Scott Hall as the “third man,” forming what became the #nWo!

Although Shawn Michaels and Bret Hart were the faces of WWE’s Golden Era, Vince McMahon targeted another superstar to fill that spot – Diesel/Kevin Nash. The 6’10” giant was McMahon’s prototype superstar. He started as the bodyguard of Michaels, and by late 1994, he captured the WWE title by beating Bob Backlund in a matter of seconds.

He would have a long reign as the WWE Champion that lasted for nearly a year. However, his reign is infamously referred to as the lowest-drawing period in the company’s history in terms of ratings.

Nash wasn’t a high-drawing world champion, although a lot of the numbers can also be chalked down to Vince McMahon’s promotion’s lack of direction that year.

His tenure with the company ended mid-1996 when he jumped ship and debuted in WCW two weeks after Scott Hall. It wasn’t long before Hulk Hogan joined The Outsiders and turned heel, forming The nWo in the process.

He would win the WCW World Heavyweight title five times, making him a six-time world champion overall. Despite his status as a top star in WWE, he only had one world title reign with the company.

Just a little reminder from one of the greatest #MITB
#DeanAmbrose #JonMoxley https://t.co/SZ0yb1AHAE

When looking at Jon Moxley‘s work in AEW, it’s hard to dispute that WWE didn’t utilize him to the best of his abilities. The man formerly known as Dean Ambrose is in a much better place now mentally, but there was a point when he was the iron man of Vince McMahon’s promotion.

In 2015 and 2016, few superstars on the roster wrestled as much as Ambrose did. With the resistance of the forced Roman Reigns babyface push, fans gravitated towards Dean Ambrose a lot more, making him the hottest babyface in the company in early 2016.

However, WWE didn’t capitalize on his momentum, and instead angered fans by using him to take the fall as Reigns stepped up to the main event of WrestleMania 32 – a spot that many felt Ambrose should have had instead.

However, he would still have his moment to shine in 2016 as he was carefully pushed and protected following his loss to Brock Lesnar in an underwhelming match at WrestleMania 32.

Not long after, he won the Money in the Bank briefcase and cashed in on Seth Rollins, who had just beaten Roman Reigns to become the new world champion.

Ambrose was the WWE Champion heading into the brand split and the 2016 Draft, and even after losing the title to AJ Styles, he remained one of the key figures to SmackDown’s critically acclaimed redemption that year.

Unfortunately for him, his story is just like that of many superstars. With the lack of direction and creative dissatisfaction, he simply lost his passion for professional wrestling – one that he regained with AEW.

The positive side of it is that Dean Ambrose left on his own terms. He admitted that he refused to even look at WWE’s extension offer and knew for a long time that he was calling it quits with the company. It’s still surprising that he only had one world title reign with Vince McMahon’s promotion.

#1. Eddie Guerrero – Did WWE plan another world title reign for him before his passing?

2004: #NoWayOut – Eddie Guerrero def. Brock Lesnar to win his one and only #WWE Championship #VivaLaRaza http://t.co/sKcfLyCPdm 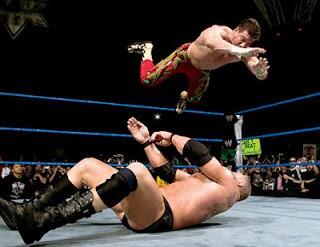 2004: #NoWayOut – Eddie Guerrero def. Brock Lesnar to win his one and only #WWE Championship #VivaLaRaza http://t.co/sKcfLyCPdm

Eddie Guerrero is one of the most beloved superstars in WWE history. Despite his tenure with the company only being between 2000 and 2005, the impact that he had on fans was unparalleled.

It wasn’t an era where it was common for WWE to have relatively smaller-sized Latino superstars as the world champion, but Guerrero changed that stereotype.

Many modern fans may not remember, but his WWE title victory over Brock Lesnar at No Way Out 2004 remains an all-time great moment in the company’s history.

Eddie Guerrero asked for the world title to be taken off him in mid-2004 as he saw the declining ratings on SmackDown and took it personally. In the process, he elevated JBL into main event status, with the latter also having only one world title reign in the promotion.

Guerrero was scheduled to be a part of a triple threat match between Batista, Randy Orton, and himself. There were reports that he was scheduled to win the World Heavyweight title, but The Animal disputed these claims later on.

Be that as it may, the latter’s injury late 2005 made him vacate the World Heavyweight title, and Eddie Guerrero may have been in a prime position to win it. However, it’s only speculation at this point, and none of it matters in the grand scheme of things, especially considering how his life tragically ended in November 2005.