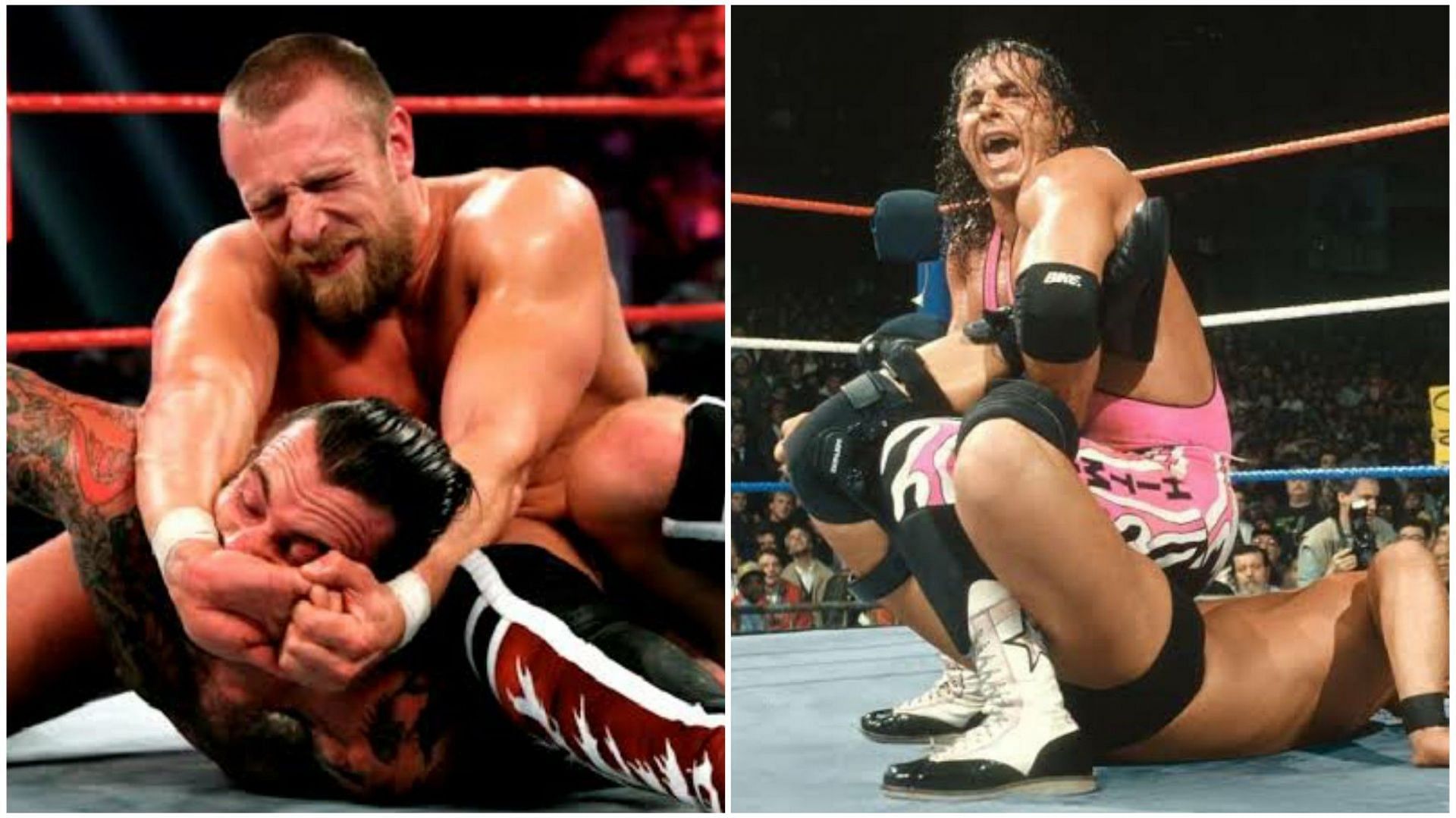 Throughout its history, WWE has seen a range of expert technical wrestlers ready to torment their opponents with painful submission moves. Professional wrestling’s affinity for submissions is a reminder of its Catch Wrestling origin.

Submissions help to either immobilize a particular limb or part of the receiver’s body, at times weakening it enough for the receiver to submit via shouting to the referee or tapping out three times in quick succession. 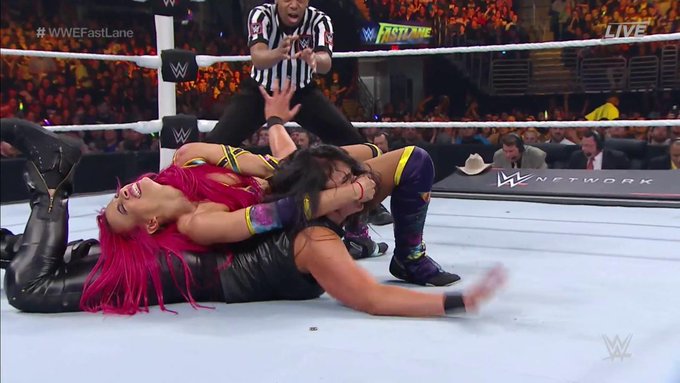 Many WWE Superstars are armed with a submission finisher alongside their regular finisher. Roman Reigns uses a guillotine choke from time to time, but the Spear is still his regular way to end matches. However, for some, the submission finisher is their main key to victory.

This is a list of 5 submission specialists in WWE history.

Taz just brought back the TAZZMISSION!!!👀

Taz just brought back the TAZZMISSION!!!👀

Tazz’s WWE debut was a memorable moment. He defeated the then-undefeated Kurt Angle in his debut match for their company. The spectators were soon pleased by the continuation of Tazz’s ECW wrestling style, which included two major components: suplexes and submissions.

Tazz was an important part of the Invasion storyline. He acted as the voice of the Alliance for quite some time, before leaving the faction during the lead-up to the team’s Survivor Series match against Team WWE.

Tazz didn’t achieve much success in WWE, and he soon transformed into a commentator. After leaving WWE, Tazz continued performing announcing duties for TNA. He currently works in AEW, as a commentator and the manager and leader of Team Taz.

Tazz defeated Kurt Angle in his debut WWE match, but Angle didn’t lose his form and went on to become one of the greatest sports-to-professional wrestling success stories ever. He won world championships in multiple promotions and retired as an undisputed legend.

Ken Shamrock originally used the Ankle Lock in WWE and when he returned to MMA, Kurt Angle grabbed the opportunity to make the Ankle Lock his own. Much of his WWE success was built upon him submitting his opponents with the hold.

Many great competitors were forced to submit to the Ankle Lock, with Angle using the famous submission hold to defeat the likes of John Cena, Edge, and even Hulk Hogan! 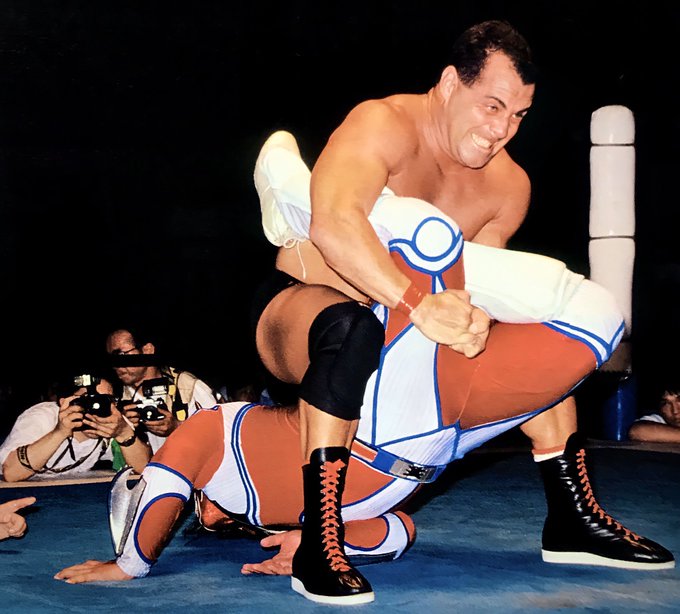 Dean Malenko currently plies his trade in AEW, but he had a surprisingly long career in WWE before leaving for the Tony Khan-led promotion. He joined WWE in 2000. When he retired as a wrestler the next year, he remained as a road agent for the next 18 years.

Malenko’s expertise in technical wrestling is widely known, and he wasn’t known as the man of 1000 holds without reason. While the Texas Cloverleaf was his favored submission hold, he was able to dismantle and defeat his opponents with countless other holds. He did so with an ice-cold mentality, leading to him being termed “The Iceman.”

Getting a taste of his own medicine! http://t.co/ItR3m50Arb 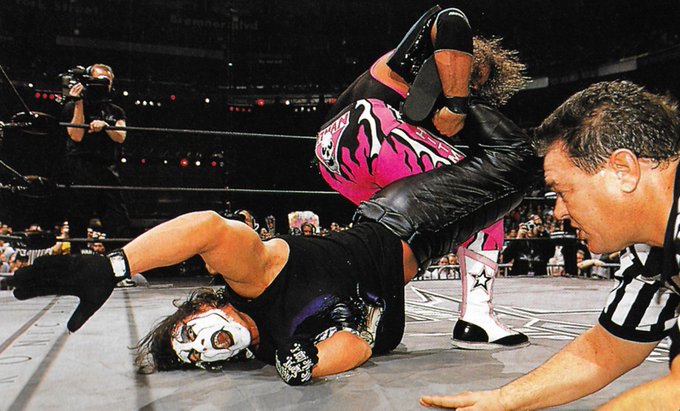 Getting a taste of his own medicine! http://t.co/ItR3m50Arb

WWE and “The Hitman” weren’t on the best of terms for a decade, but since the reconciliation, Hart has been hyped by the company as one of their greatest legends ever.

The Excellence of Execution is well-known for his range of submission moves, most of them learned through tough sessions at the Hart Dungeon. Sharpshooter, originally innovated by Riki Choshu, is the most prominent of the moves.

The most popular image of Hart’s career, of him applying the Sharpshooter on a bleeding Steve Austin, also took place in a submission match.

Many other superstars have added the Sharpshooter to their arsenal, including The Rock, but no one executed the submission like The Hitman!

After the match Daniel goes after Edge and Roman Reigns. Daniel puts Roman in the Yes Lock and has to be pulled off 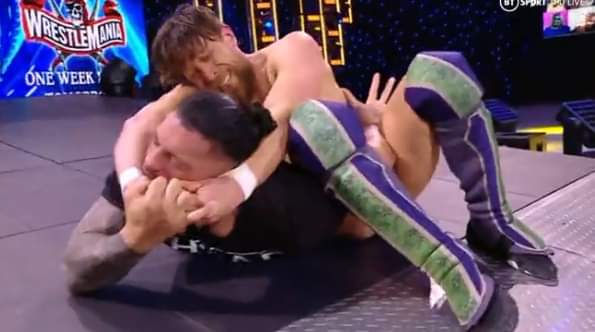 After the match Daniel goes after Edge and Roman Reigns. Daniel puts Roman in the Yes Lock and has to be pulled off

After an amazing WWE fans over a lengthy run, Bryan is currently showcasing his best in-ring work in AEW, where he has already faced the likes of Minoru Suzuki and Miro. He’s readying himself to challenge the brand-new AEW World Champion Hangman Page, and he’ll definitely bank on his exceptional ground game to gain the upper hand over the beloved babyface.

In his WWE career, Bryan mostly used the Yes Lock to finish his matches, including the main event of Wrestlemania 30. Of course, he had other submission moves in his arsenal, including the Cattle Mutilation and the Heel Hook, the latter of which he used during his run as the Planet’s Champion. His in-ring excellence and expertise in holds boosted his meteoric rise from a ‘rookie’ to a permanent upper-card superstar.