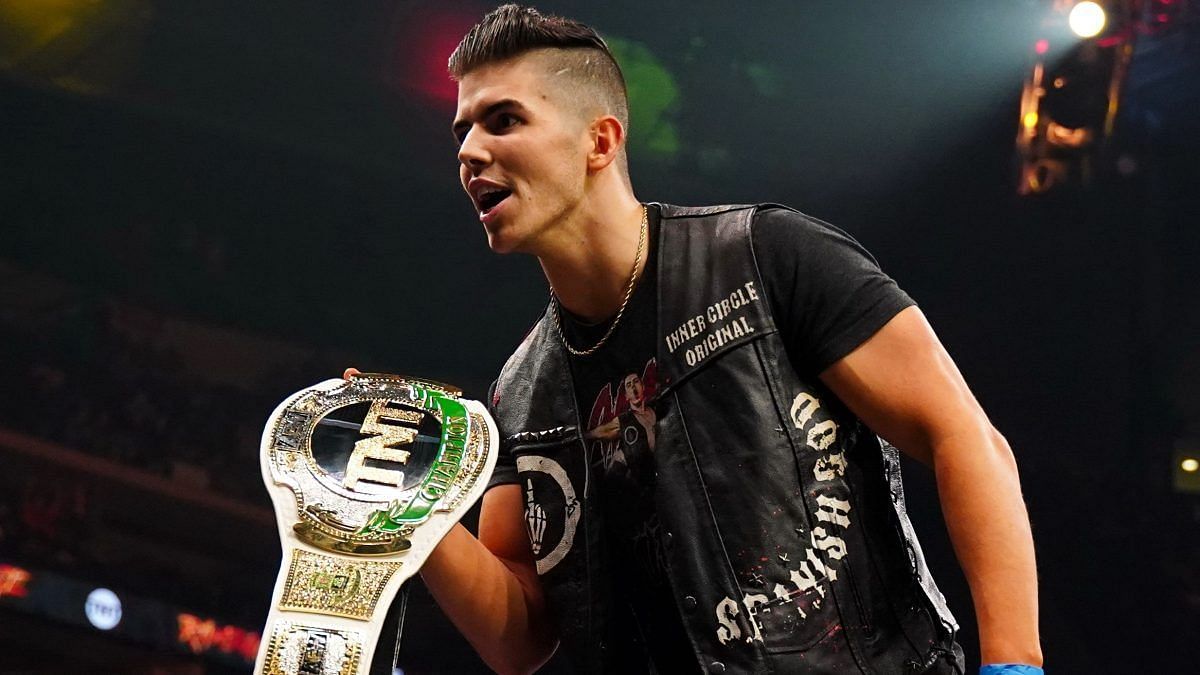 AEW has seen the rise of Sammy Guevara from a relative unknown rookie to one of the most popular wrestlers in the company. As one of the four pillars of AEW, his meteoric rise has gone hand-in-hand with the promotion’s success. The Inner Circle member is also currently the TNT Champion, having won it from Miro back in September.

Through his regular open challenges on AEW television, Sammy Guevara has successfully defended the title against the likes of Ethan Page, Jay Lethal and most recently, Tony Nese on AEW Rampage. While the matches have been fun and displayed the Spanish God’s athleticism, his reign has been hurt by the lack of compelling rivals.

It didn’t help that he was also entangled in a feud between The Inner Circle and the American Top Team during this time which made him a secondary character. Sammy hasn’t had a chance to forge his own path and properly establish himself as a singles competitor despite being TNT Champion.

Looking down the roster, there are myriad potential challengers that can give Guevara a great storyline rivalry. Here are our top picks for contenders who can challenge for the TNT title.

The Pinnacle’s Wardlow tops the list. As the hired muscle for MJF, he has mostly played second fiddle throughout his AEW career. Other than his debut cage match against Cody Rhodes in 2020, or the debacle that was the MMA Rule Cage fight against Jake Hager, Wardlow hasn’t had the opportunity to prove himself.

Wardlow’s has amazing potential for all to see. His size, intensity and menacing aura would make him a great opponent for Sammy Guevara, similar to Miro. They have also gone to war numerous times during the Inner Circle-Pinnacle rivalry earlier this year so they are certainly aren’t strangers. With Wardlow’s strength and Sammy’s speed, the matches promise to be a great clash of styles. It can also be a chance for Wardlow to show AEW’s higher-ups and fans what he can do with a bigger push.

AEW has been teasing Wardlow turning on MJF eventually for a while and what better way to set the ball rolling than a dominant win to become the new TNT Champion. Regardless, keep a lookout for Wardlow to break out in 2022. 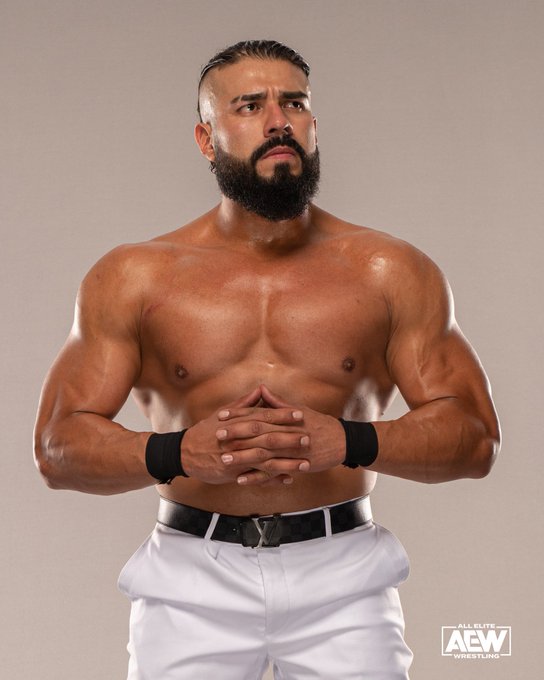 AEW has seen a raft of former WWE Superstars join their ranks in 2021. Andrade El Idolo came in with hype and credentials as a former NXT champion. However, he has been overshadowed by higher-profile debuts and is floundering amongst a stacked roster.

He most recently entered into an offshoot rivalry with Cody Rhodes through an association with Malakai Black, which culminated in a brutal Atlanta Street Fight (flaming table, anyone?). There were also a series of outstanding matches against PAC.

But the best way to bring Andrade back to prominence is to have him challenge Sammy for the TNT title. He is a great in-ring worker that will work great opposite the Spanish God, they can even reference their Latino connection for some intriguing promos.

Eddie Kingston is the heart and soul of AEW. After his epic promo and battle with CM Punk at Full Gear, his momentum is now at an all-time high. The fans love him and what he needs now is to capitalize on that support and goodwill to win his first championship in AEW.

While a babyface vs babyface match might split the audience, it can also create a great atmosphere as the crowd won’t be able to easily predict the finish. Even if Eddie falls short, the rivalry will create a bigger star out of Sammy Guevara. So either way, it’s a win-win. 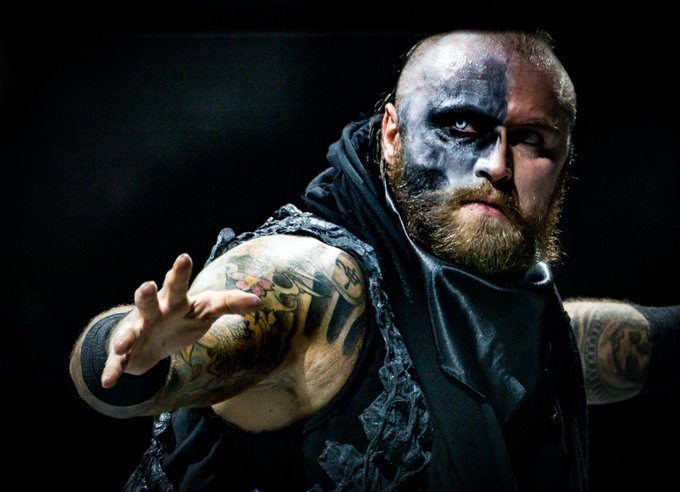 AEW’s ominous being Malakai Black would certainly make an interesting opponent for Sammy Guevara. It’s definitely a step up in competition for the young champion.

The leader of the House of Black has been well booked since his debut, dominating Cody Rhodes and the entire Nightmare Family in the process. Now it’s time for Black to ascend to the next level by capturing some gold. As the TNT Champion, he can hold the title hostage while a host of babyface challengers chase the man from Amsterdam.

For Sammy, defeating Black will be a great feather in the cap for his title reign, a signature victory that increases his stock. 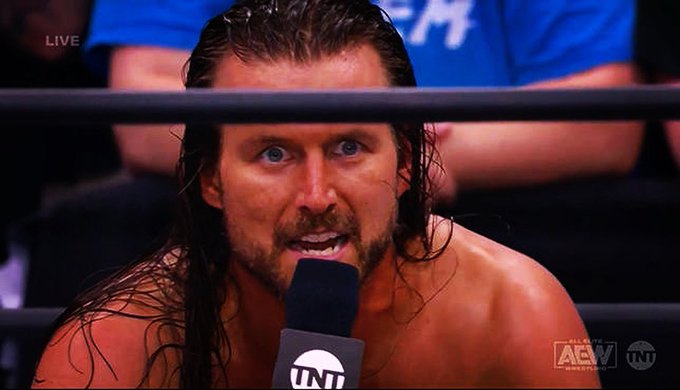 It’s all about that BOOM! Our number one pick for TNT Championship contender goes to Adam Cole. One of the biggest signings to come from WWE, Adam Cole has made himself at home in AEW. Linking up once more with his Elite buddies, the Young Bucks, they formed the SuperKliq and have had battles with the Jurassic Express and Christian. With Kenny Omega now out of action due to injuries, one might argue that he should be challenging for the AEW World Title against Adam Page instead.

While that makes storyline sense, Adam Cole could benefit from a run with the secondary belt to build up his legacy in AEW. He did the same thing in NXT, winning the North American Championship first, before going after the top guy.

Imagine the amazing matches that can go down between Sammy Guevara and leader of the SuperKliq. His battles with Jungle Boy have been fun television but ultimately, Adam Cole deserves a bigger spot on the roster, especially as he is a top star coming from NXT. With his in-ring skills, charisma and credibility with the audience, he can provide the biggest test of Sammy’s TNT title reign.