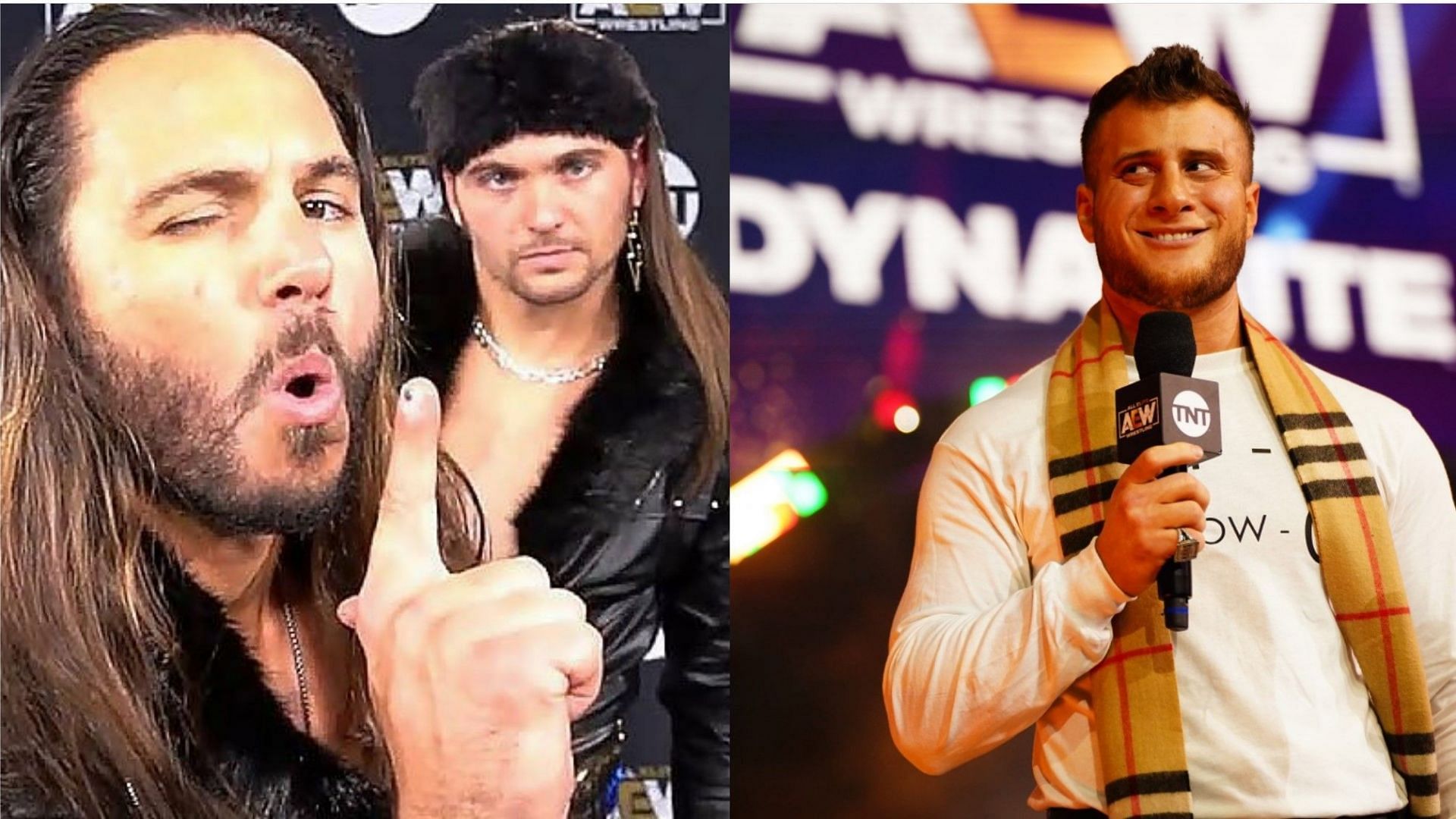 4 AEW rumors we hope are true and 1 we hope aren’t: Massive update on The Young Bucks’ contract, WWE’s interest in MJF revealed, and more

Welcome back to another exciting edition of AEW rumors that we hope are true and those we hope aren’t.

Over the past week, we have come across multiple reports suggesting an update over The Young Bucks’ contract with Tony Khan’s promotion.

And speaking of contracts, Johnny Gargano’s current extension with WWE has created speculation about whether he will leave the former Black and Gold brand sometime in December.

His contractual situation appears similar to the one Adam Cole had before he left the company. There’s a very good chance that War Games on December 5th could be his last match with the company.

We’ll discuss in detail the reports that surfaced surrounding that and a few other rumor stories from this week.

#5 Hopefully true: The Young Bucks has signed a new deal with AEW

Nick and Matt Jackson have been prominent figures in AEW since its inception, and if the reports swirling are any indication, the brothers will stay with the promotion for much longer than expected.

Dave Meltzer of Wrestling Observer Radio recently reported that The Young Bucks have signed a long-term deal with AEW, which will keep them with the company through at least 2026.

We hope this rumor turns out to be true since there’s specifically no reason for them to leave Tony Khan’s promotion in the future. The Jackson Brothers are enjoying considerable backstage power, given their status as Executive Vice Presidents.

Moreover, they’ve had an impressive run in promotion thus far, featuring in almost all pay-per-view matches. They’ve even had a lengthy run with the AEW World Tag Team Championships, which recently ended at 302 days, and they are two of the most important figures and faces of All Elite Wrestling.

Although The Young Bucks have uploaded a rumor killer bio regarding their contracts, we all know they love teasing wrestling fans.

Personally I don’t want him in AEW, I NEED HIM IN AEW 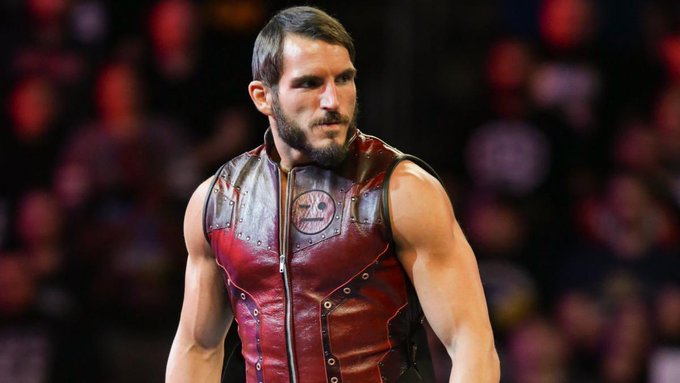 Personally I don’t want him in AEW, I NEED HIM IN AEW https://t.co/GAyeeGstIW

His contract status has become a widely discussed topic these days, especially after reports indicated that his deal would expire on December 3rd this year. Updated reports have stated that Gargano has now signed a one-week extension with the company to compete in the upcoming NXT WarGames event on December 5th.

Dave Meltzer noted that WWE offered a multi-year deal to Gargano, but the latter ended up signing an extension, which most likely means he’s exploring options. Though the situation isn’t as open and shut as it was for Adam Cole a few months ago, Gargano is yet to reach an agreement.

Gargano may not have agreed to a long-term deal with WWE yet, but we hope he stays with NXT. It is no secret now that AEW holds the most stacked roster in pro wrestling today, even surpassing WWE.

As talented as Gargano is, he will quickly get lost in the shuffle if he ends up joining Tony Khan’s promotion in the near future.

Moreover, Gargano has been booked incredibly based on his potential, given that he quickly became one of the most popular commodities of the NXT 2.0. The company may even decide to move him to the main roster if he stays with them.

It looks like AEW is planning to revisit one of the most gruesome rivalries between the two top-tier women next year.

During a recent edition of Wrestling Observer Radio, Dave Meltzer reported that the company could book a rematch between Dr. Britt Baker and Thunder Rosa, possibly for the women’s title. While nothing is set in stone yet, reports suggest that the bout could go down at next year’s Revolution pay-per-view.

We hope this rumor turns out to be true, knowing that chapter I between Baker and Rosa was so captivating that it revolutionized the women’s division. Both women previously fought in an unsanctioned Lights Out match that saw barbarity at its best.

It’s worth recalling that Baker won that match, and months later, she went on to become the AEW Women’s Champion. Meanwhile, the Mexican star is still looking to reach the pinnacle of her career. The company can now book Rosa as a legitimate challenger to dethrone Baker at Revolution next year.

#2 Hopefully true: AEW star Riho was unhappy over her elimination from battle royal at All Out pay-per-view

Fightful Select recently reported that AEW’s Riho felt disappointed and was emotional backstage over her elimination from the battle royal that went down during All Out in September.

It is surprising to learn that she was eliminated from the match, despite not being thrown over the top rope, which is a primary rule of the battle royal. Considering the botch that occurred that night, the company decided to turn it into a storyline pitting Riho against Dr. Britt Baker.

Riho’s frustration is justified, which is why we hope this rumor is true. Moreover, the company’s decision to give the Japanese star a shot at the women’s championship speaks volumes about how they care about their employees. Riho probably wouldn’t have gotten the same opportunity if she had been wrestling for any other promotion like WWE. 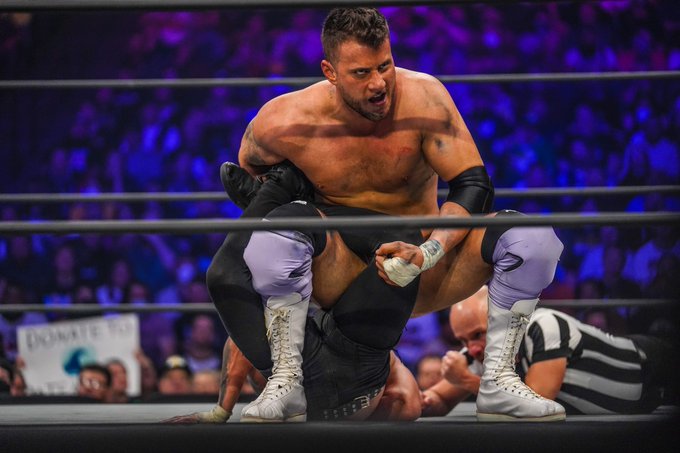 MJF is unlikely to leave AEW anytime soon if the reports swirling are any indication.

During the latest edition of Wrestling Observer Radio, Dave Meltzer revealed that he recently spoke to Mr. Friedman about his plans. Given how the conversation went down, Meltzer doesn’t think the 25-year old star is going anywhere other than AEW once his current deal expires.

The wrestling journalist also noted that WWE doesn’t usually offer ridiculous offers to any stars who, in their opinion, haven’t been a big deal in the business:

“I had a conversation with him about it and I don’t think he is going anywhere. I mean, if the deal, the financial deal, was really ridiculous by WWE, but who knows what they’re thinking in 2024. They usually don’t give ridiculous deals to someone who has never, in their mind, been a big deal. I could see there being a big bidding war. It’s just a question of how high they’re willing to go. I wouldn’t say he’s locked into AEW, but all things being equal, he won’t be leaving AEW,” said Dave Meltzer.

We hope this rumor turns out to be true since MJF has all the credentials in the world to become AEW’s mainstay and carry it into the future. Though WWE could be a massive opportunity for him, we’ve all witnessed that outsiders have remained underutilized to this day.

With tenuous job security under Vince McMahon’s promotion, considering the set of mass releases over the years, MJF would be making a mistake in risking taking his talent elsewhere other than AEW.

Meanwhile, Tony Khan has fully utilized The Pinnacle leader, at least according to his potential thus far. He may not have broken into the main event scene yet, but it doesn’t seem like a far distant possibility considering his swift rise.

Do you think AEW will try to see Johnny Gargano? Do you want MJF to stay with AEW for years and eventually become the face of the franchise? Share your thoughts in the comments section below.