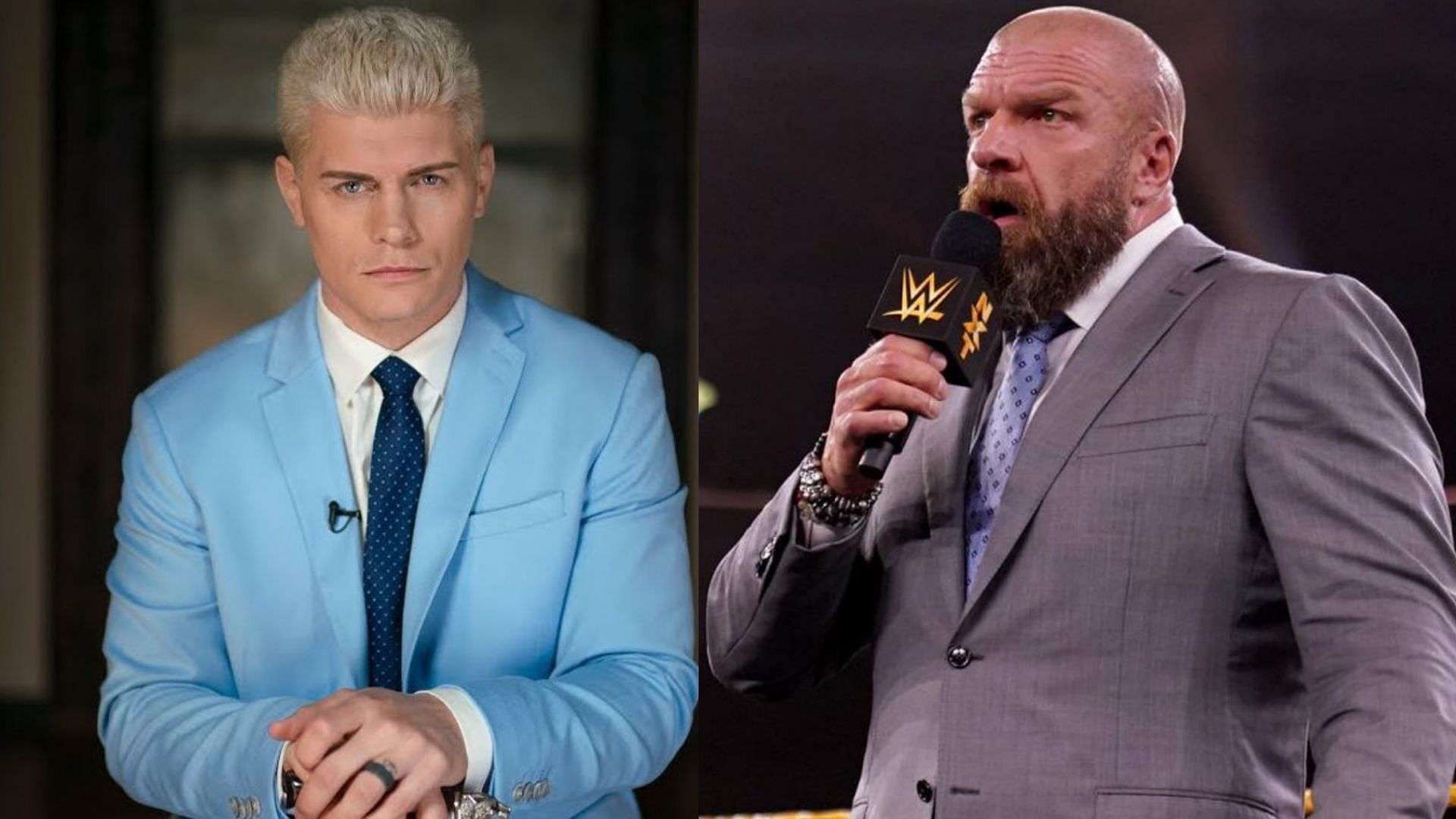 AEW wrestler Cody Rhodes can’t seem to stop himself from referencing WWE legend Paul Levesque a.k.a Triple H every chance he gets. On the latest episode of AEW Dynamite, the second-generation star was in the main event against Andrade El Idolo.

It was billed as an Atlanta Street Fight and since this is Cody’s hometown, AEW’s Executive Vice President (EVP) wanted to pull out all the stops. It was a violent affair featuring blood, brawling and even a scary final spot when Cody delivered an inverted suplex off the top rope through a flaming table for the victory.

But eagled-eyed fans also noticed some rather obvious nods towards the King of Kings in the match. Viewers have always compared the young Rhodes to Triple H as both of them essentially carry out the same EVP role for their respective companies.

Other than occupying executive positions backstage, Rhodes’ marriage to Brandi Rhodes, who is the Chief Brand Officer for AEW, draws parallels to the Cerebral Assassin’s relationship with Stephanie McMahon as well. Cody has never shied away from the comparison, even acknowledging Triple H as his role model.

But this is not the only time Cody has leaned into the connection with The Game. Here are all the times he has referenced Triple on AEW television. 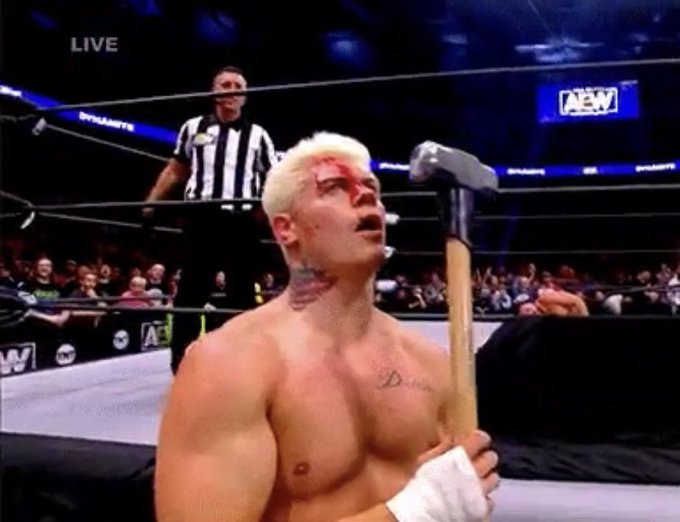 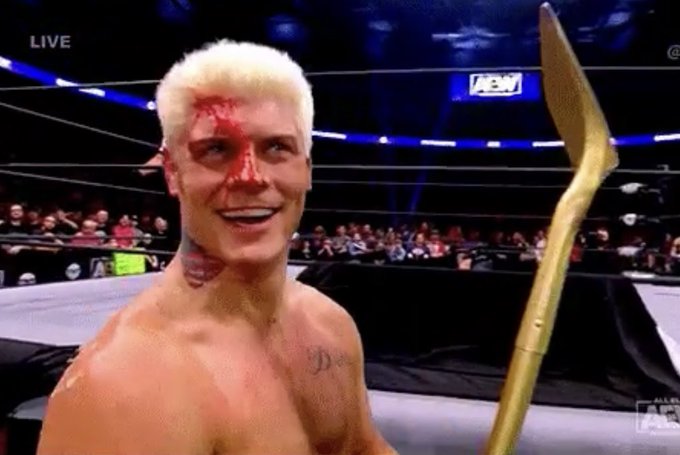 During the Atlanta Street Fight main event with Andrade El Idolo, Cody Rhodes proceeded to pull out a sledgehammer and then a golden shovel from under the ring. The sledgehammer is of course the weapon of choice for Triple H, having utilized it to great effect throughout his legendary WWE career en route to winning multiple world titles.

The golden shovel, on the other hand, is a hilarious and rather on-the-nose nod to The Game’s backstage reputation for seemingly burying a number of wrestlers’ careers. Fellow AEW wrestler CM Punk famously called Triple H out for holding him back throughout his WWE run.

#2 Cody teases the pedigree in a match with Malakai Black

Cody and Malakai have been feuding for the past few months, and in October Cody finally picked up a win over Malakai with another almost nod toward Triple H.

Toward the end of the match, Cody shoved Malakai between his legs and hooked both arms before smiling at the live audience. The audible gasps in the arena signaled that the crowd understood what he was teasing. The pedigree, made famous of course by Triple H. It would have been an excellent way for Cody to turn into a villain that night. But alas, he changed course and delivered a Tiger Driver 98 instead for the victory. What a troll! 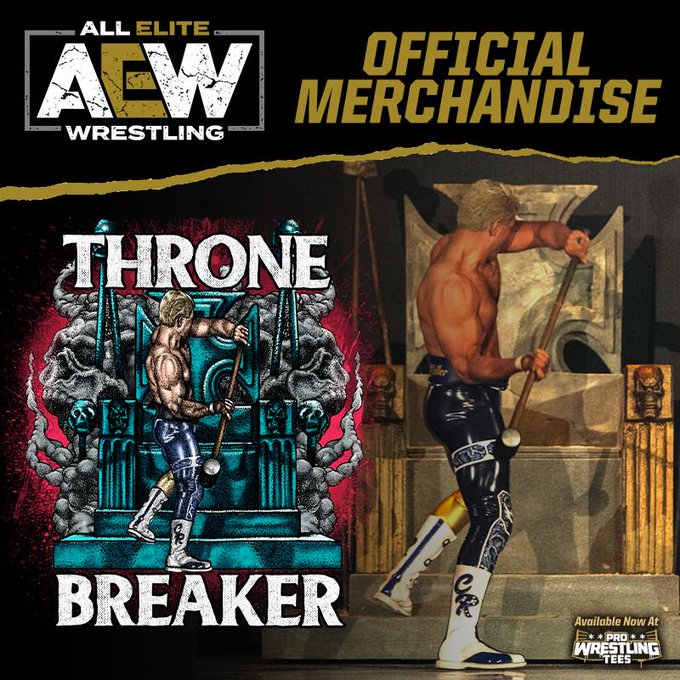 AEW Double or Nothing in 2019 was the very time when Cody Rhodes referenced Triple H. He faced his brother Dustin Rhodes in a critically-acclaimed match which immediately put the wrestling world on notice.

But during his entrance, Cody and Brandi Rhodes walked down the ramp, pulled out a sledeghammer from underneath the ring and motioned back to the stage. A throne emerged that looked suspiciously similar to Triple’s epic Conan, the barbarian entrance at Wrestlemania 22 in 2006. He then delivered a smash heard around the world, destroying the throne and opening the first salvo in a new wrestling war.

While the whole segment might come across as overly theatrical, there’s no denying that AEW’s growth in the last couple of years has been exponential ever since. All of this can be traced back to this one night where Cody channeled first his inner Triple H.