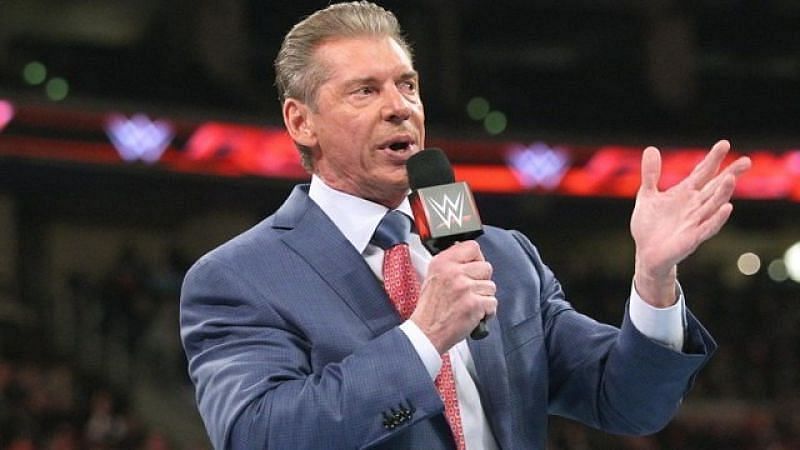 Jeff Hardy has enjoyed an illustrious career with Vince McMahon’s brand and has held the WWE championship on three occasions. He’s also had three different tenures with the company.

But the high-flying superstar, who has not managed to get a hold of a major title since 2009, said that Vince McMahon is someone he has never pitched an idea to.

The former WWE champion has been hailed as one of the most innovative minds in the promotion. Starting with his in-ring moves to the colors on his face, the athlete has always gone out of the box while representing his character.

On a recent episode of Broken Skull Sessions with Stone Cold Steve Austin, Hardy revealed that he never went to Vince McMahon to talk about his ideas. Instead, it has always been Michael Hayes who Hardy spoke with about what he thinks.

I’ve never pitched one idea to Vince. I’ve never. I always go to Michael Hayes usually when I have an idea that I feel really passionate about… because he’s got a great mind for it.”

Jeff Hardy and his brother Matt Hardy faced off in an Extreme Rules match at WrestleMania 25. Jeff, who ended up on the losing side, was unhappy about the the lack of time the match received which provoked him to react angrily backstage. 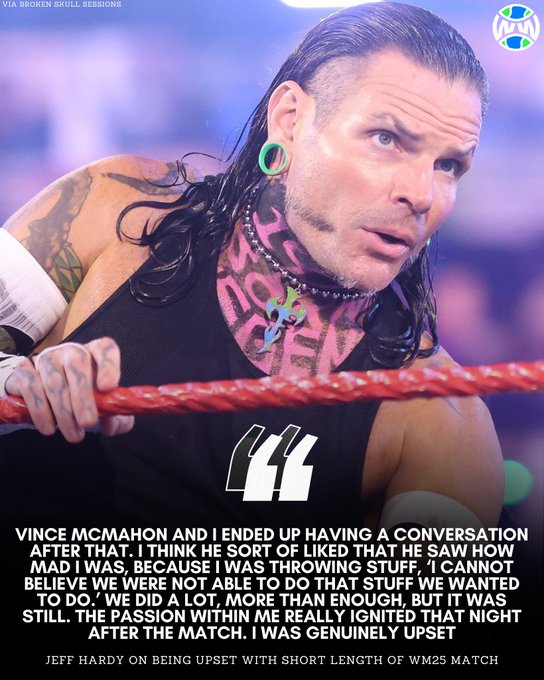 Jeff Hardy was ‘genuinely upset’ with his Wrestlemania 25 match versus Matt Hardy 😬 https://t.co/ukTZf1AbrT

The 44-year-old voiced his frustrations with Vince McMahon but felt that the man at the helm of the brand was pleased to see the superstar go mad and throw things around backstage.