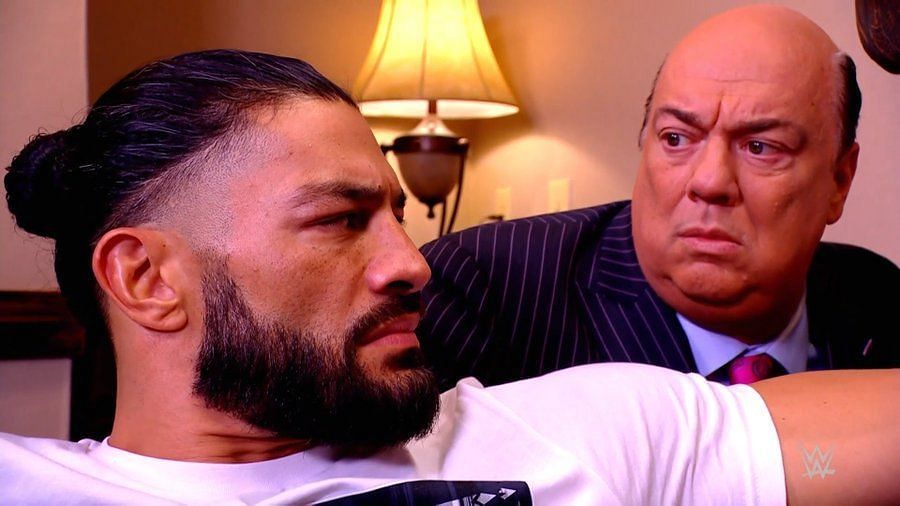 Paul Heyman and Roman Reigns have been aligned together since the SmackDown before Payback 2020. Reigns had only returned to WWE after over five months away at SummerSlam 2020, and when he did, it was at the expense of Braun Strowman and then-newly crowned Universal Champion ‘The Fiend’ Bray Wyatt.

RT if you’re still trying to process this, too. 🤯

RT if you’re still trying to process this, too. 🤯

While his attack on both men led many to believe that he finally turned heel, his alliance with Heyman confirmed it. They have now been together for close to a year-and-a-half, and Paul Heyman’s role with Roman Reigns is different to what it was with Brock Lesnar.

While he was Lesnar’s advocate, he serves as the special counsel to The Tribal Chief. But ever since Brock Lesnar’s return to WWE at SummerSlam 2021, there have been several moments where Heyman has teased returning to his old client.

It seems inevitable that at some point, either Paul Heyman will betray Roman Reigns, or The Tribal Chief will simply dispose of his special counsel member. Here are a few reasons on both sides of the coin favoring a Heyman betrayal, and a couple against it.

#3. Should: WWE has been teasing Paul Heyman’s alliance with Brock Lesnar for too long now

“You know what to do!” – @HeymanHustle 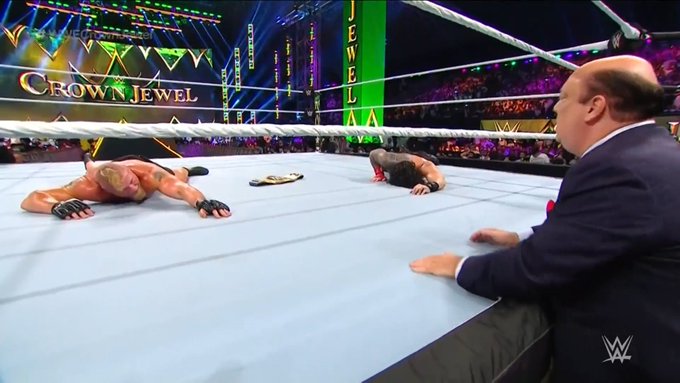 “You know what to do!” – @HeymanHustle

Ever since SummerSlam 2021, Paul Heyman has been under scrutiny by Universal Champion Roman Reigns, who questioned his loyalty on numerous occasions. Stating that he pays Heyman to get information beforehand, he was outraged at the fact that he didn’t know that Brock Lesnar would appear at SummerSlam 2021 following his win over John Cena.

Since then, we’ve seen teases of Paul Heyman wanting to re-unite with Lesnar, and that reached its peak at Crown Jewel 2021. While Heyman seemingly threw the Universal title in the ring to help Brock Lesnar, it was Roman Reigns who picked it up before hitting The Beast Incarnate with it and using a bit more assistance from The Usos to get the victory.

That seemed to be the ultimate moment where he was about to betray Reigns, but it backfired. Roman Reigns seemed furious about it the following night on SmackDown, but after that, things cooled off and it was largely forgotten about.

Since then, Brock Lesnar got suspended and his name has been fleetingly used on the blue brand. WWE has teased Paul Heyman’s betrayal of The Head of the Table for far too long to not go through with it.

Roman Reigns and Paul Heyman isn’t a combination that one expected to see even a few years ago. Looking back, the idea of WWE ever turning Reigns heel seemed impossible.

It appeared as though Vince McMahon wanted to go the John Cena (and previously Hulk Hogan) route by never turning him heel, but the circumstances were entirely different. The pandemic and the lack of crowds provided WWE with the opportunity to try something different, and Roman Reigns requested for a heel turn – something he claims he always wanted to do.

Interestingly enough, Heyman isn’t The Tribal Chief’s mouthpiece the way he was for Brock Lesnar. It’s an entirely different dynamic, and it’s worked perfectly so far.

This point goes by the logic “If it isn’t broke, don’t fix it”. While Paul Heyman and Roman Reigns will inevitably part ways, the alliance has worked to both men’s favor and it helped give Heyman a less monotonous on-screen role, as he seemingly cut the same promo with The Beast Incarnate for eight years straight.

#2. Should: Paul Heyman’s betrayal is the ideal way to get to WrestleMania 38

Tickets for #WrestleMania 38 – the most stupendous two-night @WrestleMania in history are on sale now! ms.spr.ly/6010kZB2w 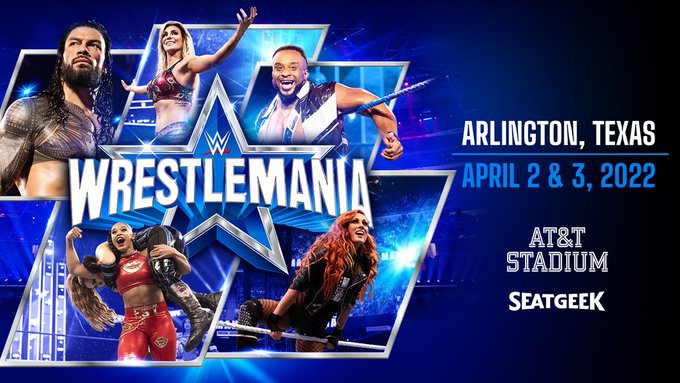 Tickets for #WrestleMania 38 – the most stupendous two-night @WrestleMania in history are on sale now! ms.spr.ly/6010kZB2w https://t.co/0BWoLZLOmX

Paul Heyman seemed to be among the three central figures in the Roman Reigns-Brock Lesnar feud before Crown Jewel 2021. It made a lot of sense, as he was Lesnar’s client, and while they never officially parted ways on-screen, the awkwardness and discomfort played into the storyline.

With that said, the direction seems clear – WWE is going to have a third WrestleMania main event between Roman Reigns and Brock Lesnar. The first time was 2015, the second was 2018, and the third will be 2022. This isn’t including the numerous matches they’ve had at Saudi Arabia and even at SummerSlam 2018.

While fans would have liked to see Reigns vs. The Rock more, all suggestions and rumors seem to indicate the fact that the company is planning that for WrestleMania 39 in Hollywood, if they can actually get The Brahma Bull to commit to it.

A road to #WrestleMania we’d love to see one day… 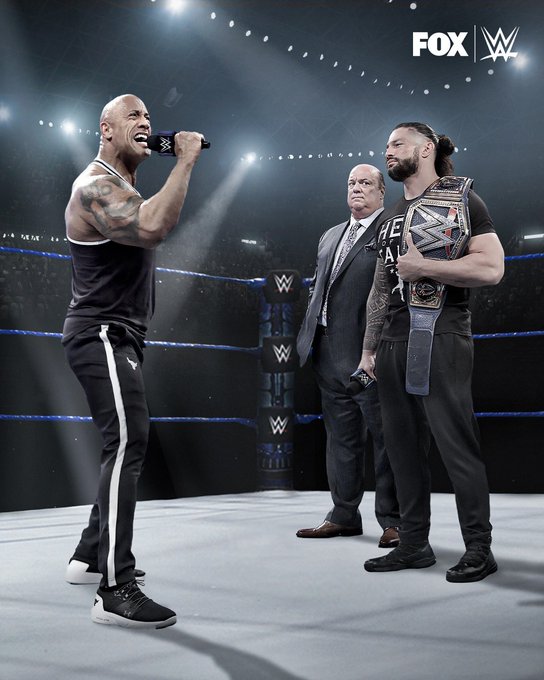 A road to #WrestleMania we’d love to see one day…

While that is a task in itself, there isn’t as much trouble for WrestleMania 38 as the rumored direction is another massive clash between Roman Reigns and Brock Lesnar.

It seems that Paul Heyman’s betrayal will be the only real way to get to The Show of Shows next year, as it would have been pointless teasing it for so long only for it not to happen.

#1. Shouldn’t: Roman Reigns isn’t likely to turn face just yet and should keep Paul Heyman by his side 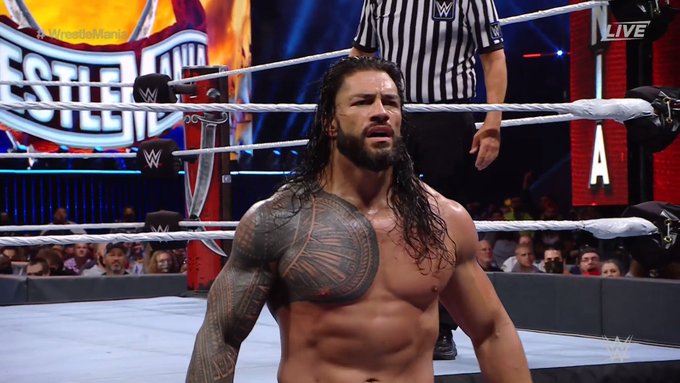 The biggest problem of a Paul Heyman betrayal on Roman Reigns is the fact that it could mean a babyface turn for The Tribal Chief. While that’s obviously the ultimate objective of this entire heel run, the moment hasn’t come yet where Reigns is in a position to turn babyface.

Surely enough, his incredibly powerful character work and alliance with Heyman has resulted in the cheers increasing over the last couple of months. However, a Paul Heyman betrayal would likely mean a premature face turn for Roman Reigns.

It won’t be anywhere as bad as his face run between late 2014 and 2018, but the moment isn’t right. For one, there has yet to be a credible challenger who looks like he can dethrone Roman Reigns. 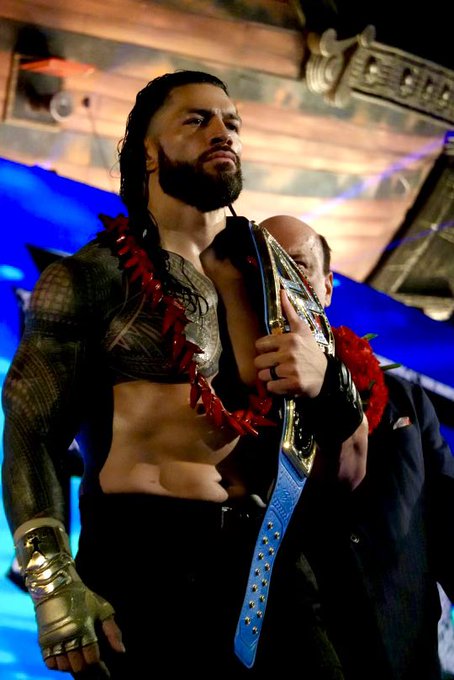 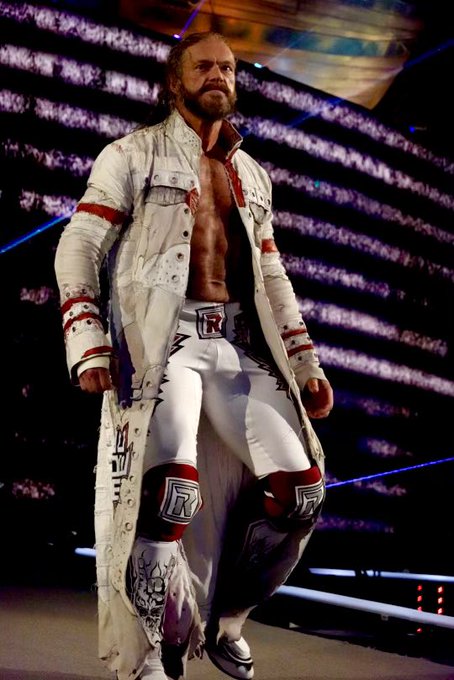 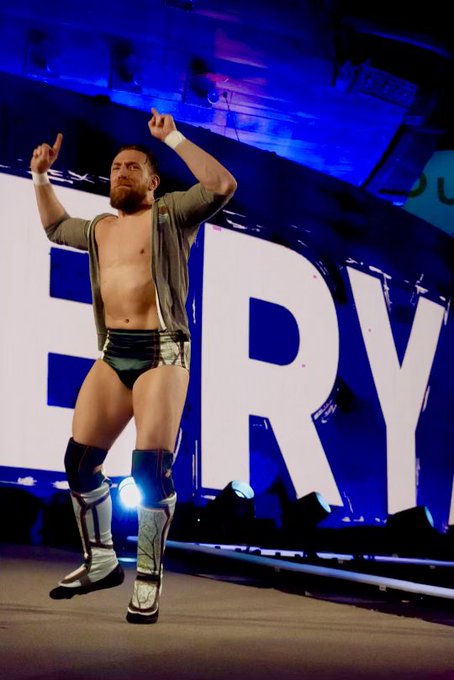 The likes of Edge, Daniel Bryan, Cesaro, Rey Mysterio, Kevin Owens, and more have tried but failed. Unless Reigns is in the right position to turn face, the betrayal by Heyman shouldn’t happen. It’s all about the right timing and placement.

#1. Should: Paul Heyman’s betrayal doesn’t mean a heel turn for him 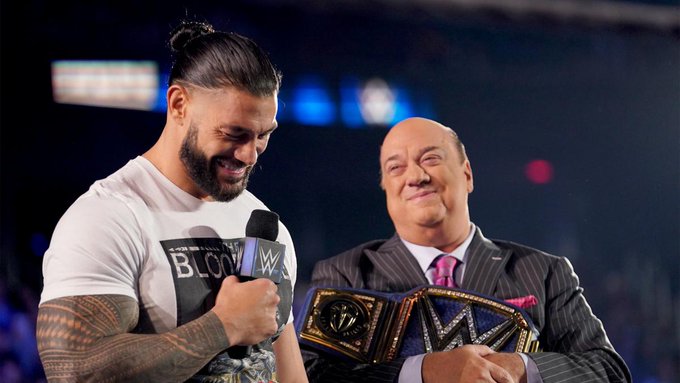 Paul Heyman doesn’t need to become a bigger heel by betraying The Tribal Chief. The biggest difference between the Roman Reigns-Brock Lesnar feud now and before is the fact that the dynamic and characters have shifted.

While WWE tried to use Lesnar as a monster heel to get Reigns over as a babyface, it simply didn’t work – neither in 2015 nor in 2018. In 2021, however, Roman Reigns is the heel and Brock Lesnar is the babyface – a change seemingly welcomed by fans.

While we argued that Reigns shouldn’t turn face anytime soon, he doesn’t need to. Paul Heyman betraying him and joining Lesnar could be done in a way where the advocate and special counsel member turns face instead. 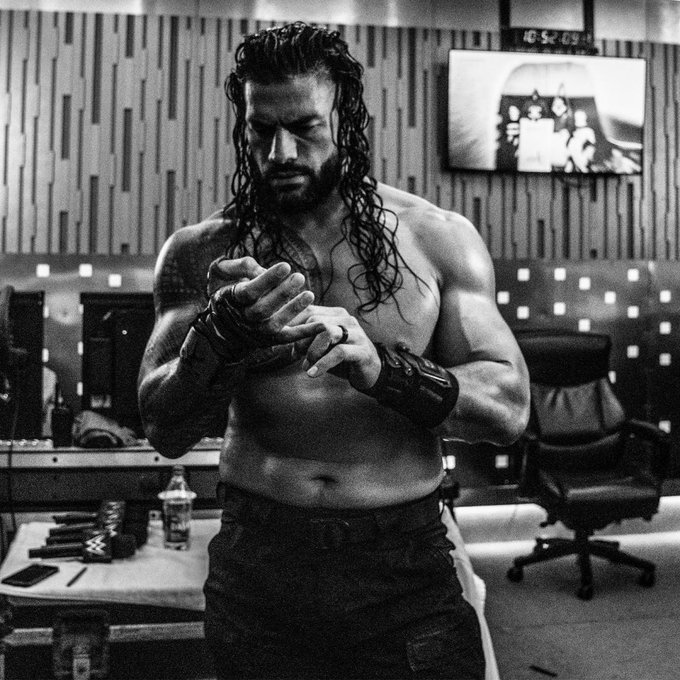 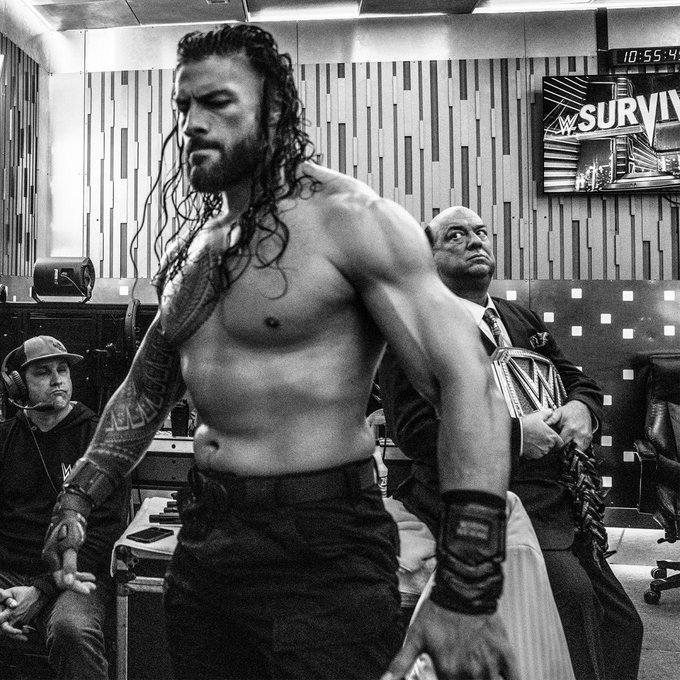 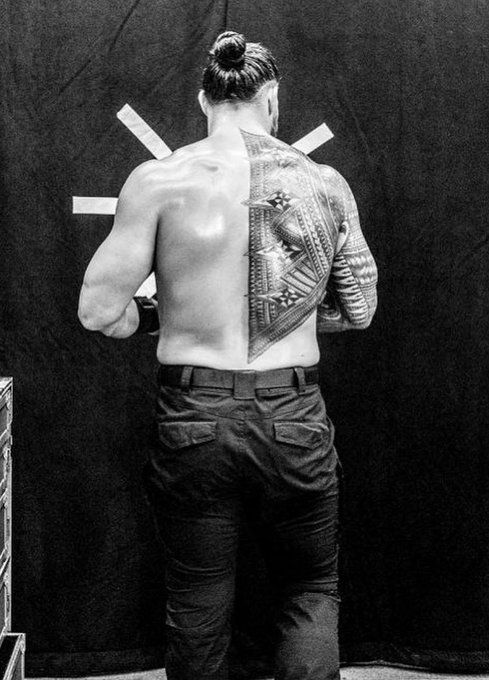 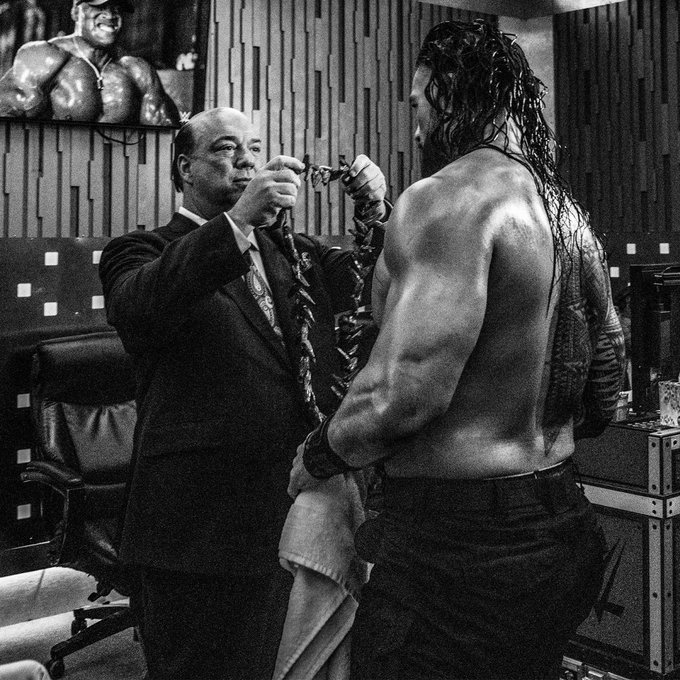 It would be used to enhance The Beast Incarnate’s status as a babyface and also Roman Reigns’ status as a heel. Before that can happen, there needs to continue to be tension between Reigns and Heyman, with the former likely asking The Usos to take him out for good.