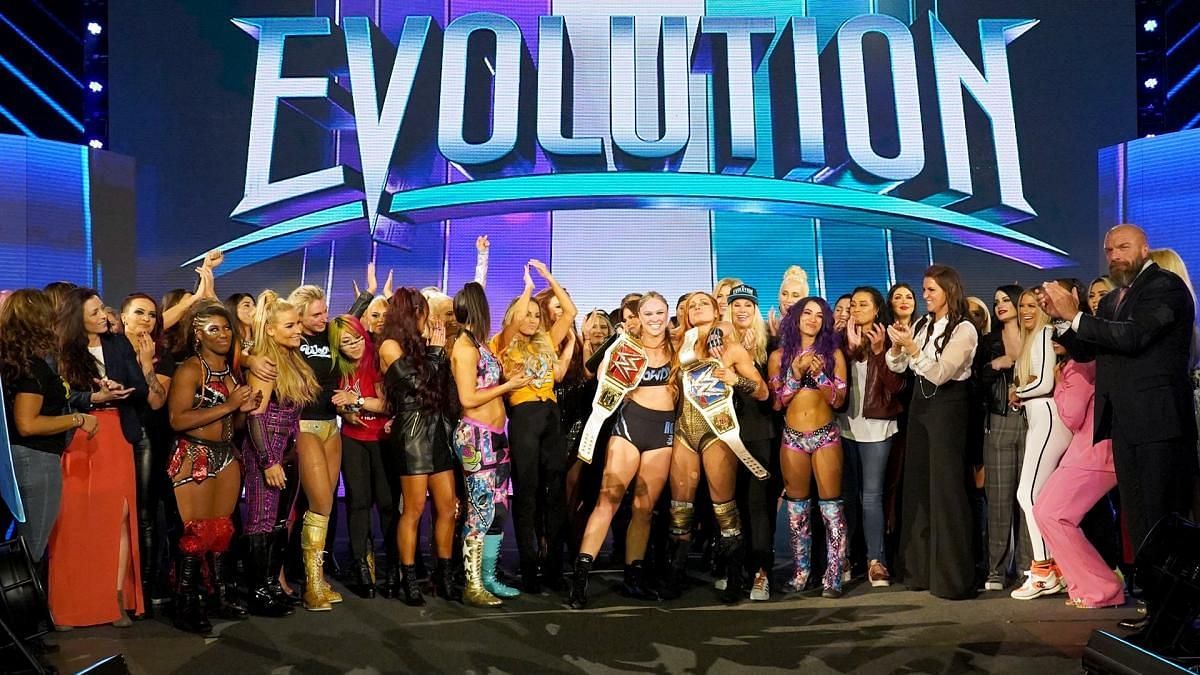 3 PPV’s WWE should bring back, and 2 they shouldn’t

WWE’s first-ever pay-per-view event took place in 1985 when the company hosted its first WrestleMania. Since then, the pay-per-view calendar has expanded, with WWE traditionally hosting at least one event every month.

Over the years, many pay-per-view events have grown into a life of their own. WWE’s Big Five, which includes WrestleMania, Royal Rumble, SummerSlam, Survivor Series, and, now, Money in the Bank, are the most profitable.

There have been events that the WWE Universe loves and some that didn’t stick. That being said, let’s look at three WWE pay-per-views that should be brought back and two that shouldn’t.

#5. WWE Evolution should be brought back 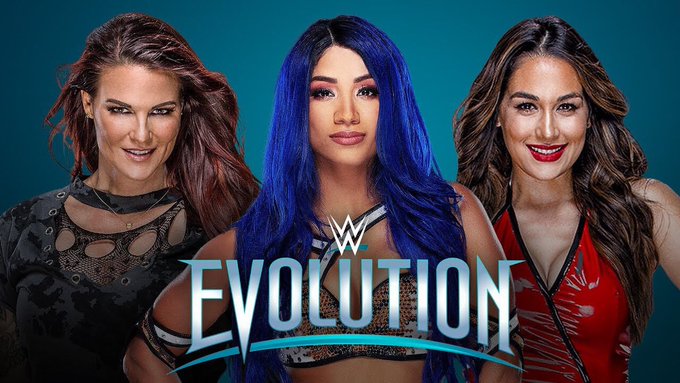 WWE presented their first-ever all-women pay-per-view in October 2018. Initially, the event only came about as a response to Crown Jewel in Saudi Arabia. Women, at the time, weren’t allowed to perform in the country.

Ronda Rousey defeated Nikki Bella to retain the RAW Women’s Championship in the main event. Today, the video of the match on YouTube has over 70 million hits and is one of the most-watched WWE videos of all time.

The women’s division deserves its annual pay-per-view. WWE could have two or three all-women pay-per-views annually. The focus shouldn’t be primarily on the male superstars, which currently appears to be the case.

All in all, it shouldn’t have been three years since we witnessed an all-women WWE event. Companies like NWA and IMPACT Wrestling have shown what can be done to keep it consistent. WWE needs to make it happen.

#2. WWE Great Balls of Fire shouldn’t be brought back

Remember when WWE did a show called Great Balls of Fire?

In 2017, WWE produced a pay-per-view event called Great Balls of Fire. That’s right, Great Balls of Fire. You’ve probably heard the song Great Ball of Fire by Jerry Lee Lewis. Someone in the WWE office must have been blasting it out and managed to convince management to name a big event using the name.

The name didn’t make any sense, especially for a WWE pay-per-view. It received a lot of criticism online, as you’d expect. Thankfully, the name has not been used since and shouldn’t be brought back any time soon.

#2. UK pay-per-views Insurrextion and Rebellion should be brought back

WWE Insurrextion took place on this day in 2001 from Earls Court, London! 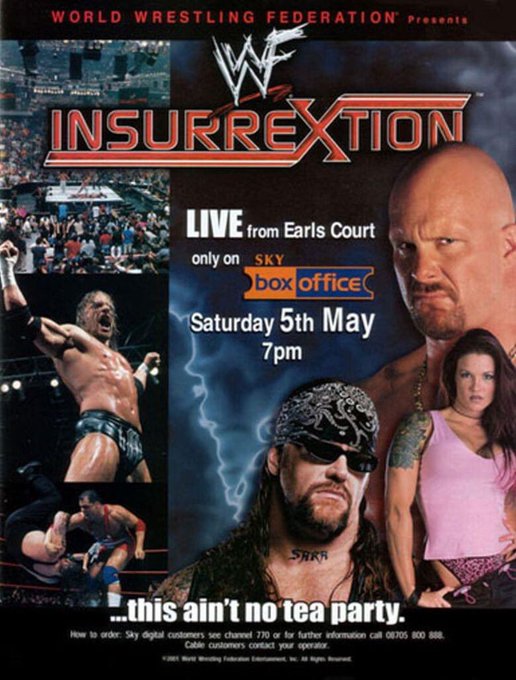 WWE Insurrextion took place on this day in 2001 from Earls Court, London! https://t.co/cFzAHPm2KD

This certainly ain’t no tea party. WWE should bring back their annual WWE UK pay-per-views, Insurrextion, and Rebellion. The company held these events each year during The Attitude Era and early into The Ruthless Aggression era before abandoning them.

Admittedly, The UK does get two sets of RAW and SmackDown TV tapings each year, but there’s nothing quite like a PPV. If anything, it’s long overdue, and the WWE Universe across the pond has been calling for a grand scale PPV event for some time. Surely it’s time to pull the trigger to make it happen.

#1. WWE should not bring back gimmick pay-per-views such as Elimination Chamber and Hell in a Cell

What a way to kick off @WWE #HIAC as @BiancaBelairWWE retains her #SmackDown #WomensTitle inside Hell in a Cell! 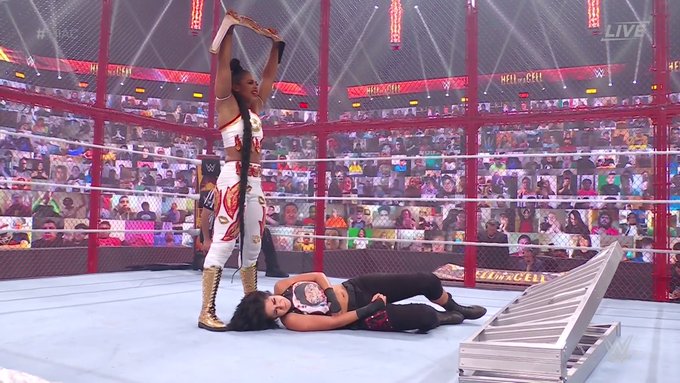 What a way to kick off @WWE #HIAC as @BiancaBelairWWE retains her #SmackDown #WomensTitle inside Hell in a Cell! https://t.co/UHChV6H8qh

One thing that’s become tiresome in WWE is the repetitive gimmick pay-per-views. The majority of the time, particularly for Hell in a Cell, the feuds heading into the PPV are not at a critical stage that warrants the match being contested.

As for the 2022 pay-per-view calendar, it appears that only the most popular gimmick events have been retained, such as Royal Rumble and Money in the Bank. It is a sigh of relief, and other gimmick PPVs should stay out for the foreseeable future.

I can’t believe WWE hasn’t brought back Cyber Sunday or Taboo Tuesday. It just makes so much sense with today’s society and their obsession for social media. 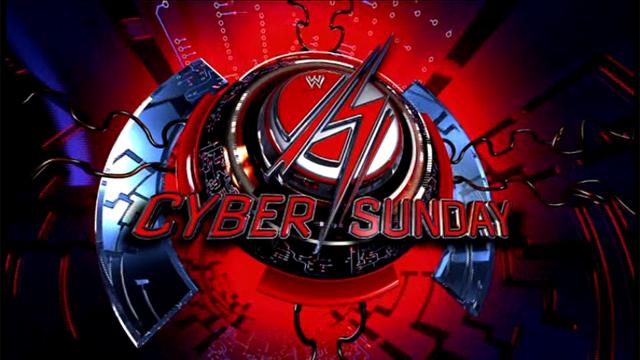 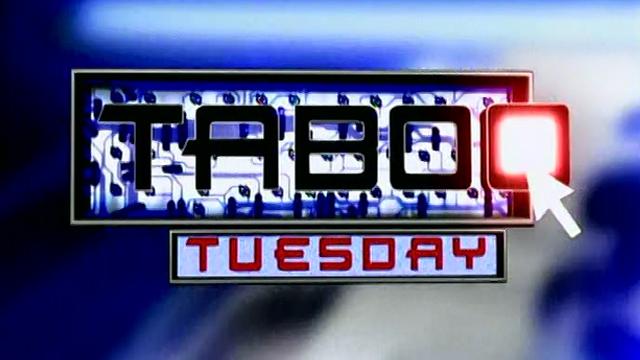 I can’t believe WWE hasn’t brought back Cyber Sunday or Taboo Tuesday. It just makes so much sense with today’s society and their obsession for social media. https://t.co/DKV7XS9Kdt

Some may say that WWE was ahead of its years with this pay-per-view concept. The event allowed the WWE Universe to choose opponents and stipulations. Polling was done directly through WWE.com, and the results were revealed on the night, which made for an exciting event.

Why WWE hasn’t brought back this pay-per-view yet is baffling. We have billions of social media users around the world across multiple platforms. They should take full advantage of social media and bring back a fan interactive event.