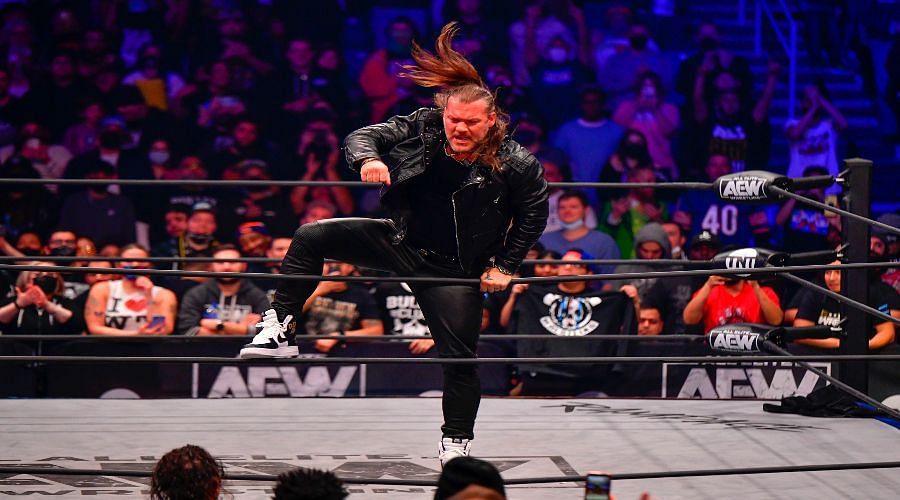 AEW Rampage on Black Friday was another example of what the program has become: a transitional show.

For AEW and Tony Khan, the Friday night program seems to be intended to fill in the empty spaces left from that week’s Dynamite while also adding a little extra sprinkle of spice to their ongoing storylines.

There’s nothing wrong with that. Considering its timeslot and the fact that it’s only an hour-long, Rampage serves its purpose as a natural link between episodes of their flagship Wednesday night show. It gets in and out quickly while putting a little bit of icing on the cake at the end of the week.

Having said that, Rampage still managed to throw us a few twists and turns and continued to help with the build-up to Winter is Coming.

Here are three big things that stuck out about the latest episode of AEW Rampage.

#3. Riho should NOT Britt Baker for the AEW Women’s World Championship

Are we looking into the future 🔮 #AEWRampage https://t.co/MB50IMLfHM

Riho earned the right to challenge Britt Baker after beating her on AEW Rampage. Let’s hope the champ dispatches Riho to move on to newer opponents.

Riho is extremely talented and was the inaugural titleholder. She’s respected by fans and always puts on a great show. Her athleticism and flexibility are on another level.

Having said that, Riho shouldn’t be the one to take Baker’s title. If anyone is going to dethrone the D.M.D., it should be Ruby Soho or Thunder Rosa.

#2. Adam Cole is ridiculously over with the AEW audience

.@AdamColePro ready for action in our opening match! #AEWRampage https://t.co/n2KzoAi6yf

Is Adam Cole supposed to be a heel? If he is, someone needs to inform the fans. They cheer him on like he’s the biggest hero in the promotion

Despite aligning himself with The Elite, the crowd is firmly behind Cole. His very simple phrase, “Adam Cole, Bay-Bay!”, is echoed throughout every arena he performs in.

AEW has a handful of performers who get an instant reaction when they make their entrance. CM Punk, Bryan Danielson, Darby Allin, and Malakai Black come to mind immediately.

Now, Cole is one of those guys. He hasn’t just been embraced by the AEW faithful, he’s been adopted as part of the family. It’s getting obvious that he will be aligning with Bobby Fish against the Elite at some point. It’s likely when Kenny Omega makes his return.

#1. Eddie Kingston has become a cult hero in AEW

Kingston originally entered AEW as a heel, but then reality took over.

The respect that The Mad King gets is well-deserved. After years of struggling, he’s finally on the biggest stage of his career. Like a bounty hunter down to his last few bullets, Kingston saved his best shots for last.

The effusive and emotional article he wrote for The Player’s Tribune illuminated why Kingston is admired by fans. He’s real.

On this week’s episode of Rampage, The Mad King answered Daniel Garcia’s challenge and rallied back to score the victory. He immediately got jumped by 2point0, only to see Chris Jericho leave the announcer’s table and make the save. The two fan favorites then acknowledged each other in a mutual sign of respect.

This week’s episode of Rampage was not flashy or explosive but helped to advance storylines and start the process of closure for others.

It’ll be interesting to see the cards produced for AEW’s number two show heading into December. There will likely be at least a few high-profile matches to whet the fans’ appetite. After all, the air is getting chillier because Winter is Coming.

What did you think of this week’s episode of AEW Rampage? Share your thoughts in the comments section below.