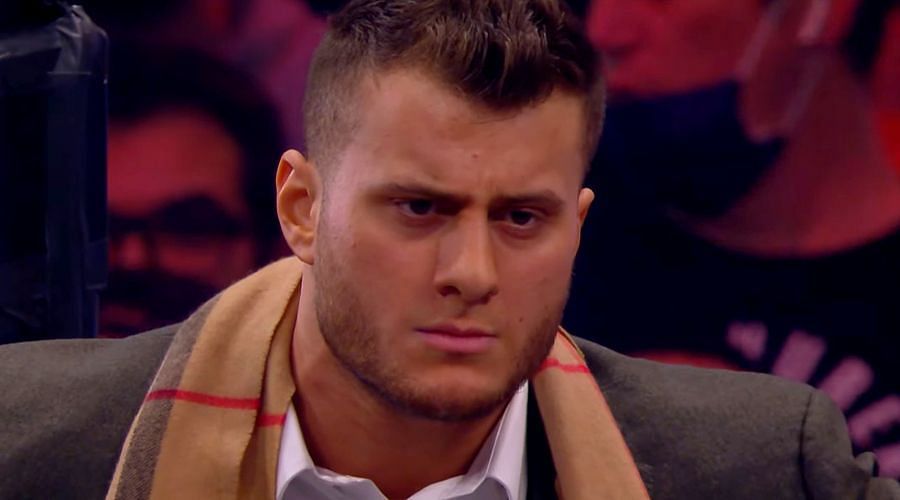 It was the Thanksgiving episode of AEW Dynamite this week, and there was plenty on the table for the show.

There was the early appetizer of a CM Punk vs. MJF feud. That was followed by a sweet glass of comedy from Dr. Britt Baker, D.M.D., a buffet of talent in an eight-man tag team match, and then topped off with a hot main course when Bryan Danielson had a face-off with Hangman Adam Page.

Of course, many moments pleased the palates of AEW fans on the show. Let’s sink our teeth into three big takeaways from this week’s delicious episode of Dynamite:

#3. It’s pretty clear AEW fans view Cody Rhodes as a heel, no matter how he sees himself

Will these four be able to band together? #AEWDynamite https://t.co/n7sGDgoDU7

It’s been several weeks in a row now where The American Nightmare has been rejected by fans, despite portraying himself as a red, white, and blue hero.

This night was no exception, as every time that Cody tagged into the match, he was jeered by the audience. At one point, the heels even had him trapped in the corner and were putting the boots to him. So basically, they were cheating to get some heat.

Instead of booing? The crowd ERUPTED in cheers as Rhodes got pummelled.

It’s a crazy thing to see, as Cody really hasn’t done anything heelish to make the fans turn on him. It’s just been an organic development.

For Rhodes and AEW, this continues to be the elephant in the room: Cody isn’t a babyface anymore; he’s a heel despite his actions. And the fans keep trying to send him that memo loudly.

#2. The situation between Bryan Danielson and AEW World Champion Adam Page is boiling over

Bryan Danielson has vowed to take every member of The Dark Order out until he gets his shot at the AEW World Title. This week, his victim was Chicago native Colt Cabana, who got decimated in his hometown by The American Dragon.

Danielson has definitely earned his opportunity. As the current #1 contender, he’s already had one skirmish with The Hangman, and that continued this week. The two had a brief exchange before they tore into each other and let their fists fly.

Danielson has definitely cemented himself as a full-fledged heel, as he not only chastised the crowd but took pleasure in the fact that he kicked one of Cabana’s teeth out.

.@bryandanielson celebrating another human losing a tooth by his hands

.@bryandanielson celebrating another human losing a tooth by his hands

While it’s doubtful that Danielson would dethrone Page this early in his title reign, their eventual showdown will be a great contrast in styles — The Hangman as the back alley brawler and The American Dragon a mat technician and striker.

When it finally does happen, it should make for a legendary AEW Championship encounter.

#1. The war of words between MJF and CM Punk sets up a great feud for AEW

Without going into detail, let’s just say that these two terrific talkers pretty much savaged each other in dueling promos this week.

In the end, Punk was basically as cool as cranberries while he made his young challenger look like the turkey. At one point, the Straight Edge Superstar even suggested that he should punch MJF right in his gravy boat. (Even though he used a little more ‘colorful’ expression than that.)

It’s November but it is BOILING in Chicago #AEWDynamite https://t.co/KN4i0Mz0TH

Ever since Punk entered AEW, the audience has been wondering when these two mic masters would finally cross paths. Well, now they finally have. And just like two relatives squabbling at the Thanksgiving dinner table, this thing is going to get real ugly, real fast.

The latest Dynamite show was a very solid showing for AEW as we inch closer and closer to their special event, ‘Winter is Coming,’ on December 15th.

And even though it may be getting colder and colder outside? Things are red hot in AEW right now.

What did you think of this week’s episode of AEW Dynamite? Share your thoughts in the comments section below.