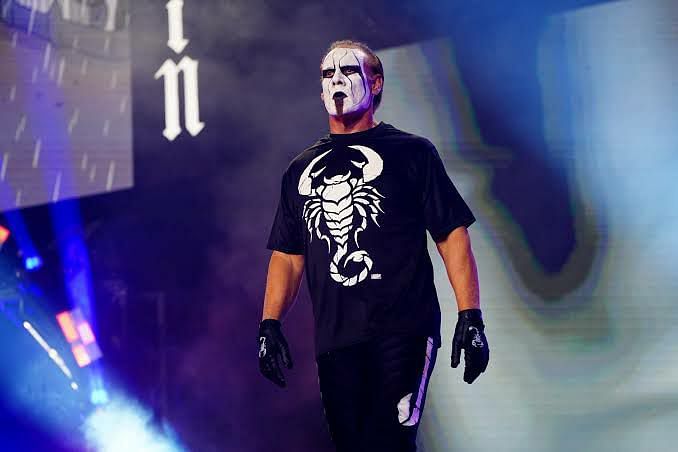 Sting joined AEW nearly a year back at the Winter Is Coming edition of Dynamite. The show was already memorable because of Jon Moxley vs. Kenny Omega for the AEW World Championship.

Cody Rhodes was laid out by Brian Cage, Powerhouse Hobbs, and Ricky Starks, and, suddenly, the lights went out. Music played, snowy scenes appeared on the titantron and, ten seconds later, Tony Schiavone blurted out “IT’S STIIIIIIING” for the first time in 20 years on TV.

Sting has been a great signing for AEW. From mentoring Darby to wrestling in cinematic matches to making an unlikely in-ring return, The Icon has stunned audiences over the last year. As glorious as his AEW run has been, there are a few moments Sting would like to put behind him. With that said, let’s look at Sting’s three best moments in AEW and two of his worst.

Sting made a partial return to action as he and Darby Allin took on Team Taz at AEW Revolution 2021 in a cinematic street fight.

The match was the perfect way to showcase Sting without overexposing him. Darby Allin took care of the high-risk spots while his tag team partner popped up for the big spots.

Sting and Allin came out on top. The match was fun and did its job perfectly. It was a precursor to things to come in the future.

Sting’s first few weeks in AEW saw him do a lot of interviews and make the occasional save for Darby Allin. All that changed on the 17 February 2021 episode of AEW Dynamite.

Taz had had enough of The Icon and demanded he show up in the ring as Hook and Brian Cage surrounded The Human Suplex Machine. Sting showed up with his bat. Taz manipulated Sting to drop the bat, and it proved to be a poor decision.

Sting went for Brian Cage. Hook took the bat and attacked The Vigilante as The Machine powebombed Sting in the middle of the ring.

Sting suffered a career-ending injury at the hands of Seth Rollins in 2015, so fans held their collective breath as Cage dropped Sting on the mat. It was the first time the latter was on the receiving end of a beatdown, and it didn’t make for a pretty sight.

Sting was brutally attacked by MJF, Shawn Spears, and Wardlow while Darby Allin recovered from a backstage attack from The Pinnacle.

MJF was boasting about putting Sting and Darby Allin out of action when The Stinger’s music played. It was a ruse as The Salt of the Earth began laughing. However, the lights went out and Sting showed up.

He proceeded to attack Wardlow and Spears with his bat as MJF made his way to the ringside, where a returning Darby Allin ambushed him. This was the perfect setup for their match at Full Gear. Their match at AEW Full Gear was probably the best match of either man’s career.

Tony Schiavone was scheduled to interview Sting on AEW Dynamite. The first question was about Darby Allin but, before The Stinger could speak, MJF cut him off as he made his way to the ring.

In typical MJF fashion, he berated Sting. He took it too far when he brought up Lex Luger being in a wheelchair. The Icon attacked MJF and had the upper hand before Wardlow and Shawn Spears interfered.

The numbers game was too much as The Chairman repeatedly struck the wrestling legend with a steel chair. MJF set up a chair as he grabbed Sting’s head to deliver another message to Darby Allin.

The beating Sting took was probably the worst of his AEW career. He was at the complete mercy of MJF, who used him as a prop to deliver his message to Darby. This was quite possibly the worst night of Sting’s AEW career.

#1. Best: Sting returns to in-ring action at Double or Nothing

Sting having a real match at Double or Nothing. This PPV is stupid stacked wtf #AEWDynamite

Nobody expected Sting to fight a regular match again after a botched Buckle Bomb by Seth Rollins at Night of Champions 2015 ended The Icon’s career.

While The Icon was in a cinematic street fight at AEW Revolution earlier this year, not many felt Sting could still do it in a live match. That argument was put to bed when Sting and Darby Allin took on The Men of the Year in a tag team match.

Surprisingly, the match was normal as Sting wowed audiences. A crafty counter on Scorpio Sky transitioning into a Scorpion Death Drop gave Sting his first win in AEW in a match that will be remembered for reintroducing Sting to in-ring action.