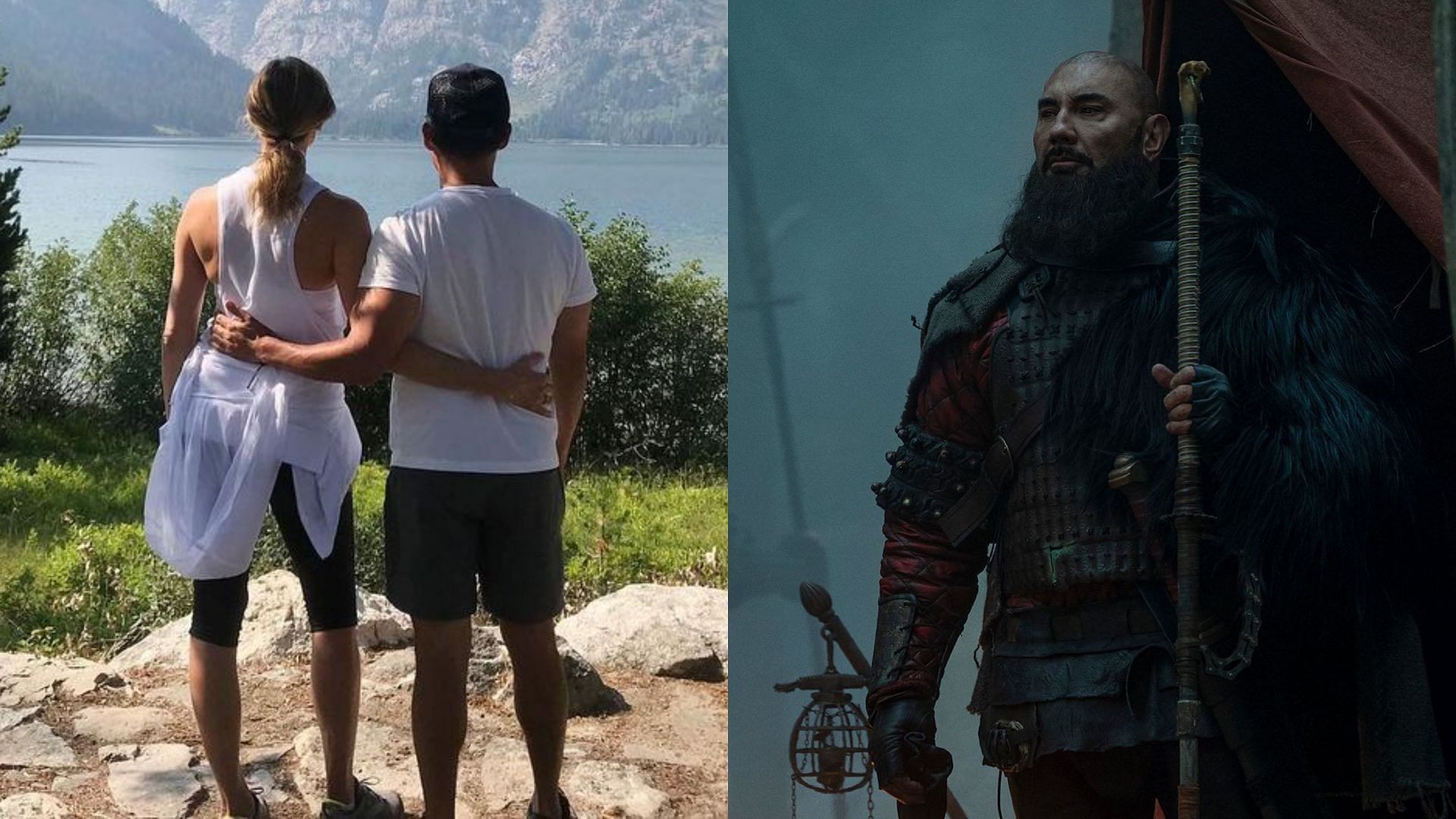 10 WWE Ruthless Aggression Era stars: Where are they now?

The Ruthless Aggression Era witnessed the rise of several WWE Superstars. While a few of them are still working in Vince McMahon’s company, others have taken different paths.

In mid-2002, WWE Chairman Vince McMahon announced the start of a new era which he referred to as “Ruthless Aggression.” The WWE locker room was then full of top wrestling talent after McMahon bought WCW and ECW. Several young talents also debuted in WWE in 2002, including John Cena, Randy Orton, and Batista.

Many of the era’s stars are now retired and working in other businesses. Others are still active competitors but in rival promotions. Only a few are still in WWE.

Here are ten WWE Ruthless Aggression Era stars and where they are now.

John Cena was arguably the greatest WWE Superstar of the Ruthless Aggression Era. He made his main roster debut on June 27, 2002, answering Kurt Angle’s open challenge. When the Olympic Gold Medalist asked him what made him think he could go toe-to-toe with him, Cena answered “ruthless aggression.”

Angle defeated Cena after the latter gave in an impressive fight. Nonetheless, the 44-year-old went on to become one of the most accomplished WWE Superstars. He is now a 16-time World Champion.

After many years of being the face of WWE, Cena recently became a part-timer. He has competed in only five WWE matches in the past three years. His last bout came last August against Roman Reigns at SummerSlam, in which he lost.

Away from the squared circle, Cena is currently a Hollywood star. He recently starred in The Suicide Squad and Vacation Friends.

Trish Stratus was probably the most popular WWE female wrestler during the Ruthless Aggression Era. The 45-year-old also became the most decorated women’s champion at the time.

The seven-time Women’s Champion had several historic feuds with legends like Victoria, Mickie James, and Molly Holly. However, her rivalry with Lita was her most famous. The two real-life best friends were the ultimate enemies on-screen. Their feud led them to main-event Monday Night RAW.

The WWE Hall of Famer’s career as a full-time WWE wrestler only lasted six years. Stratus retired at Unforgiven 2006 as Women’s Champion after defeating Lita for the title.

After hanging up her boots, Stratus married her high school sweetheart Ron Fisico. She gave birth to their two children in 2013 and 2017.

Stratus currently owns a yoga studio. She also acted in a few movies and worked on a few other projects. The WWE Hall of Famer recently joined Canada’s Got Talent judge’s panel.

Batista made his WWE debut in mid-2002 to become one of the most accomplished superstars of the Ruthless Aggression Era.

The 52-year-old’s rise to stardom started when he joined forces with Ric Flair, Triple H, and Randy Orton, forming Evolution. As part of the group, he won the World Tag Team Championships, alongside Flair, and the 2005 Royal Rumble match. Nonetheless, he later turned on Triple H and defeated him at WrestleMania 21 to capture his first World Heavyweight Title.

Between 2005 and 2008, Batista won several other championships. The Animal’s success continued for two more years before he left WWE in 2010. He later returned to WWE for two other brief runs before announcing his retirement from in-ring action in 2019.

Batista is currently a Hollywood star. He recently starred in Army of the Dead, Dune, Guardians of the Galaxy, and See.

Victoria was one of the top female WWE Superstars of the Ruthless Aggression Era. The 50-year-old joined WWE in 2000 but did not make her televised in-ring debut until mid-2002. In November that same year, she defeated Trish Stratus to capture her first Women’s Championship.

In the following years, Victoria feuded with a few superstars, including Trish Stratus and Molly Holly. She also won the Women’s Title for the second time in her career in 2004.

The former Women’s Champion left WWE in 2009. She competed in IMPACT Wrestling and on the independent circuit for nearly a decade before announcing her retirement in 2019. Nevertheless, Victoria returned to WWE earlier this year to participate in the Women’s Royal Rumble match.

The wrestling legend is now one of the hosts of GAW TV, alongside IMPACT Knockouts Champion Mickie James and former IMPACT star SoCal Val.

Randy Orton is one of the few Ruthless Aggression Era superstars who are still in WWE. The Viper made his in-ring debut in 2002 and soon became one of the top talents in the business. Like Batista, he was part of Evolution.

In December 2003, he captured his first gold, defeating Rob Van Dam for the Intercontinental Title. It was the start of a legendary career that saw him win 14 World Championships so far, in addition to many other belts.

The 41-year-old is currently active on Monday Night RAW as part of RK-Bro, alongside Riddle. The two superstars hold the RAW Tag Team Titles and recently defeated The Usos at Survivor Series.

Lita‘s WWE career thrived during the Ruthless Aggression Era, although she debuted a few years earlier. The 46-year-old took part in several famous storylines, including the one in which she married Kane. The former Team Extreme member also engaged in a historic feud with Trish Stratus.

During the Ruthless Aggression Era, Lita won the Women’s Title three times before retiring as a four-time Women’s Champion in 2006. Following her retirement, the WWE Hall of Famer made several sporadic WWE appearances. She also worked briefly as a WWE producer and color commentator.

In March 2020, Lita, alongside former WWE Superstars Gail Kim and Christy Hemme, announced their intention to establish a new wrestling show called “KAYfABE.” They launched a crowd-funding campaign on Kickstarter to raise money for the pilot episode. Nevertheless, the campaign did not succeed.

Lita currently continues to attend autograph signings in addition to selling her merchandise. She also likes to travel around, as it shows on her Instagram account.

Chris Jericho joined WWE in 1999 and instantly became a top star in the company. Although he was very successful before, The Ruthless Aggression Era also saw Jericho engage in entertaining storylines and feuds with superstars like Shawn Michaels, Trish Stratus, and John Cena.

The former WWE Champion also won several titles between 2002 and 2008, including the World Tag Team Championship and the Intercontinental Title. Jericho left WWE in 2010 but returned a year later to spend another eight years in Vince McMahon’s company. He departed again in 2018 and joined AEW the following year.

The Demo God is currently an active competitor in AEW. Jericho is also the host of the Talk Is Jericho podcast and the lead singer for Fozzy.

Torrie Wilson joined WWE only a year before the start of the Ruthless Aggression Era. Nonetheless, despite not winning any championships in WWE, Wilson was one of the most popular female superstars on the roster.

Between 2002 and 2008, the 46-year-old went into some entertaining feuds with superstars like Dawn Marie, Nidia, and Candice Michelle. As the Ruthless Aggression Era came to an end, Wilson also retired in May 2008.

After her retirement, Wilson made several sporadic WWE appearances and competed in two Women’s Royal Rumble matches. Away from the ring, she became a web-based fitness instructor and blogger. The WWE Hall of Famer is currently the CEO of FITTENSITY, which aims at helping 40+ women get fit.

John Bradshaw Layfield was an established superstar on the WWE roster in 2002. Nonetheless, he only transitioned from a mid-card wrestler to a main-event player during the Ruthless Aggression Era.

The 54-year-old adopted the JBL gimmick in 2004 after the disbanding of the APA, establishing himself as one of the best heels in WWE history. A few months later, he captured his first-ever WWE Championship. He held the title for 280 days before losing it to John Cena at WrestleMania 21.

The following few years saw JBL continue his success in WWE. In 2009, he officially announced his retirement from in-ring competition. In the following years, he made several WWE appearances and worked as a color commentator.

In 2017, JBL stepped away from the commentary table to focus on other projects. Although he occasionally appears on pre-show panels, the self-made millionaire is currently a businessman and financial commentator.

Like Torrie Wilson, Stacy Keibler never won a championship in WWE. Nonetheless, she was one of the most popular female superstars during the Ruthless Aggression Era.

Keibler joined WWE in 2001 and took part in several storylines and feuds with superstars like The Dudley Boyz, Test, and Trish Stratus in the following years. Her WWE run, however, only lasted for five years. The 42-year-old left Vince McMahon’s company in 2006.

After her WWE departure, Keibler acted in several movies and TV shows. She also started dating Hollywood megastar George Clooney in 2011, but their relationship ended two years later. In late 2013, she went into a relationship with Future Ads CEO Jared Pobre. The couple married in March 2014. They now have three children.

Keibler and her husband currently own a skin-care company for men called “Caldera + Lab.”